Allow Myself to Introduce … Myself … 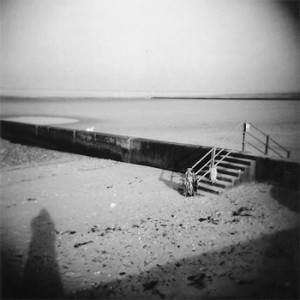 It was suggested that I include a photo of myself with this entry. That is my shadow in the lower lefthand corner.

I am relatively new to the saltwater hobby, having jumped into it in late 2006 having never kept anything other than two goldfish I won at a fair when I was seven.  (One goldfish ate the other goldfish and then eventually died as goldfish are wont to do.)  I am one of the many women who has been tricked into convinced to keep a reef tank by my saltwater obsessed (ex-)boyfriend.  Yes, the boyfriend is past tense but my small, expensive, messy, frustrating, amazing, occasionally beautiful box of synthetic ocean water is still very much present in my living room.  I have had a love-hate relationship with my saltwater tank for some time now, the hate portion reaching its zenith during the massive tank crash I had when I moved into the apartment I currently inhabit.  I currently have a 60 gallon hair algae/flatworm breeding farm reef tank and I still have a lot to learn about the art of reefing. 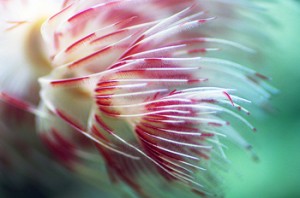 A coco worm in my reef tank.

So, given all of that, why should you listen to me?  Well, I am a scientist – not a marine biologist, or oceanographer, or a chemist – but a scientist nevertheless.  I am an evolutionary biologist and I enjoy viewing the reef hobby through that lens and hopefully I’ll have something to say that provides some insight on the animals that we keep in our tanks.  I mean, I know an awful lot about their adaptations and evolutionary history, even if I can’t get my phosphates down to zero!

I also have a passion for taking photographs.  Once of the ways I was tricked convinced to start a reef tank was for photography.  “Think of all of the photos you could take of your tank,” the 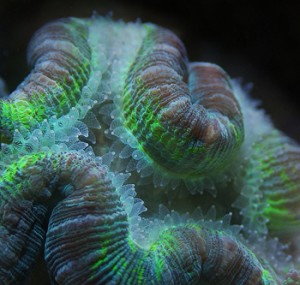 ex-boyfriend said.  He did not warn me that I would need to spend twenty minutes scraping the glass and re-gluing the corals dislodged by my aquascaping fish before I would have my perfect pictures; but in spite of all that, I’ve taken almost 800 photos of my own reef tank and the tanks of friends I’ve met through the hobby and some of them are not too shabby.

So that’s what I have for you: evolutionary theory, photography, and the musings of someone who is still very much trying to get it right when it comes to this hobby.  I also add a little sarcastic snarky cynical colorful commentary, something necessary to any successful blog project.  You can find me on the manhattanreefs forums as ellebelle and as an occasional contributor and visual editor of reefsmagazine.