One of the biggest frustrations with keeping smaller reef aquariums, particularly those under five gallons, is in finding fish species that are suitable for such tight accommodations. Despite the vast biodiversity of coral reef ecosystems, surprisingly little of this ichthyofauna is of an appropriately small size, especially when it comes to fishes that actively swim about. There are a few viable options—Trimma gobies, Aioliops dartfishes, the Redspot Cardinalfish (Apogon parvulus)—but these tends to be quite delicate and often difficult to find for sale. And this is why blue-eyes might be the perfect reef-safe nano fish. 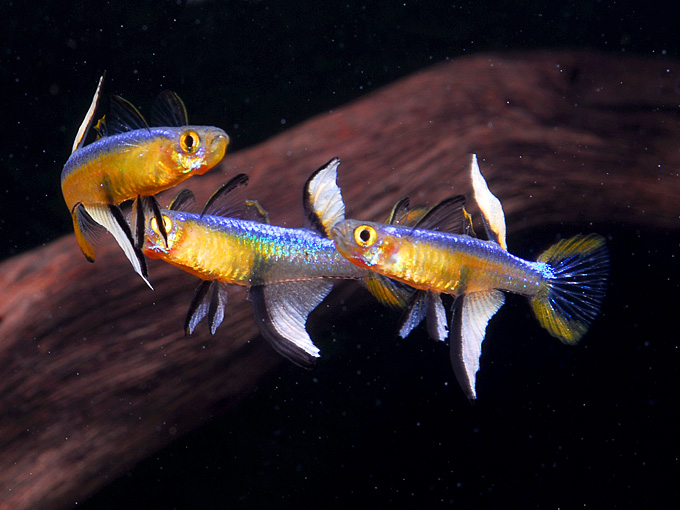 If you’re at all familiar with blue-eyes, it’s from having encountered them in freshwater aquariums, as several of the most popular species now being bred commercially in large quantities. The group belongs to a small family of around 20 species, the Pseudomugilidae, which occurs only in portions of Australia and New Guinea. These, in turn, belong to the larger Order Atheriniformes, which includes the many rainbowfishes and silversides that often abound in Australian freshwater habitats. Elsewhere in the world, it’s generally the ostariophysan fishes (tetras, minnows, catfishes, etc) that dominate this niche, but Australia’s longstanding remoteness resulted in it instead being colonized by marine groups, like the atheriniforms.

It’s likely that this ancient marine ancestry helps to explain why blue-eyes are so comfortable in marine environments, even though the group is predominantly restricted to freshwater habitats. The variety of water conditions blue-eyes occur in is astounding and includes acidic peat swamps, oligotrophic ponds, alkaline clearwater streams, mangrove estuaries, and, yes, even occasionally full marine conditions. The latter is exceptional and only applies to a few species which live in regions exposed to drastic tidal shifts, but, because of the mercurial nature of these habitats, these euryhaline species will put up with just about any water conditions… making them ideal for acclimating to a reef aquarium.

Pseudomugil is by far the largest genus in the family, with 16 known species (as well as a few other cryptic populations that will likely be elevated to full species rank when the group receives further study). Of these, only a couple are adequately salt-tolerant and regularly available to aquarists. The most frequently seen is the Pacific Blue-eye (Pseudomugil signifer), which ranges up and down the tropical and subtropical coastline of Eastern Australia. It occurs abundantly in a wide variety of freshwater habitats, including some highly acidic swamps, but, importantly, it can also regularly be found in brackish and marine conditions. And it takes an equally laissez-faire attitude when it comes to its preferred water temperature, having been found from 59-82℉, making this one of the more adaptable fishes around. 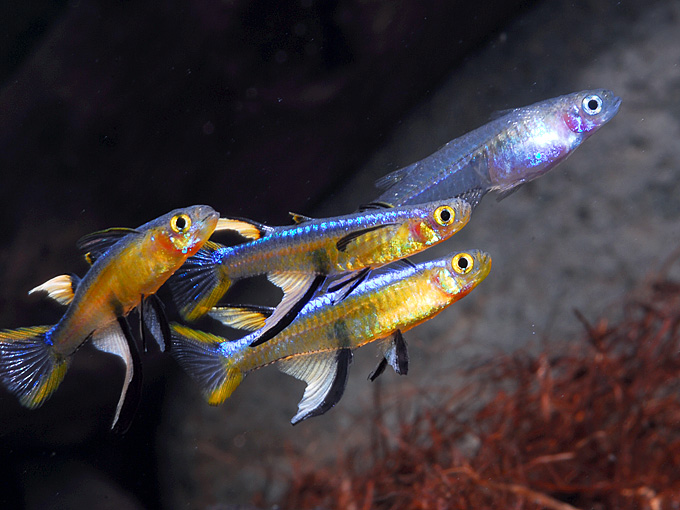 But an even more attractive option is the Blueback Blue-eye (Pseudomugil cyanodorsalis), which sports a yellow body accented by colorful fin margins and a reflective blue stripe. This fish is native to the coastal drainages of Northern Australia, where it has been reported from both pure freshwater and hypersaline conditions (40ppt, 1.030), indicating a wide salt tolerance. And this is borne out by reports from aquarists who have successfully kept it in both pure freshwater and full-strength saltwater. Matt Pedersen of MiniWaters, who offers this species online from a local breeder, relates that he has acclimated specimens from brackish conditions straight into either salt or freshwater without any issues, and there is even a report from another aquarist who had a specimen that jumped out of a saltwater aquarium into a nearby freshwater tank and lived through the ordeal just fine. However, there is at least some anecdotal evidence to suggest that this species fares poorly longterm without some salt in its water, tending to develop cloudiness across the body before ultimately dying off prematurely.

With a maximum size of little more than an inch, both of these fishes would fare well in a nano reef. The natural diet is comprised of various worms, insects and crustaceans that are taken near the water’s surface, which means that blue-eyes should pose absolutely no threat to coral or other marine invertebrates. A diet of flake food, perhaps supplemented with a bit of mysis or bloodworm, is all that’s necessary for growing them into breeding condition. Males become a bit more robust and develop longer finnage, which they make spectacular use of in their dramatic intraspecific displays. Since these fishes are naturally shoaling, it’s wise to always keep a large group of Pseudomugil together, allowing the males to safely interact with one another without causing themselves too much harm. 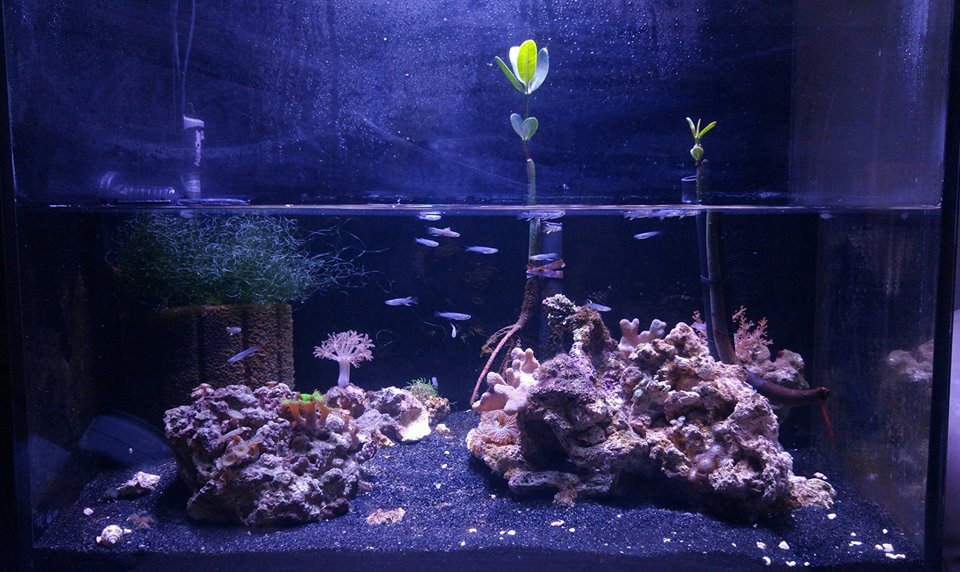 If there is one downside to blue-eyes, it’s that these are naturally short-lived fishes (but then so are nano-sized gobies, dartfishes and cardinalfishes). Most aquarists report the typical lifespan being less than two years, which will necessitate regular restocking, but, since these typically cost only around $8-$15, they are quite a bit cheaper to replenish than just about any other marine options. Or, better yet, you could just breed your own supply. With a spawning surface provided, a shoal of Pseudomugil will regularly pump out eggs which, if placed into a separate aquarium, can be raised without too much effort. So, in addition to being beautiful, inexpensive, peaceful and reef-safe, blue-eyes are also potentially self-perpetuating… making these a perfect nano fish.