Recently, all of my conservation and science posts have been fairly dark in tone and content. From the seeming futility of local preservation, to the ongoing and unexplained mortality in the Flower Garden Banks National Marine Sanctuary, it is easy to get the (accurate) impression of how over-stressed global coral reefs are as an ecosystem. In contrast to this doom and gloom, recent research by a large group of scientists led by Joshua Cinner of James Cook University, published in the leading journal Nature, investigates what, if anything, makes certain areas of extremely high biomass unique.

Their method? As they succinctly put it: “learning from outliers”. In other words, If one were to survey thousands of coral reefs, one would generate an expected performance given the local context of the reef (the authors explicitly state local socioeconomic and environmental conditions as examples of this context). Within each of these given contexts, the health of each reef will either be better than expected, or worse than expected. What the researchers sought in this study, were the reefs that were doing much better than expected (two standard deviations away from the expectation), or so-called “bright spots”. Also determined were reefs of the opposite condition: “dark spots”. 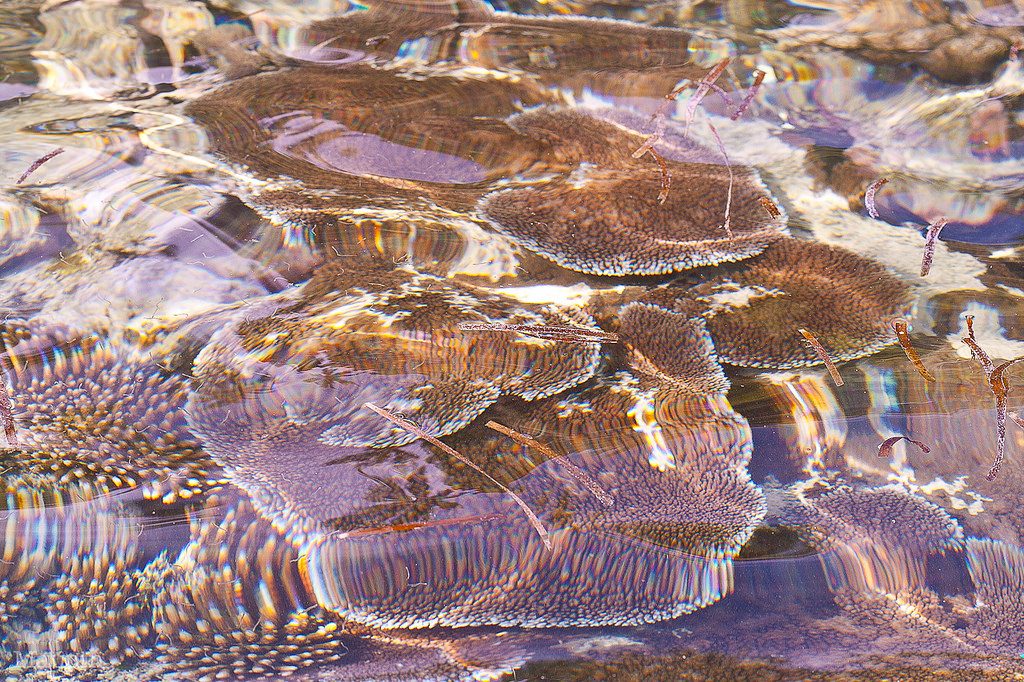 Lagoon in the Western Province of the Solomon Islands, home of some of the study’s reef “bright spots” Image Copyright 2010, Christopher Maupin. Do not use or reproduce without permission.

A model of how reef fish biomass related to 18 environment variables of what we referred to above as the context of the reef was developed through the examination of 2,514 coral reefs in 46 nations and states. Well-known environmental factors (such as depth) were controlled for, as the goal of the model is to determine which management and policy practices contribute to to more biomass.

Dark spots, on the other hand, were sites that strongly under performed given their context, and some of the listed locations were surprising. Mauritius, Kenya, Hawaii, Tanzania, Jamaica, Madagascar, the Seychelles, the Northwestern Hawaiian Islands, Australia, and Venezuela all contained sites that exhibited significantly lower than expected fish biomass properties. These dark spots contain very few social taboos or engagement, but were prone to see intensive fish netting, a high presence of motorized vessels, fish freezers to extend take abilities, and a history of environmental shocks such as bleaching and tropical cyclones.

To conclude, the authors make a compelling argument for a detailed research agenda documenting the discovered “bright spots”, down to the finest level of social and market drivers. However, even Cinner et al. capstone their Letter by remarking that reducing greenhouse gas emission remains the lynch pin for any success in the long term of implementing successful drivers of reef health and performance.