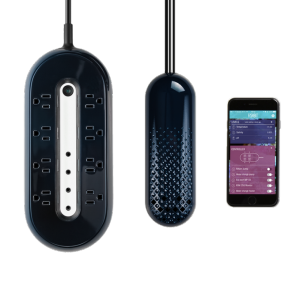 Aquarists have been excited about Fishbit since its first Kickstarter was announced over a year ago. In fact, Fishbit reached its crowdfunding goal in 24 hours, an impressive feat for any tech start-up, but uniquely impressive for an aquatics based one. Fishbit was picked up by Highway 1, a group of investors in San Francisco who provide capital and resources to hardware companies. It’s not only been fun learning more about the device, but it’s also been exciting to watch as it comes full circle. I’ve followed Fishbit closely since I first learned of it, and several months ago Nathan Levine (founder of Fishbit creator Current Labs) sent me a beta version of the device (The one they shipped to the kickstarter participants). I wrote several articles about my experiences with Fishbit from a long-time aquarist’s standpoint, and highlighted some concerns I had with the beta version. Now Fishbit has moved out of beta, and the company has launched a second Kickstarter campaign, this time allowing aquarists a chance to pre-order the finalized version of the device at a reduced cost. After talking with Nathan and receiving an update on Fishbit’s status, it seems like some of my concerns have been taken care of, the largest of which was a software glitch that caused live transmission of aquarium water conditions to freeze up.

Some recent reports about Fishbit have elevated the device outside of what existed in beta form. While it’s great to see Fishbit evolve from the beta version, which was in many ways a disposable controller due to electronics being encased in silicone on the aquarium’s wet-side, along with a non-replaceable probe, it’s important for aquarists to understand that this new version of Fishbit hasn’t been tested by aquarists or hobby media. With Fishbit’s first round of beta testing, a host of issues were uncovered, which the development team has used to refine the device’s production version. In an effort to bring discussion and expectation surrounding Fishbit to ground level, let’s take a closer look at the device, especially in how it relates to other controllers, currently established in the market.

The beta version, the new version and ease of use: 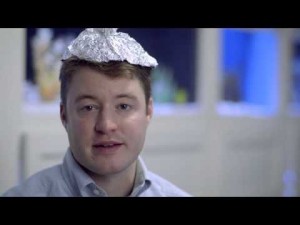 Both the beta version of Fishbit, and the improved production version, house all the devices’ sensors and probes in a sleek black plastic case. This is done for two reasons: one is entirely cosmetic, as the sleek black case looks better than multiple free standing probes, while the other is to prevent build-up of algae and debris around the probes and sensors. Being black, it’s less likely that Fishbit’s case will show algae or bacterial film, as it ages in saltwater. The beta version of Fishbit that testers received, placed all the electronics in the water with the probes, using silicone to seal them up from saltwater. Power was provided via a wireless (magnetic) power pack that uses induction to transfer power, meaning that no physical wires were within the tank – a novel idea but one that failed with beta testers for a variety of reasons. This raised two concerns with me: one, silicone is prone to failing, especially after long periods in saltwater. If the seal fails, and saltwater breaches the electronics, the device would be destroyed. Second, while the magnetic power pack was cool and sleek, wireless electronics are horribly unreliable and prone to frustrating flaws.

Now, Fishbit’s production version places electronics on the tank’s dry side and replaces the magnetic power pack with traditional hardwiring. It means there will be a wire running out of Fishbit from the aquarium, but concerns about seal failure and power glitches should be resolved. However the vertical wires going into the electronics side, right next to the saltwater, should create some cause for concern as no matter how well you seal them, those wires are a highway for saltwater and salt creep. I personally feel it would have been wiser to store the electronics in a safer location away from the aquarium.

Fishbit’s software is said to have gotten an overhaul for the production version, including a repair of the glitch that caused water quality monitoring to freeze up. Fishbit works by taking a water test every five minutes, sending that data to the cloud and allowing the cloud to update parameters in the application, while also sending push notifications in the event of potentially drastic changes. It should be noted that this frequency of update is approximately 90x more than my apex that seems to update about every 15 seconds, or faster. It is here also that it should be noted that there is no local display device and the FishBit requires an internet connection to operate. Additionally, and unlike other controller solutions on the market, it requires their cloud service to be online. This could be a big concern for potential customers because without that cloud service, the FishBit has no value whatsoever. For a company using crowdfunding for support, that might raise some eybrows – and understandably so as I doubt many customers realize this point.

Fishbit is entirely wireless, meaning the device doesn’t need to be hard wired into a router to function, and can be connected anywhere there is wi-fi signal. Like the beta version, the production version will only work on 2.4 GHZ signals, and not on 5 GHZ (or AC) signals. This caused me a great deal of grief with my Apple router and required a ton of advanced troubleshooting on my side to make it work. Once I did that, connection was quick and easy. However, simple connection bugs like this which can easily be troubleshot by a tech novice or expert, would send a tech newbie into a tail-spin.

One of Fishbit’s most exciting promises was notifying the user when water quality took a sharp turn in another direction, while offering tips on how to correct that. At the time of the beta release, Fishbit’s app didn’t seem to offer any such tips. It did notify aquarists when water chemistry changed, but didn’t offer any solutions on what to do about it. I am not sure if the production version of Fishbit’s software will include that feature, though Nathan has told me it’s in the queue for inclusion down the road. Nathan and I discussed the possibility of having Fishbit connect aquarists with reliable information, written exclusively for Fishbit by aquarium experts. This would aid new aquarists in finding reliable information and prevent them from getting lost in the sea of misguided aquarium wisdom that exists online. While it’s a possible future feature, as of right now (and in the production version) it isn’t included.

From my vantage point, based on personal beta experience and marketing for Fishbit’s production version: aquarist’s will get an easy to use aquarium monitor and controller, that offers monitoring of three water parameters: salinity, ph and temperature, while also monitoring water level. At this point, the controller is simple when compared to more advanced, market entrenched systems, as it only allows for on-off control of devices. This means that the Fishbit will be entirely unable to do something like power an ozone generator and switch it off if ORP rises above 400. In fact, the production version of Fishbit is incapable of measuring ORP. Whether Fishbit will be as handy as controllers like the apex at dosing kalkwasser or running a drip, using ph measurements to turn devices on and off, while notifying users of dramatic changes, remains to be seen.

Fishbit has announced introductory prices, and honestly it falls closely in line with controllers already on the market. There are many configurations available on the Kickstarter but the best value for marine aquarists is likely the Fishbit plus bundle, which includes the monitor plus and controller plus, retailing for $ 700.00. For early Kickstarter pre-orders (which are all purchased now), it will cost $ 455.00, a pretty fair discount.

Some aquarists seem to feel that the Fishbit has failed its original promise of providing monitoring over a host of parameters: calcium, magnesium, alkalinity, etc. After talking with Nathan, it’s quite clear the development team looked into these possibilities closely, and even experimented with adding them into the final version of Fishbit. However, adding these parameters proved to greatly increase the level of technical skill required to operate Fishbit, and greatly increased the system’s cost. Based on this, Current Labs decided to scrap such features for the initial production version of the device, relying on monitoring of the three most common water parameters.

Ease of use, compared to other controllers: 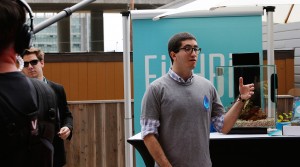 One thing I’ve found amid the information swirling around online about Fishbit, is various comments about how easy the device is to set-up. It’s true that much of the awe factor inherent in opening an aquarium controller (lots of probes, wires, modules, etc) isn’t present with Fishbit. However, aside from saving you time plugging some things in and cleaning up wires, Fishbit’s installation and usability isn’t that dramatically different from other, even more advanced controllers.

I’ve read reports claiming that Fishbit outperforms other controllers by a wide margin when it comes to ease of set-up and use, and having used the Fishbit as well as other popular aquarium controllers since their inception, I have to say that I disagree with that sentiment. It’s also worth noting that other controllers use a web based access, meaning that it can accessed from any mobile device using only a web browser (there is no app to download). Also, this means it can be accessed from any internet connected computer, something that Fishbit is unable to allow, as it works using only the mobile application. As of my testing of the FishBit, the only way to connect to it is via an iOS device via an internet connection to their cloud service. No standalone, onsite, monitoring and control is available nor does it seem planned. 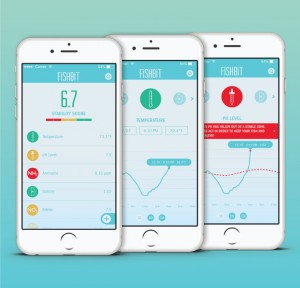 Before I could advise aquarists on whether or not I personally see Fishbit as a worthwhile expenditure given the price, I would have to spend some time using the final production version. $ 700.00 is a sizable price for the system, given Fishbit’s limitations. For comparison, an apex Gold bundle costs $ 99.95 dollars more than Fishbit, and includes salinity, ORP, ph and temperature monitoring and control, a handheld display, and cross-platform control right out of the box. apex has a wide range of expandable options and cool add-ons, plus a proven track record of reliability, including third-party support of various equipment. The big test will be just how reliable Fishbit proves to be when it’s released later this year, and how the system evolves once in the hands of aquarists.