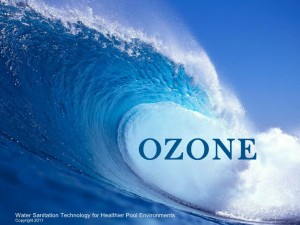 EDIT: I have received notice that I was incorrect in using the term Oxygen Redox Potential to describe ORP. Commonly ORP is described as Oxidation Reduction Potential. However, in his book “Water Chemistry for the Marine Aquarium” published in 2005, author John H. Tullock gives an in-depth description of ORP. He describes redox as “…the tendency for redox reactions to occur in a solution. The redox potential of a complex solution such as seawater is the sum of all redox potentials present. Page # 15” Because aquarists using ozone are often attempting to use ORP as a measure of seawater quality, or create better quality water, I describe it as Oxygen Redox Potential, which would be better stated as redox potential. This gives an overall view that in reality we are measuring the sum of all redox potentials in the seawater, to gauge how effectively oxidization is taking place. Though, the term that most applies to aquarium literature is Oxidation Reduction Potential.

Aquarists become so desperate during an ich outbreak that often they will do anything to cure their fish and return the tank to harmony. While ich isn’t often fatal, various species react different to the parasite and without treatment it can become like a plague, looming over the aquarist’s head as more and more fish fall victim. If the parasite infects gill tissue, the fish’s respiration rate increases giving the parasite the upper hand.

It was an ich invasion years ago that forced me to separate my fish and reef aquariums, creating two distinct systems. Treatments for external parasites on fish are 99% of the time fatal to corals and invertebrates. It seems like even when treatment is administered or fish develop natural immunity, ich has a way of making a grand appearance from time to time. Water borne parasites are usually highly contagious in captivity. In the wild, natural currents along with environmental factors make external parasite infections far less common. In aquaria, where we are operating a closed system, the perfect environment for these simple life forms is created. Curing an outbreak of ich can be a nightmare, not only because the parasite is quite resilient, but also because truly curing it requires a lot of work. Netting all the fish from the tank, moving them into a hospital aquarium and treating them, while the main tank remains fallow for a period in excess of a month. Considering this is impossible for some aquarists (due to space or time restrictions) some have wondered if ozone can cure an ich outbreak.

I previously talked about ozone in another post, so I won’t break open the intricate details and benefits of using it here. Ozone does have a chlorine like effect on water, oxidizing nutrients and killing pathogens. Ozone is confined to a reactor connected to the aquarium, most often the protein skimmer. Any residual ozone entering the aquarium would spell disaster for livestock, so the gas is filtered out via carbon before entering the water. This means that ozone is never present in aquarium water, but simply completes its reaction within the skimmer before being filtered out. In reality, ozone in and of itself doesn’t offer the benefits normally touted when implementing an ozone generator. The benefits come in the form of having water with a higher oxygen redox potential, which thus gives the tank’s bacterial filter a head start at breaking down waste.

So how could ozone effect parasites:

Since ozone is an oxidizer it can kill pathogens; ich and other parasites included. Since ozone within the main aquarium would kill off all other life, it cannot freely sterilize all the water within the tank. Aquarists are often left with the same conundrum found when implementing ultraviolet sterilization. Yes, some parasites are killed reducing their overall numbers, but not enough to rid fish of infection nor enough to quell an outbreak. One thing working in ozone’s favor is that the flow rate through a protein skimmer is much higher than that of a UV sterilizer. For a sterilizer to be effective in eradicating parasites, the flow rate over the UV light must be slow. This means that often you can’t turn much water over 100-200 gallons per hour and guarantee that water passing over the UV bulb is parasite free. Obviously less water pulled through a sterilization media per hour, equals less sterilization overall.

Ozone can be pulled through a protein skimmer at whatever flow rate the skimmer runs at. It’s important to consider that the skimmer’s dwell time is a factor, as ozone is more effective if it has a few moments to react at the air/water interface. Essentially though ozone is sterilizing the water as quickly as the protein skimmer is moving water through it. I might be overstating when I say this, but I would make a pretty confident conjecture that ozone is more effective overall at killing marine parasites when compared to UV sterilization alone.

If the ozone generator is running and protein skimmer dwell time is encouraging an oxidizing reaction, then it’s fair to assume all water leaving the skimmer has been rendered parasite free. The problem is that ozone cannot be running all the time and certainly not a high intervals. Ozone also has a very quick reaction time, often less than 30 seconds. Ozone is used in conjunction with an ORP (oxygen redox potential) controller, only kicking on when the ORP falls below a certain point. 450mv is considered a maximum ORP for maintaining a reef tank and not killing off any livestock. Anything beyond 600mv and it’s possible to sterilize the tank by killing all life within it. So it’s very possible for ORP to be at a nice healthy 450mv but the ozone is simply turned off, the tank having already reached the desired ORP.

So now, the aquarist is limited not only by the fact that ozone’ reaction occurs in one isolated reactor but also by the fact that it’s not constantly running. The benefit over UV sterilization gained by a higher flow rate is suddenly lost during times ozone is kicked off. When it comes to which process (UV or ozone) is more effective at killing pathogens, essentially we have a draw.

It’s true that both UV sterilization and ozone are more effective at killing parasites in a bare-bottom tank with no live rock. Ich and other parasites make their home in substrate and on rock, creating a cyst (much like they do on fish) protecting them as they multiply. Without live rock or substrate, ich struggles to find a safe place that isn’t within the reach of either sterilization mechanism. Using either option in a bare bottom tank, combined with daily cleaning of the tank bottom with a siphon hose would create an environment where ich could be greatly reduced. Even still, it’s very hard to kill all the parasites in this manner, due to ich’s extended life cycle and the fact that cysts on the fish are entirely protected from the UV bulb or ozone generator. At this point ozone or UV, daily tank bottom cleanings and multiple individual dips would be required to truly treat that parasite over all life stages. By then, it would have been just as easy (and less costly) to remove fish to a hospital tank and leave the display fallow.

Many aquarists have asked me, “what about implementing both ozone and a UV sterilizer, shouldn’t that do the trick.” It’s true that using both, you are now moving more water (possible twice as much) over a sterilization medium. In the skimmer, ozone is oxidizing parasites and in the sterilizer, UV radiation is breaking down their DNA and killing them. Sadly it’s the same problem, different day. The weakness in both sterilization methods isn’t getting water through the sterilizer, it’s that ich is in more places than just the water column. Some is encrusted on the fish, protected by both a slime coat and cyst. Others are encysted in substrate or on the tank bottom, while others could be within overflows, filtration chambers or covering live rock. These are all places where UV and ozone have no effect. Since ich cysts rupture only to release thousands more parasites, re-infection is highly likely before infected water is passed into the skimmer or through the UV.

While there are benefits to both UV and ozone use, normally aquarists do not implement them for the primary purpose of preventing parasitic outbreaks, or as a parasite cure. To date, there is no one form of filtration that can rid our water of parasites. If such a device existed, it would likely be the best-selling aquarium product of all time. That said, UV or ozone use can deplete ich parasites within the water column. Does this give livestock a better than average chance of beating the parasite using their own immune system – that is anyone’s guess. I’ve never seen a study that offers a definitive answer to that question, though I have seen studies show that effluent from UV sterilizers didn’t product a 100% parasite free environment. A study was conducted that showed ich infected fish remained parasite free after being kept in a bare bottom, ozone treated aquarium. Since ich’s life cycle can go beyond 23 days, it’s unsure whether the fish were truly cured of the parasite.

Most aquarists implement ozone for other benefits, such as the increased water clarity and nutrient breakdown enhanced in high ORP environments. UV sterilization has a similar host of benefits and serves as the easier, cheaper and less daunting of the two processes.