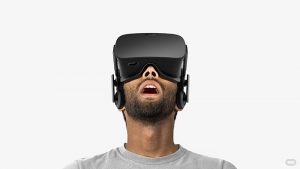 I spend a lot of time researching. In fact, it consumes the vast majority of my time. As a science fiction writer, I am always looking for new material. Research takes me to websites catering to underground conspiracy theorists, all the way up to online astrophysics courses offered by major universities. Often, it’s simply jumping from rabbit hole, to rabbit hole, chasing a lead of information until it either escapes, or ends up the premise of a book. I research the aquarium world with the same veracity. Everything from the social implications of keeping reef tanks, all the way down to ground breaking new methodologies. Since the start of the anti-aquarium movement, I’ve spent a lot of time hunting down information about societies’ views of marine aquariums. This includes both public and private tanks, and how humanity interprets the hobby. Are they viewed as educational and beneficial, or are they seen as animal and environmental abuse?

Overall, I feel you can categorize people familiar with the anti-aquarium movement, into three genres. Genre one, are those dead-set against any form of animal captivity, avid contributors or financial backers of the Humane Society, who are working tirelessly to end marine aquariums in all their forms. Genre two, are folks in the middle, whom often disagree with marine mammals in captivity, but see some benefits to large public aquariums, and even private home reefs. Believe it or not, the grandson of legendary ocean explorer Jacques Cousteau, Phillipe Cousteau, falls into this category. Publically he has stated that he feels marine aquariums offer unique benefits, both for public education and scientific research, but is against keeping certain marine mammals in captivity. Genre three, are those of us that are aquarists, and understand thoroughly the benefits of private and public aquariums, and have a passion for aquaria.

Scanning comments sections to articles on the anti-aquarium movement, and browsing message boards and Facebook groups, I stumbled upon an interesting question for genre one. “What do you suggest we use to replace public (or private) aquariums, how will we allow the general public to experience, and fall in love with, oceanic life, in a world where marine aquariums have been outlawed?” The replies seemed to fall between two categories: virtual aquariums, or high resolution ocean video. 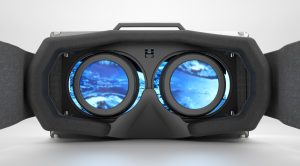 With the release of the Occulus Rift, and the HTC Vive, virtual reality (once the realm of science fiction), is now an actuality. Even Samsung’s Occulus’ Gear VR was a major leap forward, putting virtual worlds, literally in the palm of your hand. Right now, there are a host of VR ocean exploration games. I downloaded one, for my Samsung Gear VR, and was quite surprised at the level of realism and authenticity it offered. Being a diver, I’ve been in the water with sharks, manatees and on coral reefs, several of the underwater landscapes the game offers. It was a great way to introduce my daughter to oceanic life, and within minutes she was able to encounter a Great White Shark in a shark cage, and swim with a playful manatee. Sure, it wasn’t quite like being in the water with any of those animals, though the dread of staring into milky seawater, waiting for a Great White Shark was real, as was the joy of a manatee getting close and swimming around you. Considering that the full-fledged Occulus Rift can tap into the graphics processing power of a gaming PC, and isn’t limited by mobile processors and graphics platforms, the possibilities are truly endless.

Even more exciting, is the fact that drones are now making the leap (or should I say dive) to underwater. Already, several consumer level drones exist on the market, which can explore the depths, recording live video and sending it back to the operator. This means that drone technology can be implemented by ocean explorers, opening up the ability to explore the ocean, without disturbing any of the animals. Already both drones and submarines have been disguised to look like ocean animals, and have spent considerable time underwater, watching how different species interact. This footage could easily be retrofitted into virtual reality, giving the user a full underwater virtual experience.

The argument by many against marine aquariums, is simply that keeping marine animals in captivity will soon be antiquated, and easily replaced by virtual experiences, which may be far more authentic than cramming fish and corals into tiny acrylic or glass boxes. In fact, many against marine aquariums have expressed online, that they hope “at home virtual oceanic experiences” will lower the attendance of public aquariums. People will be able to boot up an experience in minutes, and are saved from long lines, rising admission costs and dealing with a literal sea of people. 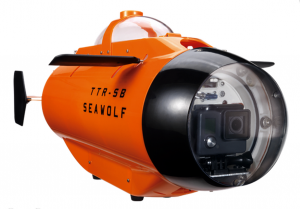 The thought that virtual reality experiences can replace marine aquariums, truly shows the ignorance of the anti-aquarium movement. In believing this a possibility, they are looking at one tiny part of owning a marine tank, the ability to view oceanic animals. What they forget, is that aquarists love the challenge of keeping unique species. We enjoy learning about the bio-chemistry of ocean animals, and working to replicate that in captivity. The science of keeping a marine aquarium, is just as fascinating as the animals themselves. Often, tasks that non-aquarists would view as frustrating chores, marine aquarists love. We enjoy watching how dosing schedules effect water chemistry, and enjoy implementing techniques to encourage coral growth. All of this cannot be replicated by virtual reality. Sure, someone could offer a game, where you manage a marine aquarium, but in comparison to really caring for one, it would seem artificial and superficial.

Yes, there may be a segment of the population that chooses a VR ocean experience, over a drive to a public aquarium. Yet even then, activists are discounting a whole fraction of what makes visiting a public aquarium fun. Interacting with animals in person, potentially exploring a new place and embarking on a charming day trip, are all things that virtual reality cannot replace. I can’t think of a single marine aquarist, who would trade their tank for a virtual experience. In fact, as a long-time marine aquarist, the whole idea seems rather ridiculous.

The future of aquariums, isn’t in virtual reality: 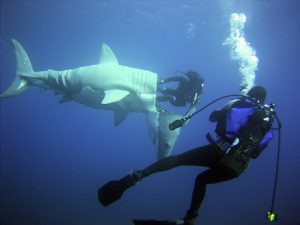 I simply don’t think the future of public or private aquariums, will be solely in virtual reality. Certainly I cannot see the public aquariums of the U.S. and abroad, closing their doors, because patrons have chosen a virtual experience in lieu of a real one. While I hope that the future of private marine aquariums is sustainable livestock, enhanced technology to maintain water chemistry and a rise in available captive bred species, I don’t think it will be an artificial “virtual” experience. When anti-aquarium activists suggest we adopt virtual reality, over our living, breathing aquariums, they truly demonstrate how out of touch they are, with the aquarium community. That is perhaps their greatest flaw, placing their beliefs onto a community of passionate, intelligent people, who care just as much about oceanic life, as they do.