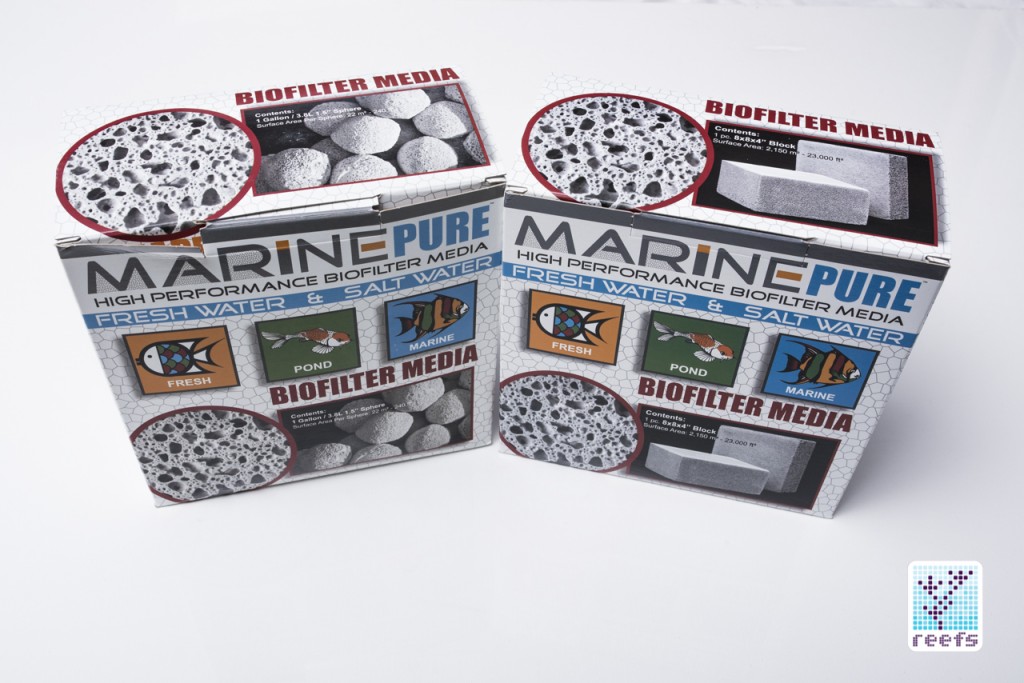 Every man-made aquatic ecosystem, be it a reef tank, a tropical freshwater aquarium, or a backyard pond, works on a similar principal – the natural processes occurring in a confined environment strive to achieve chemical balance, essential to sustain the life that they host. In order to maintain that equilibrium, aquarists use several types of filtration devices in their systems. No matter the environment, the most important and efficient type of filtration is biological – colonies of beneficial bacteria that break down harmful ammonia (NH3) originating from uneaten food, fish waste, and other decaying matter, into less toxic Nitrites (NO2), and later to Nitrates (NO3), in a process known as the nitrogen cycle. These bacteria occupy all surfaces in a fish tank – aquarium glass, décor, plants, and, in reef tanks, live rock. The aquarist’s goal is to provide an optimal surface on which the bacteria to grow and the best way to build healthy colonies is to use various types of biological media. The product I am showcasing today, a ceramic media, is my personal choice for both saltwater and freshwater tanks, prime “real estate” for nitrifying bacteria to grow.

CerMedia is a company based in Buffalo, NY, that has been producing ceramic biological media in-house since its establishment in 2009, and offer a wide range of products in various shapes and forms for both commercial and residential applications. Interestingly, the company also produces ceramic media for biological filtration in municipal and industrial installations to filter large volumes of waste water. The aquarium line of products is called MarinePure and can be used in freshwater and saltwater tanks, as well as outdoor ponds and other systems where efficient biological filtration is crucial for the well-being of their inhabitants. 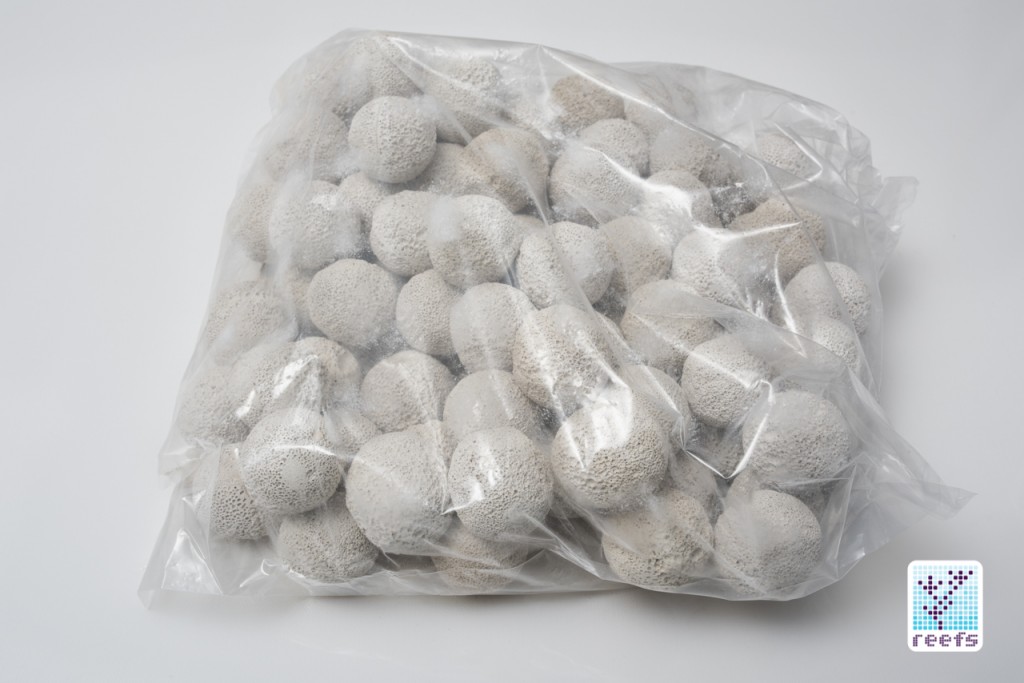 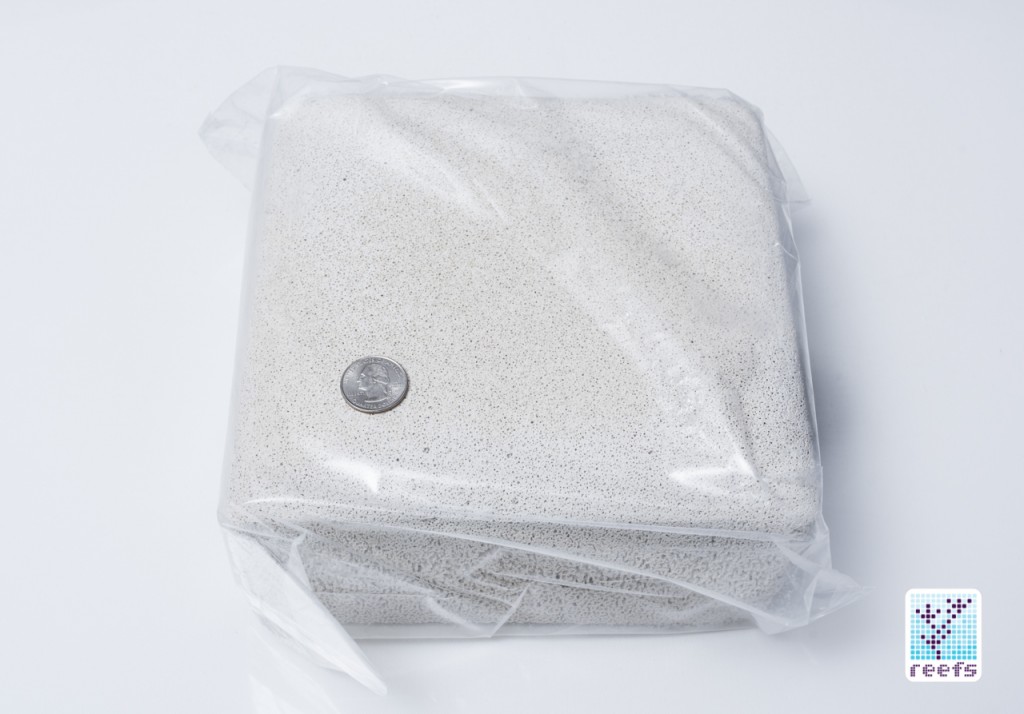 Both the balls and the block are made using the same material, and, as far as I can tell, the only difference between them is their physical shape. Bioballs are most efficient when used in back compartments of all-in-one tanks as well as in media holders in sumps or canister filters. 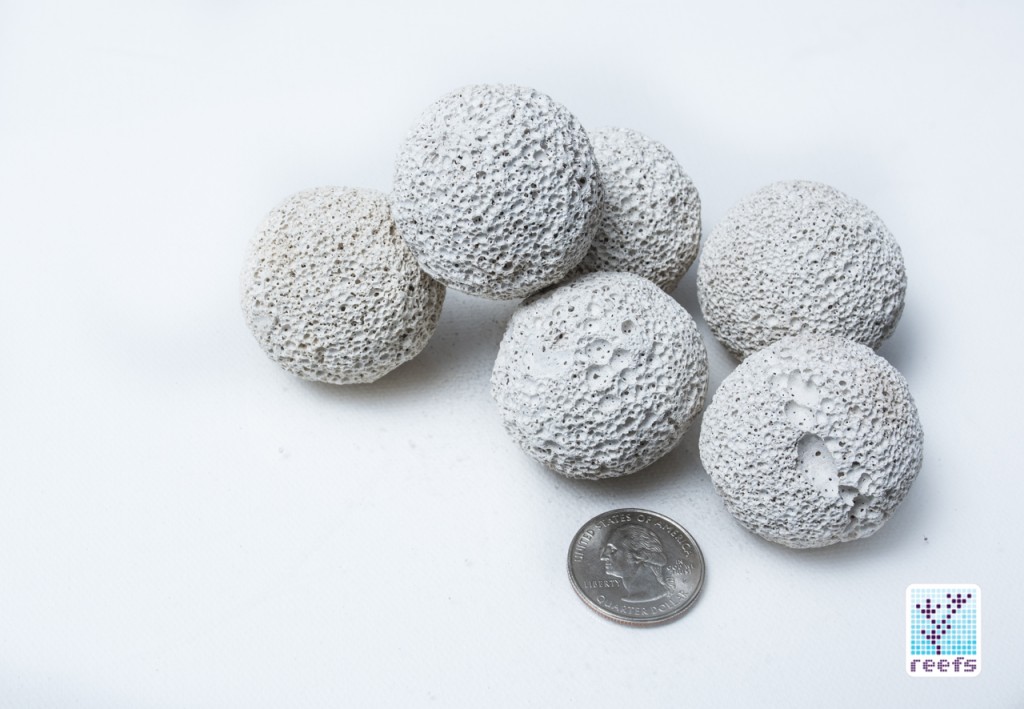 The block, on the other hand, can be cut into any size and form using a sharp knife or a hacksaw (I’ll get to it later).  All that sounds promising, but at the end of the day Cermedia is entering a market that is already saturated with similar products, and has to come out with something that stands out. So, the question is: How does MarinePure differ from other biomedia?

To answer that question, we have to look closer at MarinePure’s unique structure. The media is made of aluminosilicate ceramic material that is fired in temperatures over 1000 degree Celsius. It is inert, meaning it should not leach any substances to the aquarium and change the water chemistry. There are two qualities that separate Cermedia’s product from others in the market – it’s huge surface area and it’s open-pore structure. 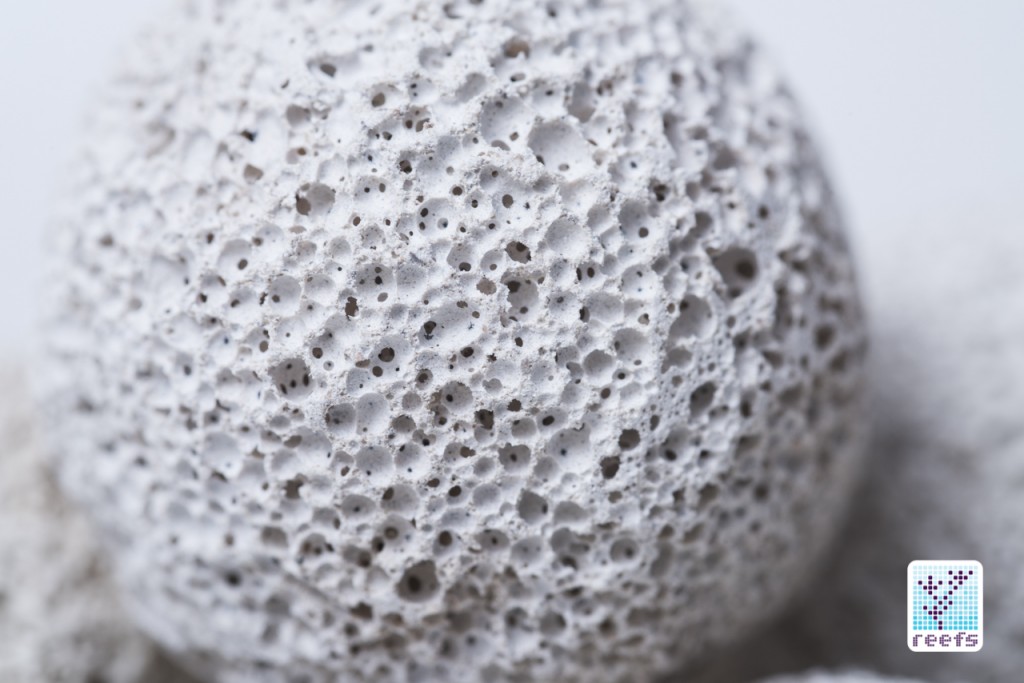 To measure biomedia effectiveness, its surface area is key. The larger the surface area, the more bacteria can colonize it and in turn, less media needs to be used to achieve the same goal. The unit of measurement for surface area is ft2/ft3 or m2/m3, which translates roughly to the amount of two-dimensional, usable surface on a three-dimensional structure. To maximize this ratio, the material needs to be very porous, and that is what Cermedia perfected with their ceramic media. The numbers are as follows – plastic bioballs, which is the least efficient biological media, has an average surface area of 100 ft2/ft3. The most popular ceramic rings and gravel-shaped pieces are better, with an average surface area of 20,000 ft2/ft3. MarinePure comes in at 132,500 ft2/ft3 for spheres and 139,800 ft2/ft3 for blocks. That’s over 6 times the surface area of the next most-efficient media! One 1.5” bioball has 240 square feet (22 square meters) of real estate for nitrifying bacteria to colonize. That’s impressive, given the fact most hobbyists have limited space for biological media in their filtration system. Ultimately, higher surface area leads to more sufficient ammonia and nitrate removal. CerMedia ran extensive studies to prove the effectiveness of their media; you can find the results by following this link (PDF). It would be hard to repeat this experiment at the hobbyist level, but with regular maintenance, keeping nitrates at undetectable levels is much easier when using MarinePure media.

Interlocked, open-pore structure is another aspect of MarinePure that makes it stand out from the “crowd”. Unlike bioballs or ceramic rings, water flows through CerMedia ceramic with ease, even at minimal flow. Decaying matter is quickly broken down by nitrifying bacteria and flows through the pores freely, keeping it from clogging. Should MarinePure get clogged after a prolonged time, a simple rinse in aquarium water is enough to free it from detritus. The MarinePure porous structure can be described as a pumice lava rock elevated to the “next level of porousness”.

Below are macro photographs I took of CerMedia MarinePure, showing the structure of its ceramic media. 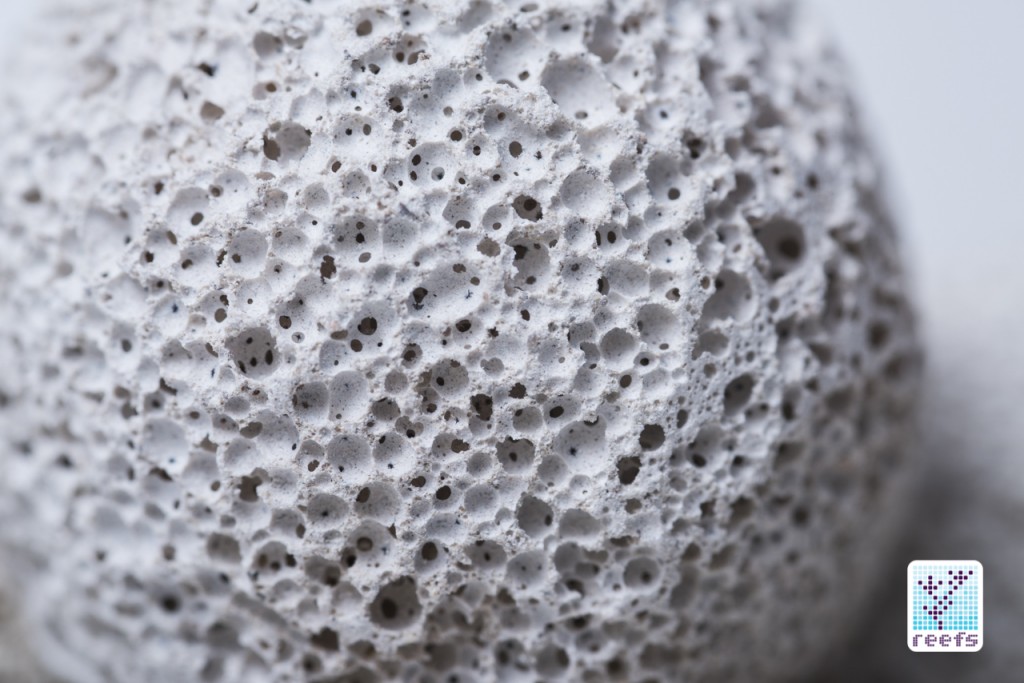 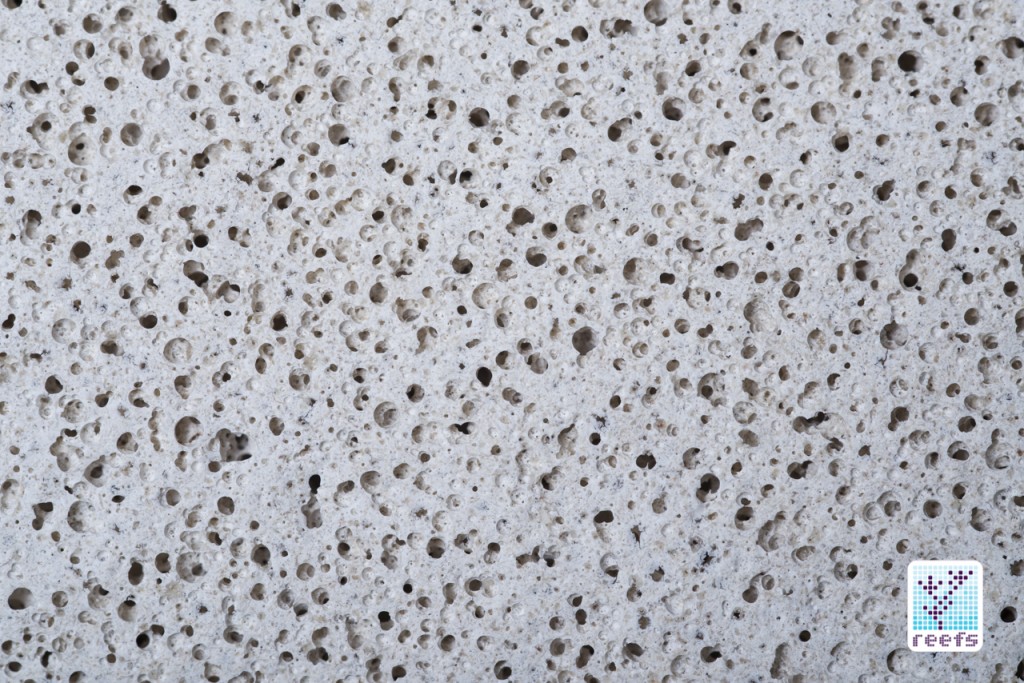 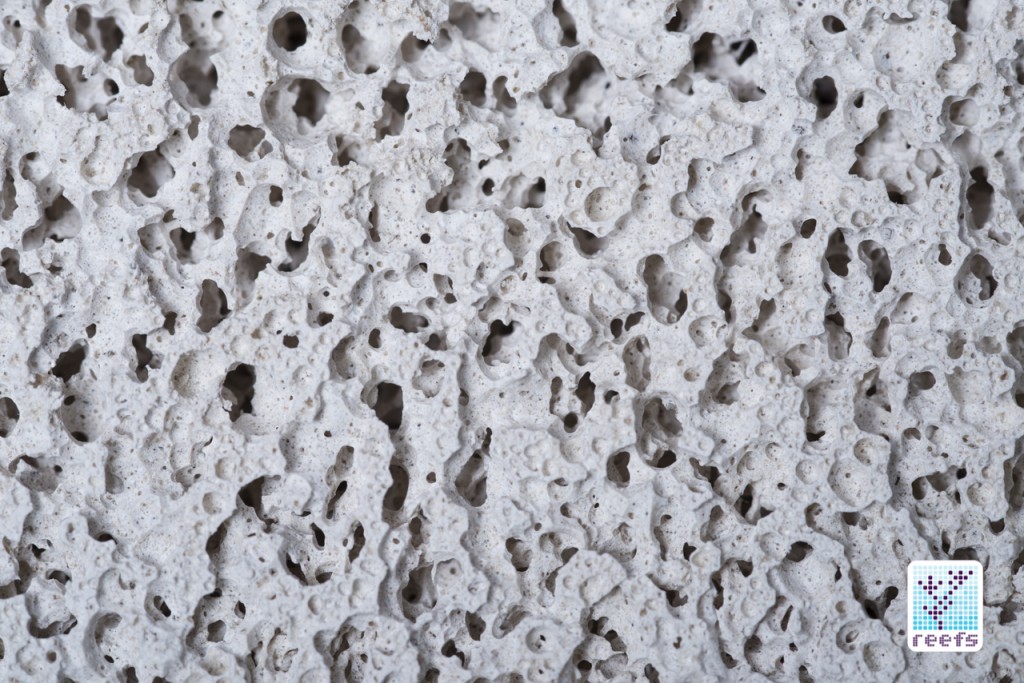 The physical aspects of MarinePure resembles the earlier mentioned volcanic pumice. The ceramic is light enough to be suspended in the basket, yet it sinks when dropped in water column. This is important, as most of the ceramic and plastic media available has to be kept in a mesh bag and weighed down to prevent it from floating and getting stuck in the return pump’s impeller. One additional advantage to MarinePure is how easy it is to cut it to size- a kitchen knife or a small hacksaw is all you need to cut out desired shapes. 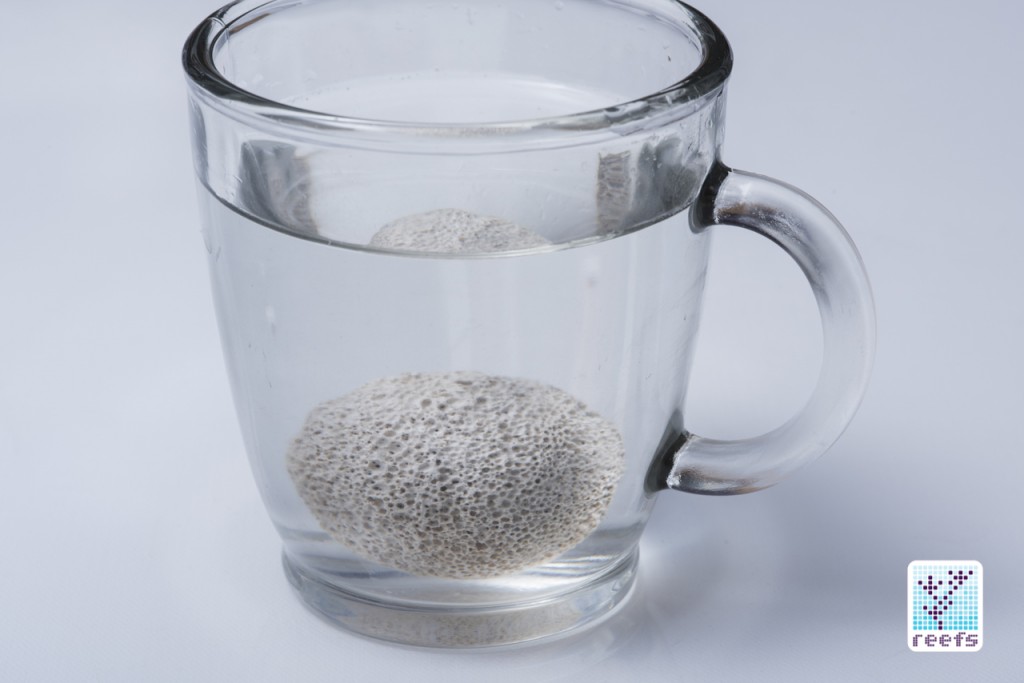 CerMedia MarinePure is not the cheapest biological media available, but given its vast surface area and flow-through technology, the premium price seems to be justified. A gallon box of 1.5” spheres retails for around $60, as does a 8″ x 8″ x 4″ block.

In summary, CerMedia MarinePure is by far the most advanced biological media available on the market, and it already has a legion of followers amongst both freshwater hobbyists and saltwater tank keepers. It’s a great choice to supplement reef tanks where only minimal live rock (or none at all) is used, and in a large systems where biological filtration is in high demand. Freshwater aquariums benefit greatly from biological media and with MarinePure, much less can be used to achieve the same ammonia and nitrate removal capabilities. 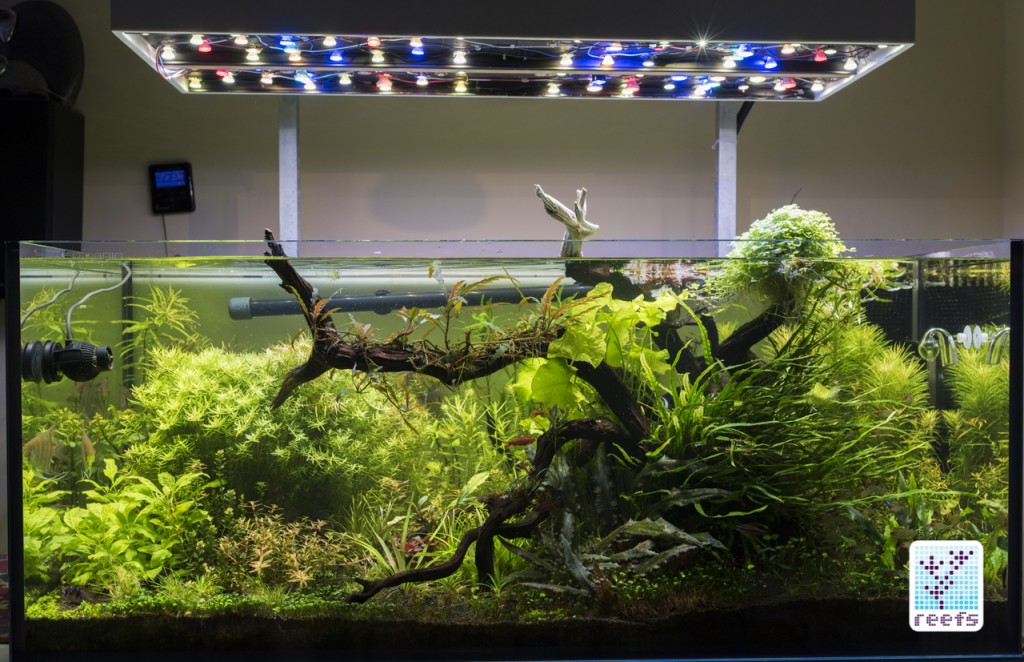 Above is a picture of my planted tank, in which I use MarinePure spheres, combined with a mechanical pre-filter in form of a 7” filter sock. No complaints so far! Check the CerMedia website to learn more about their line of products and thanks for reading!

All images by author. 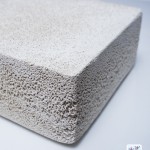 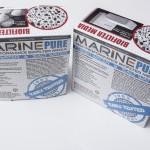 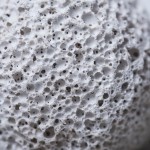 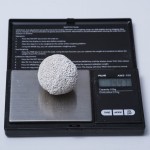 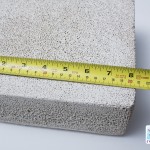