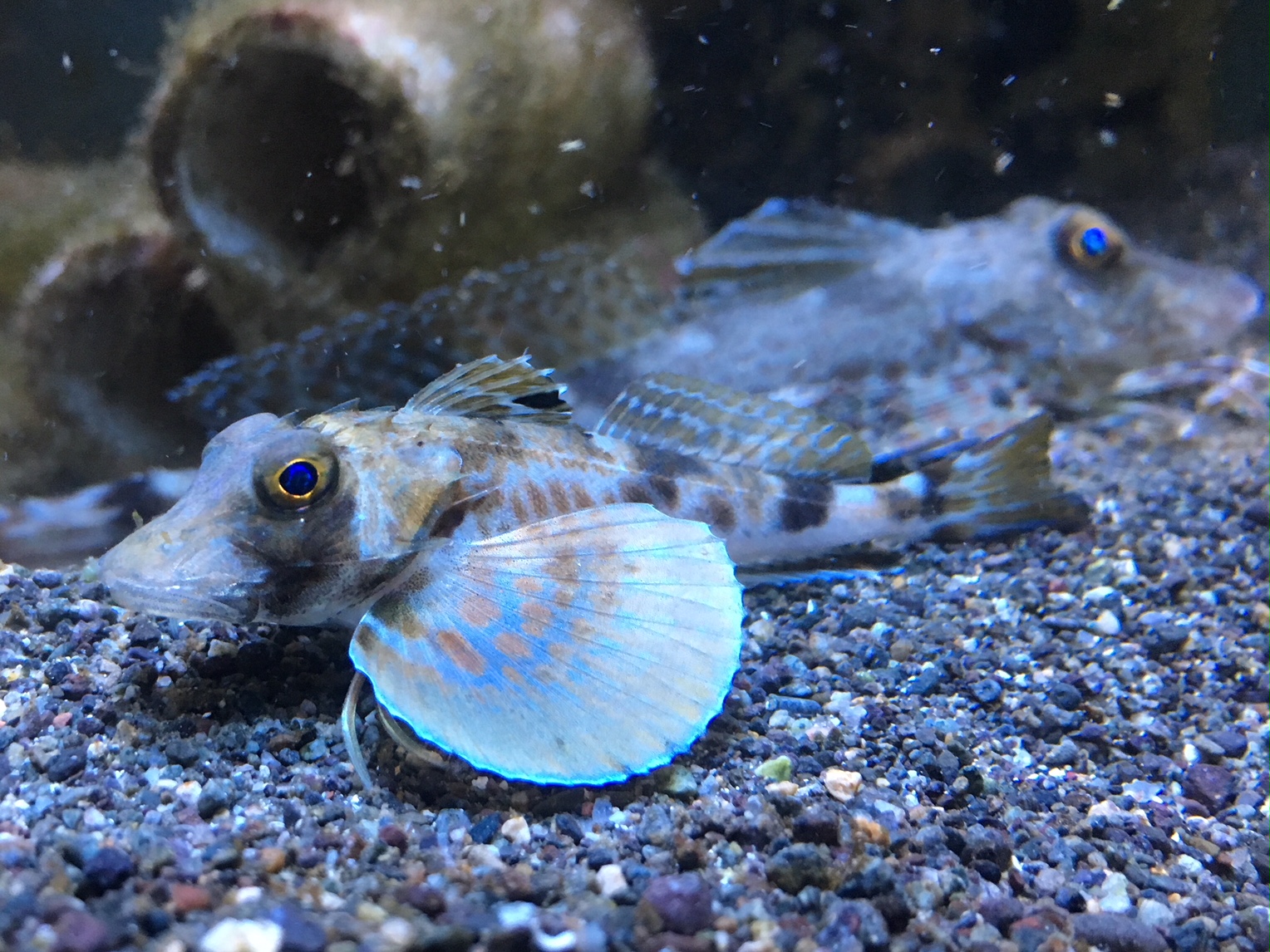 A few weeks ago, while diving on the Route 70 Bridge in Morehead City, NC, a couple of small sea robins caught my eye. I’ve always loved this family (Triglidae) for their enormous, and often brightly-colored pectoral fins as well as their unique behavior of crawling and digging along the bottom using their three free pectoral fin rays. Northern and striped searobins (Prionotus carolinus and P. evolans) are very common in all of my favorite dive sites on my native island (Long Island), but I knew right away that these were a different species. What grabbed my attention was light blue highlights in their pectoral fins. I thought (and hoped) I had found the bluespotted searobin, P. roseus, a species I have been searching for ever since my first sighting of one in Bogue Inlet 30 years ago.  I took out my vinyl collecting net, caught them, and transferred them into a Ziplock bag so I could take them home for identification and photos. Using my go-to fish resources: Fishbase.org and Peterson’s Field Guide to Atlantic Coast Fishes by Robins, Ray, and Douglass, I determined that I had in fact captured leopard searobins, P. scitulus. This species can be found in shallow water (0-45m) from Virginia to south Florida and into the eastern Gulf of Mexico. 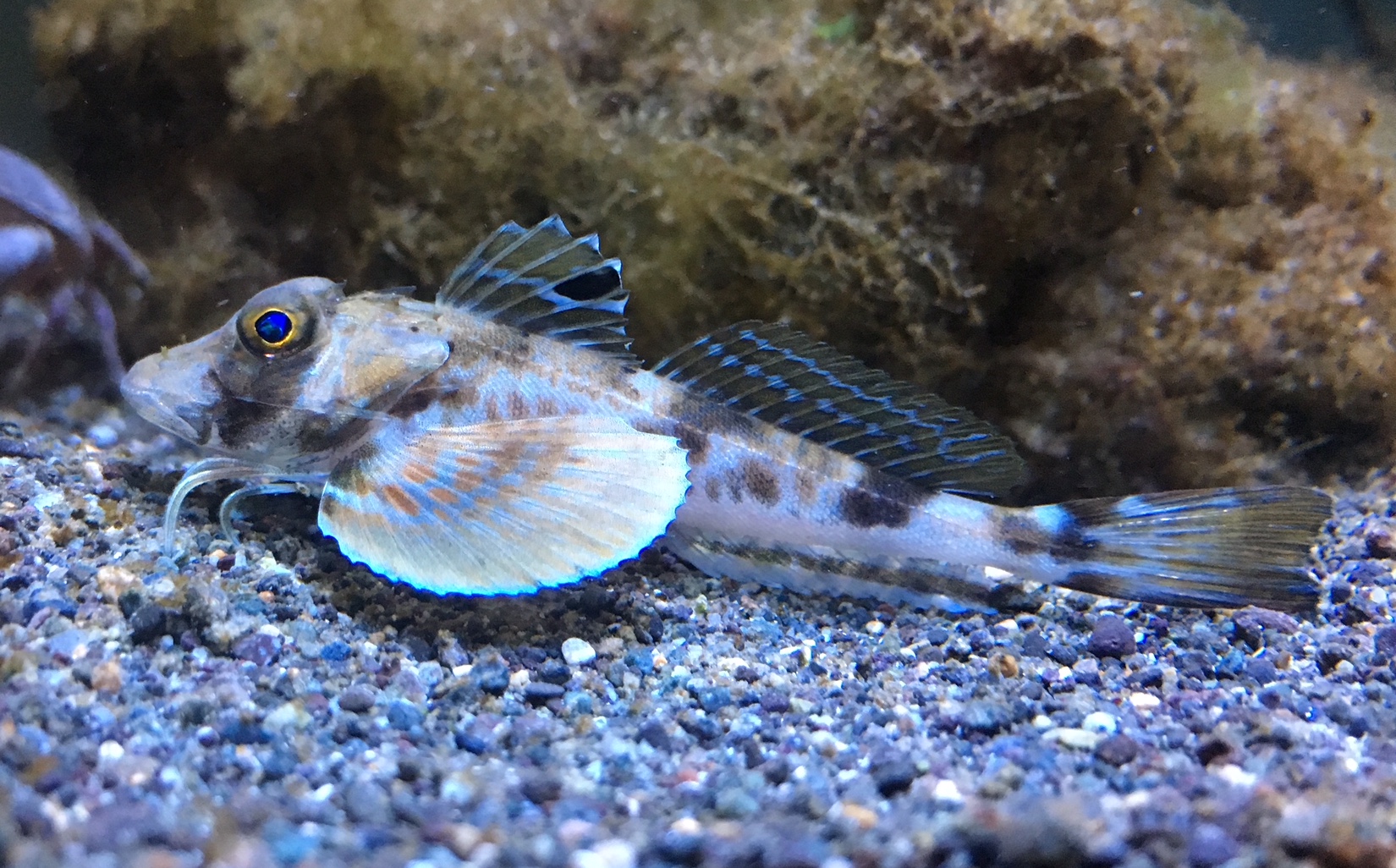 A juvenile leopard searobin. Notice how the anterior three pectoral fin rays are free for walking and the others are connected to form large winglike fins.

I was happy to read that they reach a length of only 25cm so, unlike some of their northern relatives, P. scitulus may be suitable for one of our home aquaria, at least for a while. Following two weeks in quarantine, they now reside in my son’s aquarium.  I should mention that searobins tend to be voracious predators, swallowing anything small enough to fit in their mouths, so these will probably be temporary inhabitants in our home. 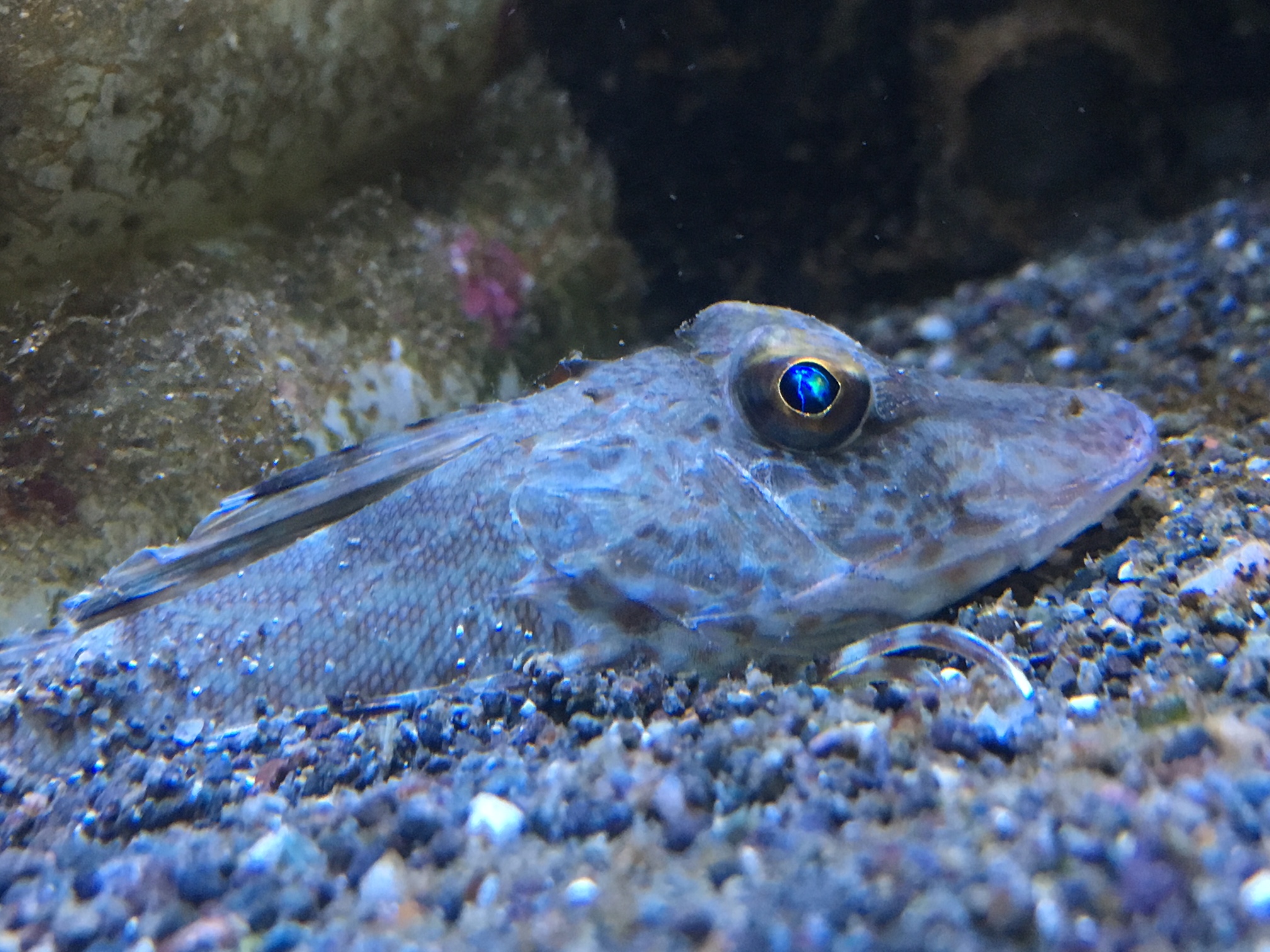 When searobins aren’t actively hunting, they often remain partly buried in the sand.