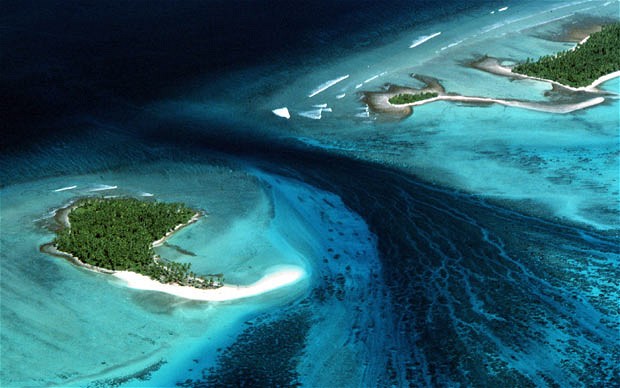 Kiribati, a small nation of atolls in the Line Islands, south of Hawai’i on the Equator and near the International Dateline, has revealed last week that it is considering the logistics involved in moving the entire nation’s population of 103,000 people to Fiji. Why you ask? Climate change and associated sea level rise. President Anote Tong cited that villages have already had to be moved inland from rising tides, and several instances of freshwater aquifer contamination by seawater.  Full story HERE.