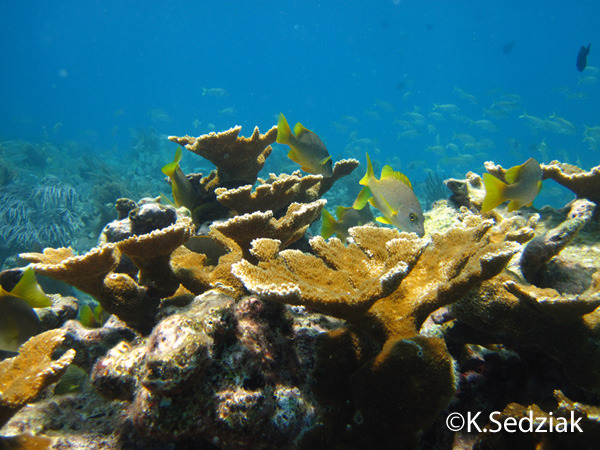 Coral Restoration Foundation, a non-profit conservation organization based in Key Largo, Florida, made a historic achievement yesterday, by planting the first batch of nursery-raised elkhorn corals (Acropora palmata ) in a nearby Molasses Reef off the coast of Key Largo.

All photographs by Kamila Sedziak

CRF created and maintain a series of nurseries in Florida Keys waters where volunteers grow coral frags that are later transplanted to the reef. They focus on two critically-endangered reef-building species- the Elkhorn Coral (Acropora palmata ) and Staghorn Coral, (Acropora cervicornis) that are in decline since 1970s. The future of Florida and all Caribbean reefs rely on the health of those hard corals.

On July 13,2012, first Elkhorn Coral frags from the nursery have been planted on one of the best known reef patches in The Keys called Molasses Reef. This achievement proved that, with help of sponsors, many of which are local reefing and diving clubs as well as aquarium industry companies, and individual people’s donations, a restoration program can help our damaged reefs. Check out Coral Restoration Foundation video showing their latest effort here:

You can help by making a donation or becoming a volunteer- visit CRF’s website http://www.coralrestoration.org for more info and “Like them” on Facebook http://www.facebook.com/CoralRestorationFoundation. Menawhile, enjoy underwater pictures featuring Staghorn and Elkhorn pictures Kamila Sedziak took at our trips to Florida Keys: 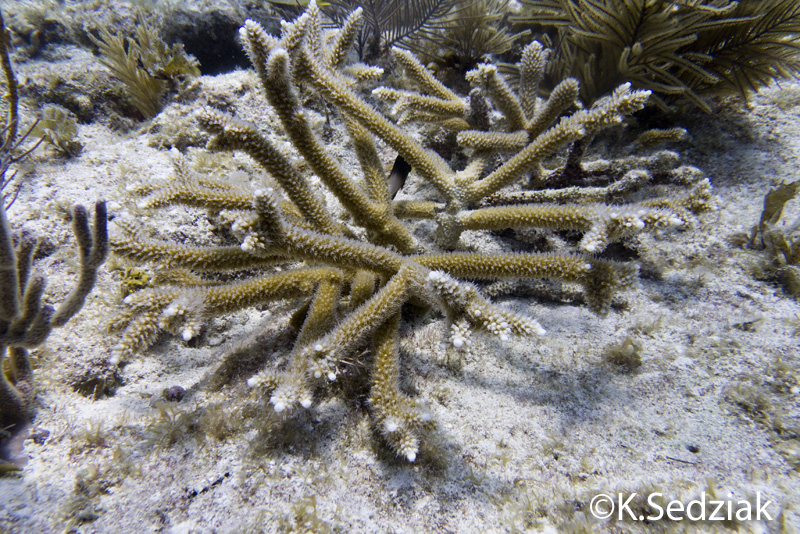 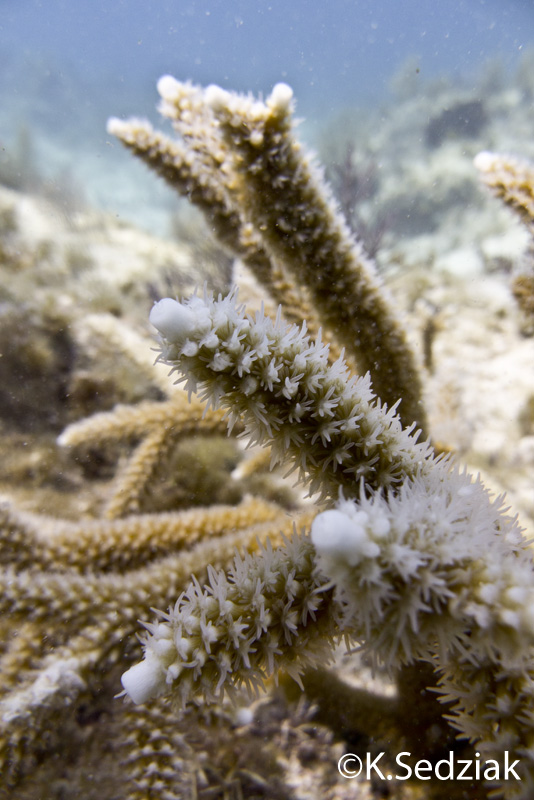 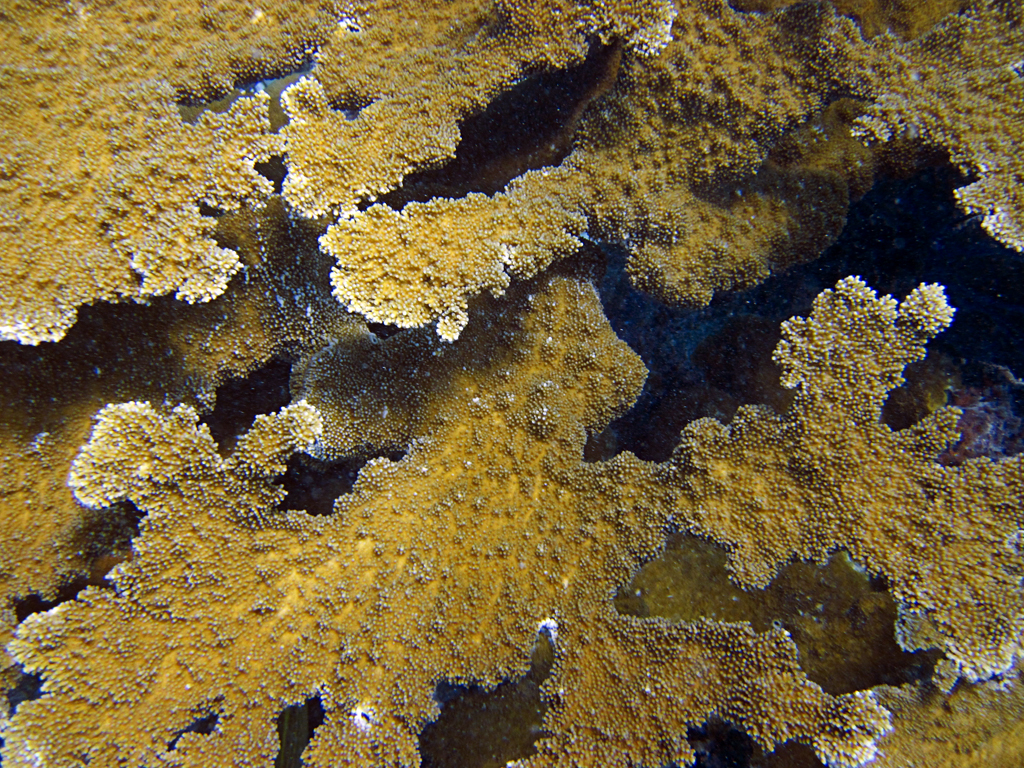 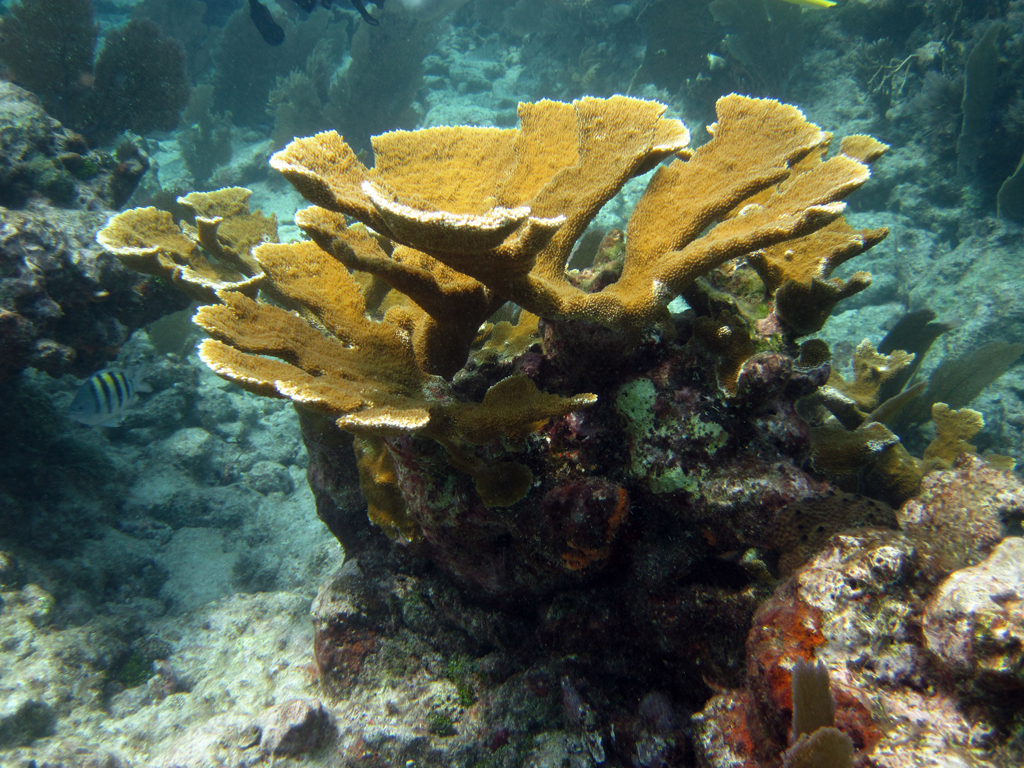