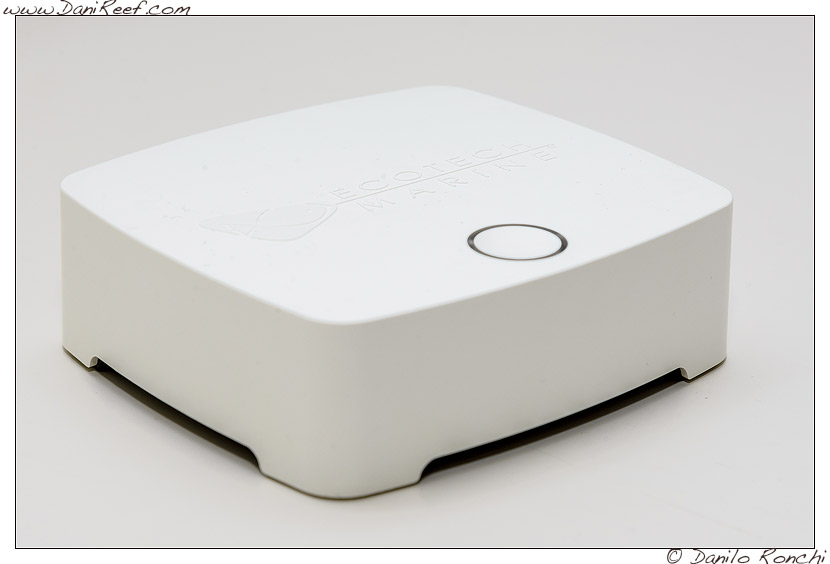 A few months ago, I got my hands on Ecotech Marine’s ReefLink, and it is incredible – a must-have accessory.

ReefLink was described by Ecotech Marine itself as a digital hub, designed for those who already own Radion lights, VorTech pumps, or any other digitally-enabled products produced by Ecotech Marine, all of which deliver amazing performances.

Ecotech Marine ReefLink connects Radion lights and VorTech pumps using the EcoSmart Live program. This program allows the user to control every aspect of their lighting system from any web browser on a PC or Mac, without needing to physically connect it with a cable. It also lets the user program a hourly schedule of vortech modes.

Users can run trials, set options, and then save them from any web browser, simply by logging in to EcoSmart Live from any iPad, Smartphone, or Tablet! 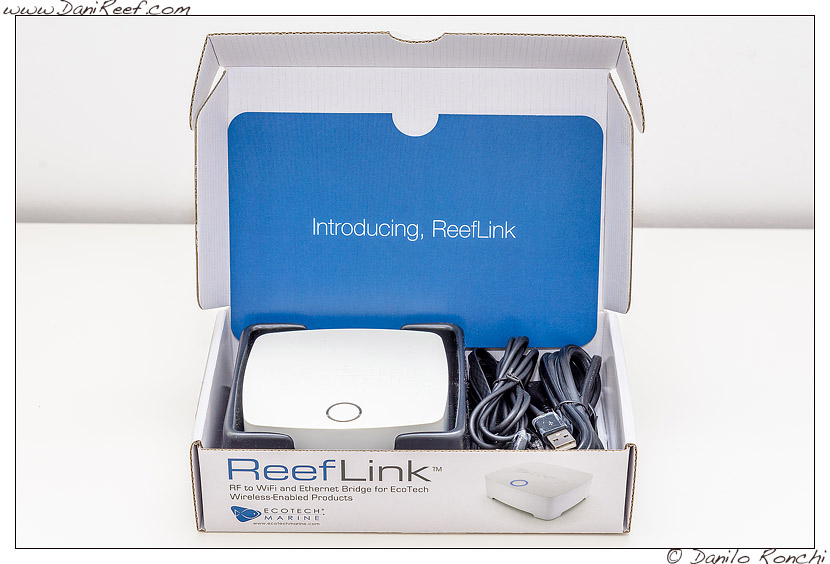 The package includes the ReefLink device, a USB cable, and a power supply cable with a standard plug.

The device can be connected and installed in a matter of seconds, without even pressing a button; the connection to wifi network is also very fast.

It needs to be connected to a Mac or Pc via the USB cable provided; simply plug in, run any required software updates, and then follow the prompts to finish connecting to your home network. 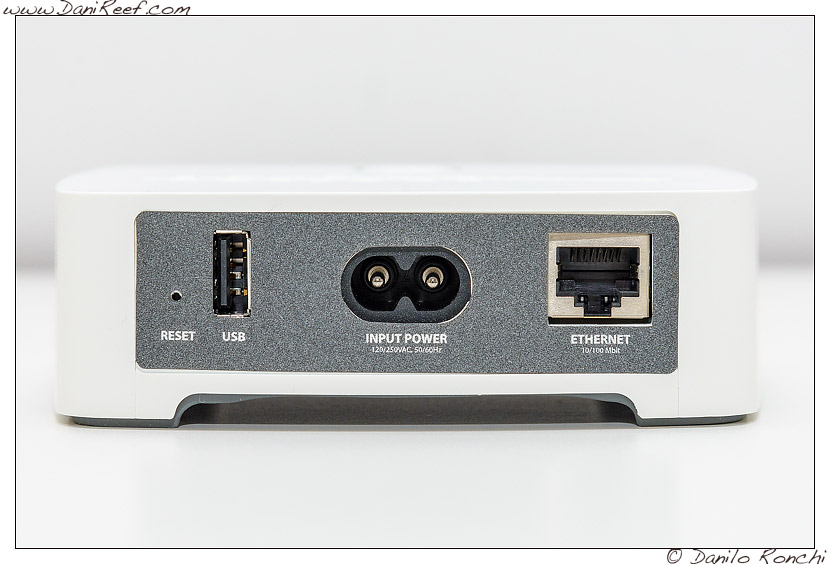 Ecotech Marine ReefLink is now ready to be used via any internet browser on a Mac or PC, and through its own app on a smartphone or tablet. 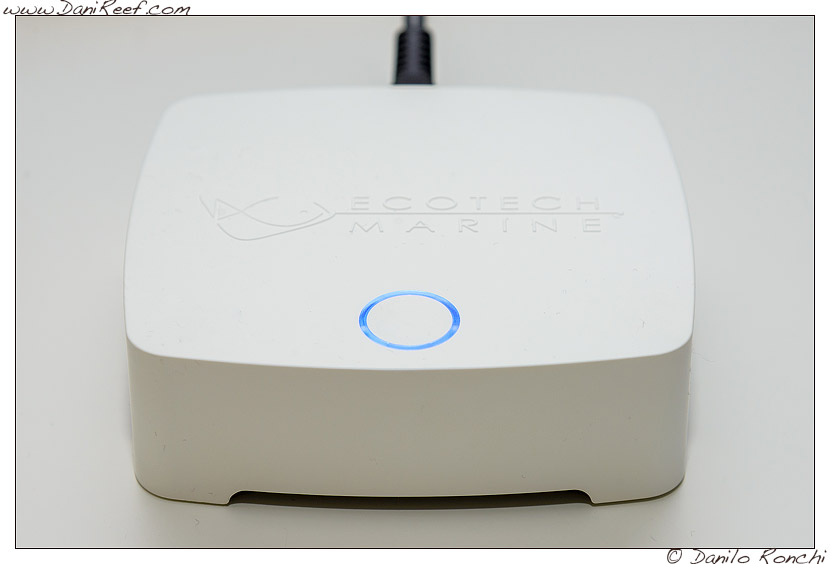 Once programmed with the wifi network settings, it will be immediately available to use on any mobile device. The following screenshots are from my iPad, but the process is identical on iPhone or any other smartphone or tablet. 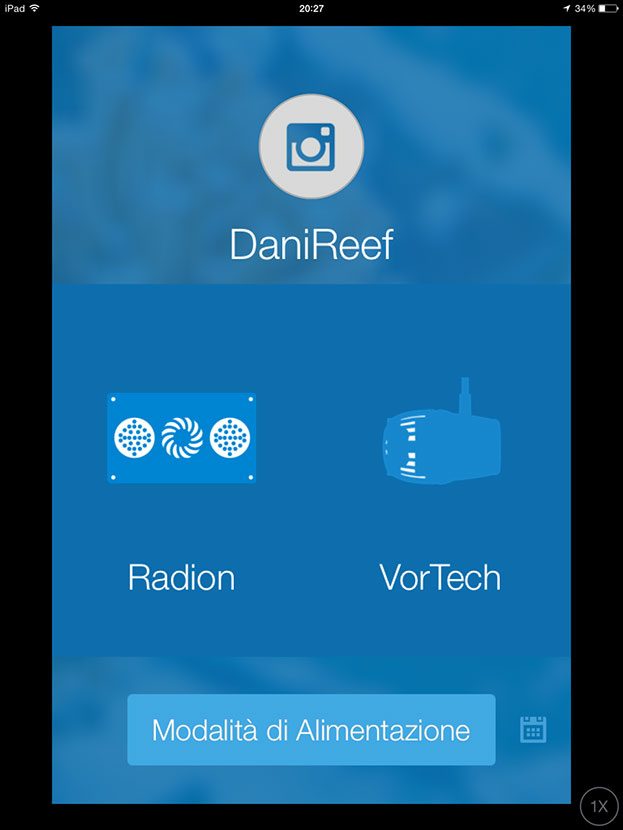 The introduction tab seen above shows the devices available, in this case, that is radion and VorTech. 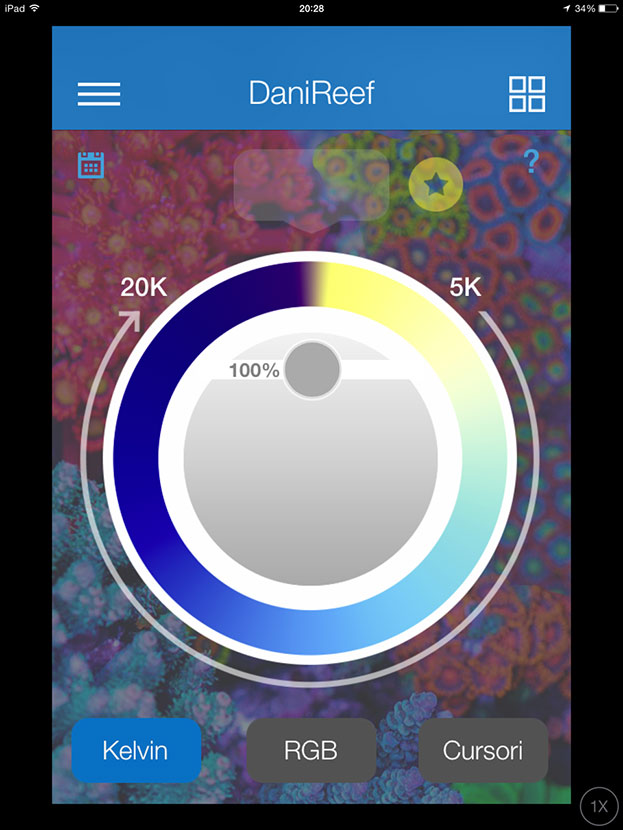 Opening the radion menu, we see the screen shown above, featuring a central wheel-like cursor. Using the touch screen, the cursor can be dragged around to adjust the kelvin degrees to be displayed by our radion/s. We can actually see any changes in real time, a feature out of a science fiction novel!

At the bottom of the screen there are three control mode buttons: Kelvin degrees, RGB channels,and LED sliders. 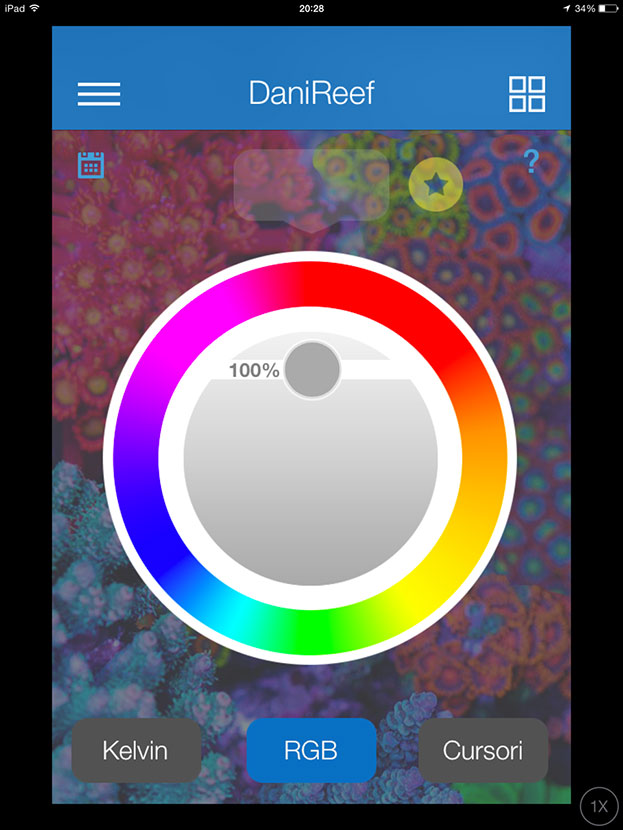 In the above picture, we see the familiar wheel-like cursor, but this time with the RGB color range. This is probably less interesting for aquarists like us, who are used to thinking in terms of Kelvin degrees. 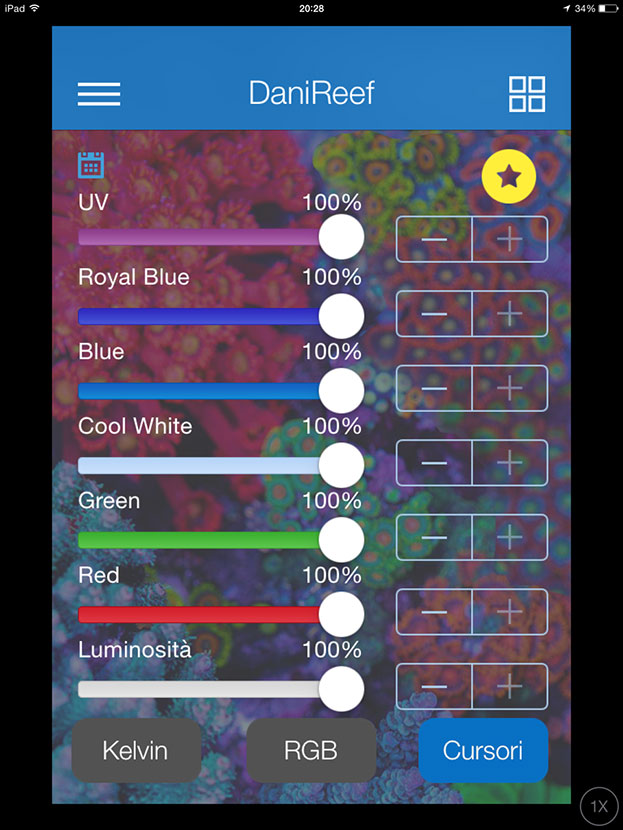 The final screen lets us adjust the single LED colors, as well as the general brightness. 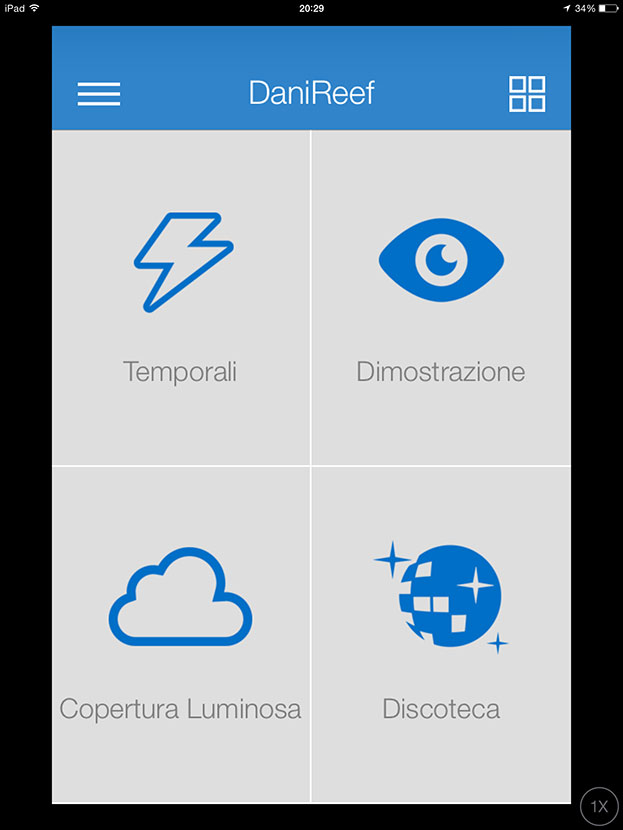 From the mobile device application, we can also enter the special features menu, to access the Thunderstorm simulation mode, a very eye-catching feature. The Cloud Cover is also impressive, and I set it in my schedule to simulate clouds passing over the tank. The Demo simply runs a demo of radion potentiality, and Disco Time… well, that’s a cheesy feature that doesn’t really… make a hit 🙂

Using EcoSmartLive from a PC or Mac

Users can access EcoSmartLive from their home computers as well. All the same operations can be carried out without the radion being connected with a cable. The equipment and computer don’t need to be near each other, and vortech pumps can be programmed through the Ecotech Marine ReefLink with a precise daily schedule of various modes, as we shall see later.

The picture above shows the Daily Schedule page with the programmed curve; in this case, the acclimate mode is on.

The following screen is even more interesting, and is completely new.

By using ReefLink and EcoSmartLive the management of vortech pumps schedules is possible.

In my case, I chose to use the Nutrient Transport mode through most of the day, and Lagoon mode for the night, which is characterized by a higher flow and softer transients.

It is possible to program schedules for each individual pump, and program that pump with an infinite number of modes. 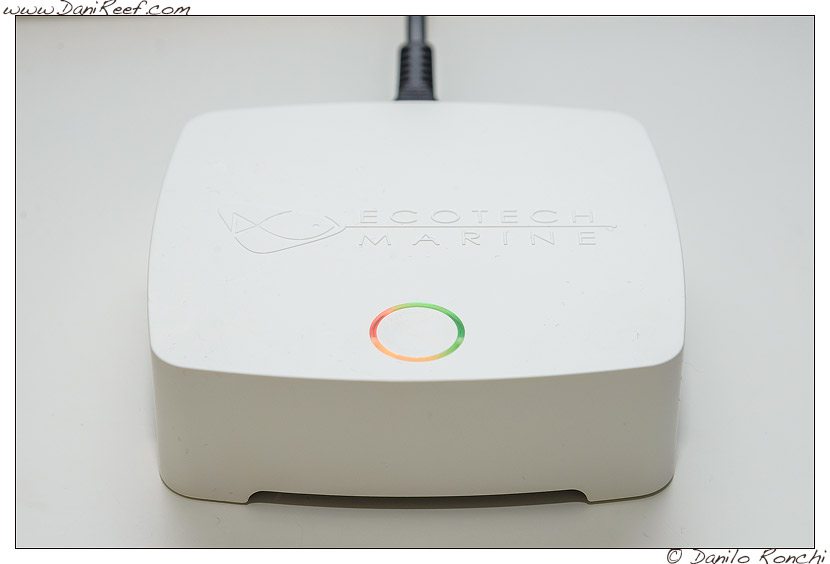 If you leave your ReefLink plugged in, you can control everything in real time using a mobile device, even turning the pumps off for feeding.

I prefer to save a little energy and connect it only when needed, to verify or change settings, or to show it to friends. In this case, the ReefLink is incredible, it connects to the wi-fi network so fast – by the time I plug it in and get to my desk, the ReefLink is already on with its usual blue lights.

ReefLink was initially introduced with an RRP of 219 euros, a substantial cost, but today the price has been cut down to 109 euros online and in Italian stores.

Today’s price of 109 euro makes the ReefLink interesting now, and makes me excited for its future prospects. 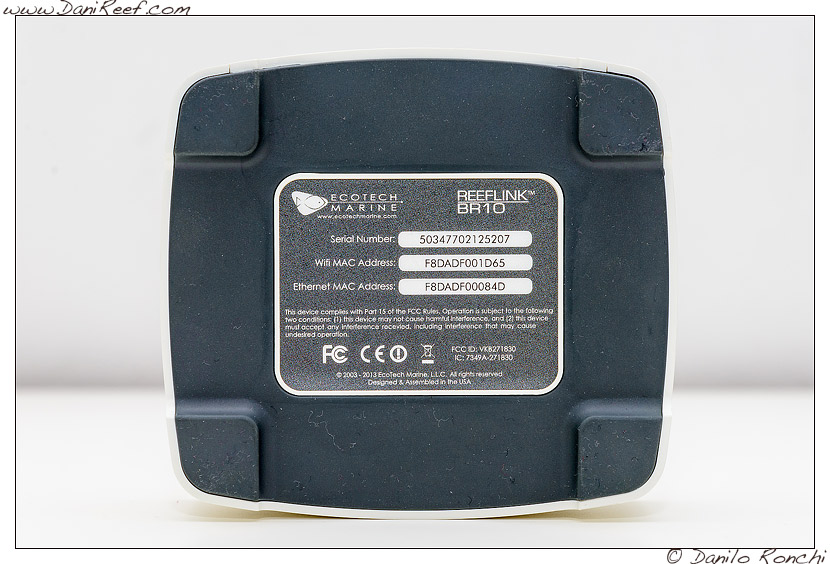 In the world we live in, where every home has its own wi-fi network (a must-have for using ReefLink), the convenience presented by such an accessory is priceless. 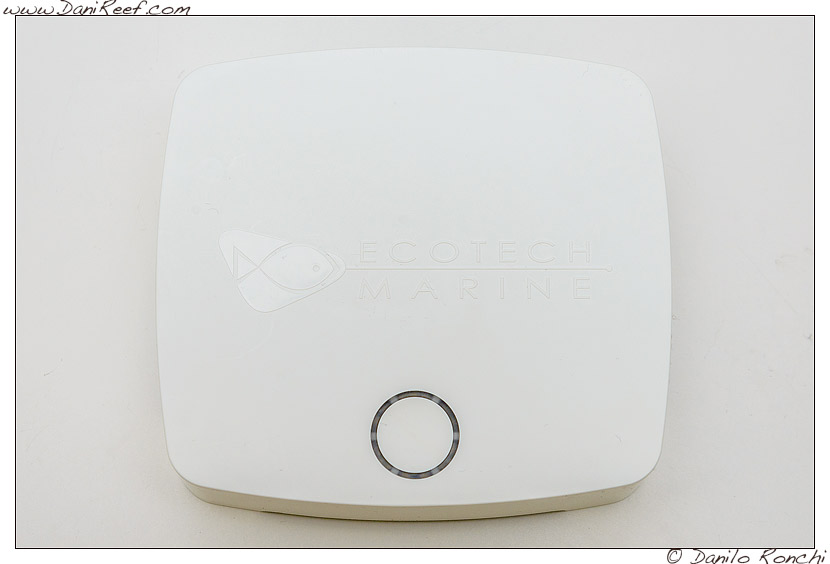