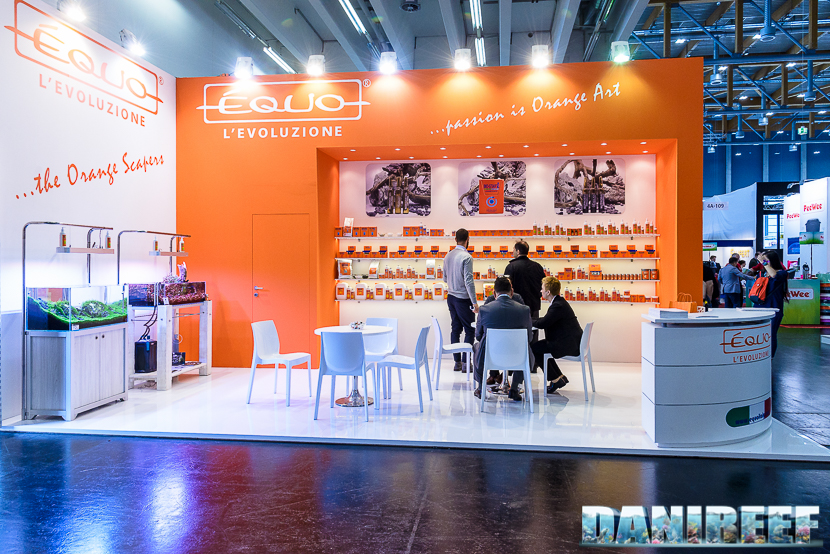 We visited the Equo booth at Nuremberg Interzoo this year – this Italian company has introduced lots of great ideas and new products over the past year and the public’s response has been overwhelmingly positive. Even we here at Reefs.com have reviewed some of the new Equo products with excellent results.


The company has a great new project called The Orange Scapers – two aquascapers of international renown, Roberto Bielli and Enrico Fortuna, designed and created a series of six tanks (each did three) to reformulate and improve upon some products, while making an easy step-by-step guide for aquarists, from beginners to experienced, in aquascaping using the new Equo products. 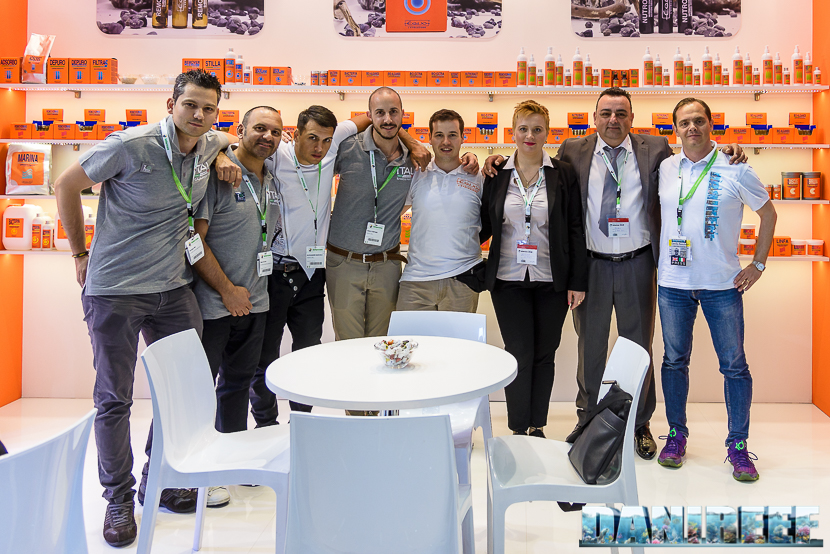 Let’s have a look to the two tanks in the booth: 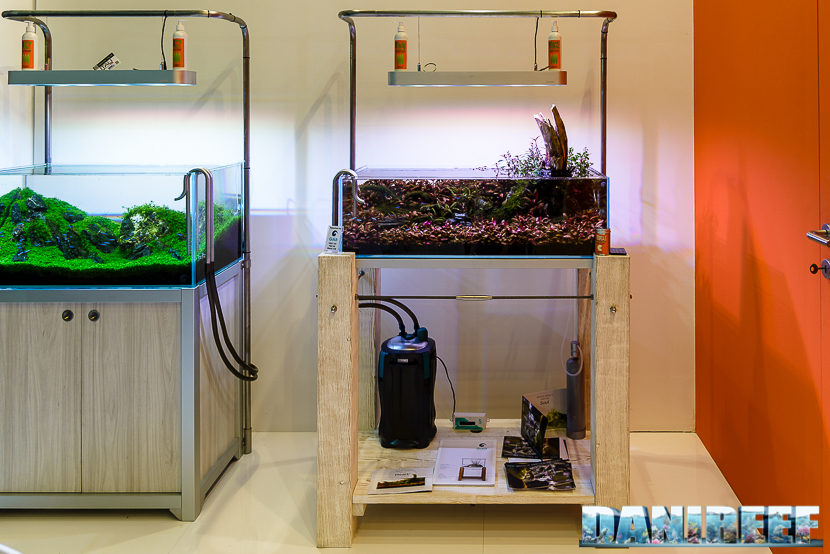 Above left is an aquarium for experienced hobbyists, created by Enrico Fortuna, and on the right, an aquarium for intermediate users by Roberto Bielli. Gaia Italia provided the tanks and filter.

This is what we can create using the new super experts line by Equo – an aquarium that seems more like landscaping than aquascaping! If it weren’t for the fish, one might think that this was full of air and not water, to the incredible water transparency. 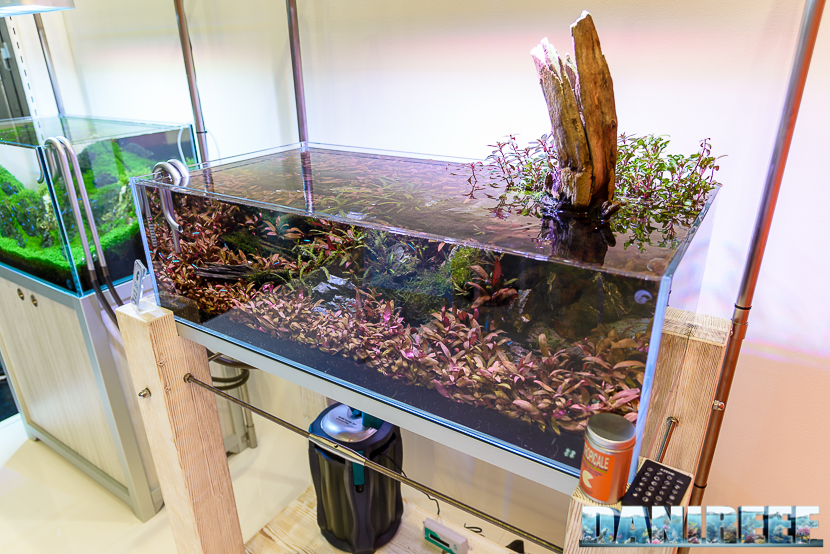 The second aquarium, designed for intermediate users by Roberto Bielli, employees a “carpet technique” with Alternathera reineckii sp. to simulate autumn leaves; it’s a technique honed by Enrico Fortuna. A combination of the two aquascapers is definitely successful. 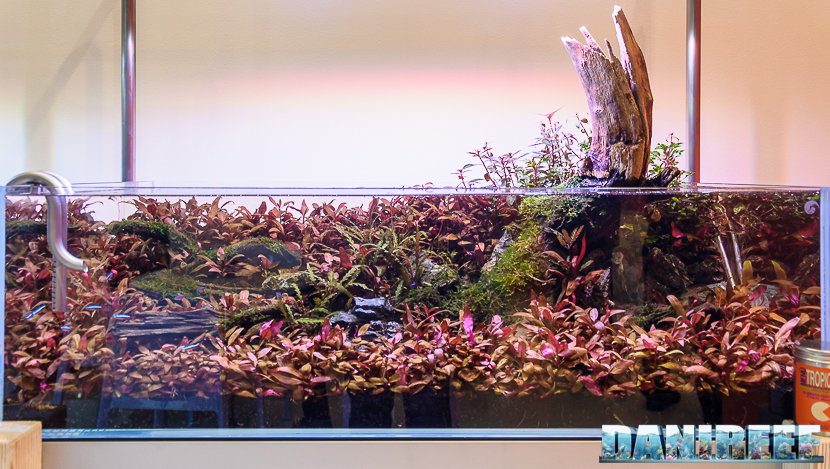 We also recorded a UHD 4K video, so you can better appreciate these two fantastic tanks.

One of the new products presented at the exhibition was Remover NH3, which can be used for both fresh water and salt water. NH3 Remover removes and neutralizes toxic Ammonia, transforming it into a readily biodegradable, non-toxic molecule (salt amminometansolfonate) through nitrification. NH3 Remover also eliminates Chlorine and Chloramines and contains extract of Aloe Vera which is rich in Acemannan and Glycosides – it strengthens the fish’s immune system, skin health, and gills. 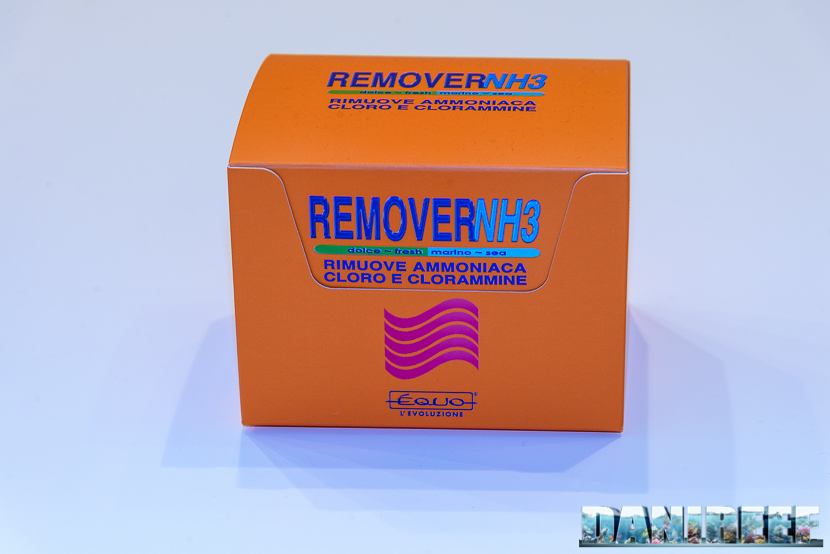 Pictured above is the Remover NH3 package, reworked and re-branded; the entire line of product packaging has been updated in a similar way. 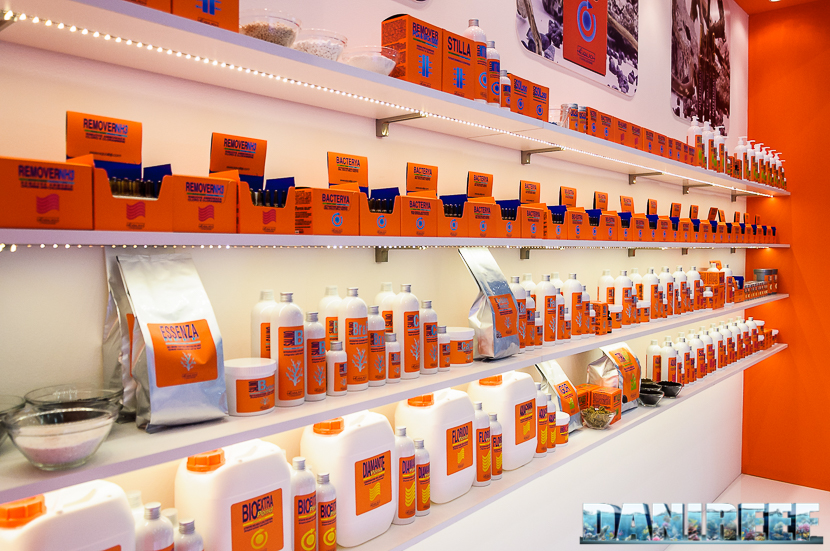 The bottles are now bright white, which really makes the orange logo stand out. 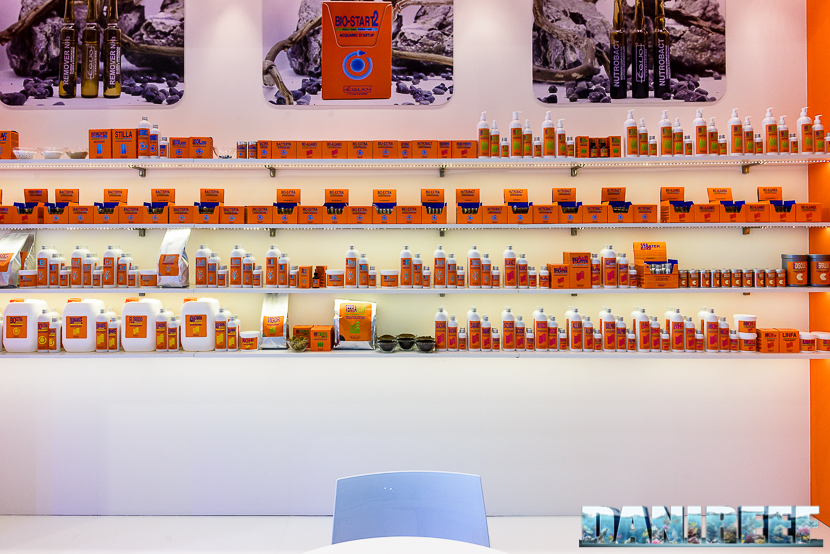 Another extremely interesting new product is Nutrobact, a specific nutrient, based on carbon, designed to denitrify bacteria – it stimulates the complete denitrification which is important in both freshwater and saltwater aquariums. We had the opportunity to present this product to you a few weeks ago, and you can read about it (here). 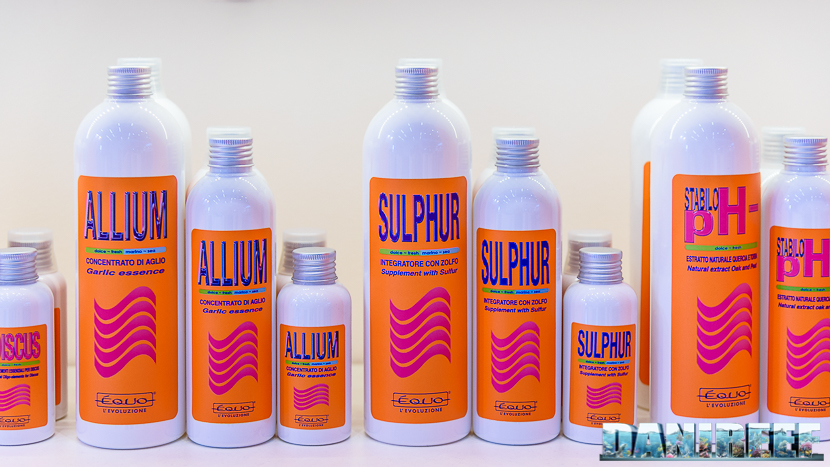 Equo has released a very detailed digital catalog that, in addition to presenting products, has beautiful photographs, but be warned – the file is over 20 mb. 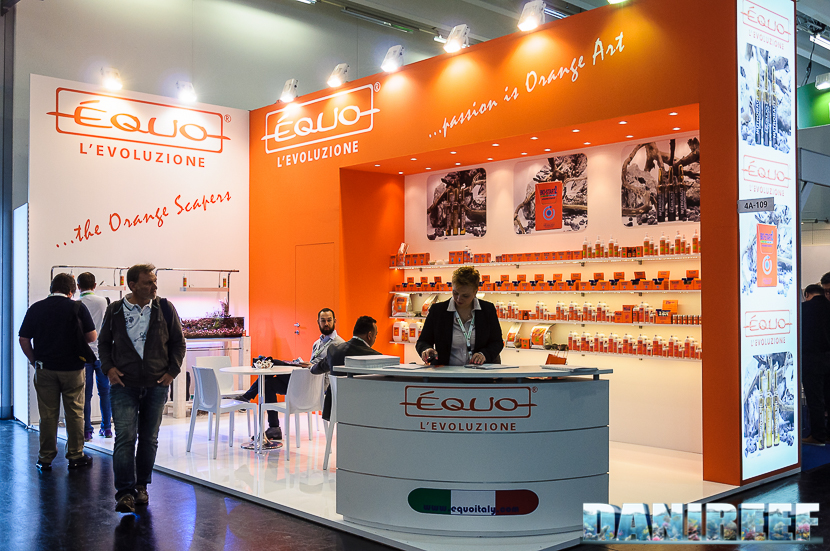 For more information about Equo and its newest products, visit the official site and new company news site, and we also invite you to read our Editorial about the fair to learn more about Interzoo and the other booths that we visited: