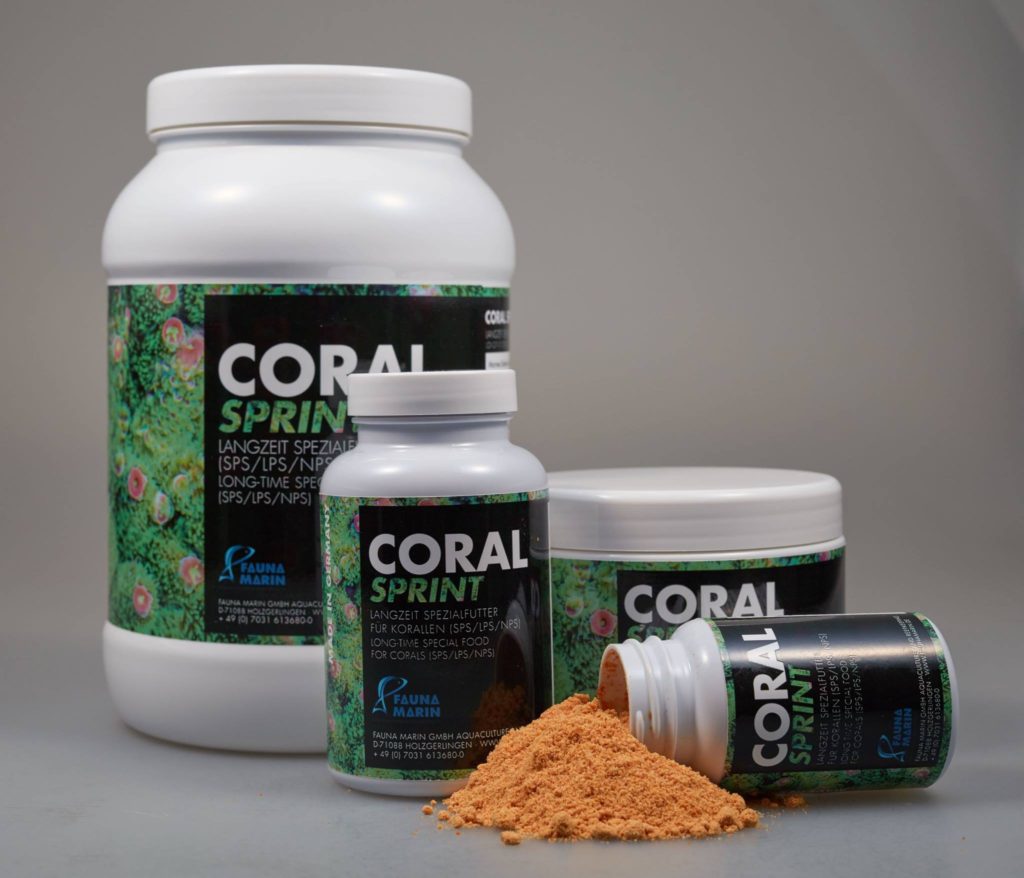 Fauna Marin has developed a new food for corals called Coral Sprint. Fauna Marin has described it as, “a revolutionary progression in feeding technology” so we have decided to give it a try in one of our coral farm tanks starting next week. Coral Sprint is a highly nutritious powdered food that can be used to feed SPS, LPS, and Azoox coral. It contains a collection of beneficial nutrients and proteins which until now, was only found in nature.

Coral Sprint is the first product to utilize volatile proteins, bacterial cells, and special nutrients as a food source. This selection of proteins and fats are commonly available in nature, but not in enclosed aquariums.  Admittedly, I wasn’t exactly sure what volatile proteins were when I first read MORE