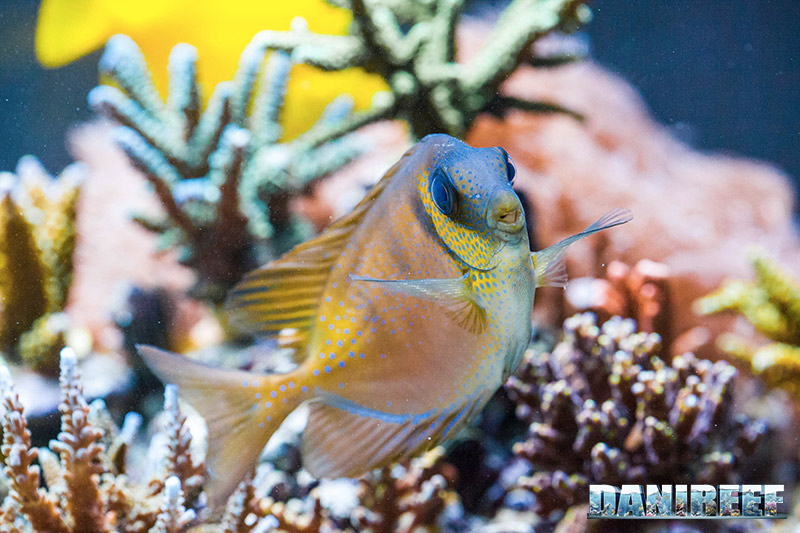 The color of the fish has a lot of useful functions, it’s one of the most interesting systems we have. For us reef enthusiasts, it’s a peculiar point of interest and wonder.

The color is used to mimic, scare, and communicate. Some fish even change their color depending on their emotional state, what stage of their life cycle they’re in, or during reproductive periods.

It’s easy to see that colors’ role in our animals has a complex purpose. The best thing we can do to maintain it is to know which factors influence it.


The color of the fish depends on the chromatophores.

The scales have no color, they’re transparent and they protect the animal.

The chromatophores have specific pigments, appointed by color: 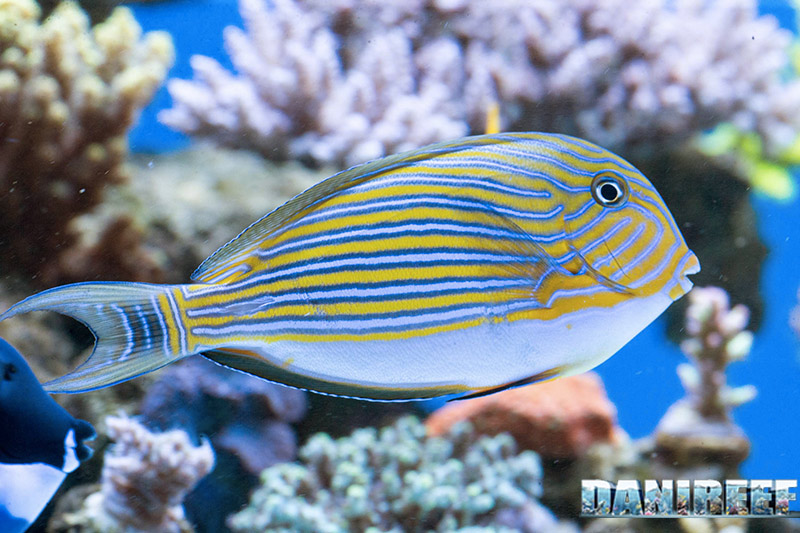 Erytrophores contain red pigments based on carotenoids and pteridines.

Melanophores contain black and brown pigments and they’re synthesized with melanin and guanin.

Leucophores and iridiophores are essentially guanin crystals without color and they’re organized in plates that reflects the sun’s light, which has the effect of a metal grey coloration. 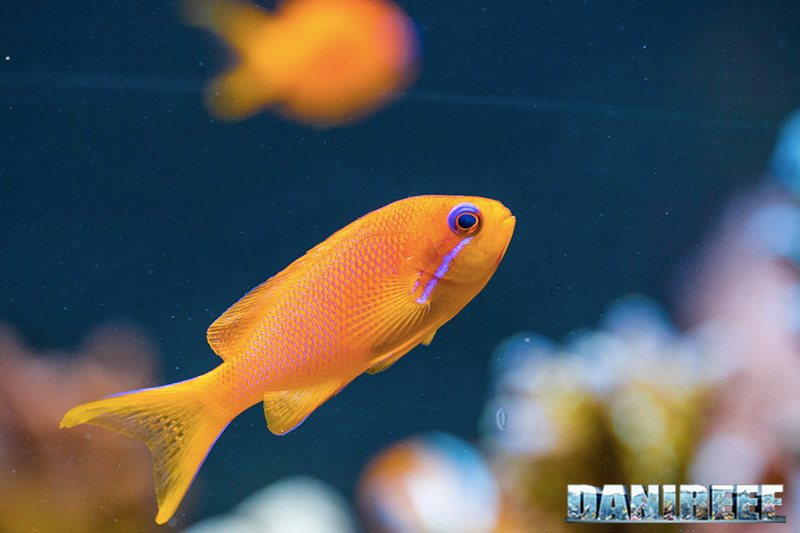 The fish have a specific coloration depending on the combination of the chromatophores, adjusted by physiological and environmental stimuli.


The melanophores, in particular, influence the coloration because they’re able to make the other chromatophores appear or not. The fish can independently produce some pigments but they have to assume the last part from nutrition. 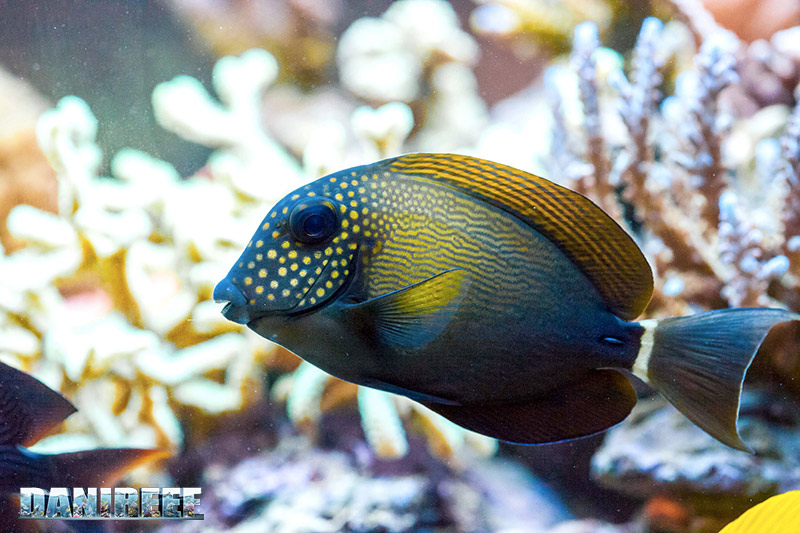 The importance of nutrition

The nutrition our fish receive is really important because it directly influences their coloration. They can’t naturally produce carotene, so they accumulate it from the food they eat and send it to the pigmentary cells which produce yellow, orange, and red.

Carotenoids (luckily) are present in most commercially-available food thanks to astaxanthin, which is a molecule extracted by the Haematococcus Algae, a green seaweed known for its potent antioxidant properties and disease protection. 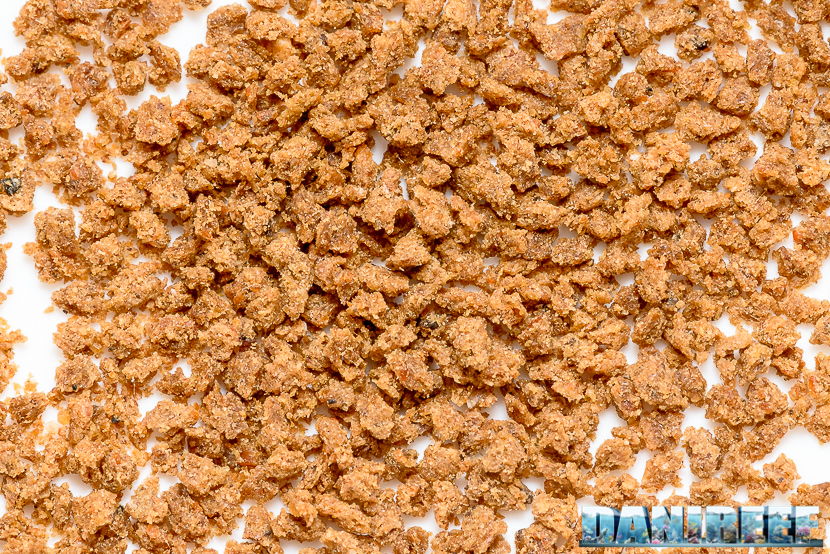 Another element not produced by our animals, but assimilated through the food, is phycocyanin, which is sent to the pigmentary cells to produce blue.


Lighting is one of the most important factors in our aquaristic systems; it’s the key to success with a marine aquarium – not just for corals, but also fish. 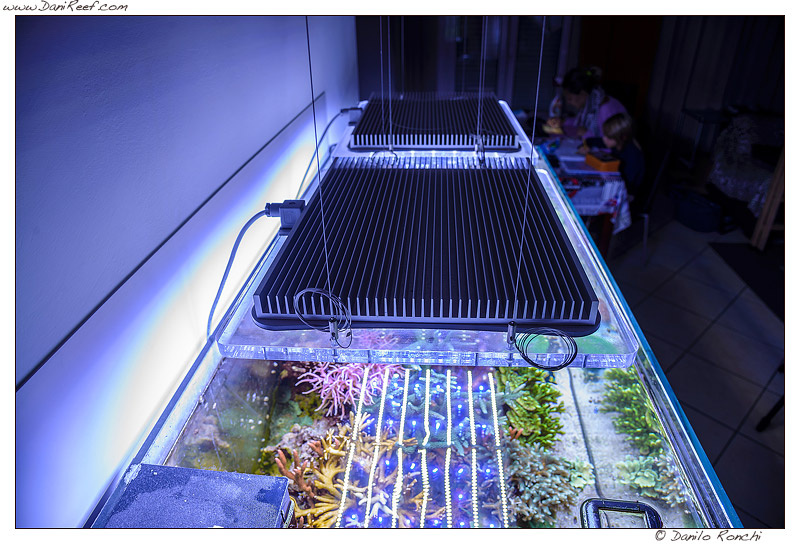 Proper lighting is crucial in maintaining the natural metabolic rhythm of our animals.  Beyond that, the relationship between fish and light is complicated and isn’t the same for all species.

We can say that fish have two ways to modify their color.

The first one is physiological, produced by the movement of the pigmentary grains in the chromatophores, and is generally seen for mimicking purposes or in response to particular emotional conditions. 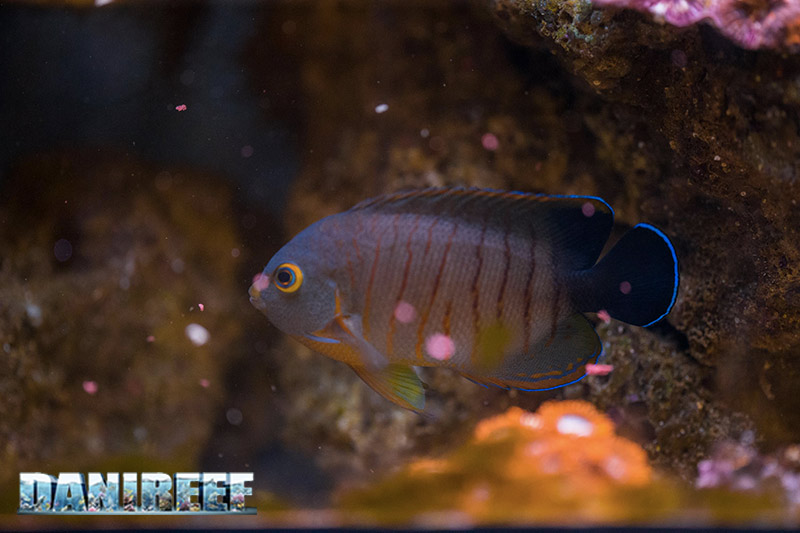 For example, they can be produced when a fish lives a long time in an improper environment, in low light conditions or with too much light.

If a seabed fish is forced to live near the surface or vice versa, its pigmentation will increase or decrease, darkening or brightening, in response to the environmental stimulus. That’s why the light in our tanks has a very important role in regards to our animals’ coloration and health. 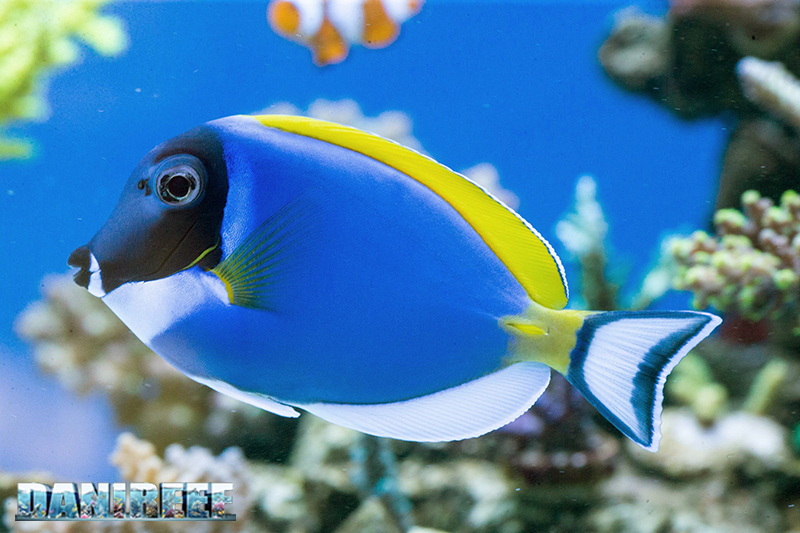 
Feeding our fish properly is one of the most complex duties for us aquarists, and many times its importance is underestimated. Our animals have to consume a complete food in order to not pollute our aquarium and it’s a good idea to divide the daily feeding up during the day, imitating what would happen in nature.

The quality of the food is also very important. A correct and balanced diet, with the use of high-quality food, will influence the health of our animals.

Here’s an example of a good feed cycle for our fish, that I use with optimal results:

So if you consider: the right light, the right diet, the vitamin supply (for the brightness and health of the animals), you will give all that your fish need for their best coloration.

Danilo (aka DaniReef) has a different approach: he uses granular or pellet food everyday as principal feed and adds algae nori or living food if available, without using frozen food. His fish have been thriving for over ten years in his aquariums and they all have bright colors. I invite you to read this interesting deep look at fish feed: the fish feeding.

[Text by Luca Gallizio and translated by Agnese Poggi]