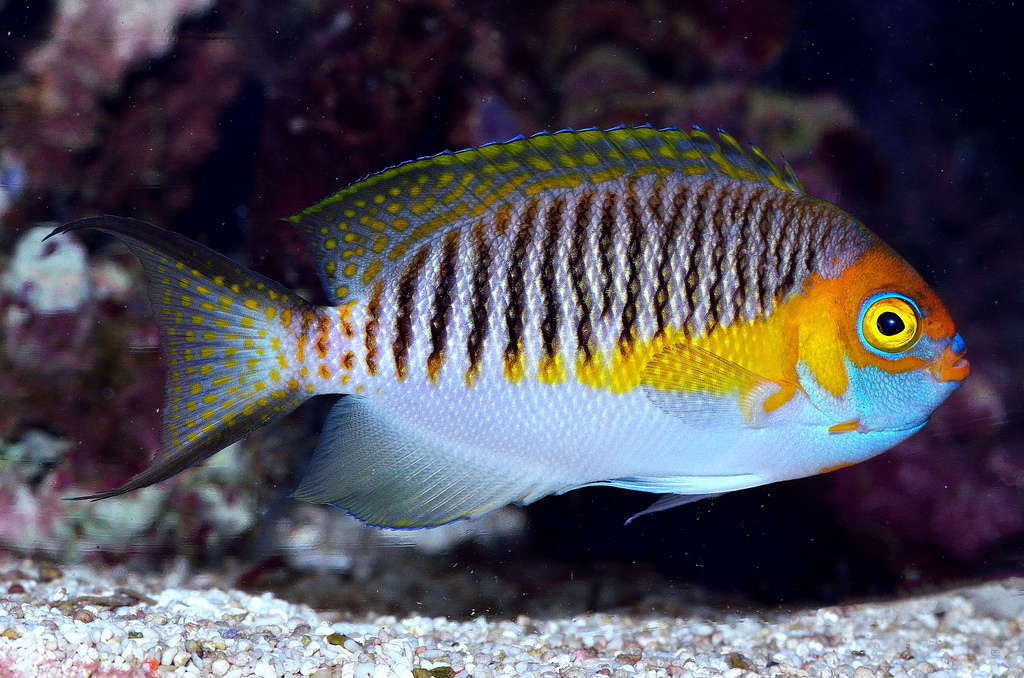 Angelfish, one of the most coveted fish species in the reef industry are often feared as coral eaters and not kept in home reef aquariums.  What if we were to tell you that there are certain species of beautiful angelfish that are reef safe?  We are going to explore into Genicanthus species with this series and we will talk about Genicanthus Semifasciatus also known as Japanese Masked Swallowtail Angelfish on this episode.  We drove 4 hrs north to Plant City, Florida to talk to Chris Meckley of ACI Aquaculture to learn little bit more about this amazing fish.

Take a look, learn everything about this fish here.