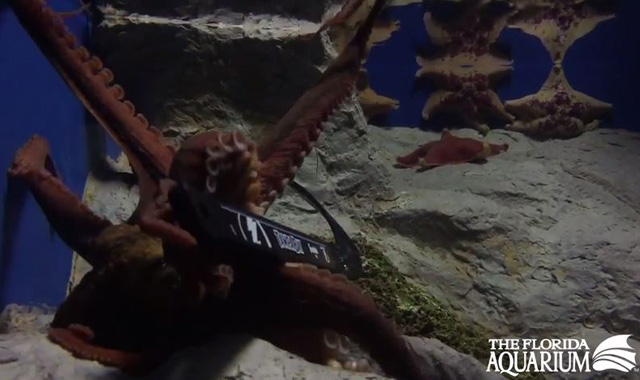 For all of you hockey fans out there, check out the Florida Aquarium’s unofficial mascots. The Octopus have now picked sides between the Tampa Bay Lightning and Detroit Red Wings rivalry. The Octopus at the Aquarium were the unofficial mascot for the Detroit Red Wings, thanks to the long standing tradition of fans throwing octopus on the ice prior to the games during the play-offs.

However, to avoid any confusion, the staff at the Florida Aquarium gave the Octopus some new Tampa Bay Lightening hockey sticks to display in their exhibits. The Florida Aquarium has now made it clear that the Octopus are really Tampa Bay Lightening Fans. Can we really blame them? Especially when their poor octopus friends are thrown to the mercy of the rinks by Red Wings Fans?