To my beloved and notably weird home state, Florida, climate change is a harsh mistress. Sea level rise, warming oceans, and acidification are all real threats to human life and economy, and the marine ecology of the state with the country’s only living barrier coral reef. See the video of my former undergraduate advisor, an educator I am deeply grateful too, professor David Hastings, attempt to illuminate Gov. Rick Scott.

At the time, Scott remained tight lipped with no response. Now, it is clear that the warnings are confirmed to have fallen on not just deaf, but antagonistic, ears. The Department of Environmental protection is not allowed to use the terms Global Warming or Climate Change, or reference them.

The particularly suspicious part of this ludicrous policy is that it is unwritten. I was a direct, verbal order, distributed to the DEP. No official record of it exists. It is only through collected statements of former employees, consultants, and records obtained by investigative reporters that we know about this “unofficial” policy, which allegedly began immediately after Gov. Scott took over office in 2011. 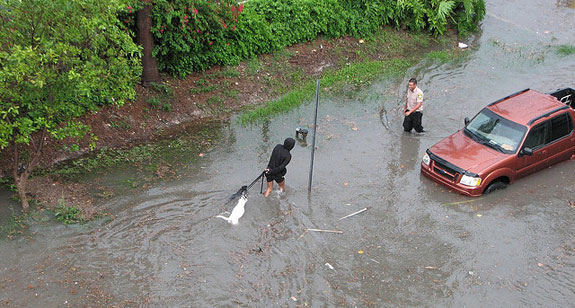 So in the state with the most to lose from climate change, we have not just a Governor that refuses to acknowledge its existent, we have a quiet existence of an “agains the rules” policy barring any discussion of one of the state’s largest long-term threats. For more reading and some mind bending, absurd testimonials on the spoken word-only policy, check out: