Goatfish: Great Subjects for ‘Yellow Fish on a Reef’ Photography 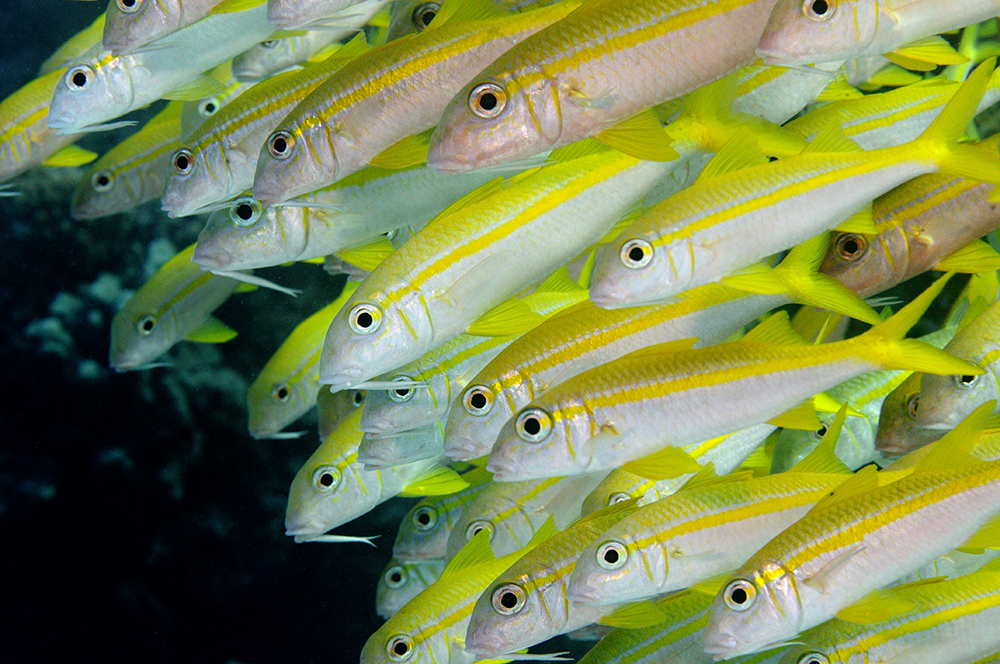 When I’m hunting around for images with impact that will I hope editors will like, there’s nothing better than lots of yellow with lots of blue. The two colors just look so good together and really seem to say “tropical sunlit reef.”  I have three “go-to” genera that I always look forward to finding.  The first are two species of Red Sea Goatfish.

There are ten or so species of Goatfish in the Red Sea, they range in length from thirty to fifty centimeters and all have the characteristic barbels that they use to probe sand for invertebrates and some smaller fish.  Some species feed during the day, whilst others are more active at night and are found in shoals during the day.  Perhaps the most attractive of the shoals is Mulloidichthys vanicolensis, the Yellowfin Goatfish. 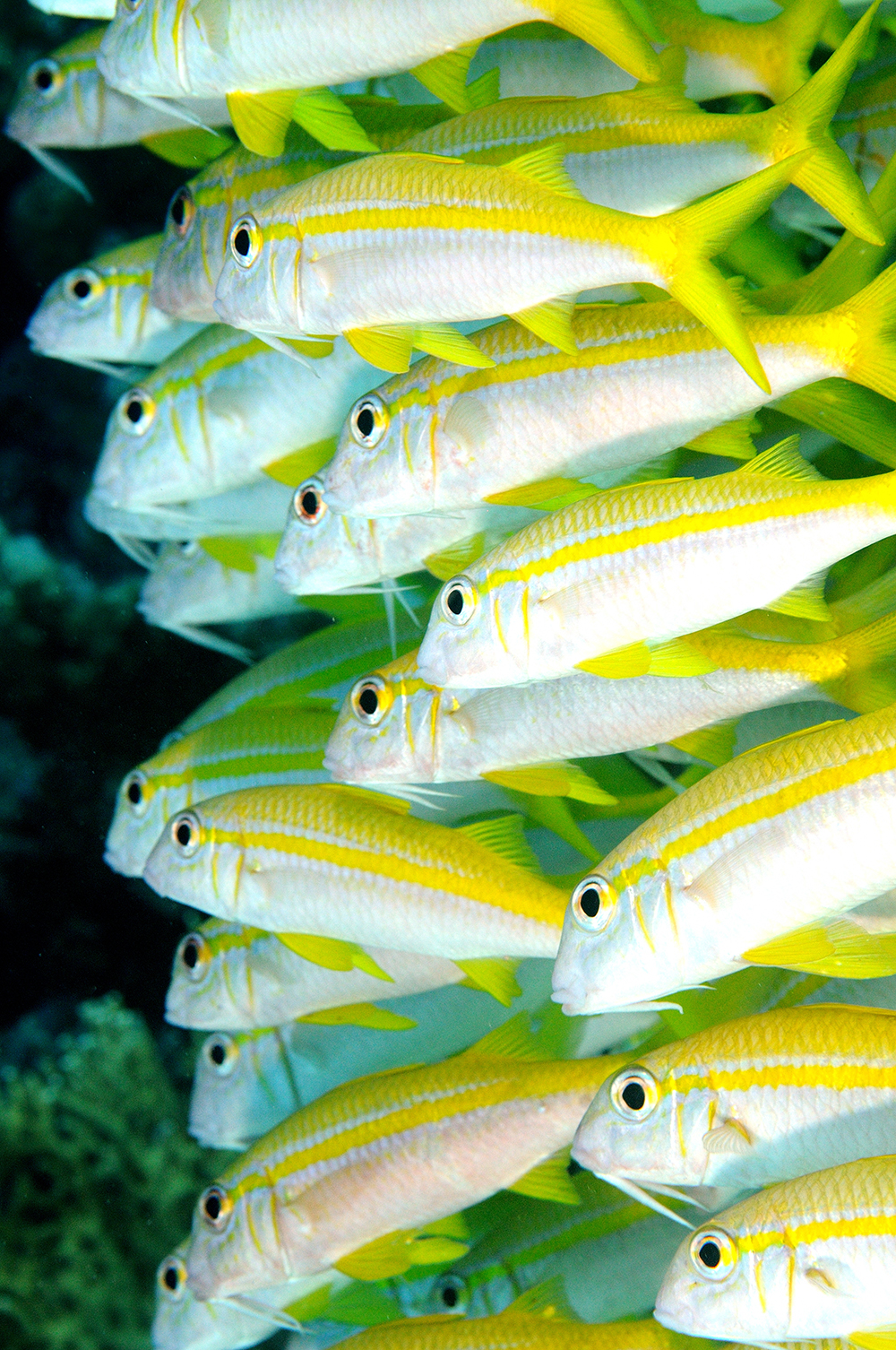 As you can see, this species can be easy to approach and can look quite good.  A decent pair of strobes is necessary though, as in most cases they tend to look grey without the addition of artificial lighting. 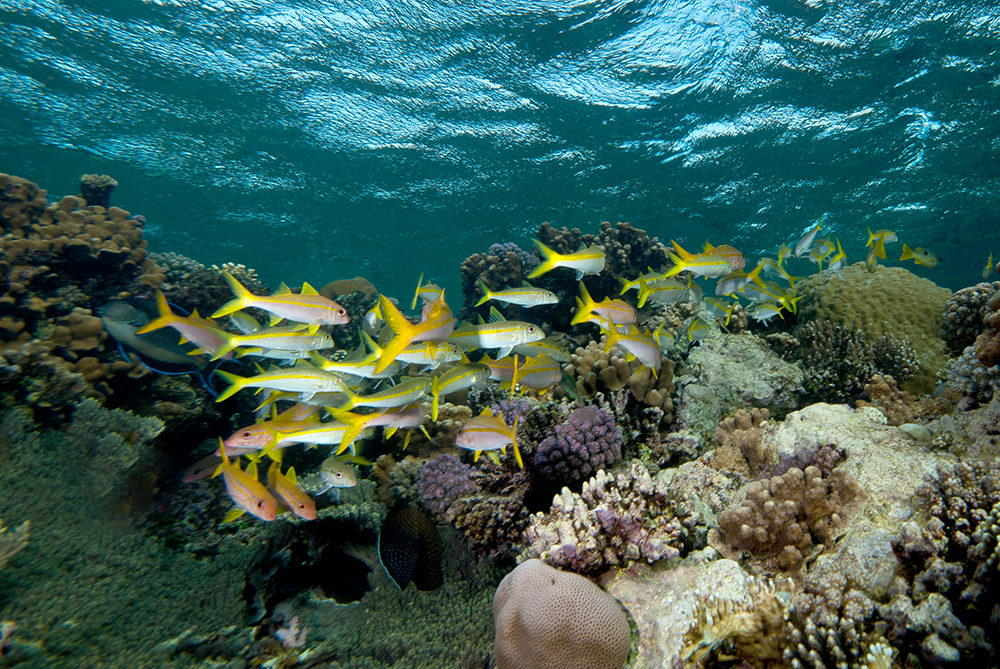 My second species, and again quite a common one, is the larger (to 50cm) Yellowsaddle (Parupeneus cyclostomus).  This is quite a variable fish, but at its best is quite vivid. The image below shows them hunting and using their barbels to flush prey from crevices in the reef. 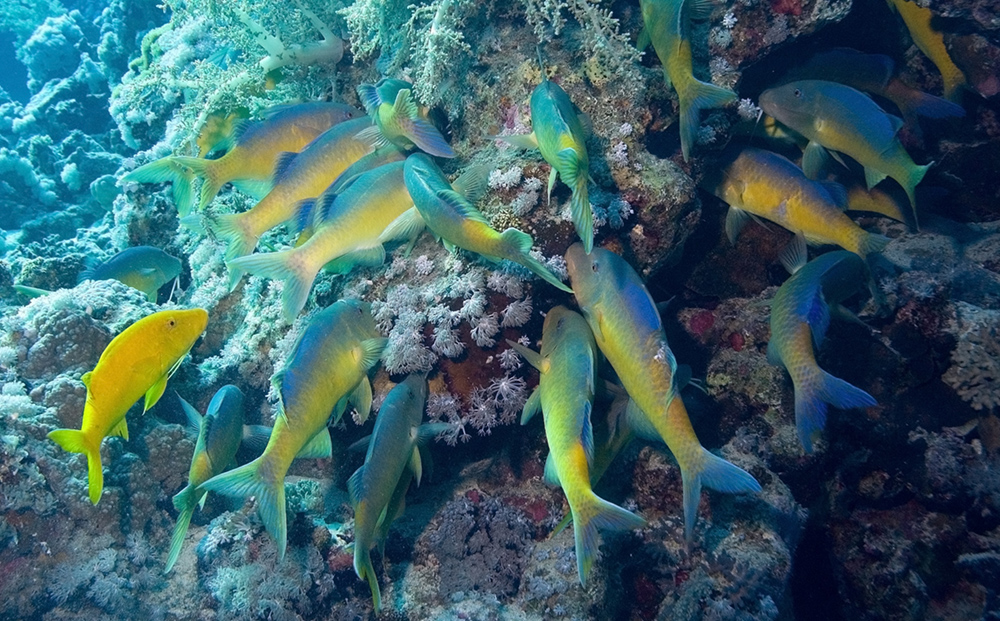 This gang was even more colorful.  The photo was taken at night, which may explain their color; they do seem to be able to shift their apparent coloration more easily than some fish species. 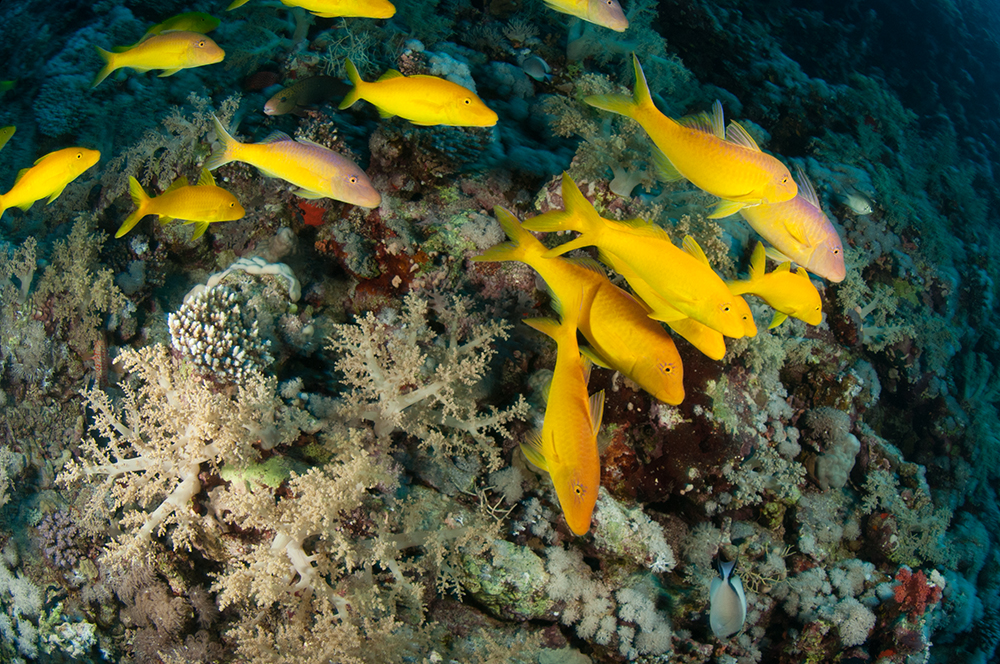 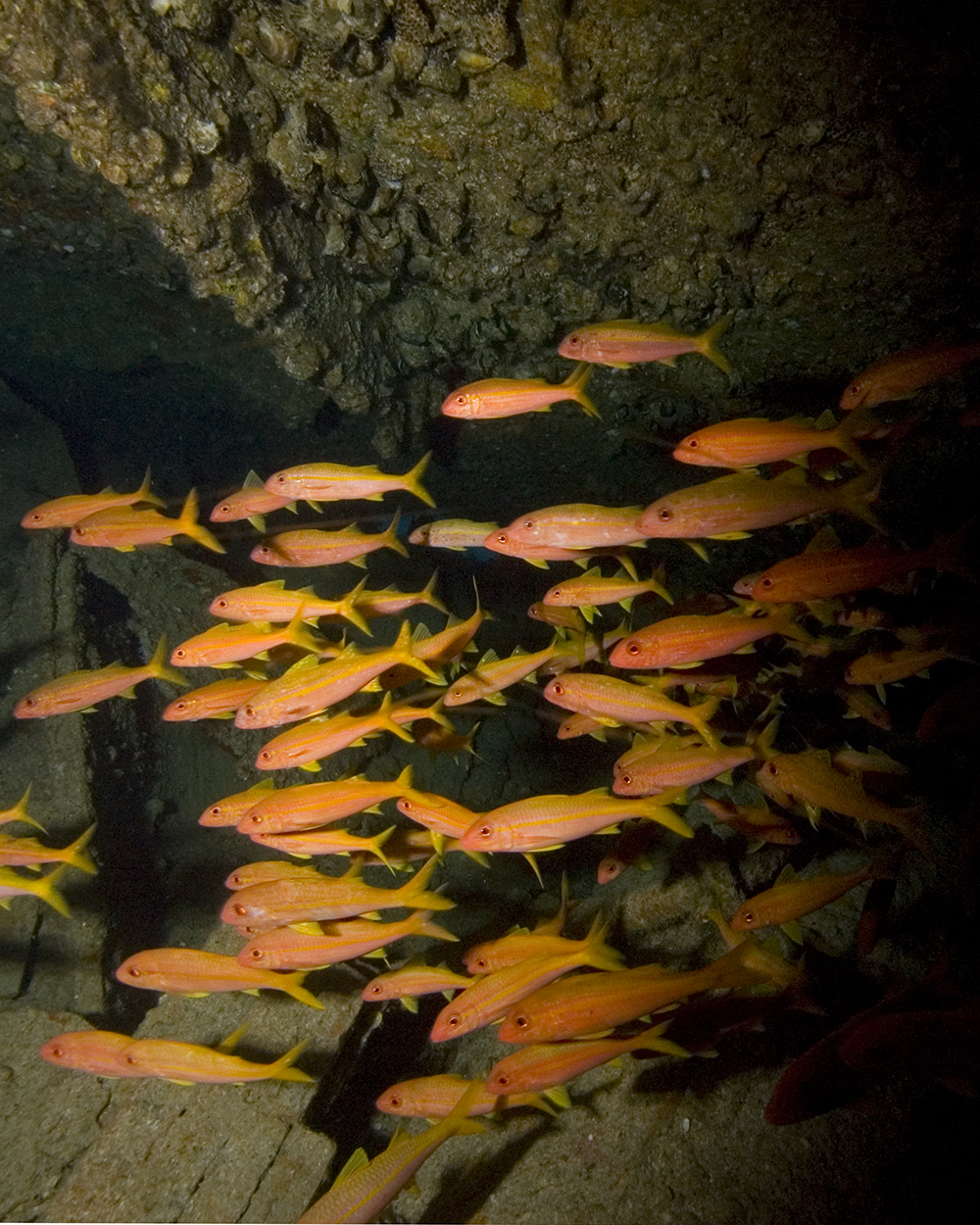 At first I thought this group were soldierfish, going by the color, but these are Yellowfins sporting a reddish hue as they shelter in this shipwreck.