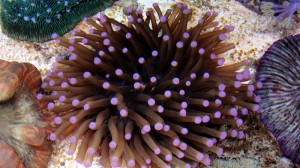 Although notoriously intolerant of tissue damage, the beautiful Heliofungia actiniformis is an exciting addition to any reef display. Willing to test this coral’s vitality, I made an attempt to propagate one.

1. The Heliofungia was forced to retract by hand. This reduces contact between the propagating tool and the coral’s sensitive tissue, minimizing damage and stress on the coral. 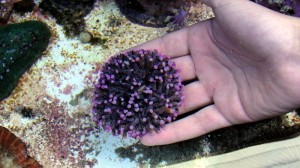 2. To reduce the amount of heat transferred to the polyp, the Heliofungia was cut in half using a diamond band saw. This saw uses a drip mechanism to keep the subject cool. The cut was made perpendicular to its mouth, which enables the mouth to recover more rapidly, allowing the coral to feed. 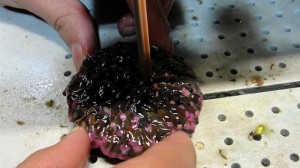 3. The two halves were then placed in a Potassium Iodide solution for 12 minutes. This procedure reduces the risk of infection, which could potentially lead to necrosis. 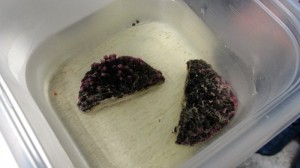 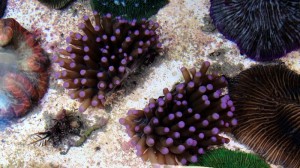