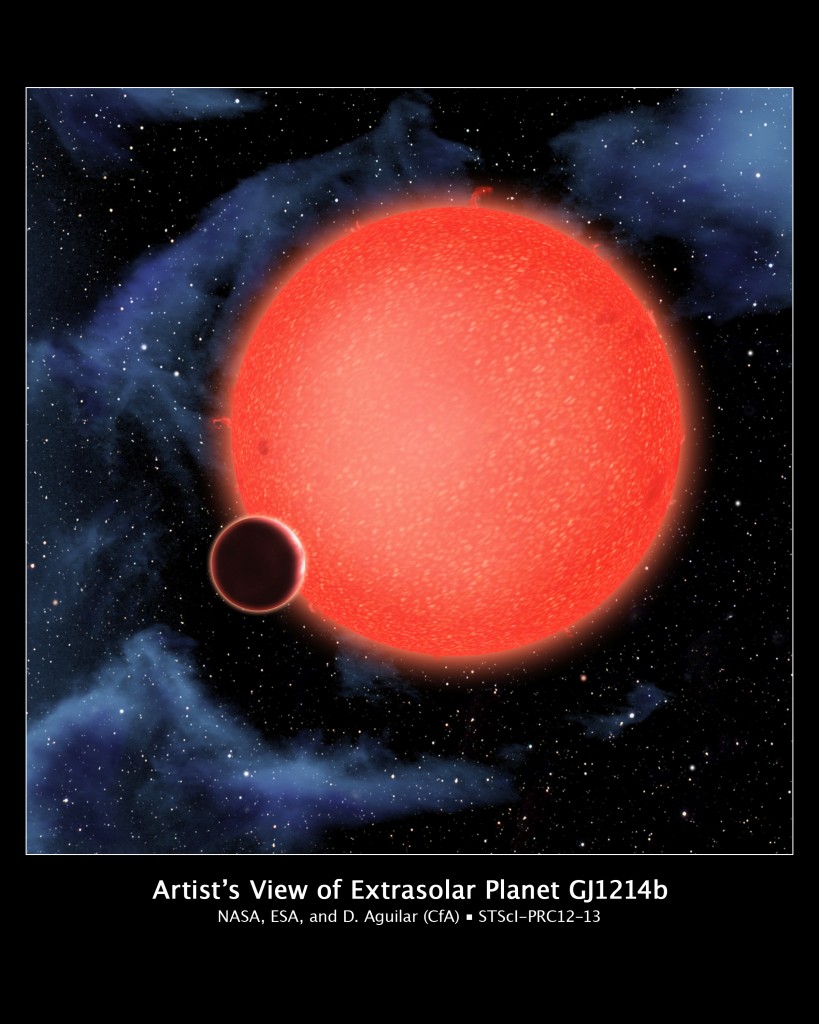 Earlier this week, NASA revealed that the Hubble Telescope has discovered an entirely new class of planet: a true Waterworld.

By examining how light from a star passes through the atmosphere of the planet, dubbed GJ1214b, researchers were able to estimate that the skies over the planet were “steamy”, rich in water vapor. Actually, to be more precise, they were MOSTLY water vapor. The scientists, knowing the size and mass of the planet, have been able to determine that has much much much more water than Earth.

Perhaps the most tantalizing part about this aquaplanet, however, is that at some point in  its history it likely passed through the so-called “habitable zone” of the red dwarf star it orbits. At this point however, the surface of GJ1214b is a balmy 450 degrees Fahrenheit. It also weighs seven times as much as Earth and has a 38 hour year.