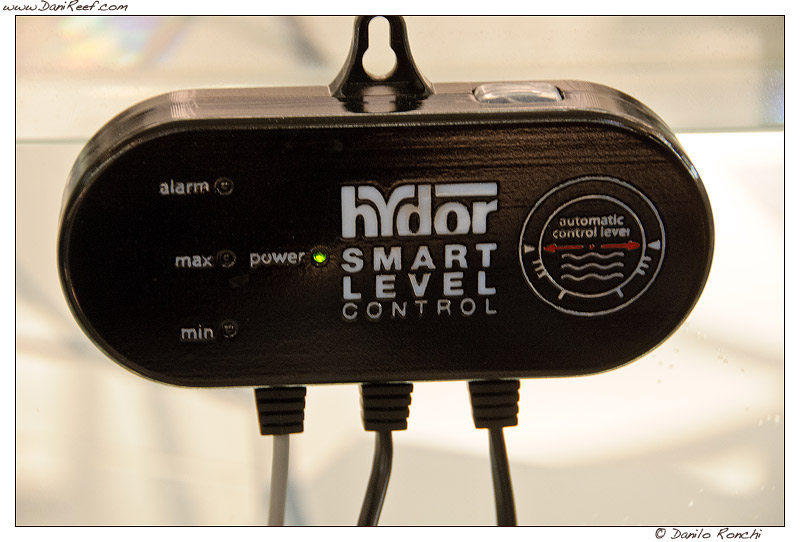 Moving to Hall 1 we find the Hydor, Italian brand famous because of pumps, but also skimmers, calcium reactors, and virtually able to meet a wide range of fresh and marine aquarium needs.

The Smart Level Control is in fact a complete osmocontroller designed to work in fresh or marine aquariums with sump or no sump, because the pump is not provided and therefore we can use any pump that has the head required.

The detection system of the water level is not based on a float, but Hydor has presented a system based on the control of temperature, as already seen for Elos, which gives the system a good reliability over time, and virtually no error of false detection. 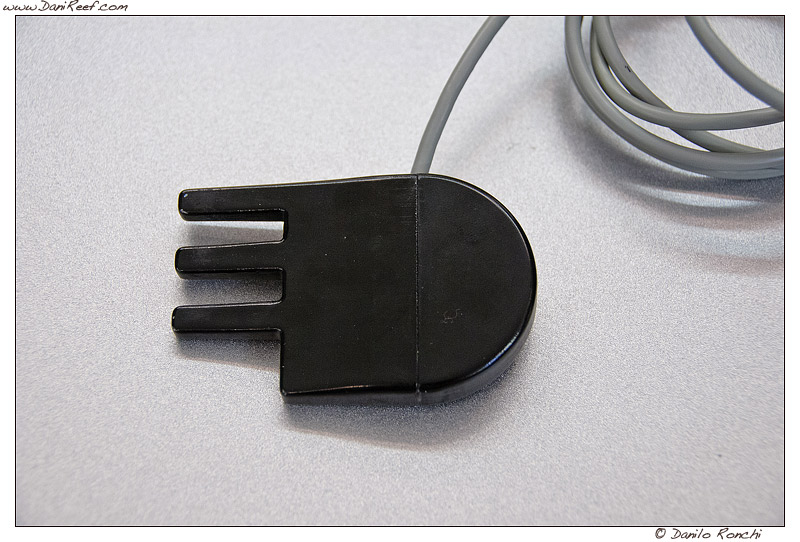 What you see in the picture is the level sensor and the three horizontal teeth are the containers of the temperature probe and small heater serving to detect a difference of level in the aquarium.

From the control panel you can see if the aquarium is at minimum or maximum, or you can see if something is wrong, then obviously there is a power button, useful for example during water changes, which is very convenient though often overlooked by manufacturers.

The most interesting aspect however is the price, which should be around around 60 euros (75 Us dollars), with the device that should be available roughly from September, which is a very competitive price for the market.

Obviously into the stand were all Koralia pumps, and the series of skimmers and calcium reactors Performer Series.

Interesting to know also that shortly there will be some huge news on the front of the pumps with new pumps that will soon be presented to the public.