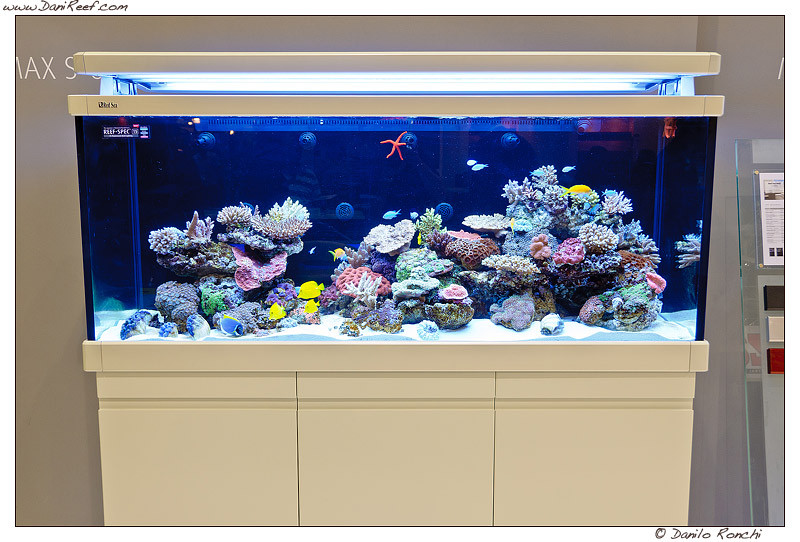 Continuing in Hall 4, we also visited the Red Sea booth. What struck us most were undoubtedly the aquariums, modular, and complete, really well done.

They had shows three different sizes of aquariums, the largest of which was really nice also for animals contained. 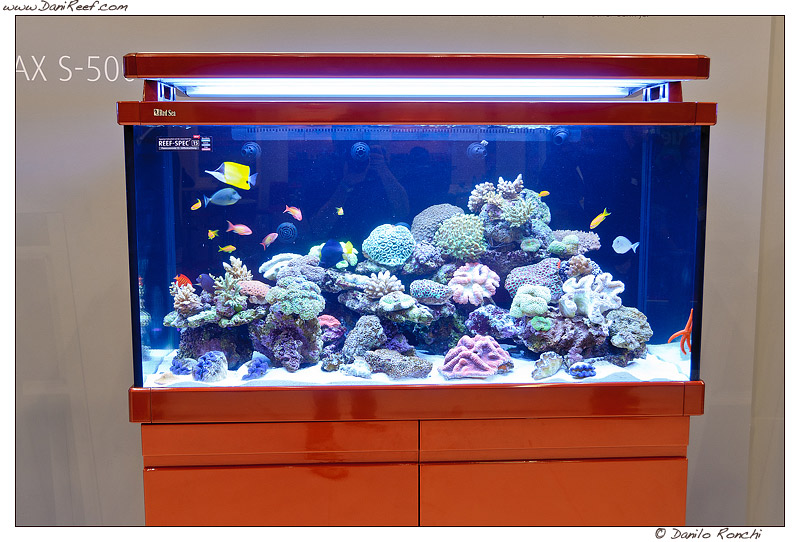 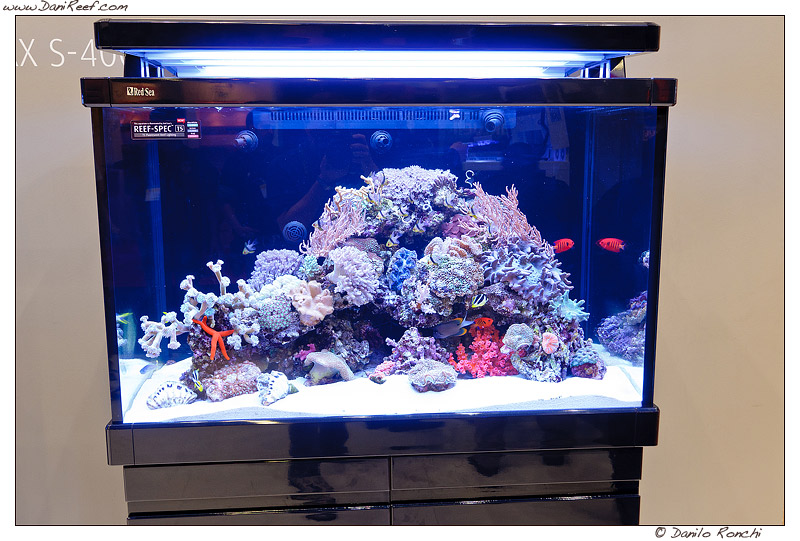 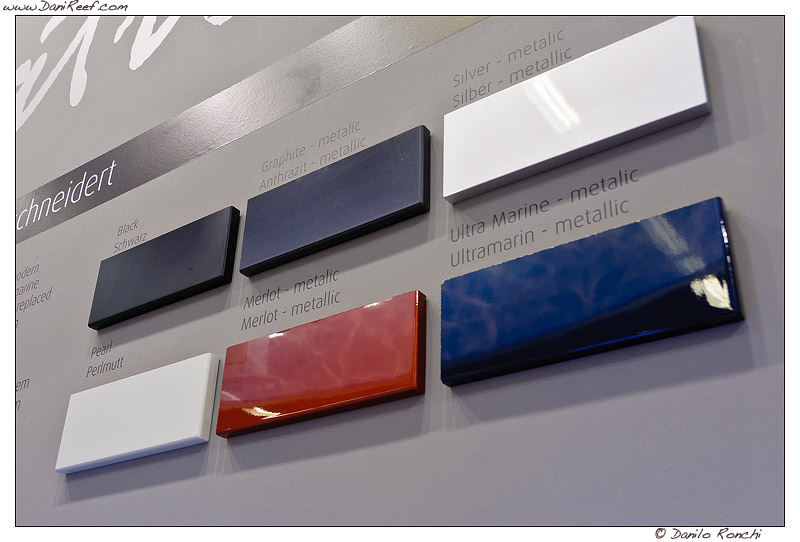 The coating is made of plastic, and is practically all replaceable, so that we can move from a total white cabinet, to red, black, metallic silver, metallic blue or metallic graphite. 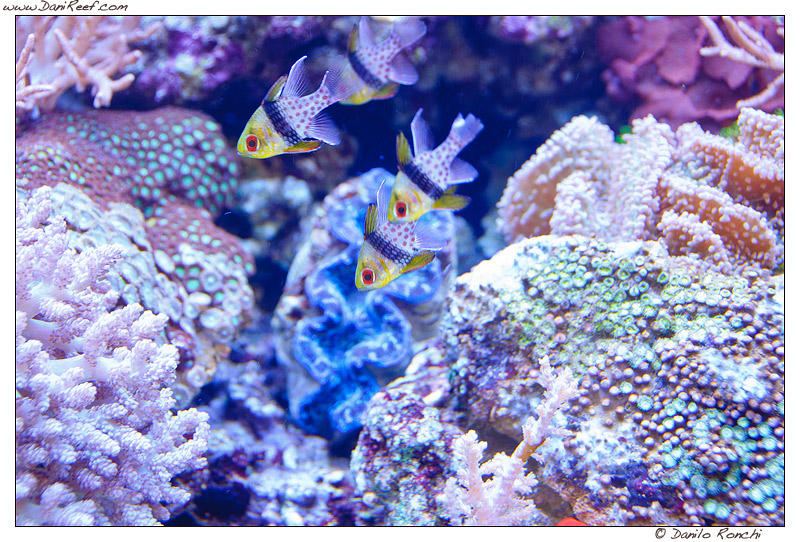 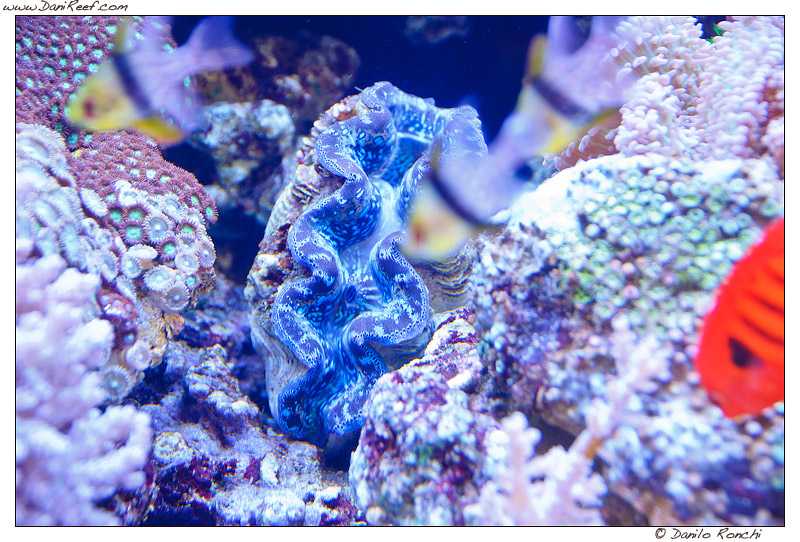 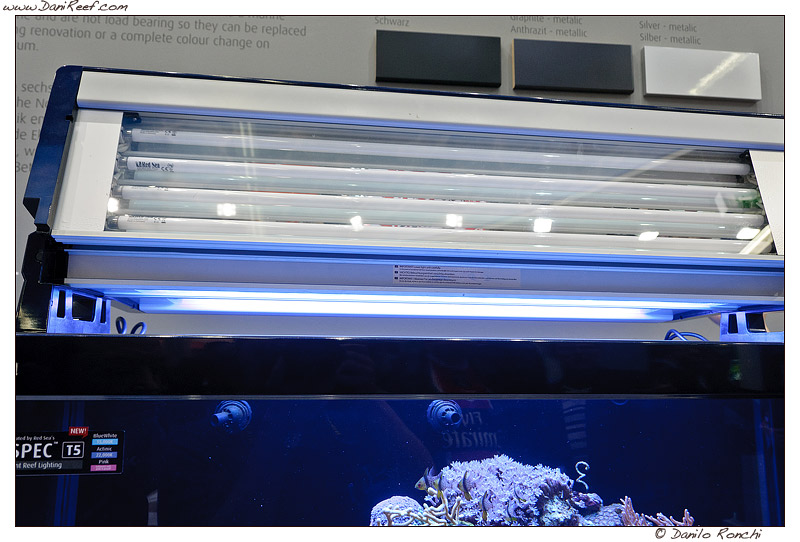 One of the thing we like most was the ability to raise the ceiling, here in T5 version, with the ability to turn off automatically the neon raised, so that we can work into the tank without being blinded by the light emitted by the lamps. 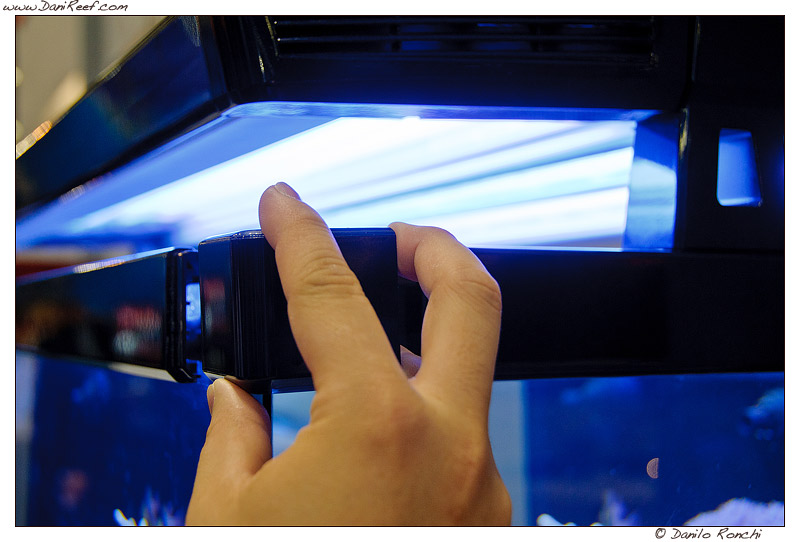 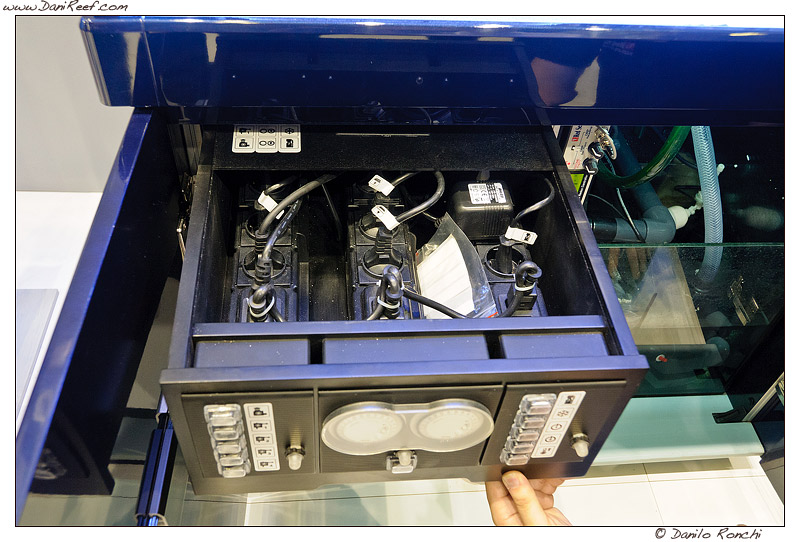 Inside the cabinet we find a beautiful container with all the electrical outlets well isolated from the water, with external timers and all firing, so that you can drive the aquarium from the front panel. 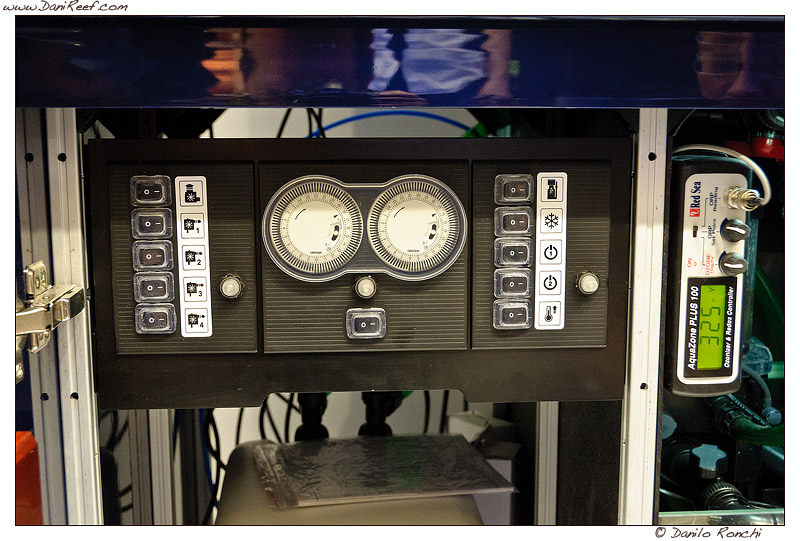 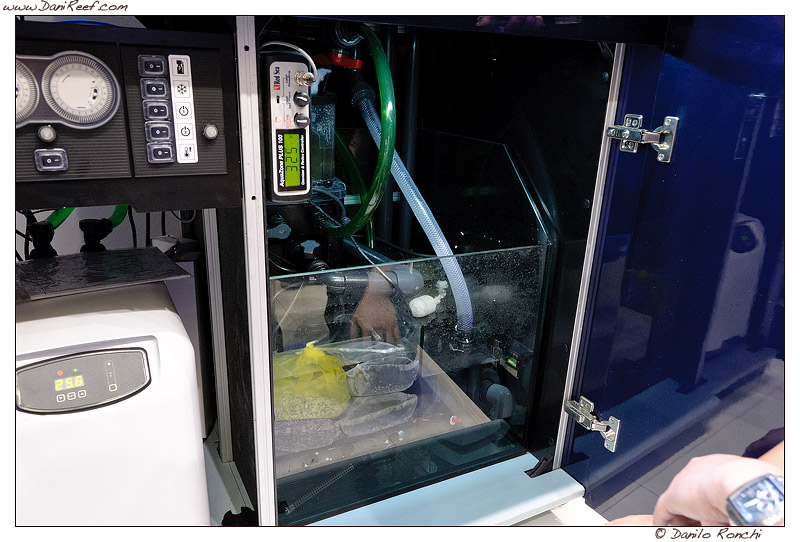 Here’s the sump with horizontal float, bulky but very safe, and to the left the space for the chiller, usually not included, sold separately. It’s a pleasure to see the Italian Teco choosen chiller. 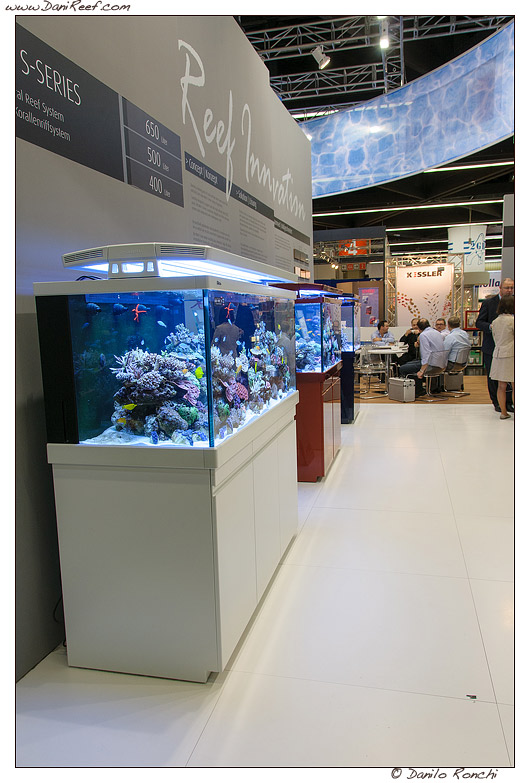 And finally a complete view of the stand … beautiful large aquariums … no doubt, and the costs they said weren’t so high as we expected … If you were to buy an aquarium in my opinion might be worth considering the Red Sea Max