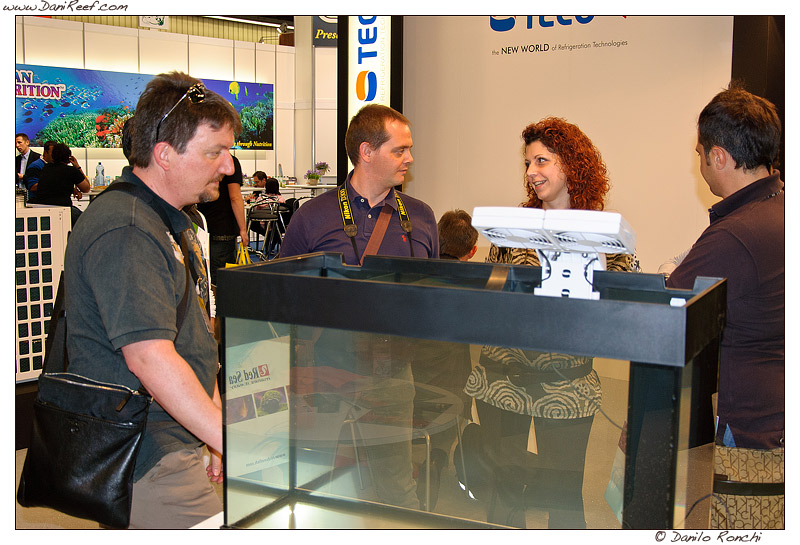 We immediately started talking about Echill, presented two years ago and in the production and sale since last year, a product that we loved, that we had a preview on our website (World premiere: The Teco E-Chill is here. How setting in this incredible video by DaniReef) and we will release shortly a very complete review. 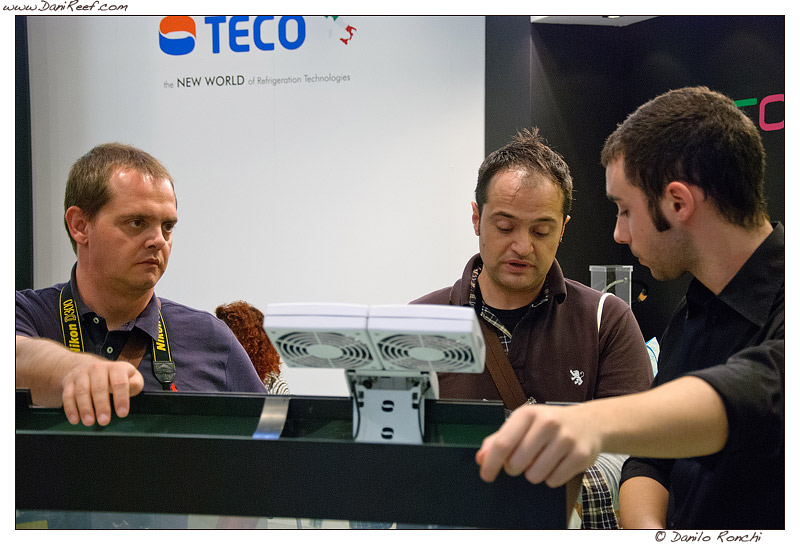 Here, I and AndreaNegu were discussing on an change previewed by Teco in this Interzoo, an accessory that will soon be sold, to make space between aquarium and echill, to make sure that even those who did not have a ceiling HQI can use it, as we see in the picture below 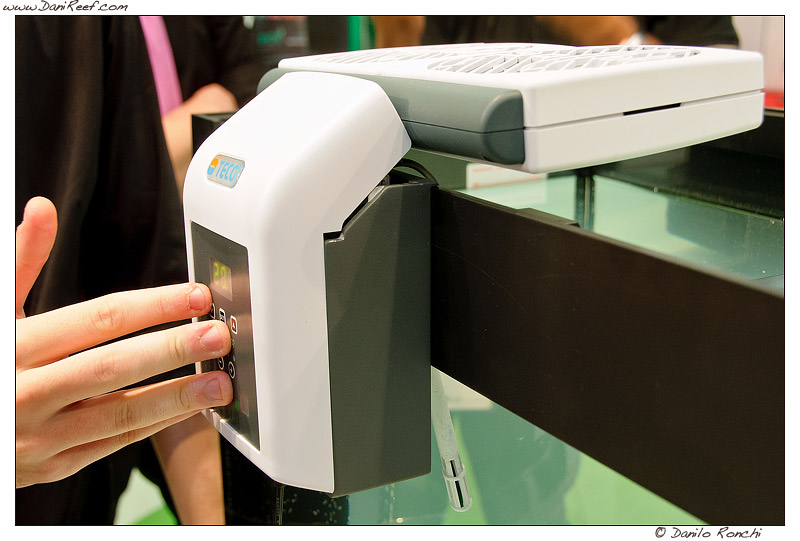 Here we see just the accessory that brings the fan hub near the aquarium glass. 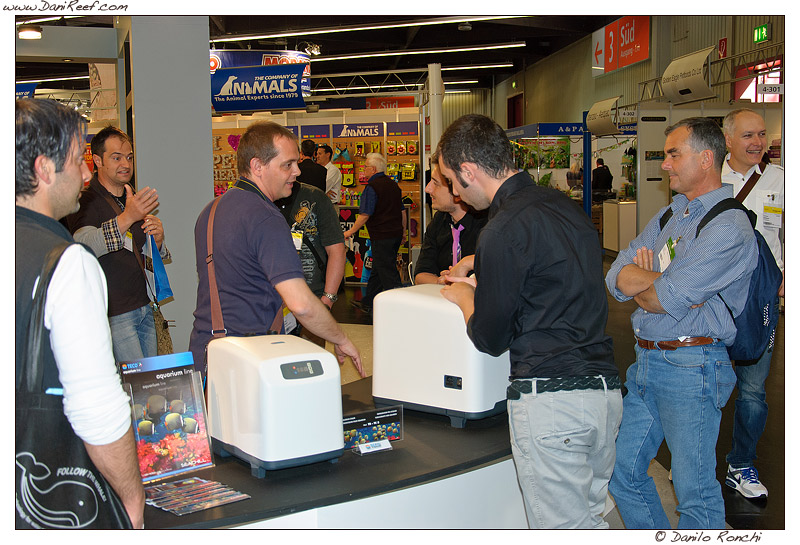 Then we moved into the area with chillers in white livery, they were doing fine show alongside monsters dedicated to public aquariums 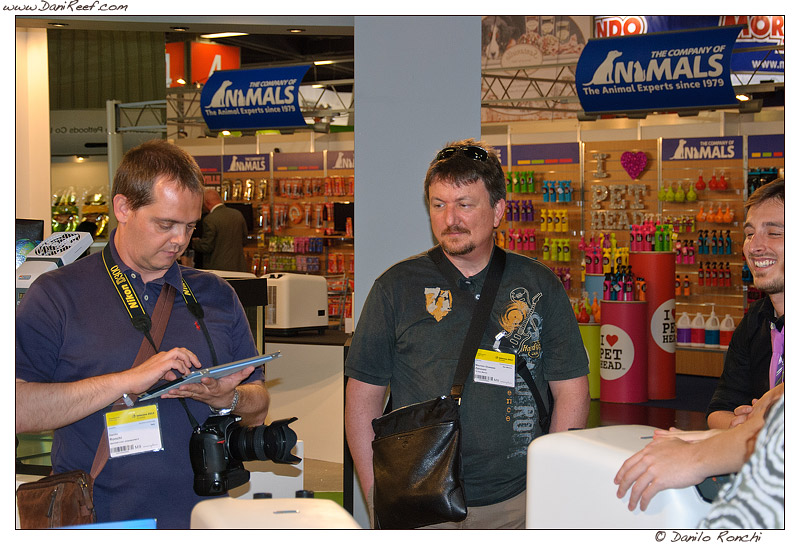 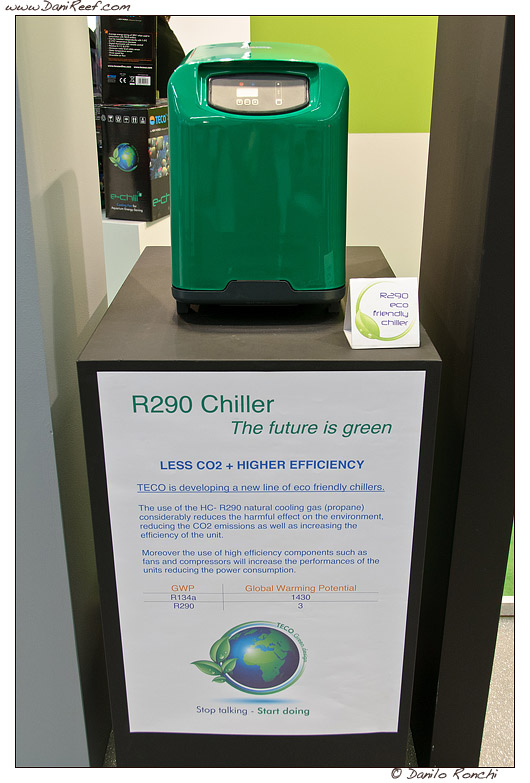 This chiller, still under study, although very advanced, uses R290 gas instead of the old R134A. 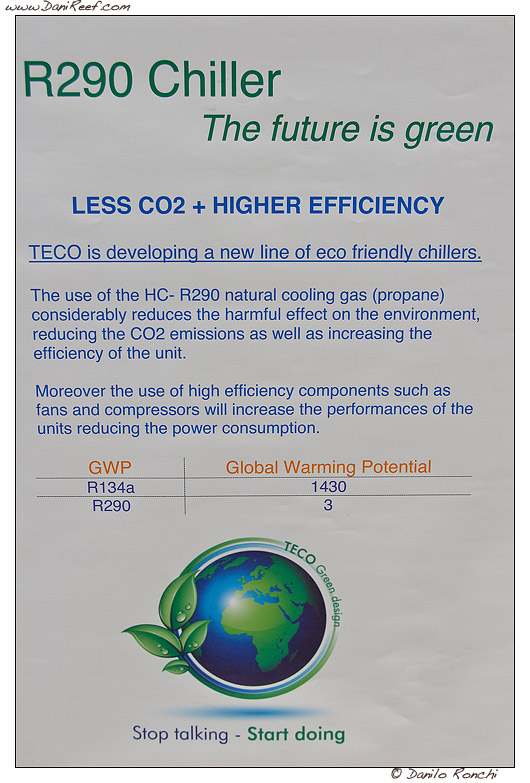 The differences are substantial, since the emission of CO2 into the atmosphere is extremely small, as shown in the table above, from 1430 to 3, and at the same time the unit promises to be much more efficient 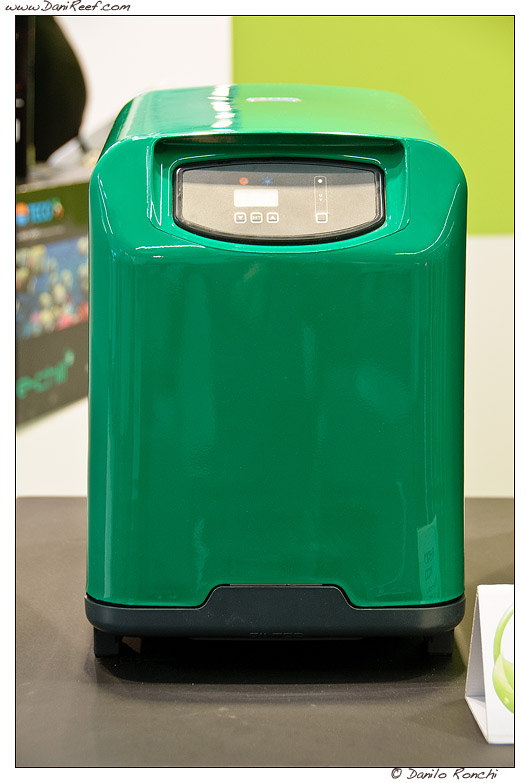 Here we see the front, in green, very attractive, we loved it 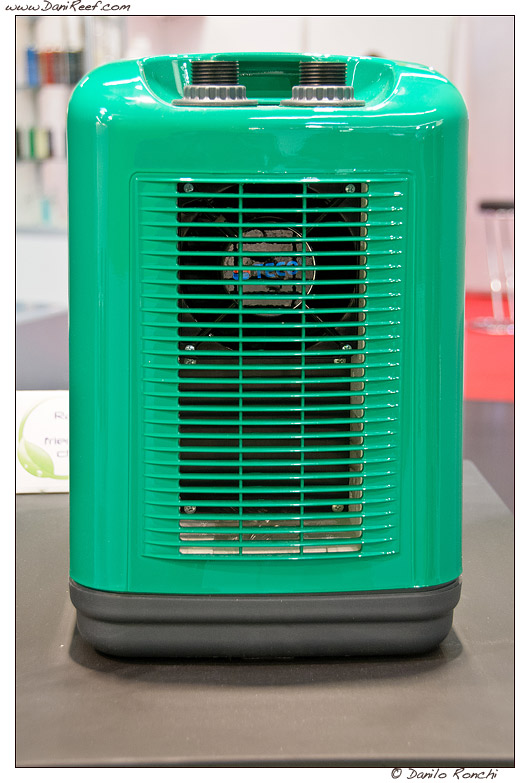 Here we see the back, always green.

We also discussed with the owner, Dr. Massimo Turci, the possibility to have custom covers for chillers, which we believe would be very much appreciated by aquarists and also the possibility in future to be able to have the air grid in the front position, for convenient installation similar to this : How to put the chiller in the aquarium next to the sump (only in italian but you can see the self explained photos) 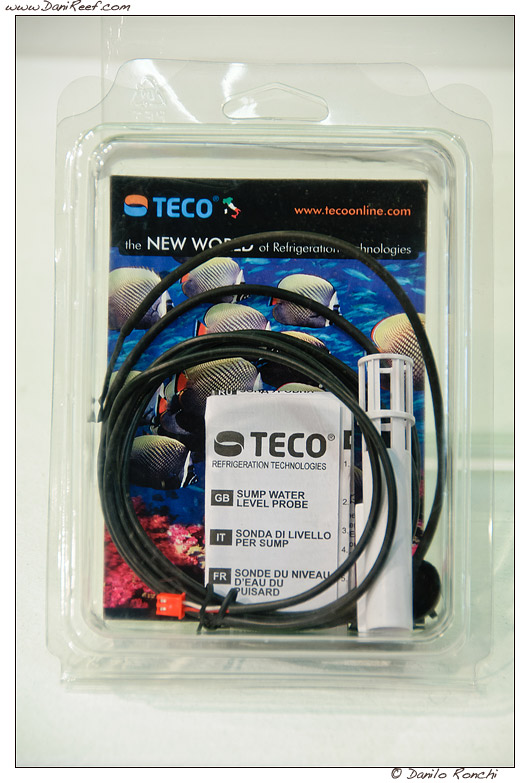 Finally we close with a final relative novelty about Echill already announced since its debut, is now available a probe with a much longer cable to be inserted in the sump. This is a level sensor which warns if the aquarium water level drops below a certain level, the original version had a much shorter probe which had to be close to unit, but that was of limited interest to all aquarists with sump, because the level in the tank, however, remains constant. But today you can connect this sensor to monitor the water level in the sump which increases considerably the appeal, also because they’re studying an osmocontroller to connect with it…