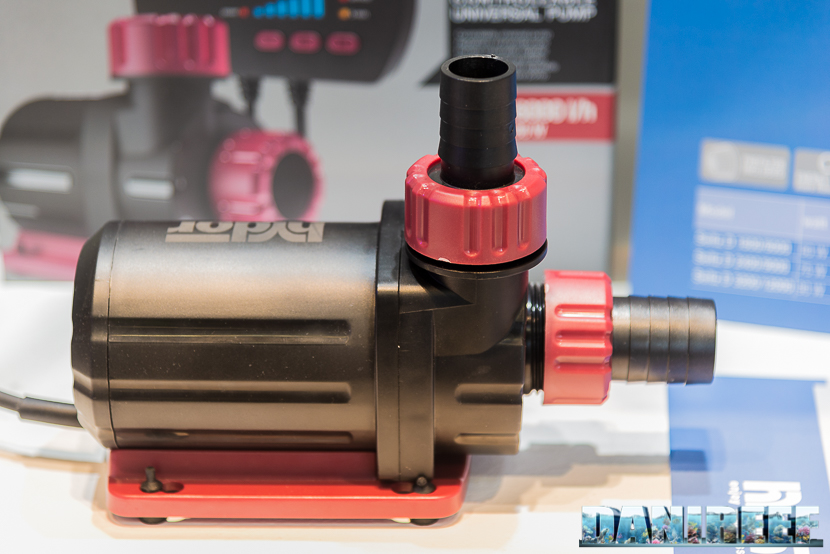 We’ve been waiting for a Hydor return pump for several years. And the revolution has finally come, with the new Seltz D debut.  It can be controlled through line-controllers, but the pump is powered by alternating current, not direct current as one might think at first sight.

The Seltz D is a 6 pole pump, and it should therefore have a more linear functioning and smoother power ups and arrests. The controller allows the user to vary the intensity and to put the pump on pause to feed the tank.

It currently lacks the ability to be controlled through the cloud, but this is not an indispensable feature, in all honesty. Especially when this alternating current, controllable pump has an extremely moderate price, made possible in part because it doesn’t have to have an inverter to switch from alternating to direct current. 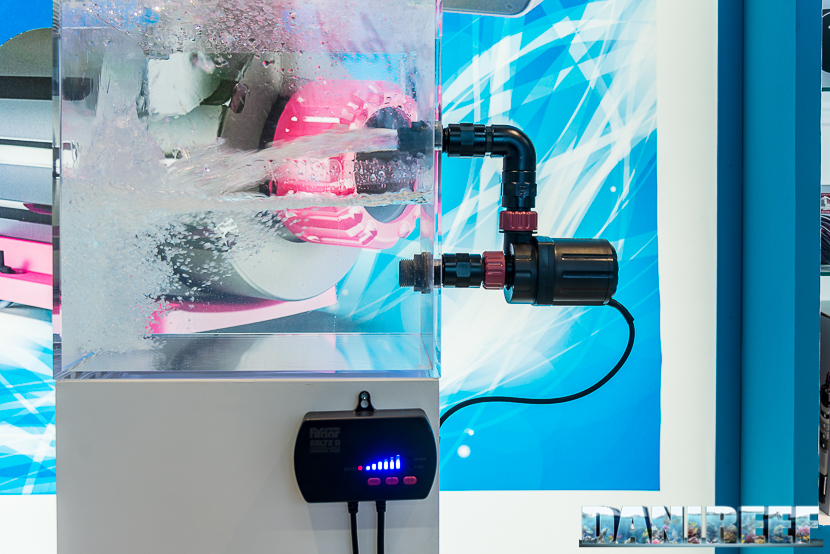 Above, you can see the pump flow and the controller in action. We have high expectations for this pump and can’t wait to try it out.

There are 3 pumps, ranging from 6,000 to 12,000 liters an hour flow rate. Let’s see all of the new return pumps’ technical characteristics.

We appreciated how engineer Valerio Bresolin personally told us about it. His enthusiasm in introducing this pump, which Hydor invested a lot in, seeps through his words. 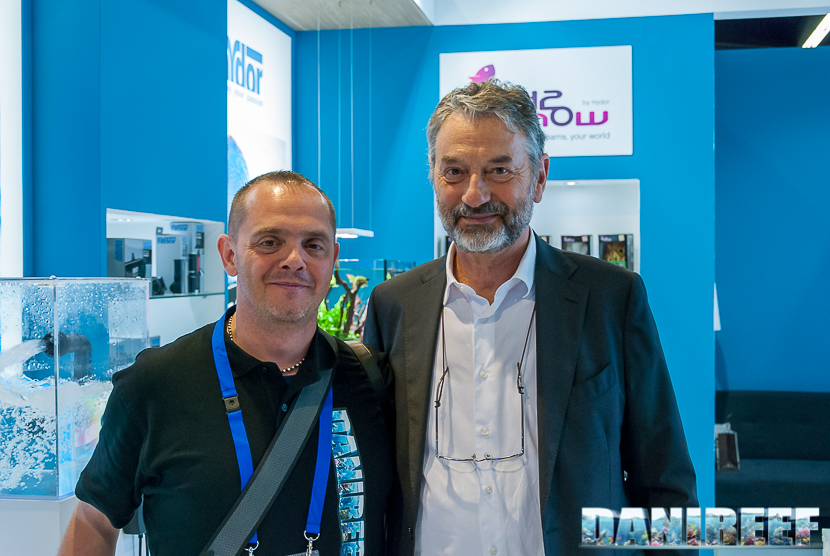 Inside the booth there were two aquarium set ups, a marine one and a fresh water one, to show Aqamai‘s performance. 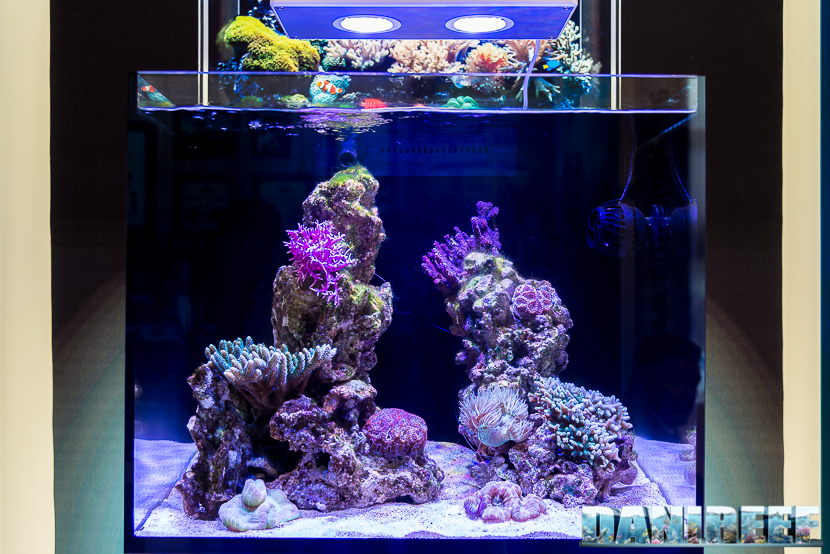 Below, you can see the gorgeous fresh water aquarium prepared by ITAU‘s Samuele Gamberini. 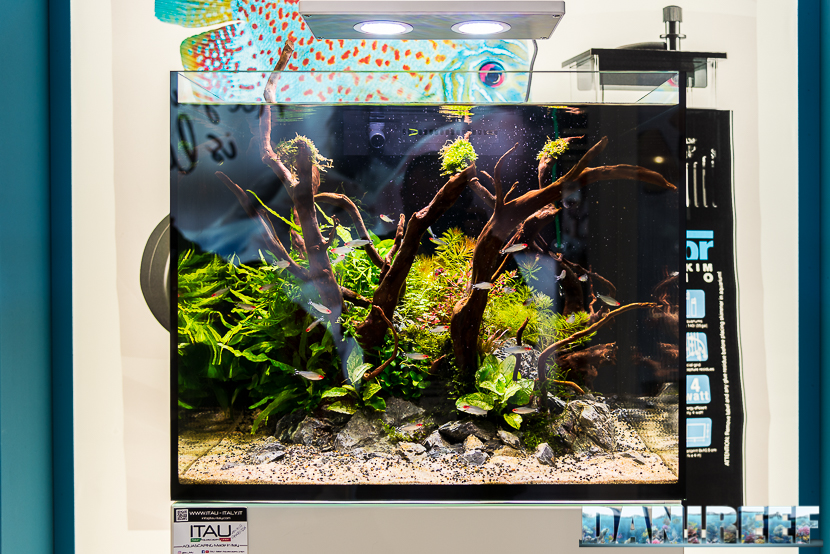 In the booth were also several Aqamai LRM ceiling lights for viewing, in black and in white casings. Splendid as well. 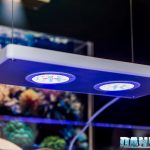 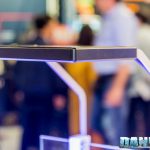 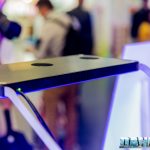 But the real standout for Aqamai was the introduction of the new Aqamai LRS ceiling light, which was essentially a cut-in-half LRM. 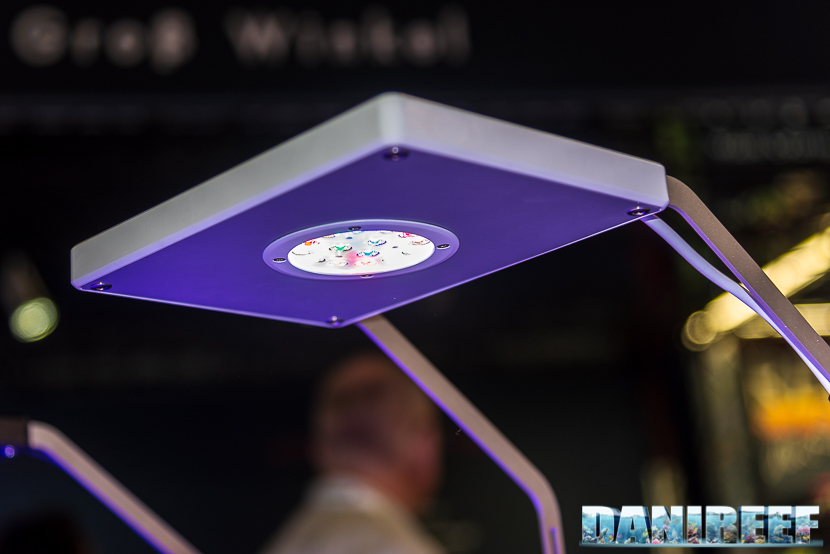 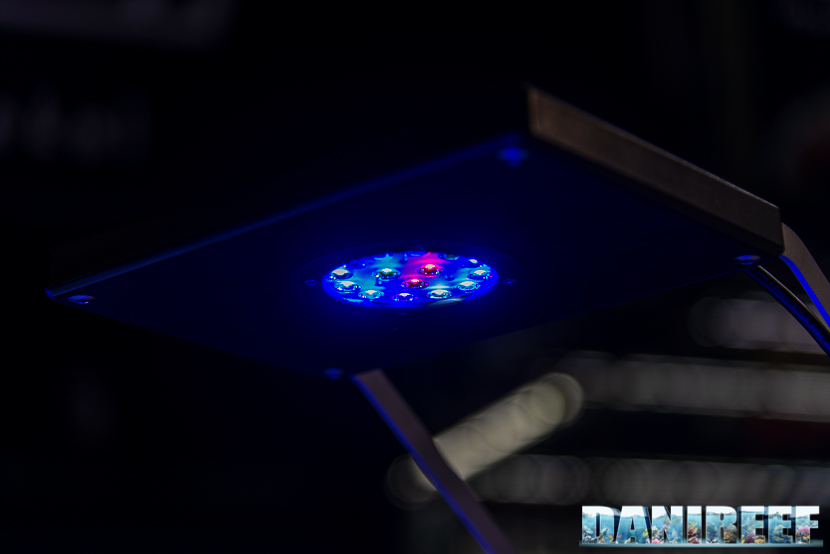 They are particularly suited for minireefs or nanoreefs with lower to average lighting needs, since if you want more you can obviously get the LRM. 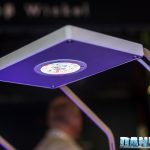 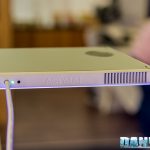 Its declared output is extremely promising, with a maximum value of 69.5 micromoli/m2s, measured at a distance of 60 cm. 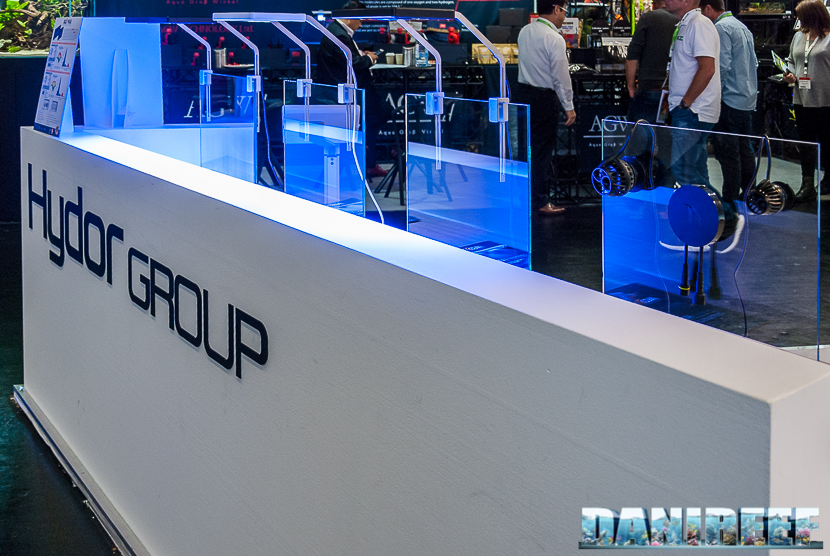 For more information about Hydor and Aqamai products you should check their official websites. In addition to this, we invite you to read our Editorial about the exhibition to learn about our views of the 36th Interzoo (2018): 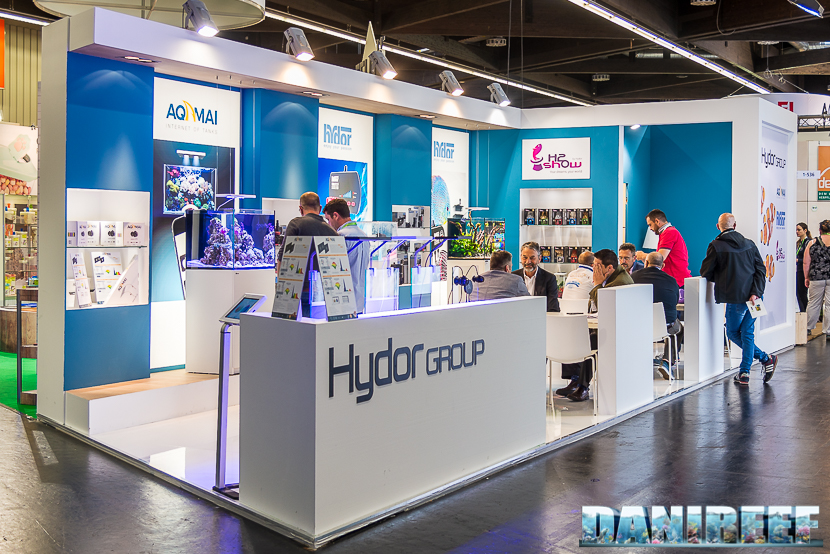