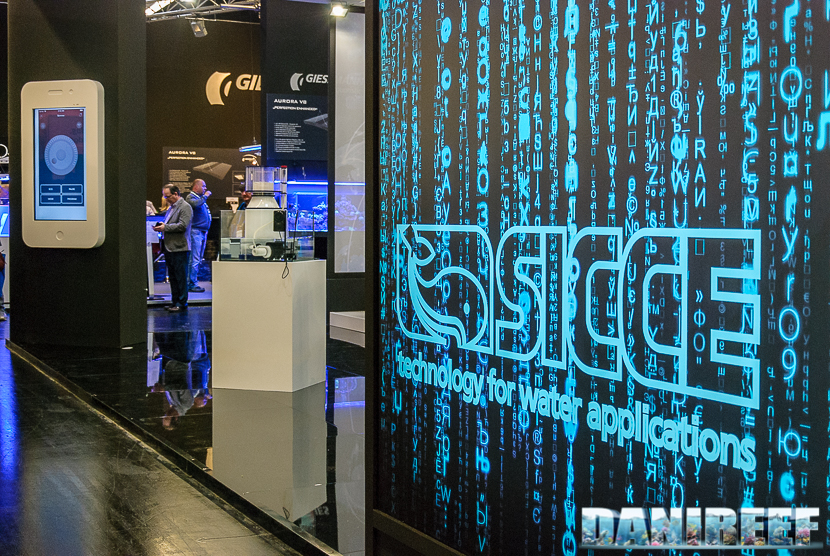 Yesterday, we presented to you our editorial about Interzoo 2018, and today we are talking about the booths we have visited. We’ll begin with Sicce, the Italian brand that showcased new pumps in every field.


Gloria Ceccon welcomed us to the very modern booth, of which you can see a picture above. The place was enormous, and was shared with Seachem, who sicce became distributor for in Italy a few years ago. The Matrix-movie-like layout, from Wachowski brothers, made me crazy.

Of course we are not here to just talk about the architecture of the booth, even if it was beautiful – we want to show and introduce to you all the new products that were presented.

We begin with explaining and showing you the new wave pumps: Sicce XStream SDC, which evolved from the Sicce XStream-E (review) we talked about three years ago. 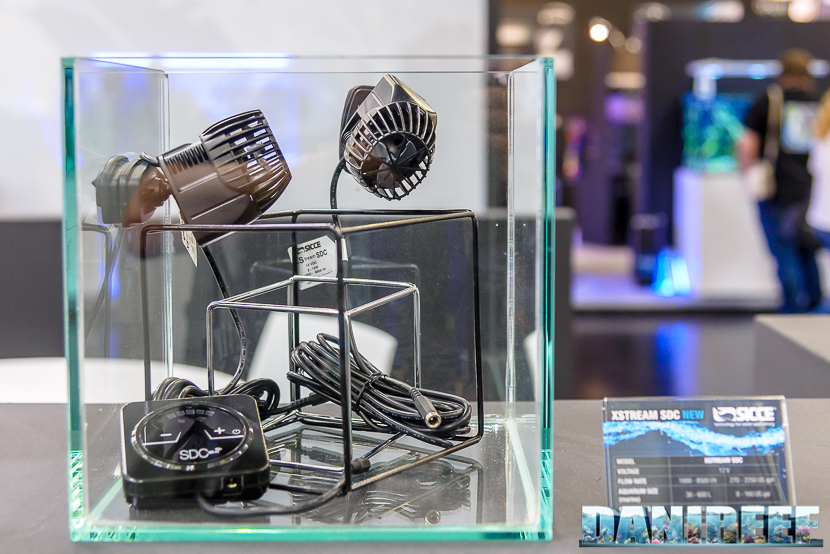 Both the wave pumps and the return pumps have been updated with a new controller; they are much improved compared to the old version. 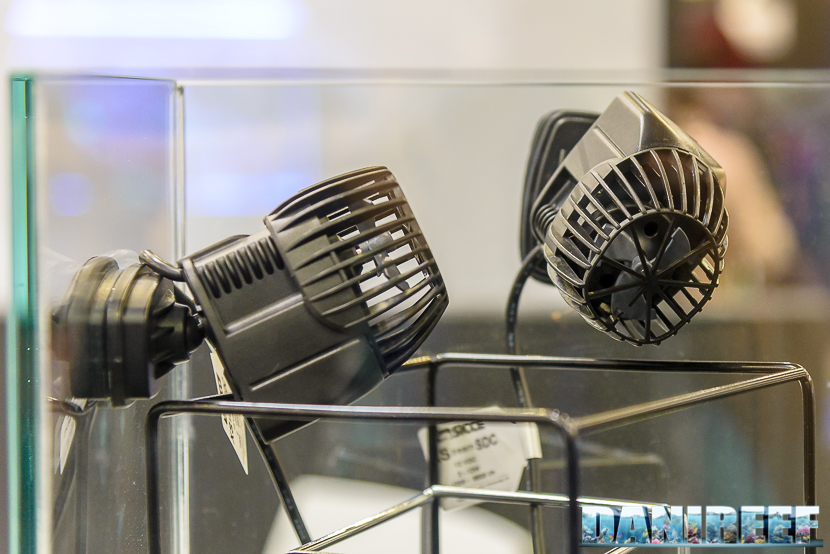 The dimensions and workmanship are the same of the previously mentioned sicce XStream-E, and so is the maximum flow rate. However, the minimum flow rate has changed from 3,000 to 1,000 l/h, making this pump more versatile. The main difference is the introduction of new logic and the new controller, as well as a lower power consumption.

The possibility to operate through the cloud has been added, and a better way to manage your own pumps is possible. As a bonus, it’s possible to have a temperature sensor, constantly measuring the water’s temperature, included in the pump itself.

The family of return pumps Syncra SDC is growing 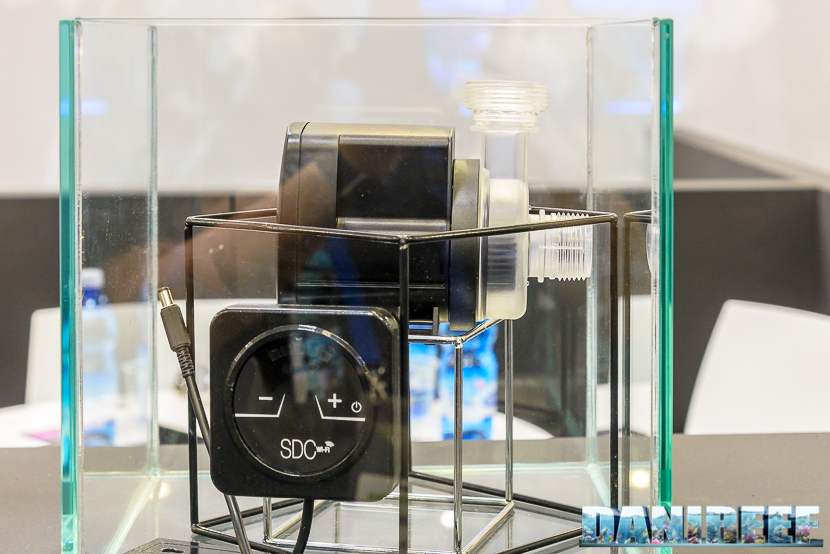 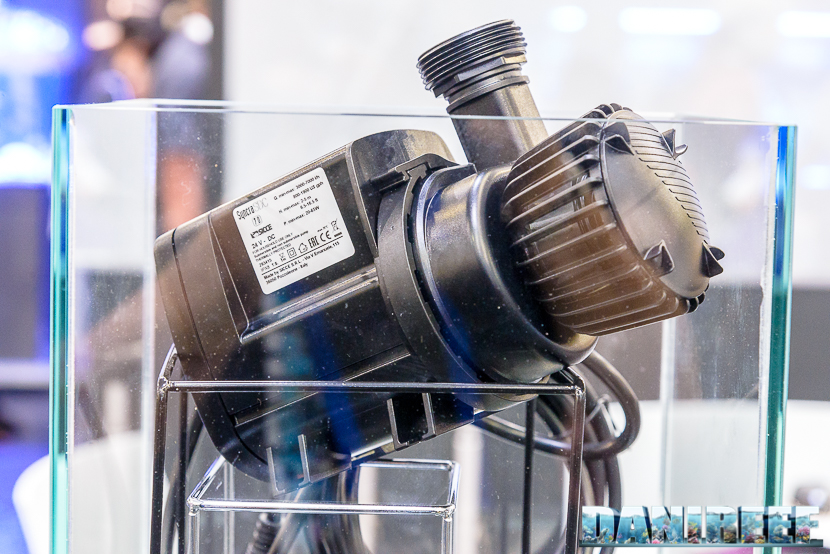 In their booth, sicce placed the three pumps in three small tanks to compare their power, as we can see in the following picture: 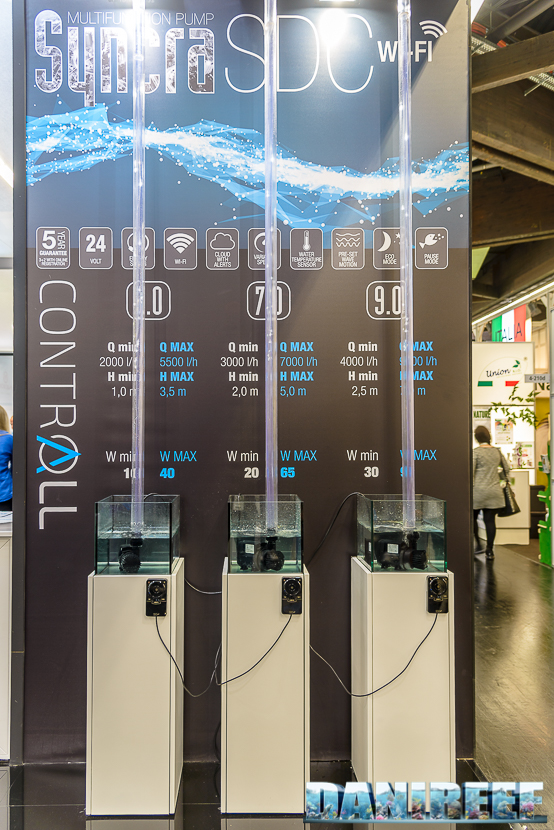 Of course the 6.0 has the ContrAll of the other pumps in the series, and it takes advantage of the control trough cloud and all the settings you can do with it.

The new PSK ADV skimmer pumps were also on display. 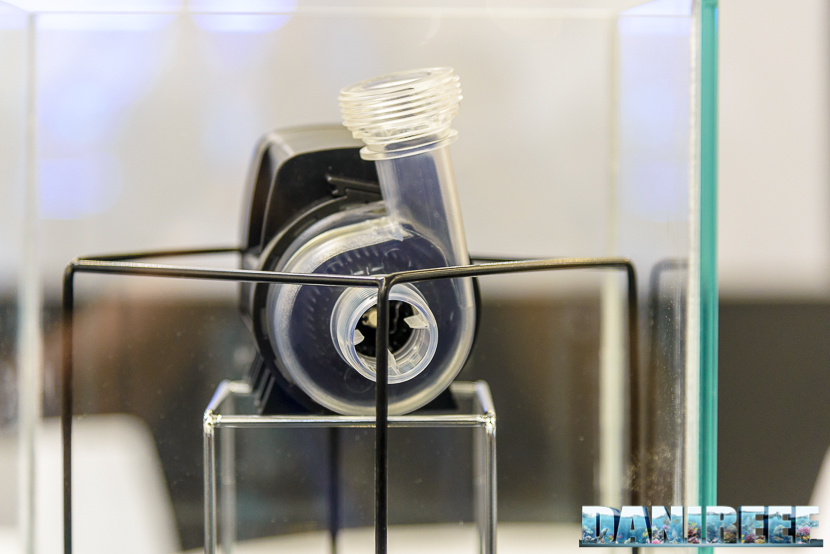 Highlighted in the booth was a giant skimmer that many people thought was built by sicce. It was actually built by  CBTech and was equipped with Sicce foaming pumps. 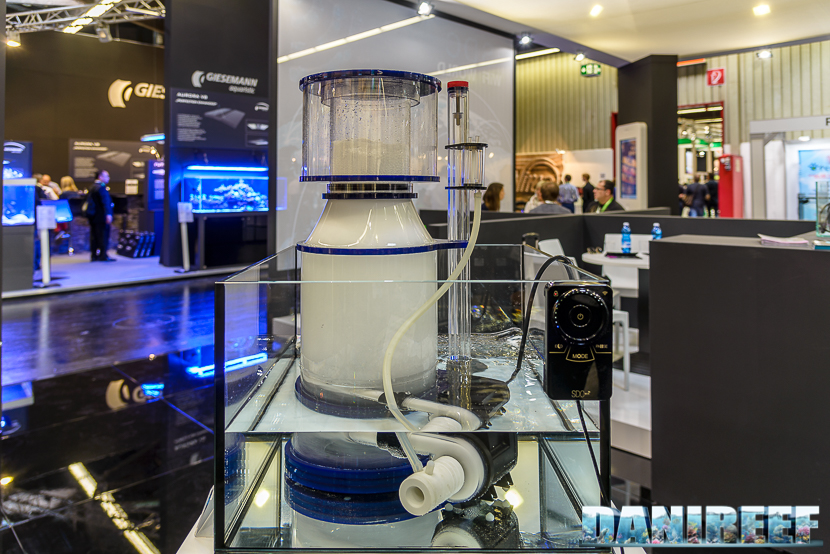 sicce wasn’t satisfied with presenting the DC version of their return pumps two years ago, and so they updated the old Syncra with the ADV version. 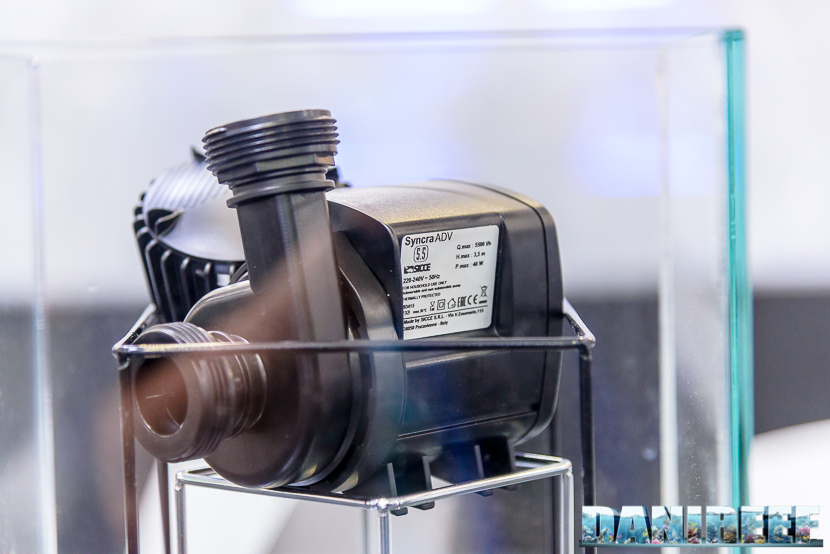 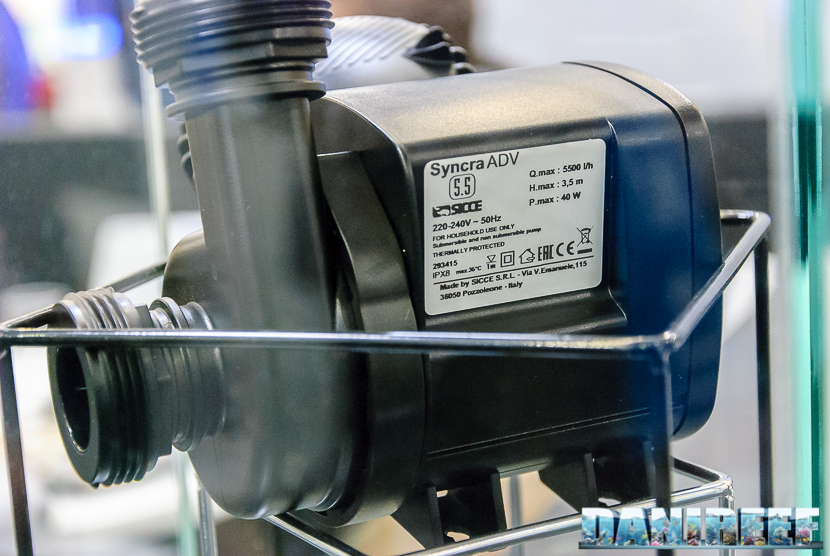 Basically sicce updated all its flagship products, all the pumps that represent the core-business of aquarium trade.

New foaming pumps, new wave pumps, new return pumps both AC and DC version. And they expanded their own line of some products. 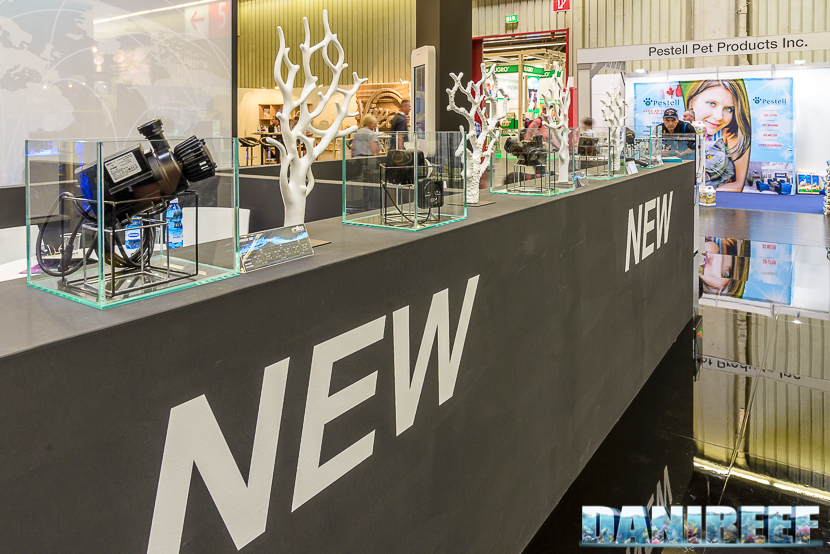 And the booth, like we said before, was great. 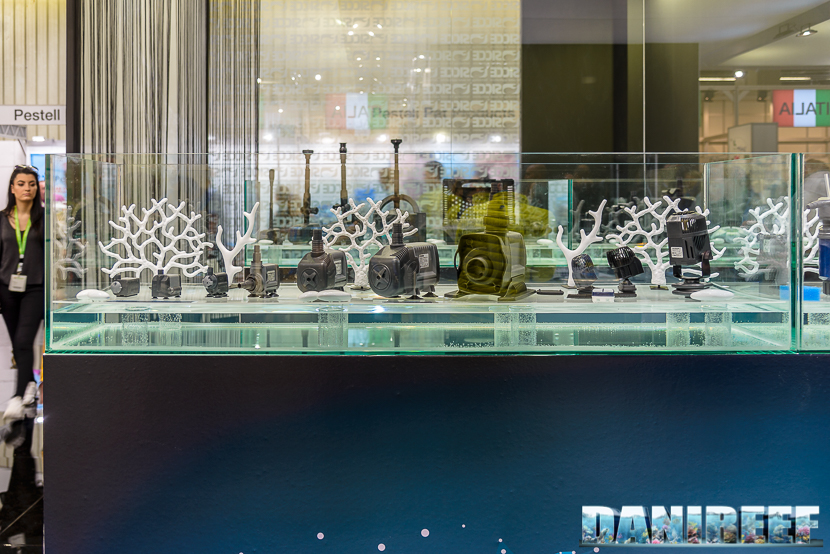 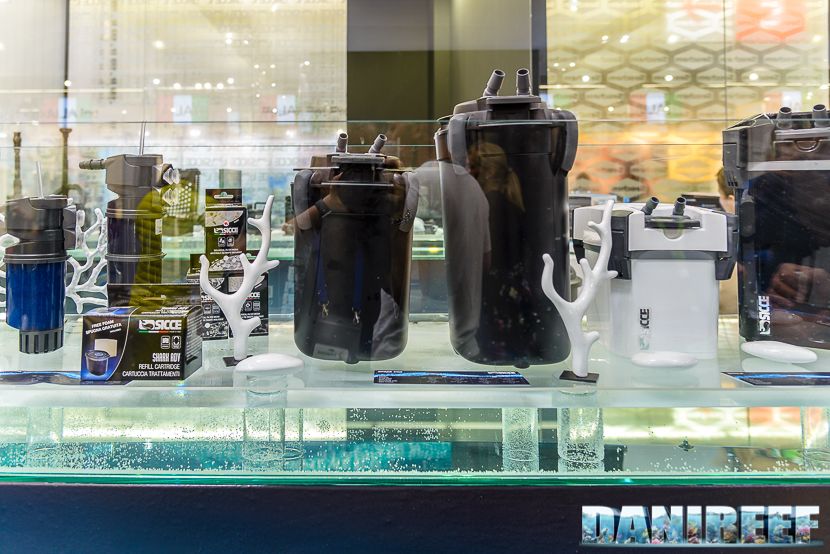 To deepen the knowledge about the new products by sicce we give you the link to their official website. We also invite you to read our Editorial about Interzoo 2018: