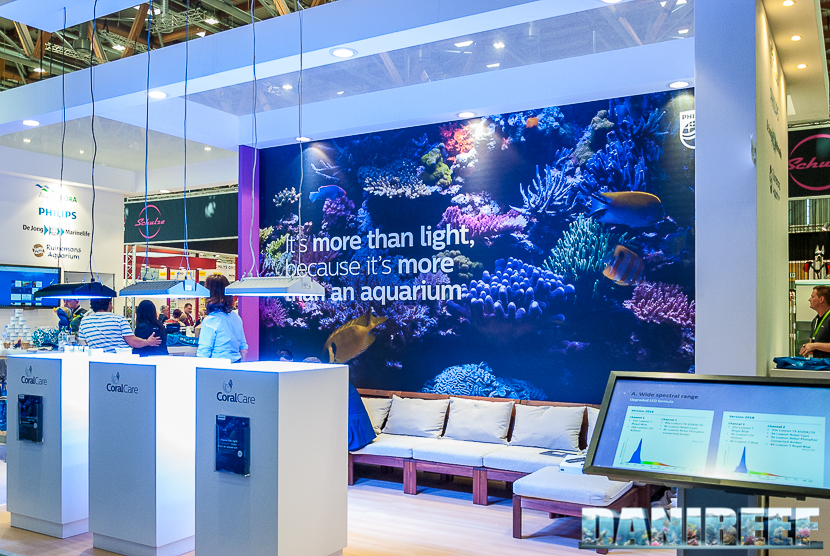 The new Philips CoralCare ceiling light was revealed during Interzoo 2018, in the most interesting booth at the exhibition.

The Dutch booth included Philips, AquaFlora, and DeJong MarineLife, and the new Philips lights were positioned to illuminate the beautiful marine aquarium by DeJong.

The sight was incredible, as you can also see from the pictures in this article.

Coming back to the ceiling lights themselves, the Philips CoralCare look very similar to the first line of Philips lights; you can see their measurements in our article. They still have the same shape, but now you can choose between three colors, not only grey, but also black and white.

However, the main difference is the kind of LED. In fact, Philips asked for customers’ preferences, and directed the coloration towards the blue. Many customers had given feedback that they lowered the white gradation in their aquariums in order to obtain a more pleasant lighting. 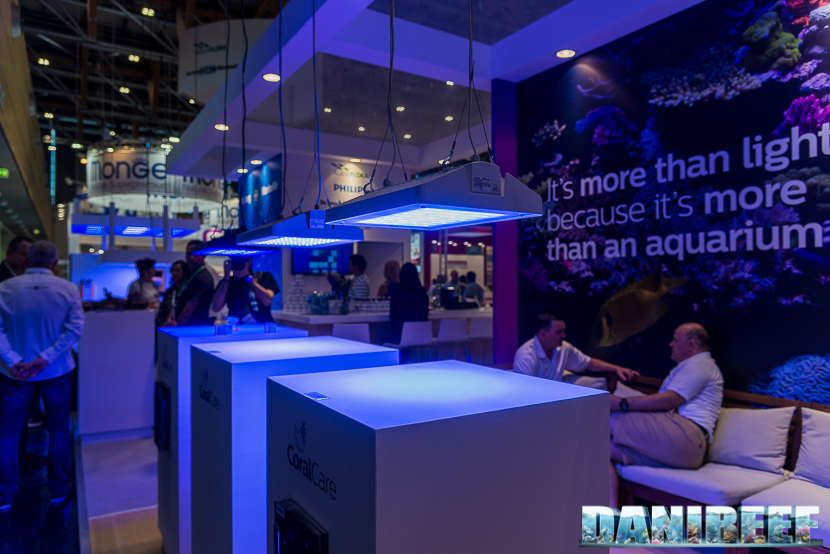 In order to show this, Philips installed three ceiling lights (one in each available color). One was the old one, and the other two were the new models. In this way, viewers could appreciate the difference between the two versions of the ceiling light. 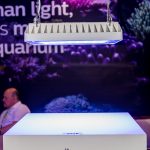 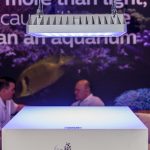 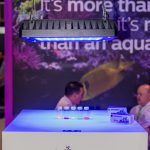 The white balance of my camera may not let the chromatic difference of the models emerge. 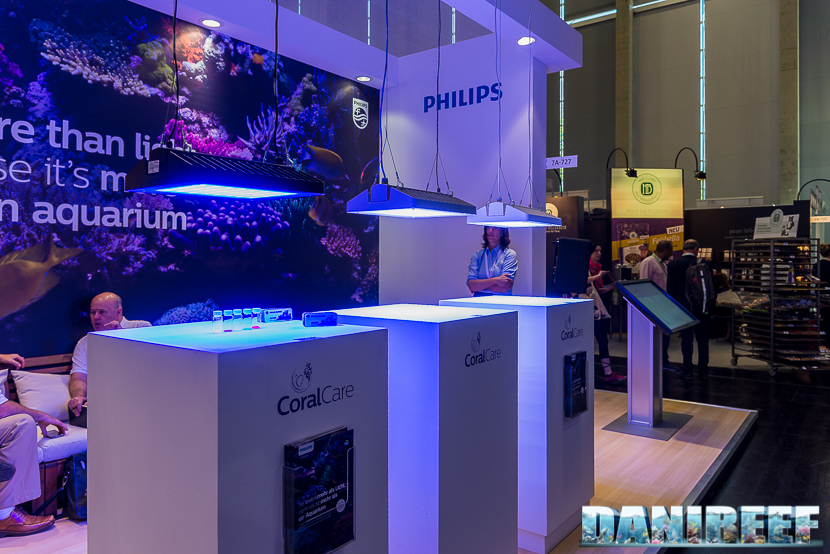 The ceiling light on the left was centered on the blue light, and under it was 5 vials of colored sand. With this, one could easily see how the different pigmentations stand out thanks to the ceiling light. 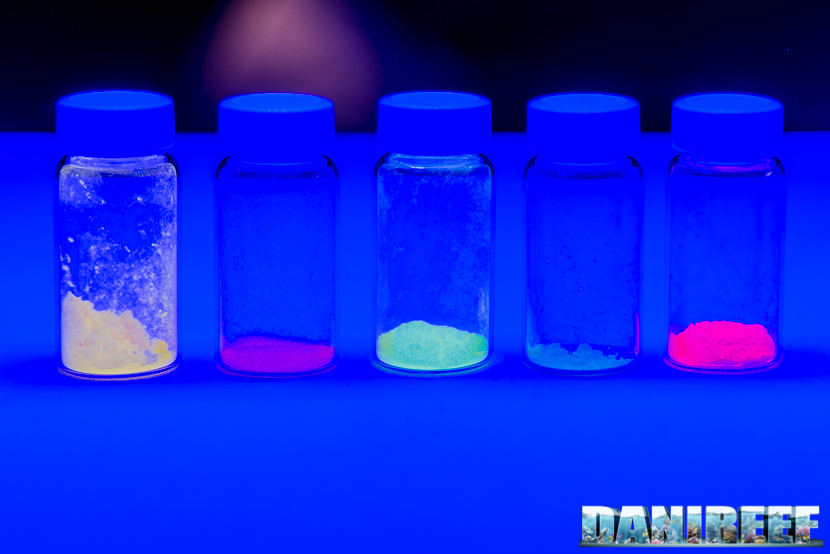 We liked the presentation very much. Sure, maybe comparing the performances of the old and the new models without having to move the vials would have been more useful. But this is just a minor detail. 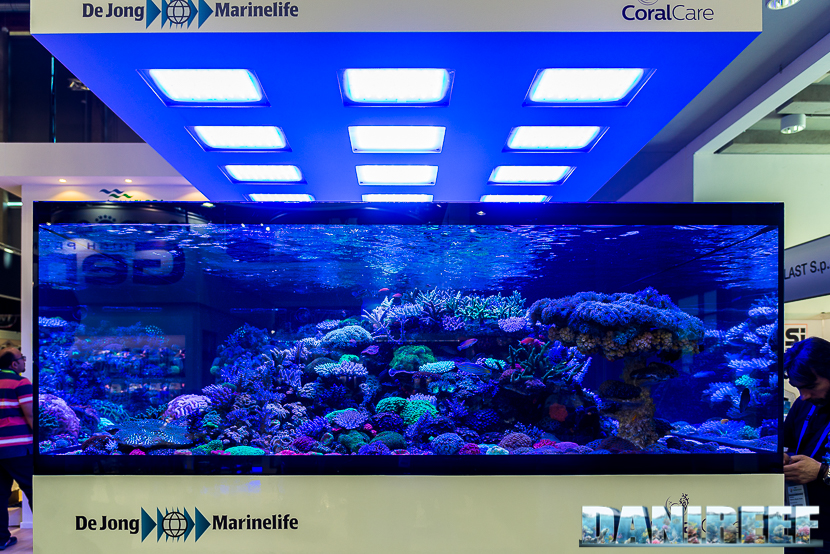 The aquarium was simply spectacular, and as you can see above, it used plenty of lamps. Twelve Philips CoralCare, in total! 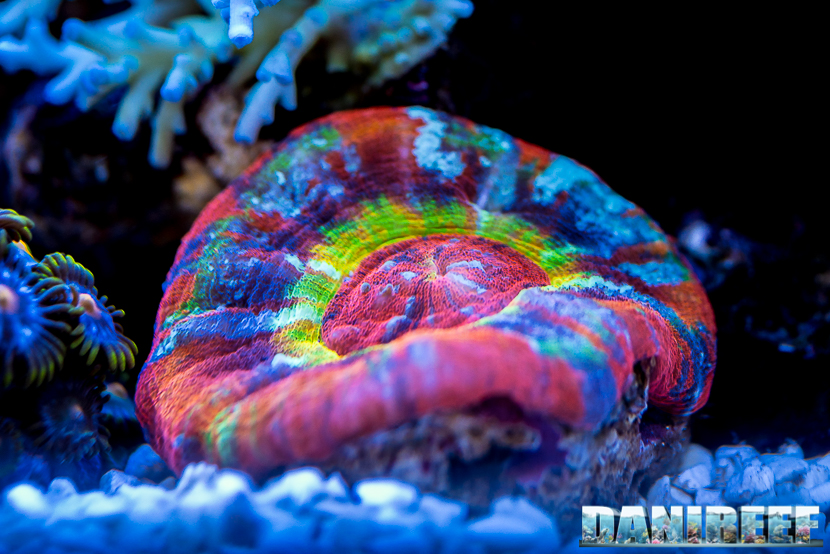 Let’s see some corals in detail… 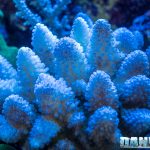 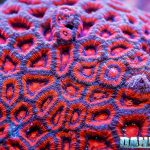 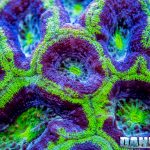 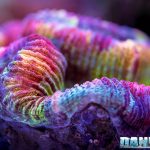 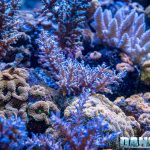 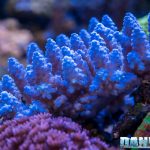 You know, we really like the Philips, and we think that this upgrade, both in the color of the ceiling light and the gradation, is a huge improvement in a product that was already great. 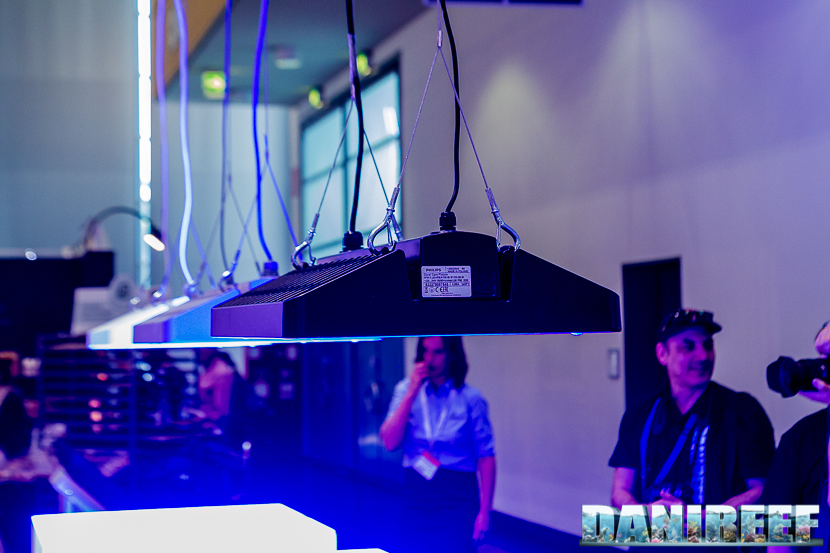 In addition, the power supply is inside the chassis, and that’s a particular bonus. It means less heat left in the sump, and most of all, it’s a perfect external ventilation, which will help it stay in its ideal range of temperature. 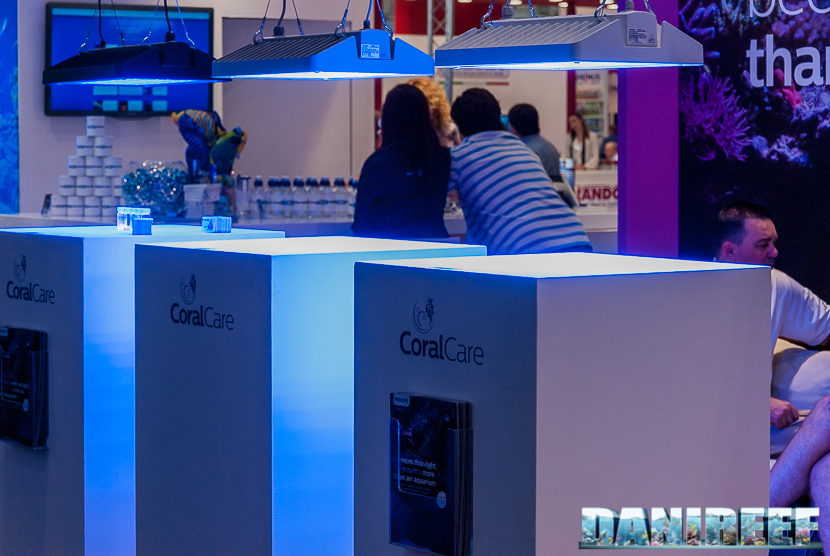 For further information about the Philips CoralCare ceiling lights we send you to their beautiful official site. We also invite you to read our Editorial about the fair to learn about our viewpoints on Interzoo 2018: 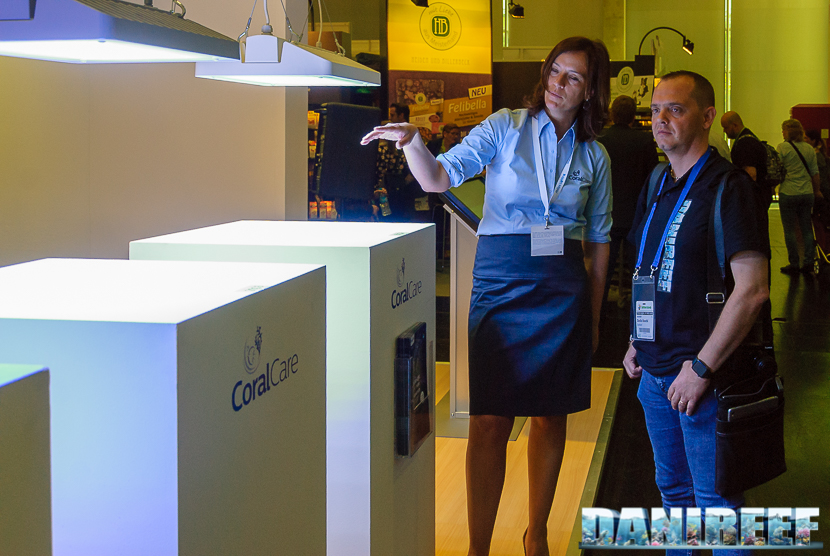