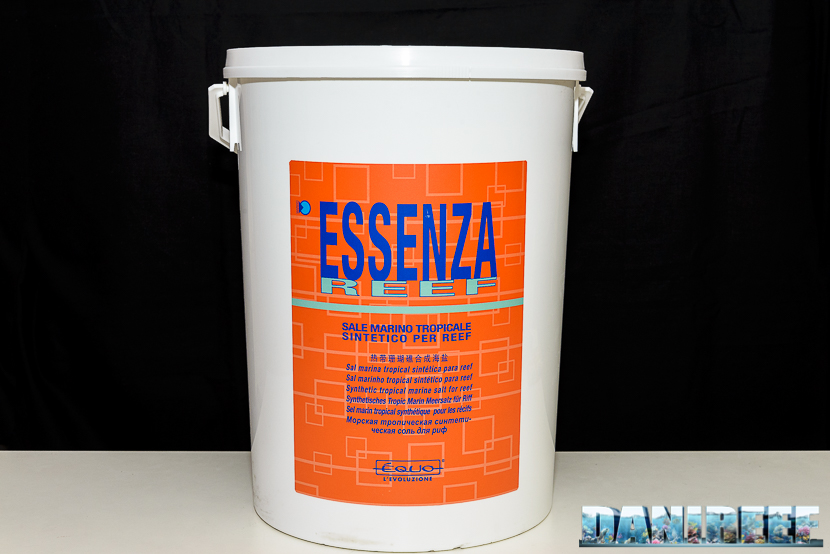 I started using the Equo‘s Essenza Reef salt a few months ago, and today I am here to share my findings.

I was a little hesitant to try out this product, as none of the marine hobbyist I know, and whose tanks I can appreciate, have ever used it. But on the other hand, Equo has been surprising me lately – their new products are receiving many positive comments from other aquarists and retailers following my reviews.

That fact made me extremely curious about trying this new (to me) marine salt.

Equo is very specific about its Essenza Reef salt features (click here), let’s have a look:

Other values as follows: 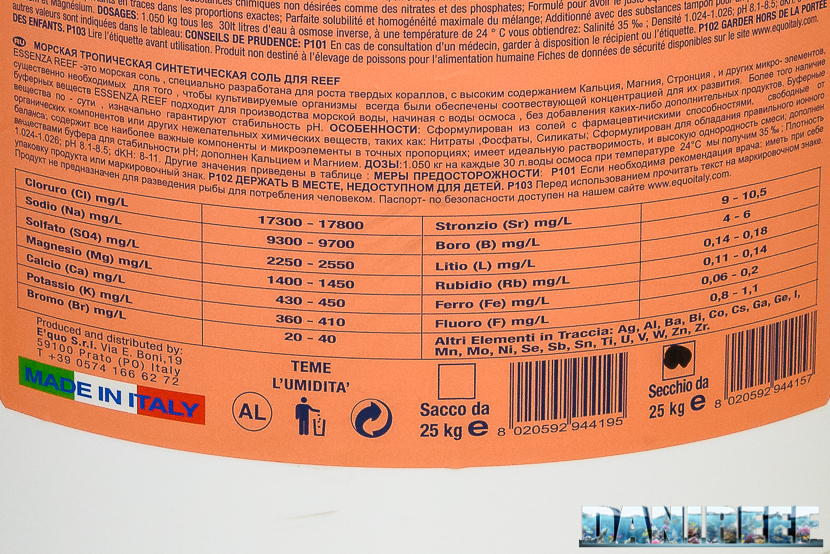 Reviewing a new marine salt with my scarce equipment is not easy.I went about it in two different ways:

First, I measured the following values with my Elos test kits: calcium, magnesium, carbonate hardness or kH, nitrate and phosphate.

I then observed the aquarium to see its reaction to water changes. Keep in mind that I only used Elos marine salt and Aquaforest.

Unfortunately, I have to start by saying that my tank has been through a lot lately. An uncontrolled proliferation of dinoflagellates, unicellular flagellated algae, forced me to cut down on water changes and to continuously treat the tank with Fauna Marine Ultra AlgeaX. Later, I actually had to restart from scratches, with new a tank and rocks.

I selected their handy and cheap 25 kg bucket, very well sealed with a smart mechanism. The salt inside is loose, not contained in the usual plastic bag. Nevertheless, the salt didn’t seem to be affected by this configuration; even after 6 months of opening and closing the bucket at each water change, the salt still appears dry. We’ll discuss this later in more detail.

There are several available package sizes:

You can see for yourself that the most economical format is the 25 kg bag, but I preferred the more convenient bucket.

I advise against the smaller 2 and 4 kg packages, unless you have a nanoreef, as they bring up the price per kg significantly – the 25 kg formats are much cheaper. For its useful packaging, I consider the 25 kg bucket the real Best Buy.

I already mentioned that I really liked the bucket-closing mechanism. The lid is divided into 3 sections, and you just need to pull up the outer section to easily get to the content.

I tested several times during these months, starting from extremely pure water with a TDS between 0 and 1. I only considered the parameters that started at a zero value: calcium, magnesium, carbonate hardness or kH, nitrate, and phosphate, all tested with Elos kits.

To reduce errors I employed a 50-litre container filled with 40 l of water, and then employed the methodology described in the book Acquario Marino and in our article on in-depth analysis of salinity. This methodology states that 40 grams of salt should be added for every litre of water, in this case 1600 grams of salt for 40 litres of water.

I then kept the water moving for 48 hours using a 1200l/h water moving pump. 48 hours is an optimum amount of time to ensure that all the chemical reactions have taken place and the salt has stabilized itself.

After 48 hours, I found that we didn’t need to top off with RO water, the water evaporation balanced out the salinity.

To obtain the 35‰, the 35 grams per litre on the Equo guideline are an underestimate.

Like I said, I measured the salinity after 48 hours to verify that it was at 35‰.

The value obtained can be explained by the evaporation rate, and also because the salt may have adsorbed some humidity, resulting in a heavier measured weight. It would be interesting to follow the same procedure with a sealed aluminum bag, where there would be no humidity residual.

Just like AquaForest Reef Salt, I never needed to add water at the end of the process.

I also tested the redox potential each time before a water change. It always was between 400 and 450, an optimal value.

A seemingly perfect water to add to the tank. But before doing so, I measured all the other values that I could.

After 24 hours, there was no trace of elements still in suspension, nor after 48 hours; the water in the container was perfectly clear, sign of an excellent blend.

The measured values above are those relevant to the last water change, which I reported. I actually measured them for each water change, and I can assure you that they were always in an acceptable range.

They are overall positive values, matching those reported by the company, aside from the density result – I needed to use a bit more salt to obtain it.

The basic feature of this salt is its components load, which makes it optimal for SPS dedicated tanks, as well as for fish-only aquariums that lack specific element integration. 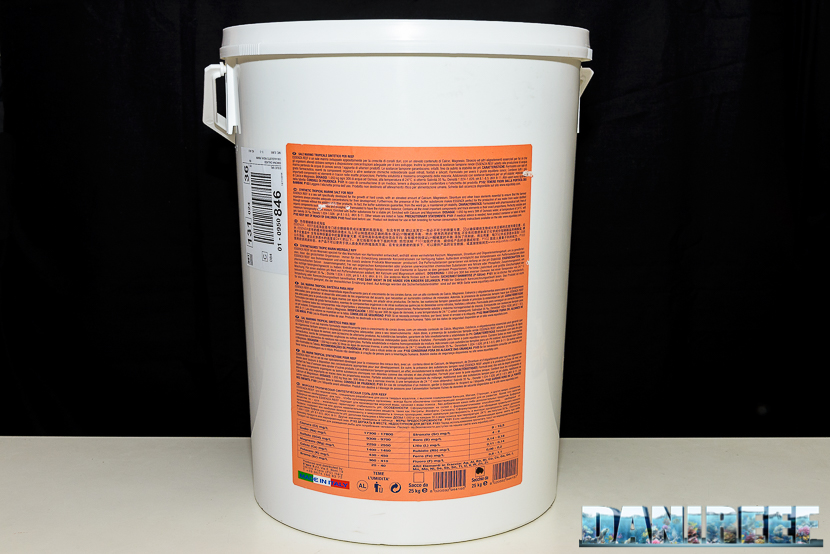 I never had any problems in the 20 times I used this salt for a water change. The animals were never bothered, as often happens when we change salt or water. This is a delicate, non-aggressive salt.

I want to underline the importance of waiting 48 hours minimum for mixing, to let the salt dissolve completely and lose its potential aggressiveness.

From the tanks point of view, all aspects of the salt had a positive outcome, and this is the most important part of the trial regardless the measured values. We can easily correct those values, while it would be difficult to deal with a negative response by corals.

I really liked Equo‘s Essenza Reef, and consider it a good salt to use in a SPS dedicated tank, having seen the optimal coral response and the measured values.

The only flaw was the high humidity in the salt itself, found in the bucket format (this should probably be absent in the bag packages) which requires a slightly bigger dose compared to other products, moving from the 37 grams usually needed to 40 grams necessary for this salt in particular.

This salt has passed our test with really good results, and I strongly recommend it.