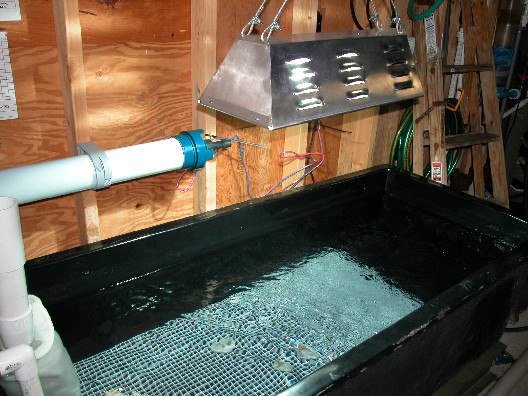 View of "coral kreisel" functioning, right to left laminar flow, which travels across the top of the eggcrate and over the corals

Most well informed hobbyists are aware that pelagic species of jellyfish are cultured and maintained in kreisel (German for “carousel”) systems, where the flow from a pump is converted to a vertically circular or oval pattern of laminar flow. In systems which seek to maintain plankton, such as pelagic jelly species, this serves to keep the animals suspended and from touching the side walls. These systems were originally developed by Wolf Greve in the 1960’s, and then described in a series of publications (see end of post for the original, from 1968). The original intent was to provide a viable method for observing delicate plankton aboard ship in the field. They have been used to successfully culture marine organisms in a variety of configurations ever since.

In 2004, I was working at Mote Marine Aquarium, growing Atlantic/Caribbean corals as well as propagating jellyfish species. What struck me the most about how our kreisel systems converted typical return pump output to a broad mass flow was how similar such flow was to what I had seen on natural reefs. The flow characteristics of such plankton kreisels made me want to apply a similar concept to trying to grow corals: convert a narrow band of high pressure, high velocity flow to a broad transfer of water across coral colonies. 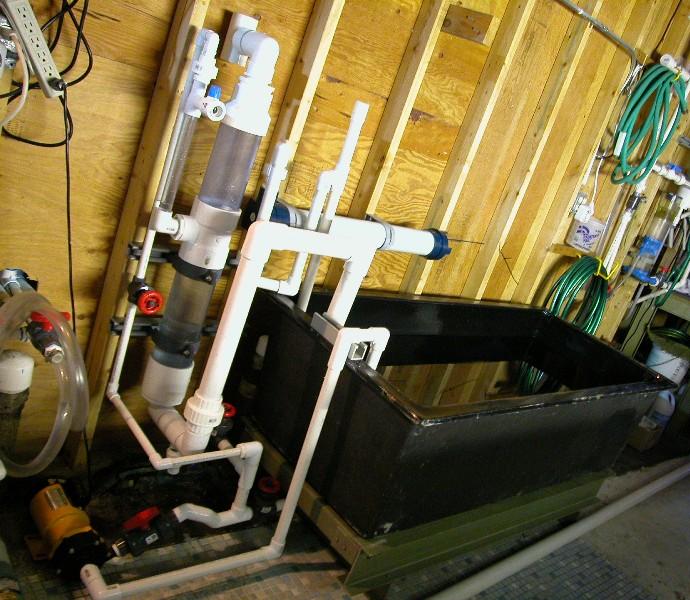 Overall view of "coral kreisel" system construction. The Blueline pump was replaced by an Iwaki soon after this photo. The skimmer is a downdraft style driven by a spa venturi.

In January of 2005, I got the chance to try it out when some space became available “behind the scenes”. I used a fiberglass tub with a cone shaped bottom originally intended for culturing clearnose skates. For flow, I used an Iwaki 70RLT pump and placed the output of it to one side of the cone bottom. I ended the output in an eductor to put additional water flow in the circuit. The water came from the return/eductor, travelled along the sloped bottom and slammed into the sloped side of the tank. This forced the water upwards and back across the top of the tank in the opposite direction, were it was subducted and advected back into the flow of the eductor, closing the loop. A sheet of eggcrate was placed on a lip in the tank, suspended mid-tank height. The water on the top, returning leg of the closed cycle raced across this eggcrate. This is where the corals were placed. 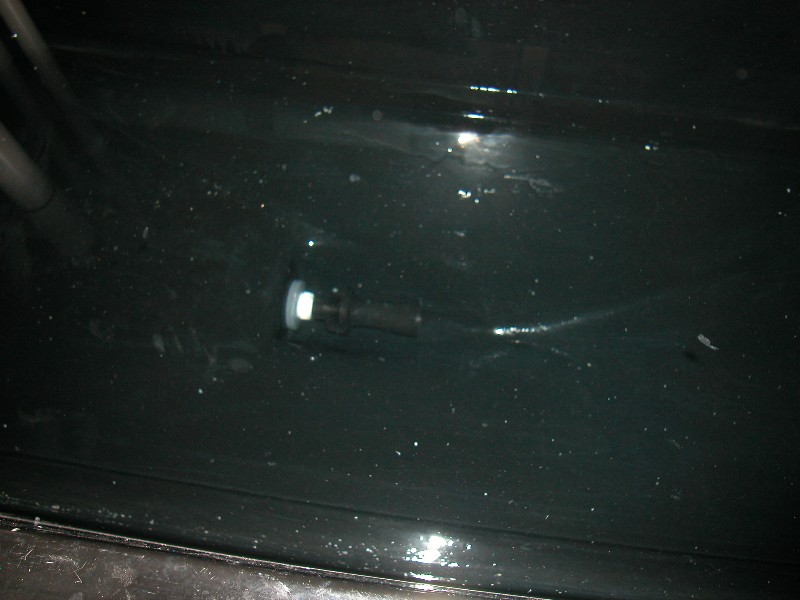 Top down view of "coral kreisel" showing cone shaped bottom with eductor-equipped return. The lip on which the eggcrate rests is also visible.

It was a primitive, ugly way of doing things: flow only traveled one direction, and the intensity of the flow couldn’t be adjusted automatically. But it worked. The system was easy to maintain, kept detritus suspended, and corals grew. I’m making this post because it’s nice to suddenly see a new surge (no pun intended!) of hype for these laminar flow style systems. I wanted to remind tempted hobbyists of the long history such configurations have had in successful culture of marine organisms. Given the flow that corals encounter naturally, it’s very excited to see such systems hitting the mainstream. Given the history of kreisels, it’s great that the concept now seems to be really blowing up in the coral hobby, especially considering the advances in pumps that can provide the laminar “kreisel” style flow. 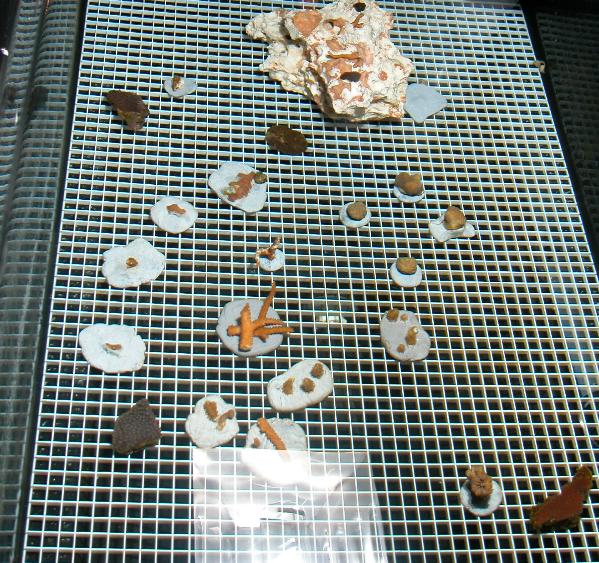 Fragments of several Atlantic stony corals in place in the "coral kreisel" system.