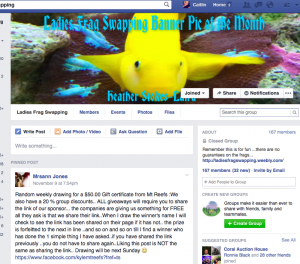 Don’t get too excited, I’m talking about gender here. A few months back I did a post discussing the benefits and detrimental elements of the social media presence within the hobby. Overall, when utilized properly, it can be an excellent tool as well as a means of connecting with people sharing similar interests aside from local forums like we have here on reefs.com.

Well, a few weeks ago I got an interesting email that caught my attention regarding a girls only Facebook frag swapping group. So what did I do? I joined. I have really mixed feelings about most of these groups to be perfectly honest. As discussed in my previous blog about social media on a whole, they can be a real mess. Drama-filled hot houses of false information, bullying and downright inappropriate at times. I’ve been a member of both female only and co-ed groups in the past, and honestly ended up leaving the majority of them, half the time because I could’t deal with the lack of maturity and also I was tired of seeing half-dead fish crammed into tiny tanks. People reach out and ask for help and then get defensive when criticized. So I was pretty apprehensive about willingly jumping into another one, but this one looked like it offered something a bit different for a change.

“Ladies Frag Swapping” is tiny in comparison to a lot of the groups out there, hosting just under 200 members in their closed forum. I spent the past few weeks lurking around, observing the interactions between the women, admiring the corals and frags being passed around and getting a feel for the general vibe of the group. I was pleasantly surprised and reached out to the group’s administrator, Mrsann Jones, to get some background on the group. I also asked her to start a post inviting the girls to discuss what they’ve enjoyed most about being a member, and we got some really wonderful feedback.

A little aside here if you’ll bear with me before I get into the responses. Let’s just address for a quick sec that this is a specific “girls only” group. Does it benefit females in the hobby to separate themselves from those lugging around a Y chromosome? Like with almost anything, there’s always positives and negatives, but I really want to focus on the positives here as I think they really outweigh the latter. At the end of the day, this group provides a space for women to comfortably interact with other hobbyists, get advice (some of the better I’ve seen from these groups), swap photos, experiences and actual corals. Some of the women were previously in co-ed groups and perhaps had a less than stellar experience, so decided to try out something “girls only”. Does it eliminate the drama? Of course not – we’re human and painfully immature at times. In a perfect world, men and women could sit together and focus 100% on a topic, in this case reef keeping, and not talk about boobs and butts and sex and porn and “who’s the hottest xyz…”. This will never happen, at least not in any foreseeable future in my opinion. Add in the anonymity of the internet, the safety of being behind a computer screen, sprinkle it with even a dash of testosterone and you’ve got a recipe for something quite uncouth. So my overall take on the whole “no boys allowed” thing is positive. If it allows hobbyists to enjoy the hobby, learn and interact with other people in the hobby, I don’t see the harm here. It could encourage women on the fence about the hobby or scared off from other outlets. We live in a world where there are still all girls and all boys schools and entire sports leagues dedicated to each gender. I’m not all that active in many other hobbies but I can only imagine this is hardly limited to the aquarium world.

Moving on, let’s take a look at “Ladies Frag Swapping” and Mrsann Jones. What made her start the group?

I was watching all the groups that were selling corals and I just wanted a little piece to watch it grow… but greed was in there and no wanted to do a little piece. Honestly, [most] men don’t see a frag of something simple and small as a gift. I think women do and I know on a lot of groups the ladies [tend to] keep quiet. In a ladies room they can trades little pieces of this and that and “let their hair down”

In just a few months, we have traded over 300 boxes amongst us – that’s not the actual amount of frags, that was way too hard to keep track of.

That’s a good amount of swapping going around for just a few months! Now a really cool thing this group is doing is giveaways – because who doesn’t love snagging free stuff?

So we kept count of the boxes, and now that it’s winter and we don’t want to ship, I decided to get some sponsors for giveaways..we now have over 50 sponsors

Take a look at their website and just browse over some of the participating sponsors – Omega One, Premium Aquatics, Cobalt Aquatics, Bulk Reef Supply, Two Little Fishes, LRS Frenzy Foods just to name a few. With giveaways like this going around, I can’t blame the boys for being a little jealous.

And what do the girls like about the group besides the giveaways? The friendships, the humor, the beautiful corals, the wealth of information and having a place they feel comfortable asking questions without being belittled or ridiculed. People even swap corals when they’re having trouble with a frag and know of someone who does particularly well with that species, so a coral that would otherwise meet its demise is given a second chance. Take a look at just a handful of the lovely frags being passed around below, and be sure to check out the group and join if you have the necessary equipment. With so many more pressing issues circulating amongst our hobby, I think there’s nothing wrong with a little female camaraderie. Happy Swapping, girls! 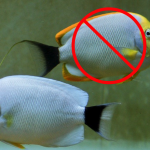 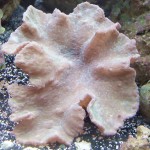 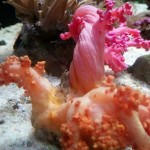 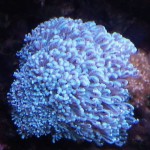 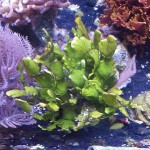 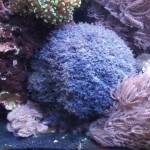