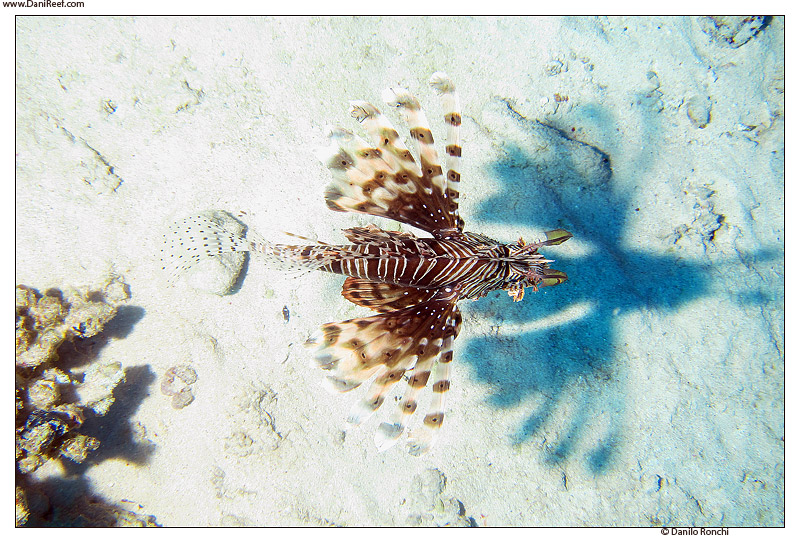 The ISPRA (The Italian National Institute for Environmental Protection and Research)’s statement, translated below, is from October 2016:

“The lionfish has reached the Strait of Sicily. Maximum alert for the alien species. The capture of two lionfish individuals has been recently pointed out in Tunisia (Gulf of Tunis and Sicilian Strait), Pterois miles is an alien lionfish species from the Red Sea. Known for having colonized a great portion of the Western Atlantic coasts and the eastern mediterranean, the lionfish is one of the most invasive marine species in the world. Its long and thin venomous spines on the dorsal fin make it very dangerous for human health. At the base of these spines there are glands which produce a strong venom; in the worst case scenario this can have lethal effect on humans. This venom remains active from 24 to 48 hours after the fish death: so it is still dangerous even if the individual fish has been dead for several hours.

The recent signal of lionfishes in Tunisia and especially in the Strait of Sicily let us suppose its imminent arrival in Italian waters, just like it happened with other alien species (for example the puffer fish Lagocephalus sceleratus).

It is therefore necessary, as it is pointed by the international recommendations on the mitigation of alien species effects, to give ample notification of this news to the Italian citizens and the mostly interested categories such as professional fishermen, ichthyic markets, veterinarians and other sea operators.

Anyone who catches or sees a lionfish is kindly requested to take a picture of the individual, freeze it if possible and immediately communicate it to the port captaincy and to the ISPRA office in Palermo at the following numbers: 091/6114044-7302574 and email address alien@isprambiente.it.” 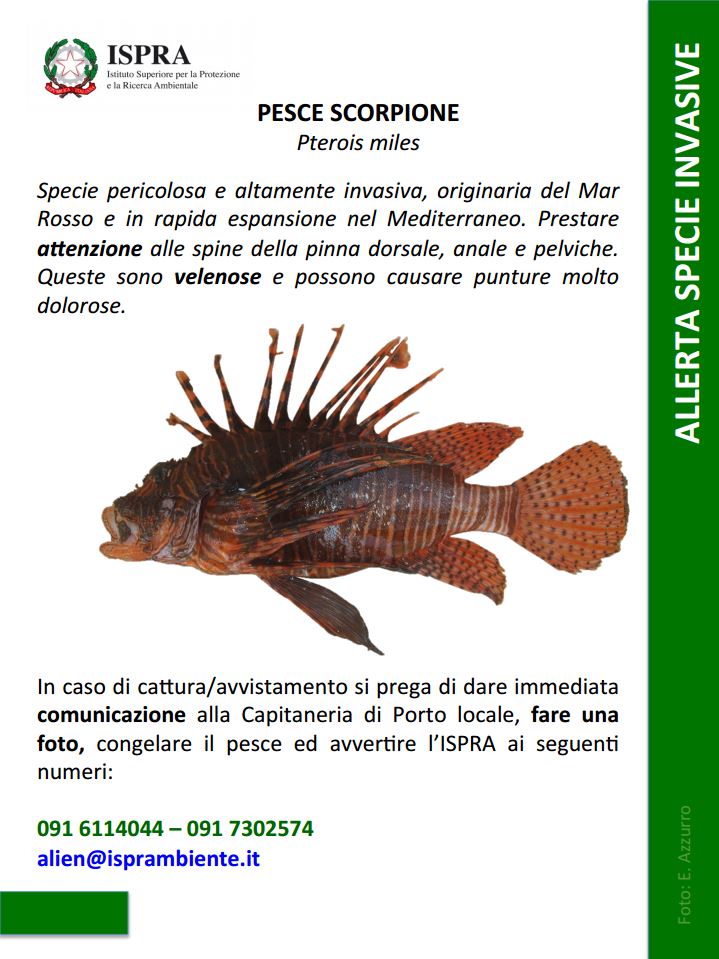 A recent report published the 30th of June 2016 by Demetris Kletou, from the research laboratory of Limassol (Cyprus), and published in the magazine Marine Biodiversity Records addresses the colonizations of these venomous predators known as lionfishes (Pterois miles) in the waters around Cyprus.

There are some interesting facts about this area, which are also cause for concern, according to the Marine Biodiversity Records article: 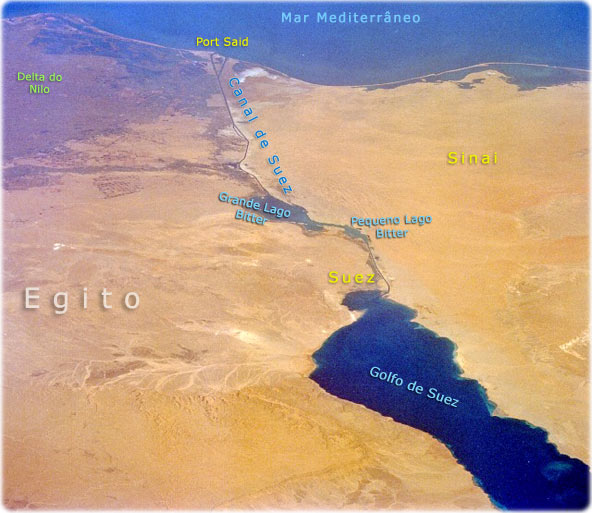 As of today, there are about 1000 alien species in the Mediterranean sea and most of them are thermophilic; they entered the oriental basin through the Suez Canal (Katsanevakis et al. 2014). The recent extension of the canal together with rising sea temperatures are warnings of a potential worsening of this situation (al. Galil et 2015).

Fish taxa from lessepsian (from the Red Sea to the Mediterranean) migration are rapidly increasing; about 40% of the 130 alien fish species that are now living in the Mediterranean sea have been found since 2001 and they have been expanding their geographical range since then (al. Zenetos et 2012). 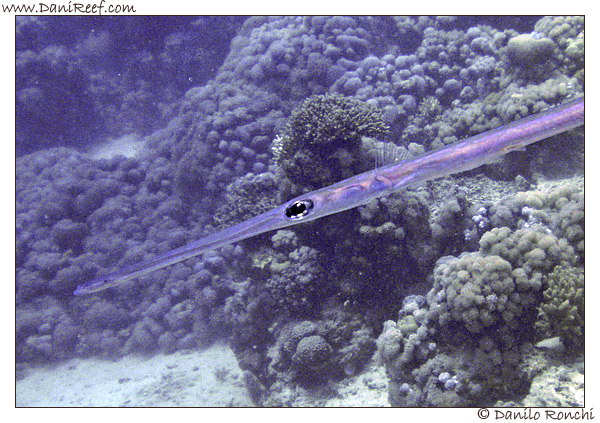 Fistularia commersonii or bluespotted cornetfish has colonized the great majority of the Mediterranean sea in only 7 years (Azzurro et al. 2012) where it represents a challenge for local ecosystems as it feeds on a wide variety of prey (41 taxa), especially commercial fry Boops boops and Spicara smaris (Zerro) (al. Bariche et 2009). 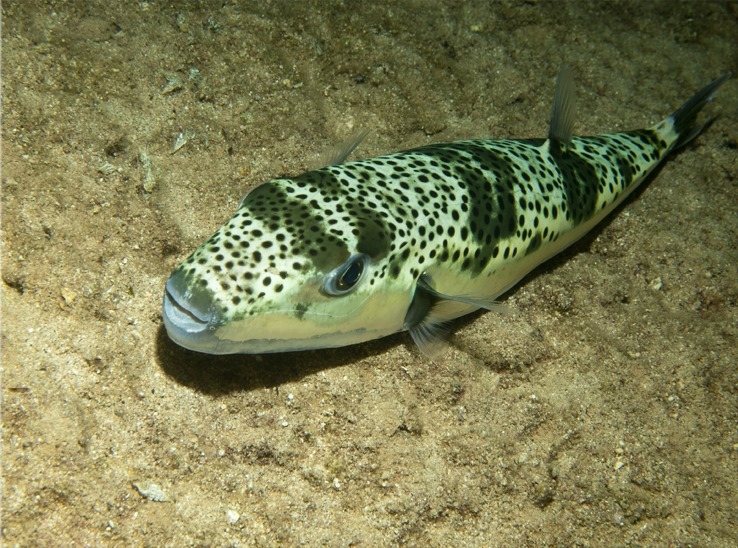 The puffer Lagocephalus sceleratus reached the central Mediterrarean (Azzurro et al. 2014) and is spreading west (Souissi et al. 2014). It feeds on cephalopods Sepia officinalis and Octopus vulgaris (Cuvier 1797) and it is classified as a fisheries pest (Kalogirou 2013).

Some countries have started programs for the eradication of invasive fish species, for example, Cypriot authorities are rewarding fishermen for their pufferfish catches during their reproductive season, resulting in  mass removal of this fish from the eastern Mediterranean (Rousou et al. 2014). 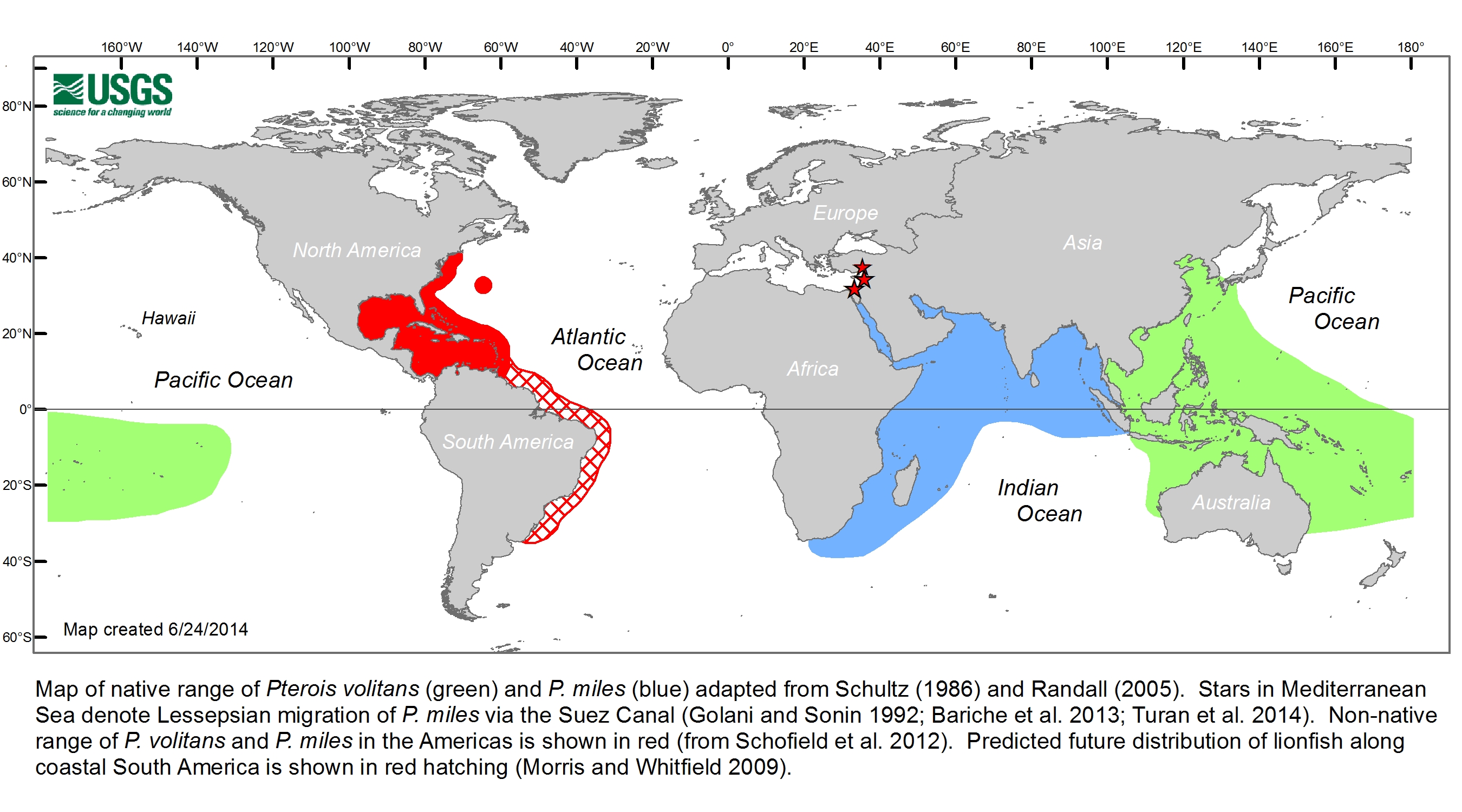 Fish species invasions of such importance are few in number, but potentially catastrophic; the Pterois volitans and Pterois miles introduction in the western Atlantic ocean is the most rapid and ecologically dangerous among marine fishes (Albins & Hixon 2013). P. miles from the Indian Ocean in South Africa to the Red Sea and the Persian Gulf, east of Sumatra, while P. volitans is observed in western and central Pacific and western Australia. 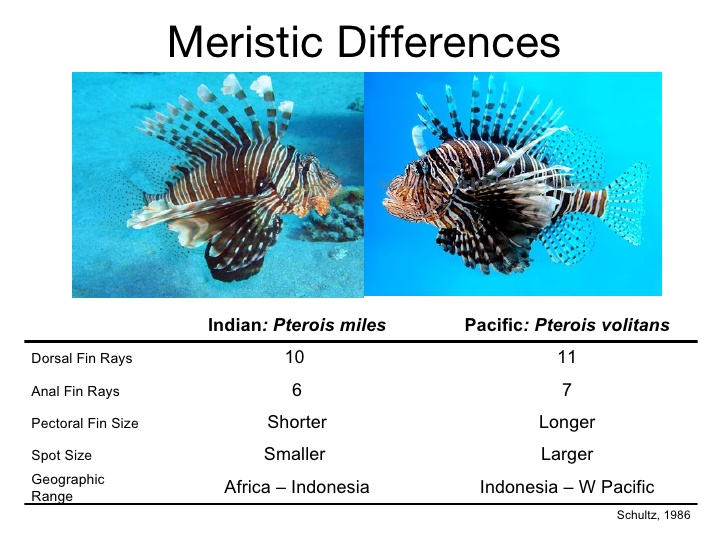 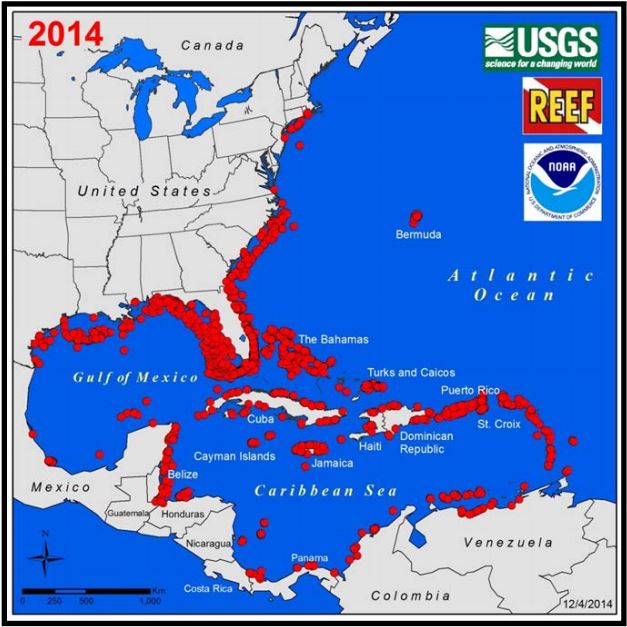 A decade after the accidental or voluntary introduction of this fish to Florida’s waterways, P. volitans has expanded its range throughout the South-East of the US and in the Caribbean Sea which goes from South America to a great part of the gulf of Mexico (Schofield et al. 2015). Alien lionfish populations have a lower genetic diversity and it seems like they came from a small pioneer population in the South-East of the US (Betancur-R et al. 2011).

Pterois are generally carnivores and can feed on a wide variety of fishes and crustaceans, with bigger individuals preying almost exclusively on fish (Côté et al. 2013b). They can lay eggs every four days for the whole year, for a total of around two million drifting gelatinous eggs per year (Morris et al. 2009). Eggs are planktonic and can run through ocean currents and cover long distances in the month before they settle (Ahrenholz e Morris 2010). In the western Atlantic, lionfishes are more abundant than in their original region and they have become the dominant predator on coral reefs, with a great negative impact on native reef species: they have lowered the population of 40 predator species to just 65% of their original numbers in just two years (Verde et al. 2012). 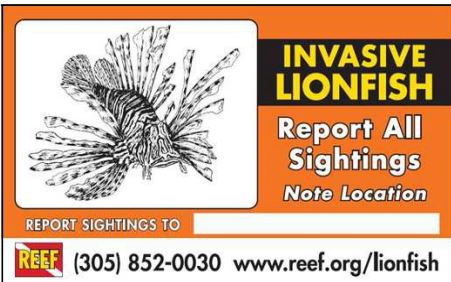 Their dramatic invasive success has been possible because of several factors such as their rapid growth, reproduction, venomous anti-predator defenses and ecological versatility, combined with unaware prey and overfishing of native predator species (Côté et al. 2013a).

In the Mediterranean Sea, a Pterois miles was recorded in 1991 on the Israeli coast (Golani e Sonin 1992). After a couple of decades without an further sign of the fish, two individuals were captured off the Lebanese coast in 2012 (al. Bariche et 2013). After a while, two more were recorded by a magazine article when captured near Cyprus, in 2014 another was seen in Turkey, and in 2015 two more were captured in Cyprus and two others were seen near Greece (Turan et al 2014;. Oray et al. 2015; Crocetta et al 2015;. & Iglésias Frotté 2015). Recently there have been more records in the South of Turkey, which could suggest a migration of the species towards the Aegean Sea (Turan e Öztürk 2015). Lionfishes so far have been occasionally spotted in the Eastern Mediterranean Sea and their successful invasion of the Meditarranean is still debatable as the oceanographic conditions are somehow able to limit larvae dispersion range (Johnston & Purkis 2014). 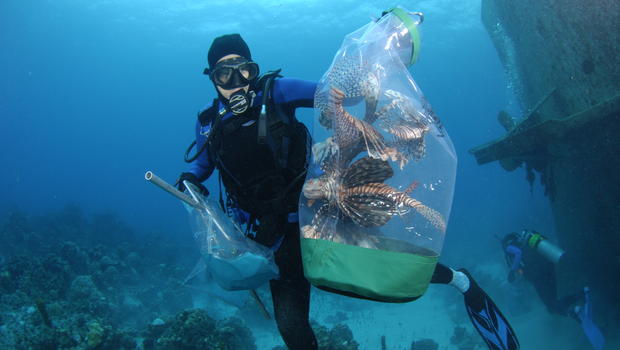 The possibility of an invasion of Pterois miles in the Mediterranean Sea and of its possible ecological impacts has been largely ignored by the regional scientific community and by the other interested parties. Actually, there are only a few validated reports of lionfish sightings, which contribute to the uncertainty of their actual capability of colonizing Mediterranean waters. Moreover, specific simulations have suggested that this would be unlikely (Johnston & Purkis 2014), even if the rising temperatures and water acidification (consequence of CO2 emissions) could require new modeling approaches (Hall-Spencer & Allen 2015). The first sighting of Pterois in the eastern Mediterranean was recorded at the same time of the first sighting in Florida. In Florida they have spread rapidly, and have colonized the warm waters of the United States eastern coast, the Gulf of Mexico and the whole Caribbean sea (Schofield et al. 2015), while two decades have passed between the first and second sighting in the Mediterranean Sea. 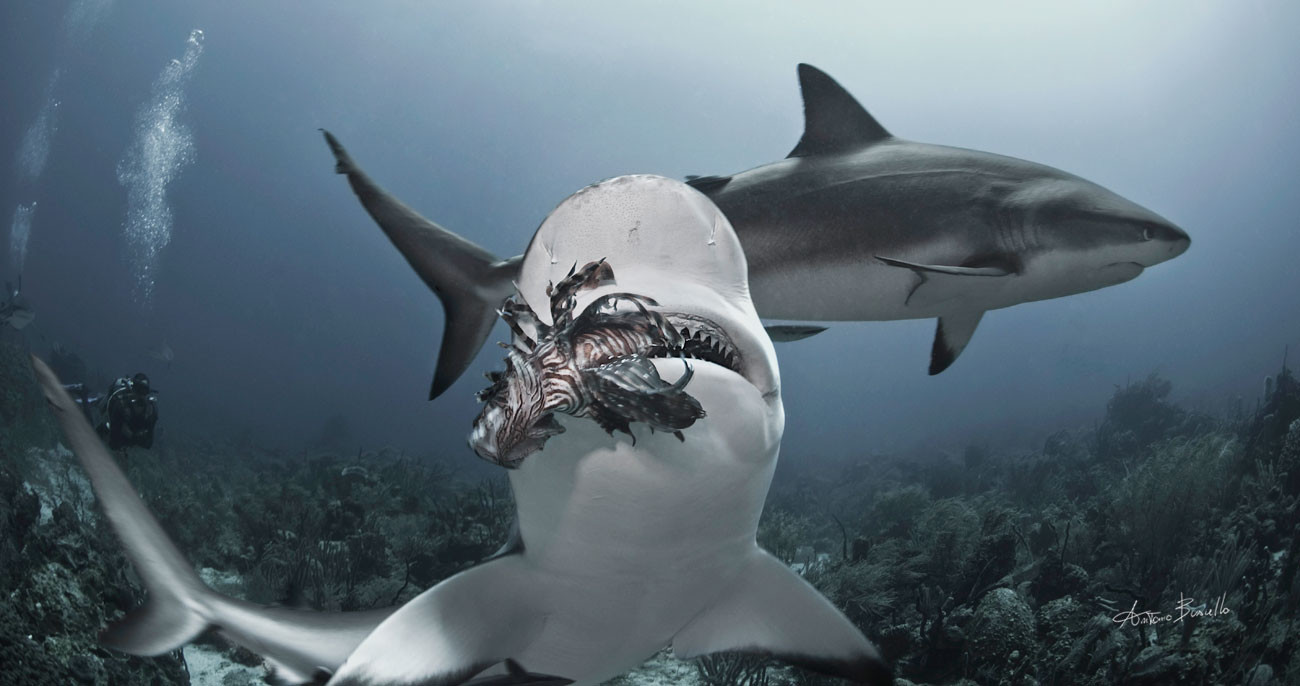 There are not many documented natural predators of lionfish, probably because of their venomous spines, though groupers native to the western Atlantic have learn to feed on this alien species (Maljkovic et al. 2008). We will see if native groupers like Epinephelus marginatus will actually prey and control the invasion. Fisheries restriction are highly necessary to help endangered species present on the IUCN red list, like E. marginatus, as they could be crucial in the control of these invasive species (Mumby et al. 2011). 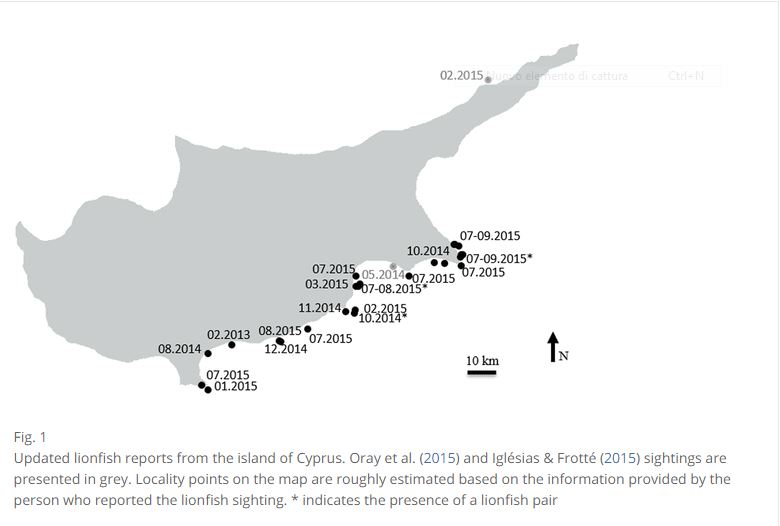 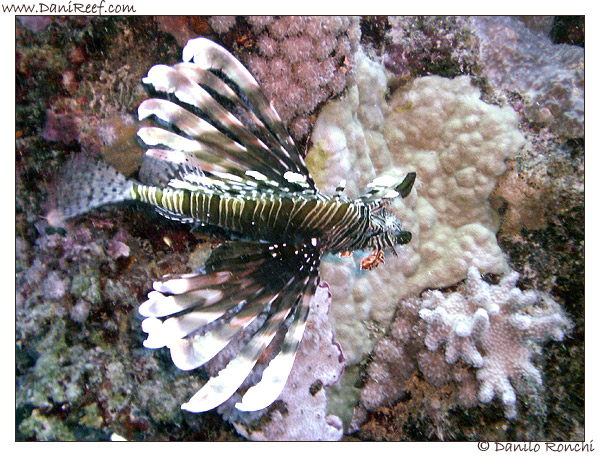 We are worried that our seas and its native species are in trouble. Some analysis support the hypothesis that Pterois is highly unlikely to spread in the Mediterranean, but they don’t take into consideration the new information regarding the stable Pterois populations around Cyprus and the chemical conditions of our sea, which are deteriorating like in many other parts of the world, with rising temperatures and CO2 concentration. One of the most important factors to think about is the widening of the Suez Canal, which could have helped and will help the lessepsian migration. 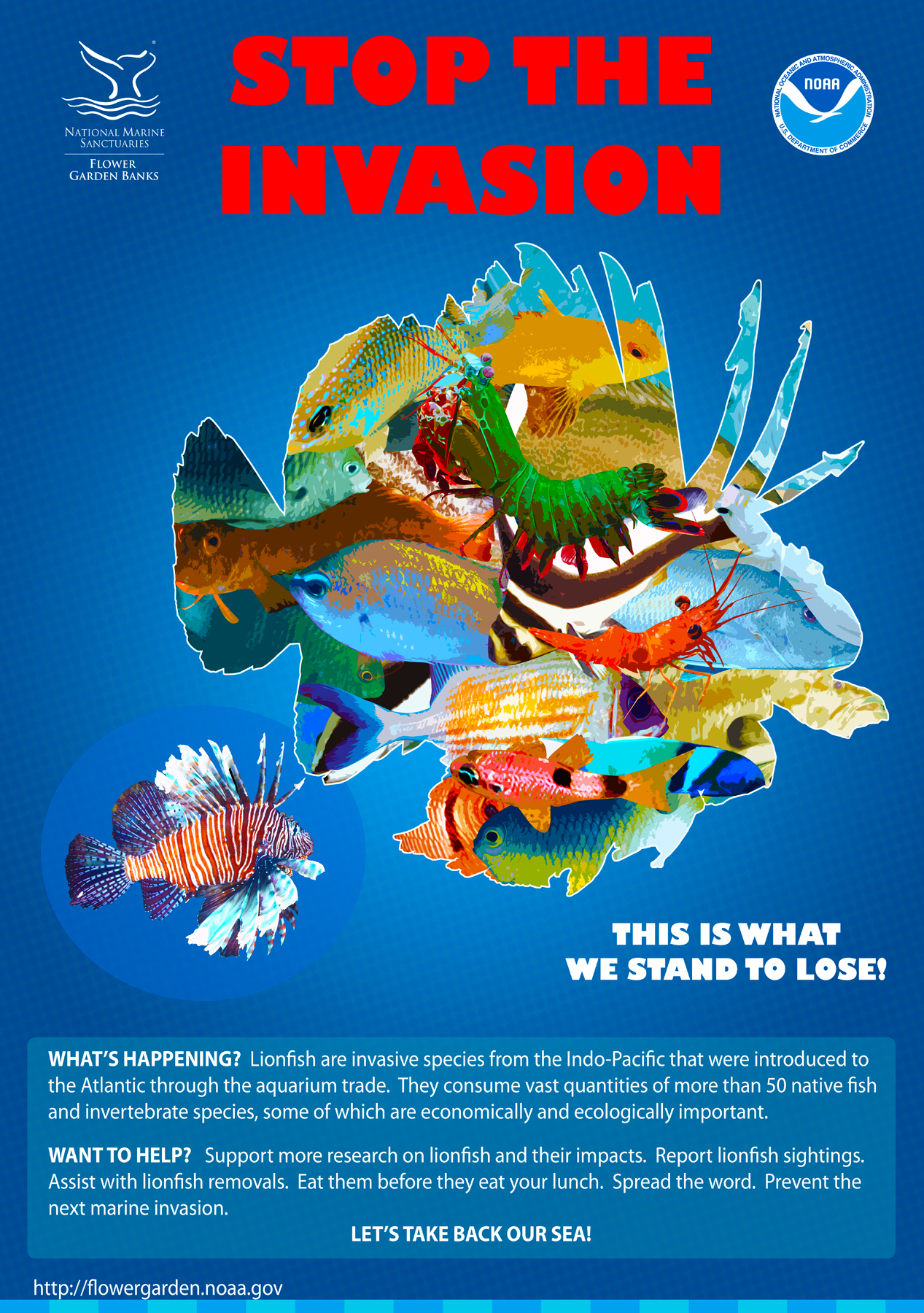 We believe that removal programs should be combined with efforts to restore populations of predators of lionfish, such as groupers.

Although it is a very beautiful fish, what do you think?

[written by Cristian Barucca and translated by Giorgia Lombardi]