Liverock Facts: Should you be Scared?

For those of you nice folks that follow me on facebook, you know that I am on it frequently. I mean, I am on it A LOT. I often browse around trying to find the latest trends on equipment, newly discovered fish, what corals are popping up, and what other hobbyists are thinking. I also try to help some folks along the way. As I was looking for topics to write about or to film, I realized that I am looking for topics that are new or interesting to me and to my level of knowledge (which isn’t much) in the hobby. I decided to go against that and to start write for all hobbyists and their level of knowledge in the hobby.

With that said, let’s talk about live rocks today. I know that dry rock is the trending or hip thing to use these days but back in the day, liverock was all we used to help cycle and establish healthy bacteria levels in our tanks. We will get to dry rock in a separate blog down the road. To help me with this article, I reached out to my friend Tom Weibel of Salty Bottom Reef Company, a licensed live rock aquaculture facility, to talk about live rock.

First of all, what is live rock?
“Live rock is simply rock from the ocean that has been introduced into a saltwater aquarium. Along with live sand, it is used in the aquarium due to multiple benefits desired by the saltwater aquarium hobbyist. Live Rock is highly valued in Marine Aquariums not only for the diversity of life it can bring to your tank, but also its function as a superior biological filter that hosts both aerobic and anaerobic nitrifying bacteria required for the nitrogen cycle that processes waste. Live rock becomes the main biological nitrification base or biological filter of a saltwater aquarium. Additionally, live rocks have a stabilizing effect on the water chemistry, in particular on helping to maintain constant pH by the release of calcium carbonate. Lastly, live rock, especially when encrusted with multiple colors of coralline algae, becomes a major decorative element of the aquarium and provides shelter for the inhabitants. It is often used to build caves, arches, overhangs, or other structures in the tank, a practice known as aquascaping.” 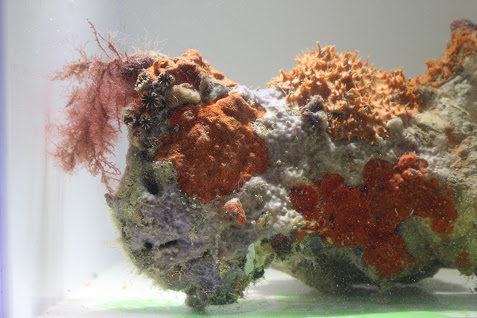 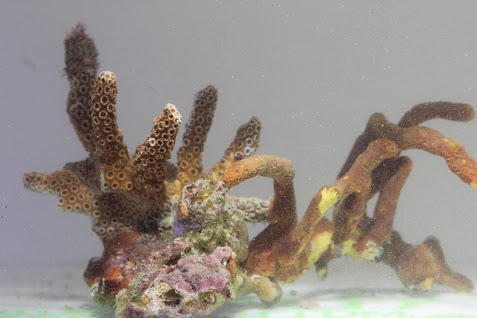 Isn’t collecting liverock illegal? How does this work?

It’s highly illegal. “It is highly regulated, we have to be licensed by NOAA, FWC, and the State Department of Agriculture, because we are technically a farm. Before we harvest we have to alert The National Fisheries and we have to file a ticket with FWC with the amount we harvested. It is crazy, I have a book of licenses in the boat, when I get pulled over I just hand them the book. We (don’t take any actual rocks from the oceans but we) take dry rock, mined from south Florida and place it out on our lease sites. We have 2 1/2 acre sites in the Gulf 12 miles off shore. Then you place the rock and it attracts the creatures.”

That’s very interesting. Because it’s land quarried rocks, I’m thinking that it will look slightly different from the traditional rocks that are found in the gulf of Mexico. Now can you tell me some misunderstandings or misconceptions about the live rocks?

“All the rock that we place has to be visually different than any natural live rock.
The name sometimes leads to misunderstandings, as the “rock” itself is not actually alive, but is made simply from the aragonite skeletons of long dead corals, or other calcareous organisms, which in the ocean form the majority of coral reefs. When taken from the ocean it is usually encrusted with coralline algae and inhabited by a multitude of marine organisms. The many forms of micro and macroscopic marine life that live on and inside of the rock, [which acts] as an ideal habitat, give it the name live rock.”

So tell me the difference in between aquacultured live rocks and live rocks that are naturally found in the ocean.

“Aquacultured Live Rock is essentially dry rock, we use mined ancient reefs that are now part of Florida, that has been placed back into the ocean to create Live Rock. This process can take months or years depending on the amount of life that you want to populate the rock. The biggest difference between Aquacultured and Natural Live Rock is Aquacultured Rock is sustainable and not only does it not hurt the environment, it actually helps. Reefs are created when upland rock is placed on lease sites that are monitored by the National Marine Fishery Service. The sites are selected and surveyed prior to any rock being deployed and they must meet a few criteria. They have to be free of any natural rock, sea grass or other items. Essentially, you have to find an underwater desert and place your rock there. This creates a reef that soon becomes home for many species that otherwise may not have had a home. The pros for Aquacultured Live Rock are it is Eco Friendly and Sustainable, the rock is packed with organisms and as it is usually handled far differently than Indo pacific rock, harvested wet, stored wet and shipped wet. This allows your tank to be fully operational much much faster as you do not have to wait for the dry rock to become live.” 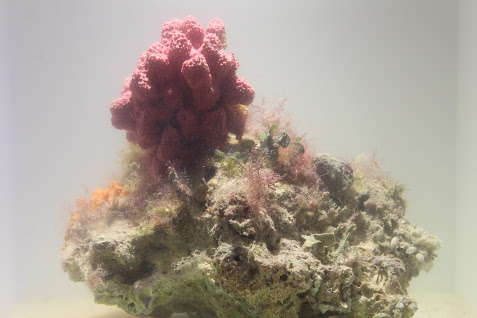 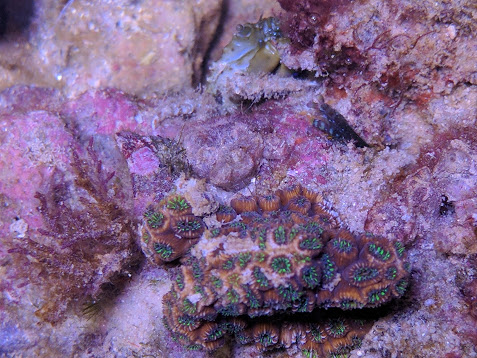 Many hobbyists are going with dry rocks because of potential pests that the live rock can bring. What are your thoughts on that matter?

“On Live Rock there are hitchhikers, these can be both a pro and a con, as many of these are very desirable, however some are not. Where the Live Rock comes from is a very important factor in what hitchhikers it may or may not have. For example, Salty Bottom Reef Co. utilizes leases in the Gulf of Mexico, knowing this you would be able to determine the type of hitchhikers that may come on the rock, for example, since there are no zoas native to that area, you will not be receiving zoa eating nudis. The vast majority of the hitchhikers are beneficial, in one way or another, either as being a source of food, a filter, or simply being beautiful. On the rare occasion that you do get a undesirable hitchhiker they are normally fairly easily removed with traps or even tweezers. I would just say that there is a lot of talk about how hitchhikers are “bad” but in reality, they are what make the tank thrive. I have always used our rock (or rock like ours before I bought the company) and the critters that you don’t even know are there are cleaning your tank and taking care of things for you. When your tank is set up in the same way natural reefs are with a mass of life living in the rock it just seems easier to me to regulate everything. Starting with dry rock you don’t have that extra bit of help. Also nothing is better than taking a flashlight on some fresh Live Rock about an hour or so after the lights go off. It is amazing the things you will see.” 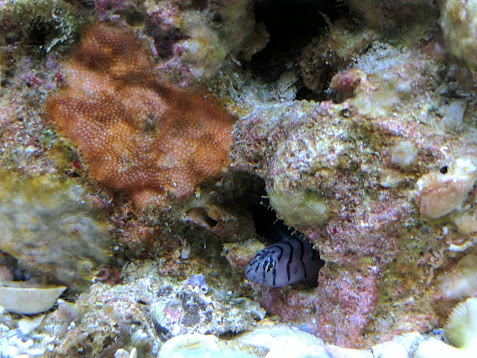 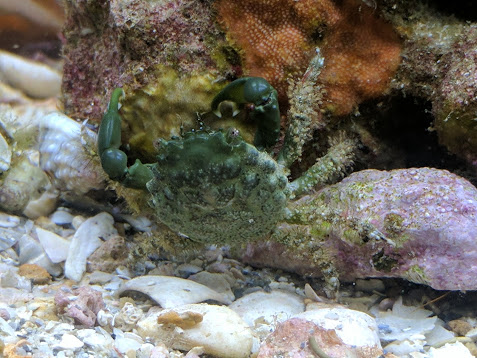 So knowing the location where the rock is from, you can eliminate the potential pests that can live in them. Ideally, if you can, you should set up a small system for observation or with traps. What do you think? I’m against dipping rocks in medicated dips as it defies the purpose of getting a “live rock”.

“To me the point of live rock is the hitchhikers. If you’re afraid of bad ones, simply keep the rock in a separate container for a couple weeks until you know what’s on/in it. A Rubbermaid tub works great for this. I would (use a) powerhead (to aerate the water) and a moderate light, like fluorescent shop lights work well, doesn’t have to be a reef light.”

Well there you go folks. There are a million ways to keep a successful reef and for those of you guys with patience to monitor, on the fence about what to get, and those who want the highly decorated rock all ready to go from the start, liverock is good option to go. Many reputable LFS can tell you the source of these rocks so you know exactly what you are getting and what to expect. Coming from rock farms like Salty Bottom Supply, they are sustainable, attractive, and crawling with desirable life that you want for your aquarium. It also has beneficial bacteria inside already and will cut down your initial cycle time. Something to think about when setting up a new tank or adding more rocks to your already-existing aquariums.