The audience of this blog is likely well aware of the myriad threats that modern coral reef ecosystems face, both global and local: global warming, ocean acidification, pollution, eutrophication, overfishing. There is a broad scientific consensus that the health of coral reefs in most geographic areas continue to fail. But why? How much of each individual stressor can be assigned to any one particular reef’s decline? 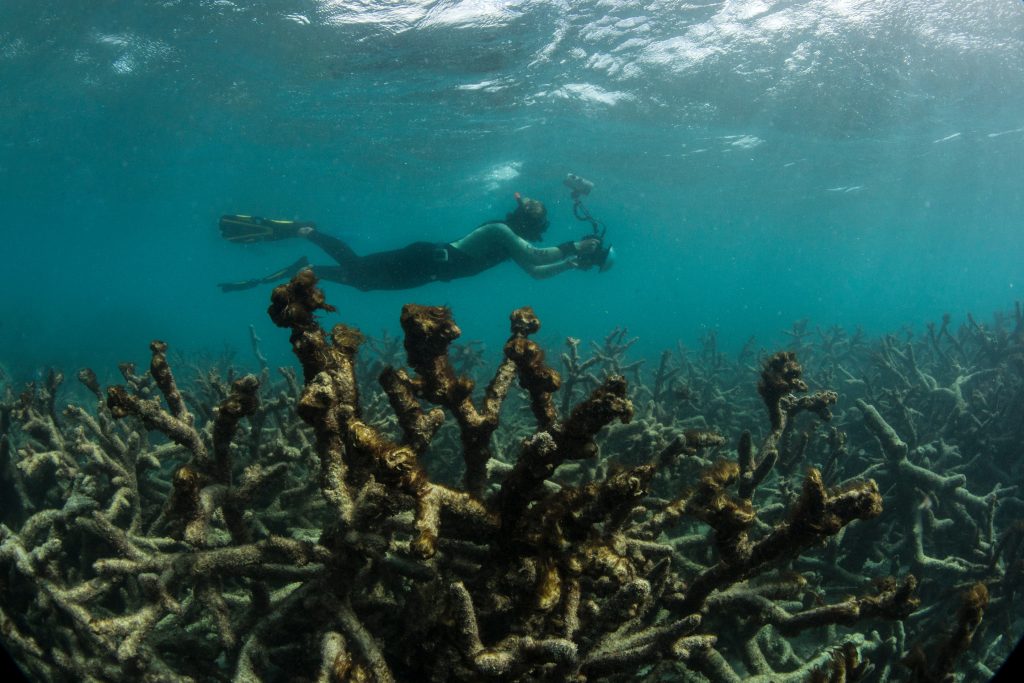 Photo made available by the XL Catlin Seaview Survey shows coral mass mortality at Lizard Island, Great Barrier Reef, amidst the ongoing 2014-2016 global bleaching event. This is the longest lasting and most geographically extensive coral bleaching event in the history of reef research.

Consequently, the question has long been posed: Do remoteness and local conservation efforts preserve coral reefs?

The importance of this work lies in that it is the first global scale test of the hypothesis that “isolated reefs are less degraded…”. The primary take home message is that patterns of coral reef degradation are not geographically correlated with human population density. The straightforward interpretation of this result is that local stressors such as pollution, eutrophication, overfishing, etc., are a trivial threat to coral reef ecosystems in the grand scheme of global threats such as warming and acidification.

Think about some isolated, anecdotal examples you’ve seen or read about regarding counterintuitive geographic siting of healthy corals. The Acropora in Miami brought to the attention of the aquarium world by Coral Morphologic. The discovery of a healthy Acropora field of Ft. Pierce, Florida. The unique, thriving reefs off of Cancún. Remarkable reefs butt up against the garbage dump and rubbish pile on Kwajalein Atoll. I’ve personally seen fields of brightly colored, multi-species Acropora coral communities right in the middle of Honiara Harbor, a busy (for its size) international port on Guadalcanal in the Solomon Islands. 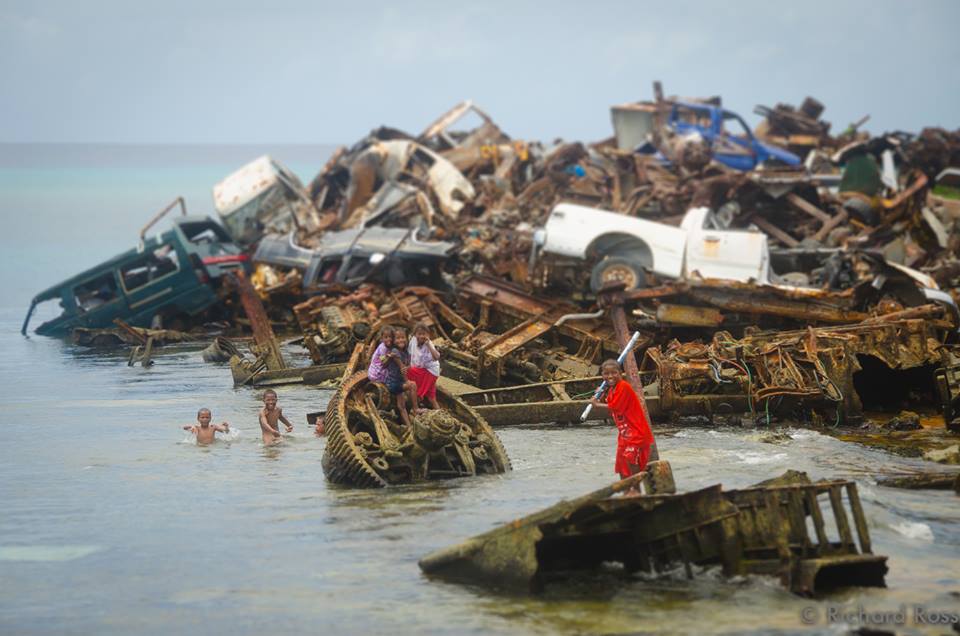 It is important to note that previous works have reached both the opposite conclusion and the same conclusion. But, as Bruno and Valdivia point out, the sample size of these studies has always been small, and often non-randomly selected. The pinnacle of elimination of such biases comes in the form of a global-scale analysis.

An additional and even more surprising conclusion of the study relates to macroalgae cover. In reef health vernacular, enthusiasts ranging from scientists to aquarists know that increasing macroalgae cover = poor health and decline. By extension, given common knowledge about how macroalgae gain their “fuel” and space to grow, the assumption is also that macroalgae overgrowth is a local management problem. According to the study: first, macroalgae is much less of an issue on a global scale than previous, more localized studies, would encourage one to assume. Secondly, once again, macroalgae overgrowth was not related to local human population size. Well-developed areas adjacent to reefs did not have a worse algae problem than isolated sites.

Bruno and Valdiva invoke the only really plausible mechanism to explain their coral cover results: global warming. Bleaching, and mass mortality resulting from bleaching events, overwhelms the effects of isolated local stressors, be they pollution, over-fishing, etc. A mechanism underlying the macroalgae results, however, proves much more difficult to tease out, but may be a case of space and resource availability versus herbivory rate in the face of declines in hard coral cover.

The most somber conclusion here is that reefs which have been subjected to both local and global stressors in concert aren’t the most degraded. The implication? Local mitigation has been ineffective in preserving coral cover.