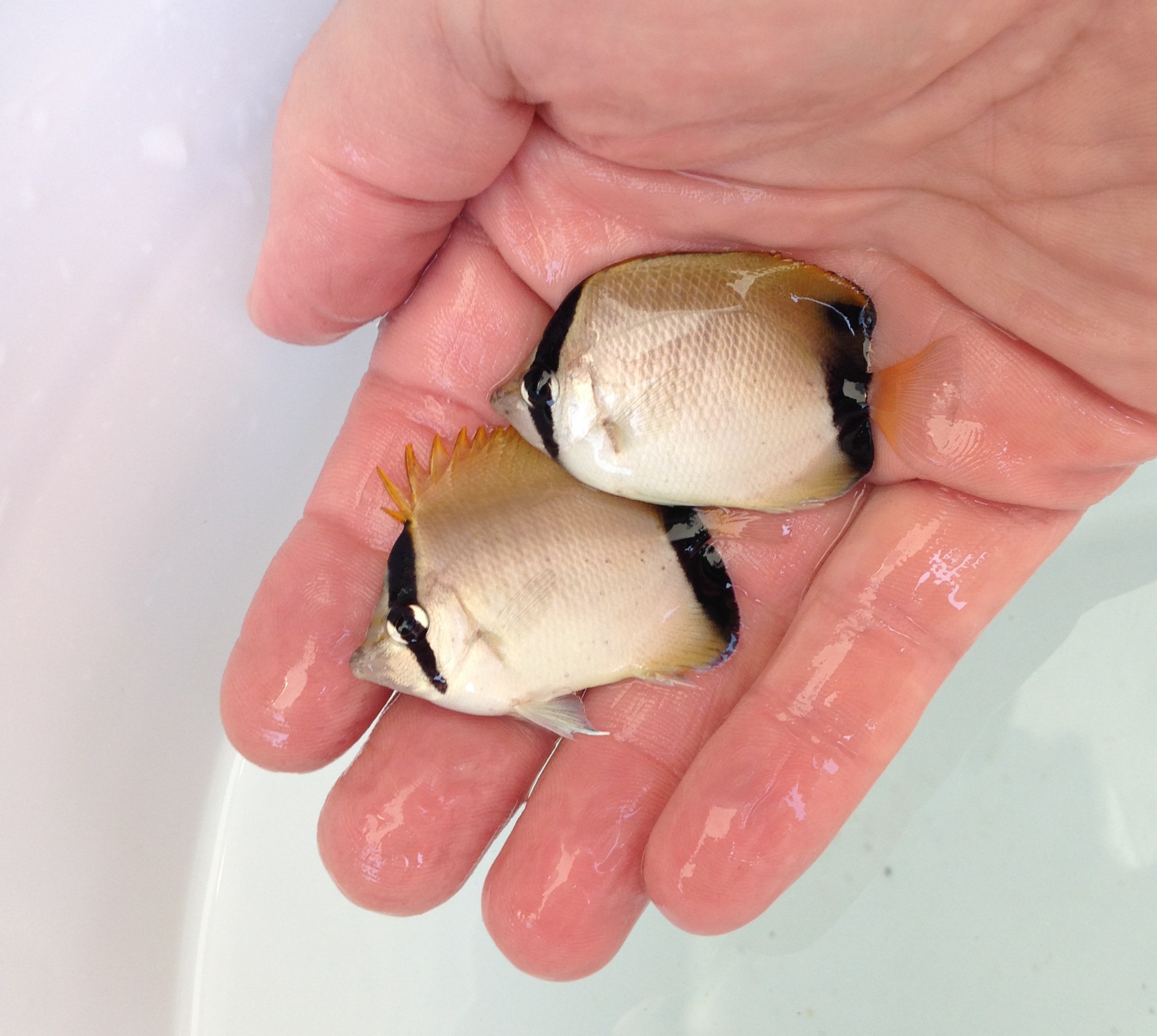 A pair of reef butterflyfish. Photo by Ashleigh Gardner 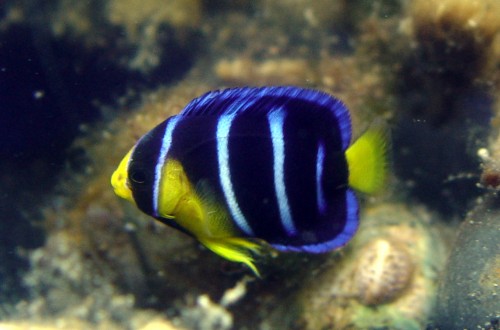 The great thing about collecting tropicals on Long Island at this time of year is that the fish are starting to put on enough size that they are becoming easier to spot in the water and easier to feed once you get them home. Also as Labor Day approaches, we are nearing the point of peak abundance and diversity of tropical fish species here. Since my last entry, the bigeyes have arrived in good numbers, the butterflyfishes have grown considerably, and for the first time in several years, blue angels are making an appearance. For most local collectors, angelfishes of any species represent the holy grail of species to catch here.

I’ve seen at least 6 species of Serranids (groupers) so far this year, including one very exciting record for the state of New York and a range extension for the species. You can hear about that at my talk at MACNA on September 6.  I’ll also be discussing where and how to find all of these little gems, as well as some of the ecological implications of their presence here.