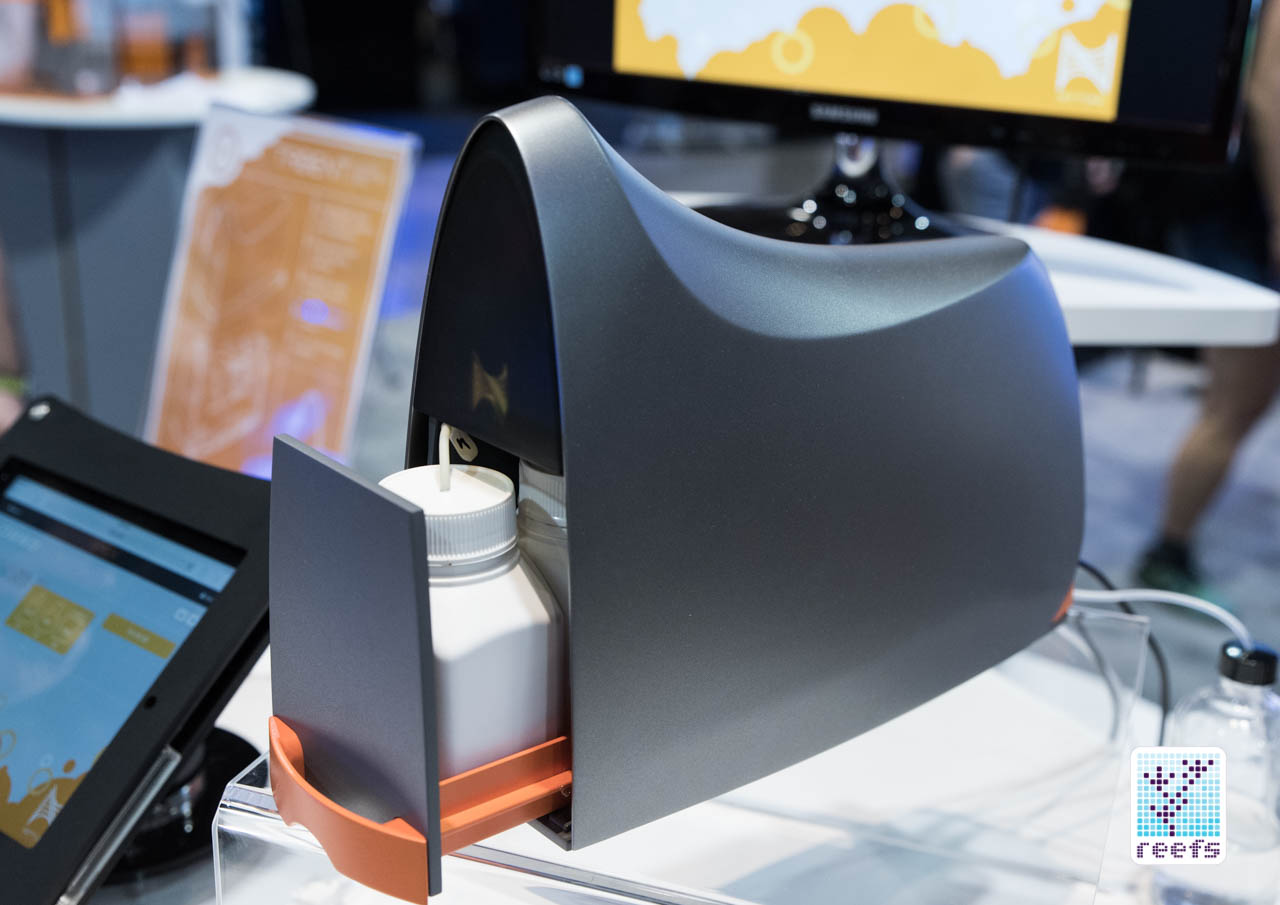 I have confidence that MACNA 2017 Conference in New Orleans will be remembered as a defining moment for Neptune Systems and the reefing world in general. On Friday, August 25th , at the 5th Annual MACNA Meetup organized by Neptune Systems, a new device called Trident was introduced to the public. Barely a year after the idea of a consumer-level automatic alkalinity monitor slowly developed into several prototypes from different manufacturers, Neptune Systems delivered a true jaw-dropper, an Alkalinity, Calcium and Magnesium Monitoring, all in one, Apex-ready device. 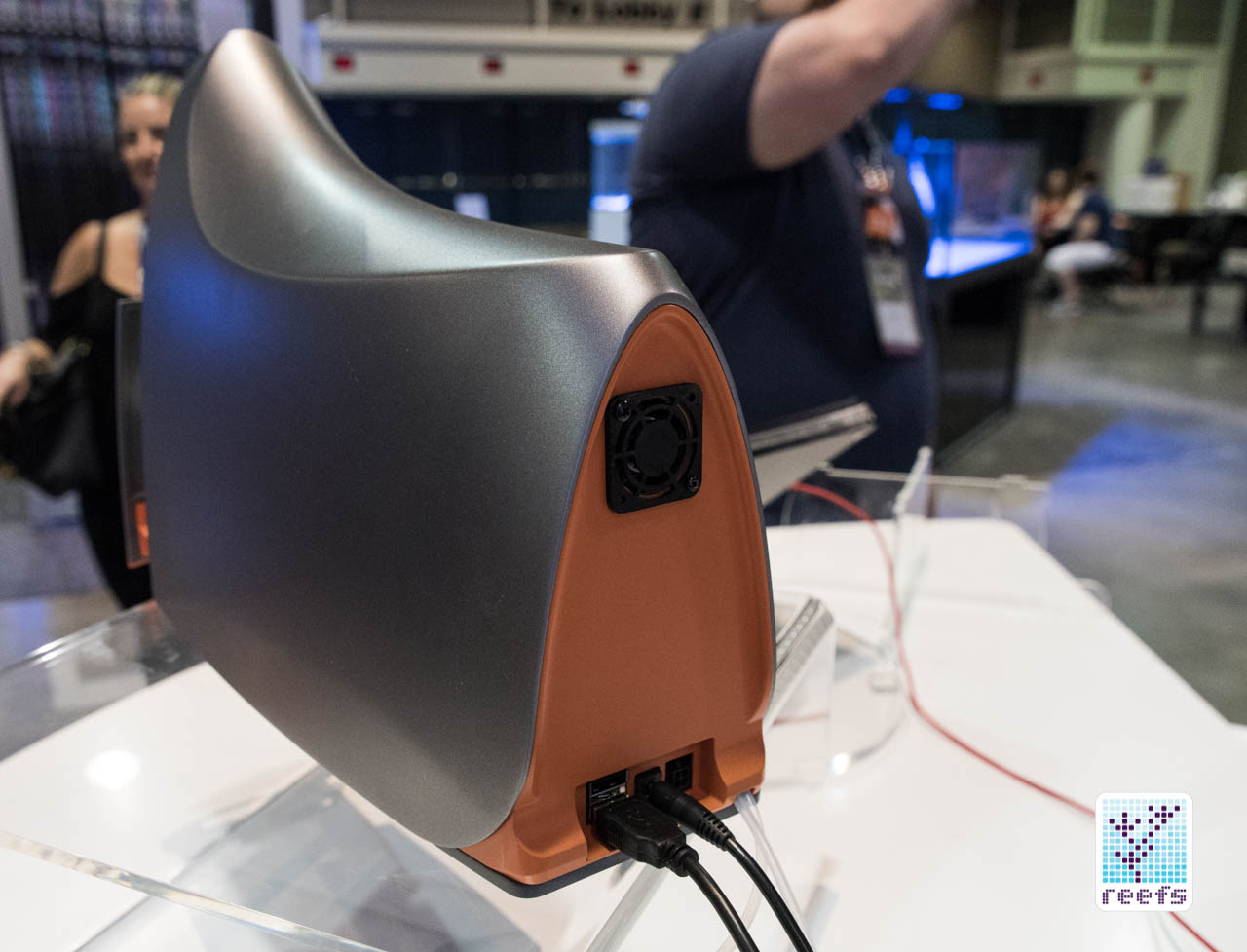 The back of Neptune Systems Trident

The brainchild of Mr. Jim Welsh, who partnered with neptune Systems to further develop his Alkalinity monitor introduced at last year’s MACNA in San Diego, Trident is a true stepping stone for aquarium monitoring. How neptune managed to squeeze all that magic into the relatively small and good looking package is a mystery to me, but Trident is [almost] here, and promises an unprecedented new way to monitor and control your aquarium’s crucial parameters, all while looking simply stunning. Harnessing the full potential of the company’s apex controller, Trident will cooperate with other Neptune devices, like the DOS dosing pumps and the FMM module, to allow for precise dosing based on real time data provided by its automatic testing.

Reefs.com awarded neptune Systems with a “best of show” title for this truly remarkable new device they invented. 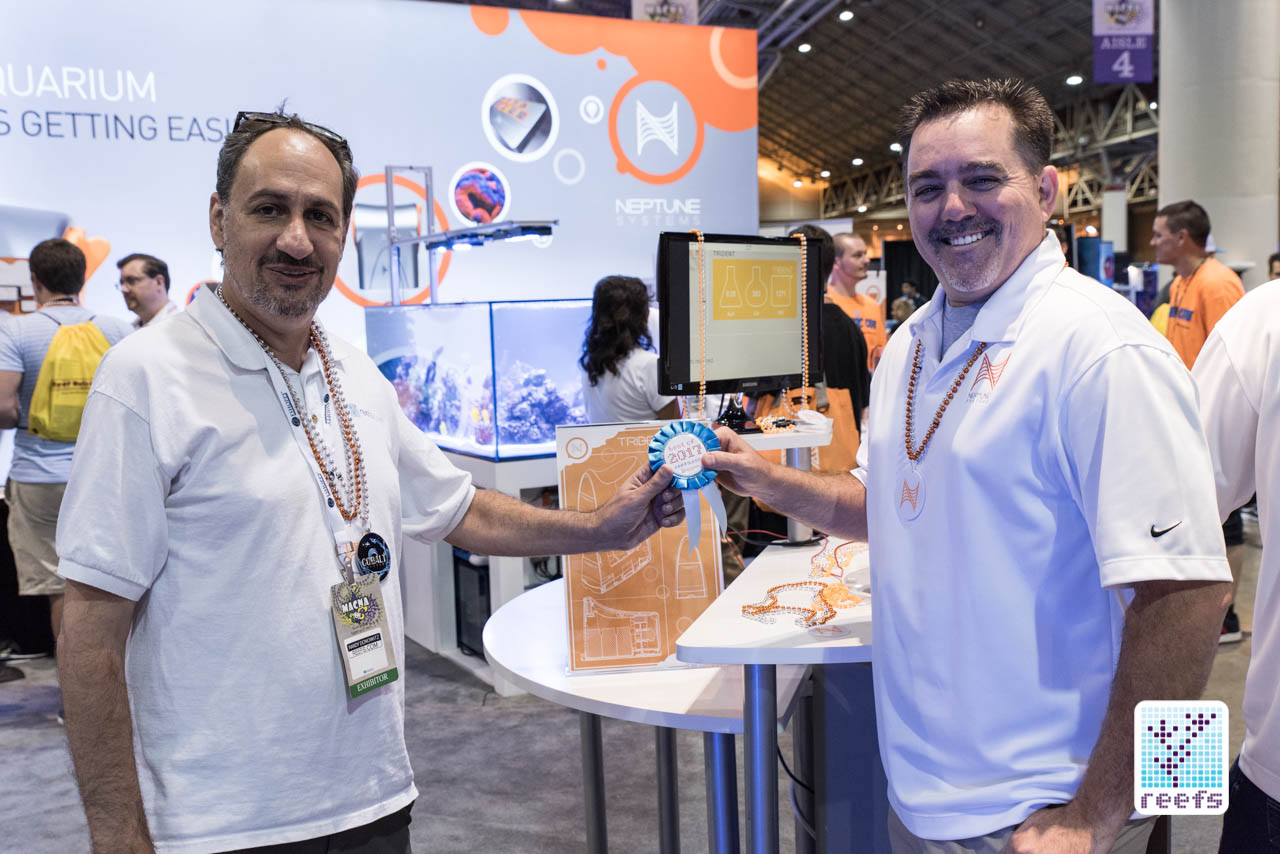 neptune Systems plans to release Trident in the second quarter of 2018 with a target price of 0-0. Stay tuned for my interview with Terence Fugazzi, the company’s VP of Sales and Marketing, where we talk in detail about the soon to be released COR pump and of course, the development process that brought us Trident!