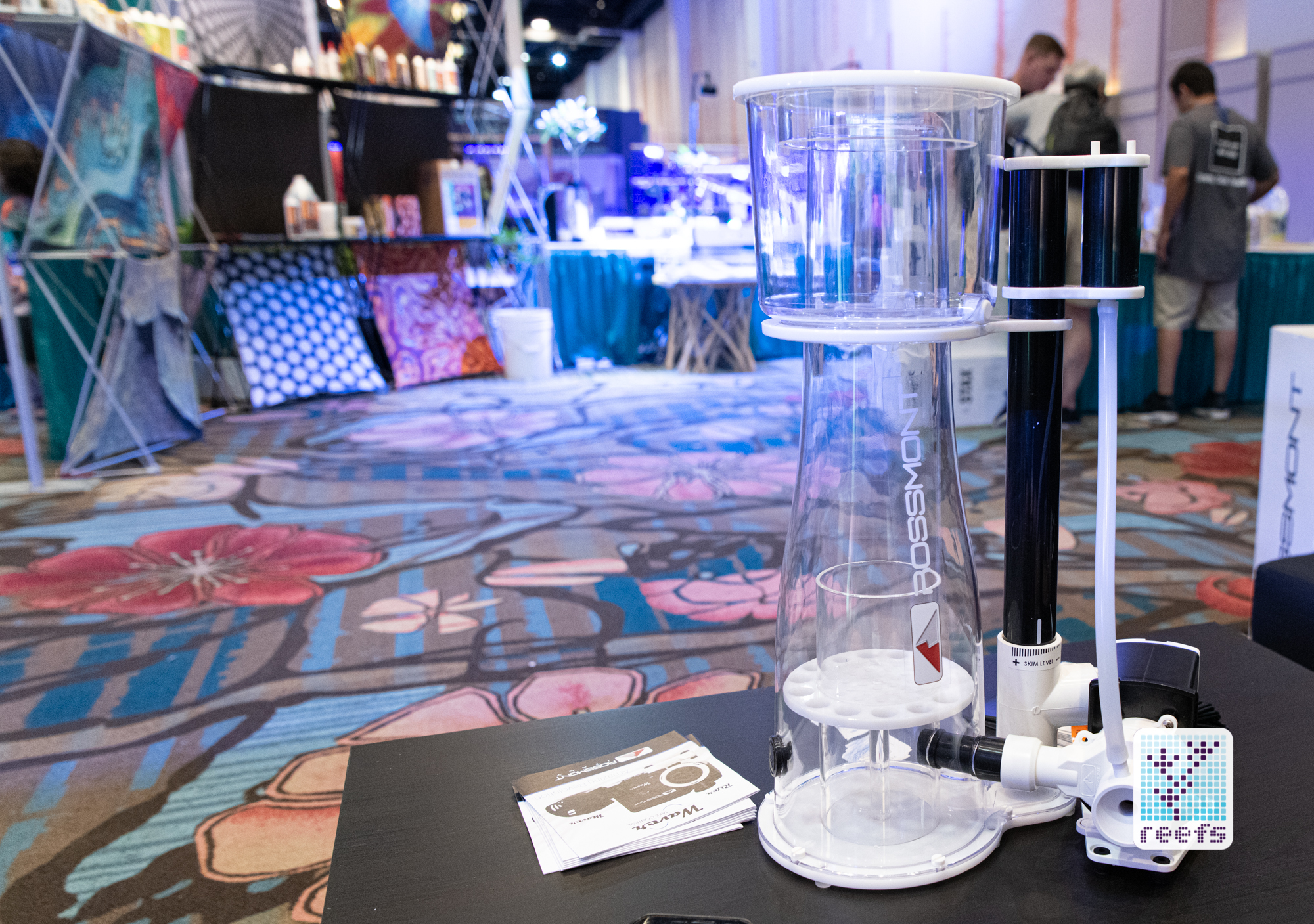 Rossmont cofounder Mattia Montin and I first talked about the company’s upcoming big release, an AC powered, controllable skimmer line, a year ago. So I was pleased to visit their MACNA 2019 booth, and see the two production models with my own eyes- the smaller X250, rated for aquariums between 80-250 gal and the larger for 160-500 gal tanks, taking main stage.

The two models displayed on the show’s floor, standing proud on the foundation of solid Italian manufacturing that defines them, gathered quite a crowd of attendees curious about this innovative piece of equipment. They have the familiar build and functionality of a typical cone-shaped skimmer, but Rossmont SX has a couple of really interesting features you may have not seen in a skimmer before. 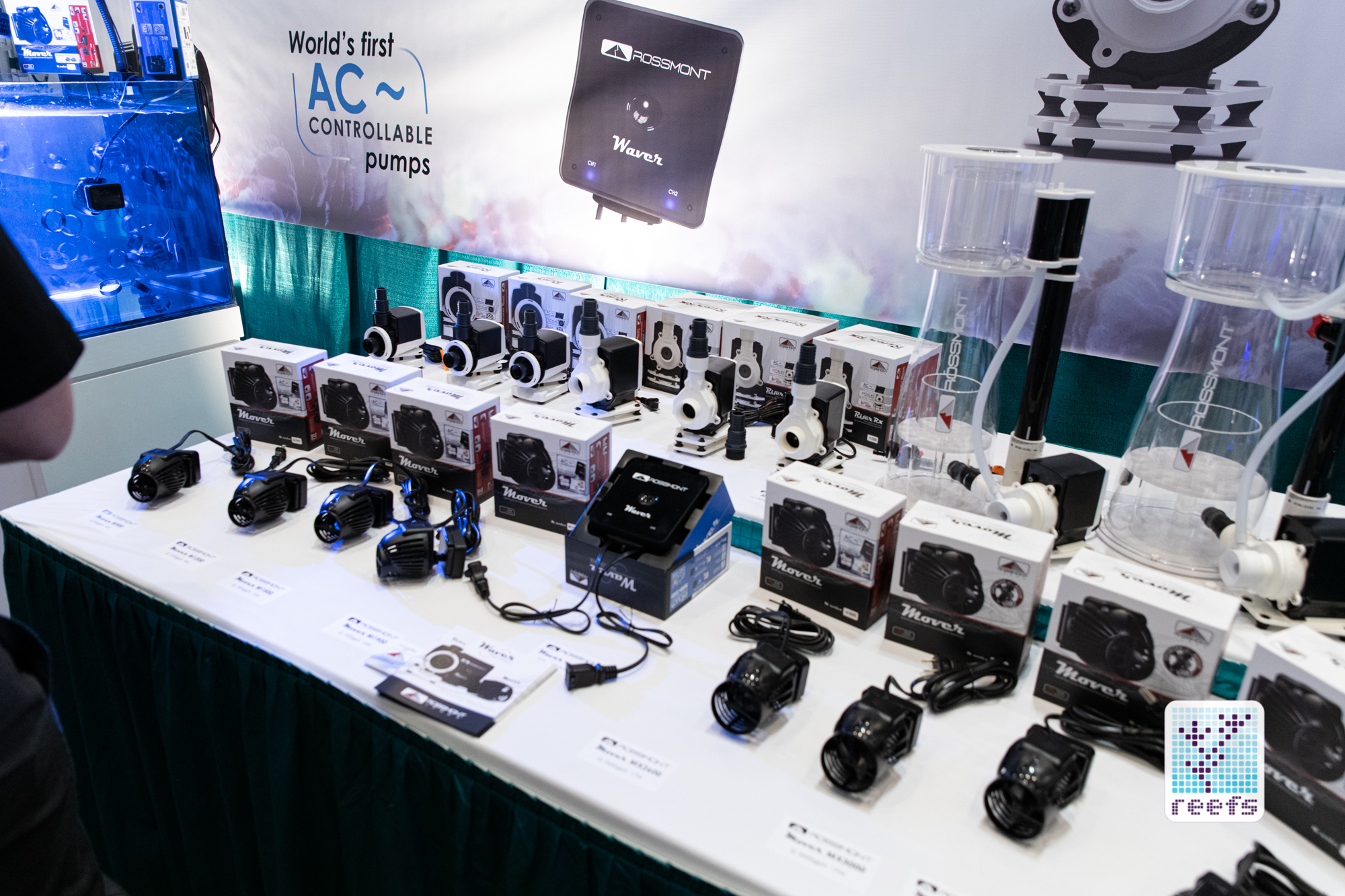 Besides the obvious AC pump that powers the skimmer and creates its bubbles, SX’s biggest innovation is its remote controllability. It allows the user to program it, through the inTouch mobile app, to behave differently throughout the day, which I never thought I wanted to do to my skimmer before Mattia gave me a real-life example based on his own aquarium. He said he runs his SX on 70% power, but three times a day for one hour each time, the skimmer is programmed to ramp up to 100%, so that the dry skimmate that has been accumulating at the top of the skimmer’s body gets pushed into the collection cup, cleaning the neck in the process. 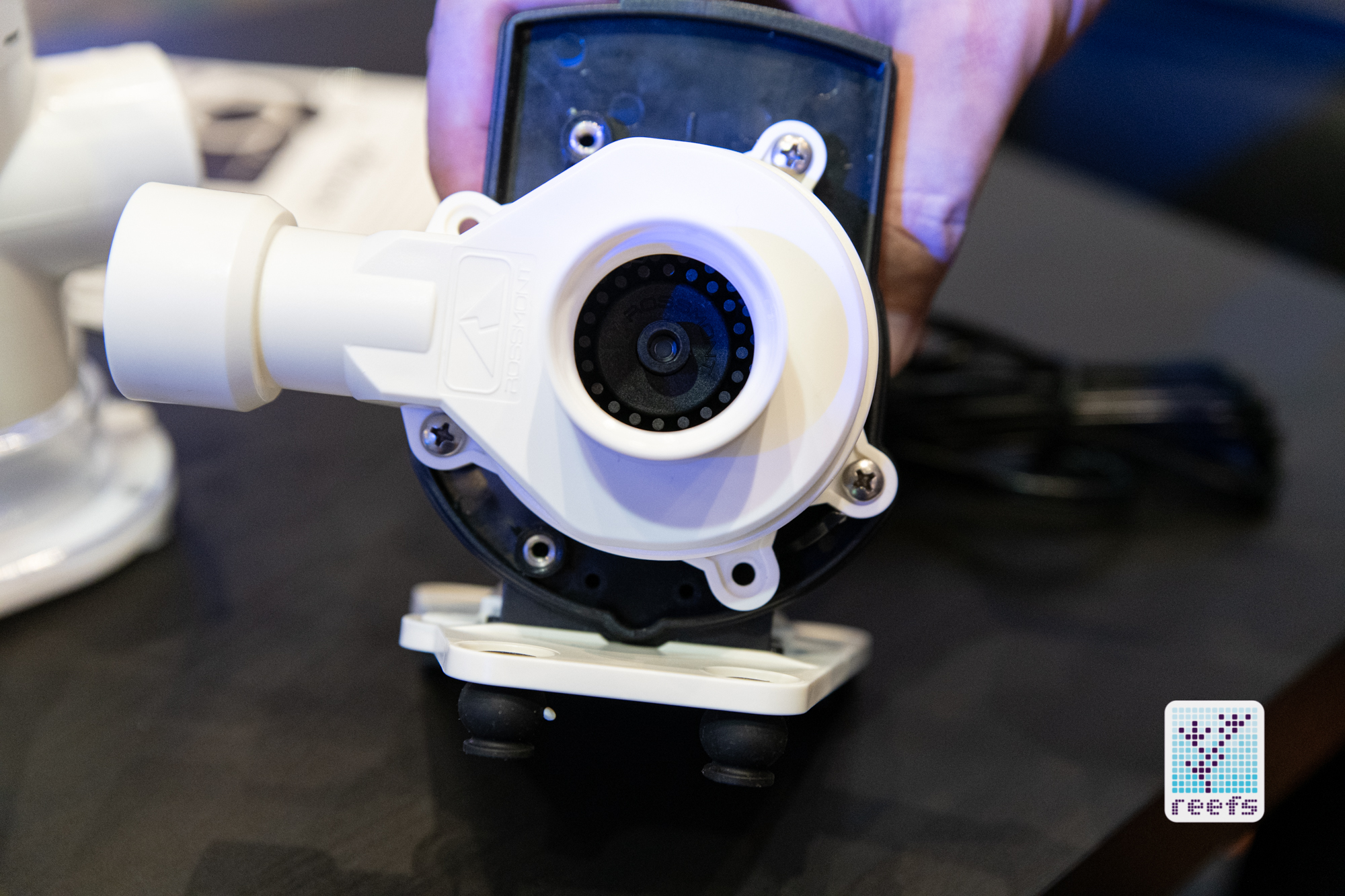 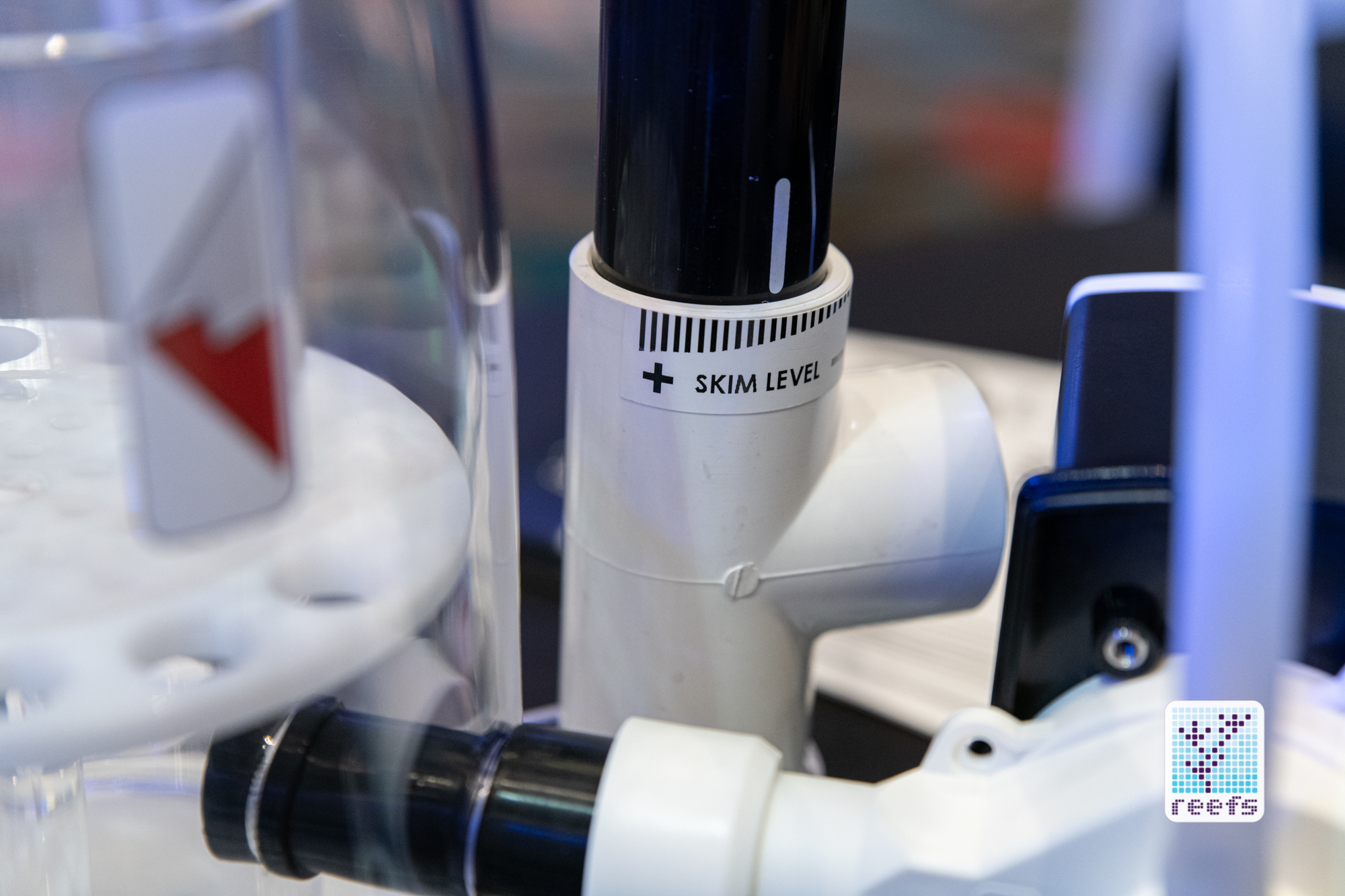 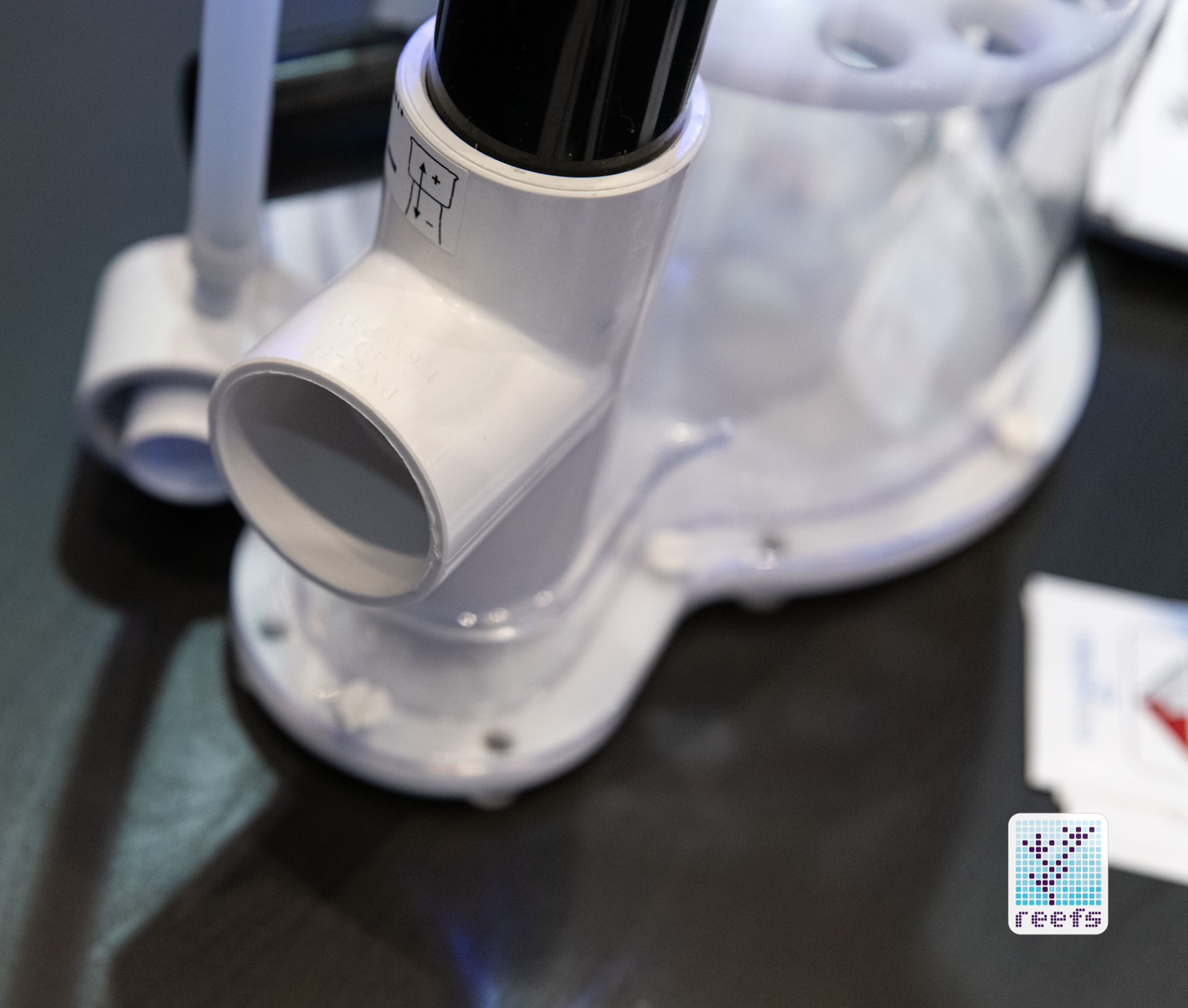 Rossmont worked on their skimmer for over a year and a half, using an army of beta testers and collecting feedback to make sure it is perfectly tuned to the pump that powers it. The end result is a completely silent machine that produces fine bubbles and it is extremely easy to adjust and maintain. A single knob controls the water level inside the skimmer, while the foam neck can be adjusted by dialing the pump’s speed. The company opted to put the pump outside the skimmer’s body to allow for more room in the reaction chamber. To detach the pump from the body, one needs to simply pull the flexible connection to free it. There is a capped inlet on opposite sides of the skimmer so that you can reposition the pump to your sump’s conditions. 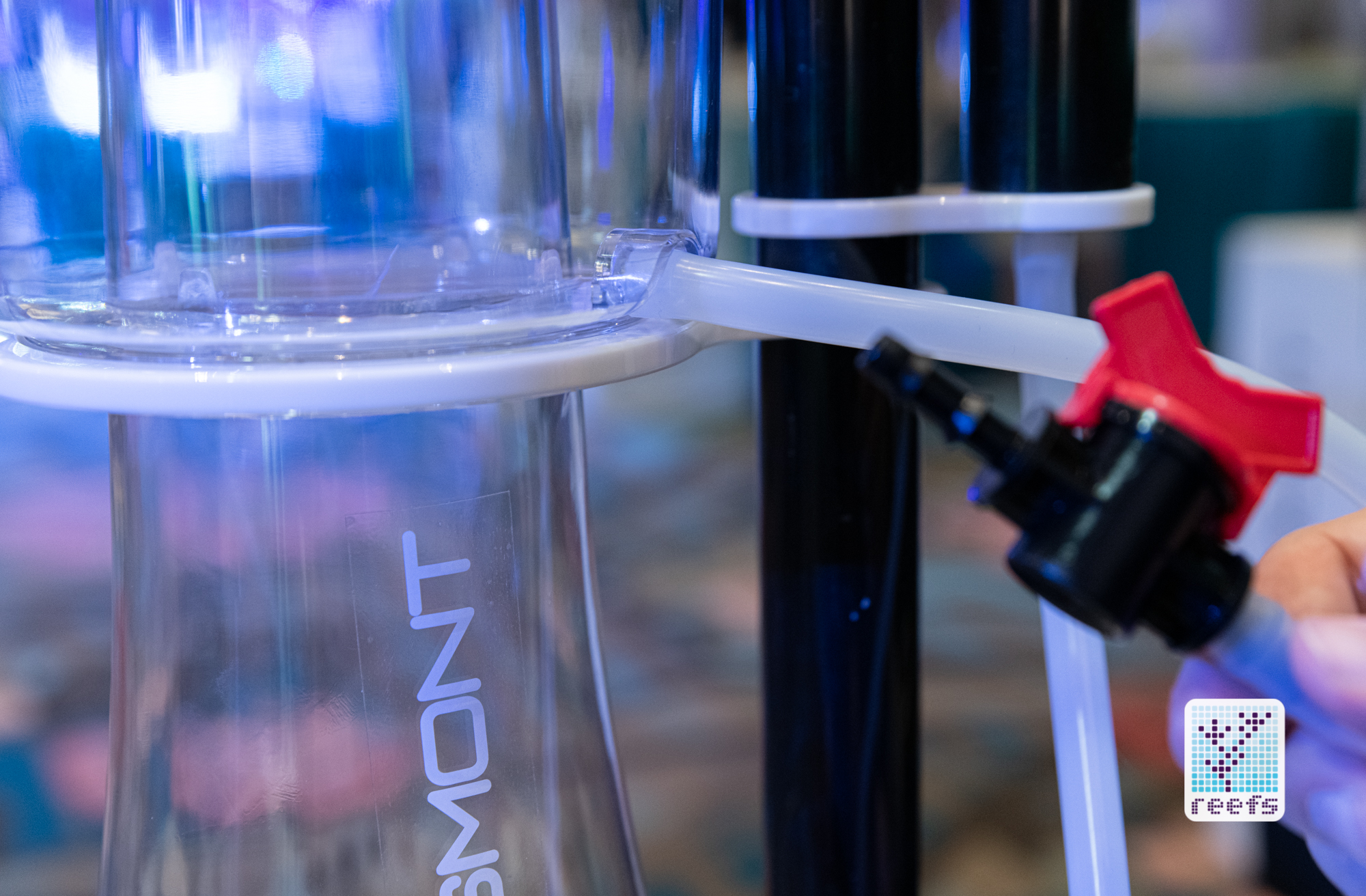 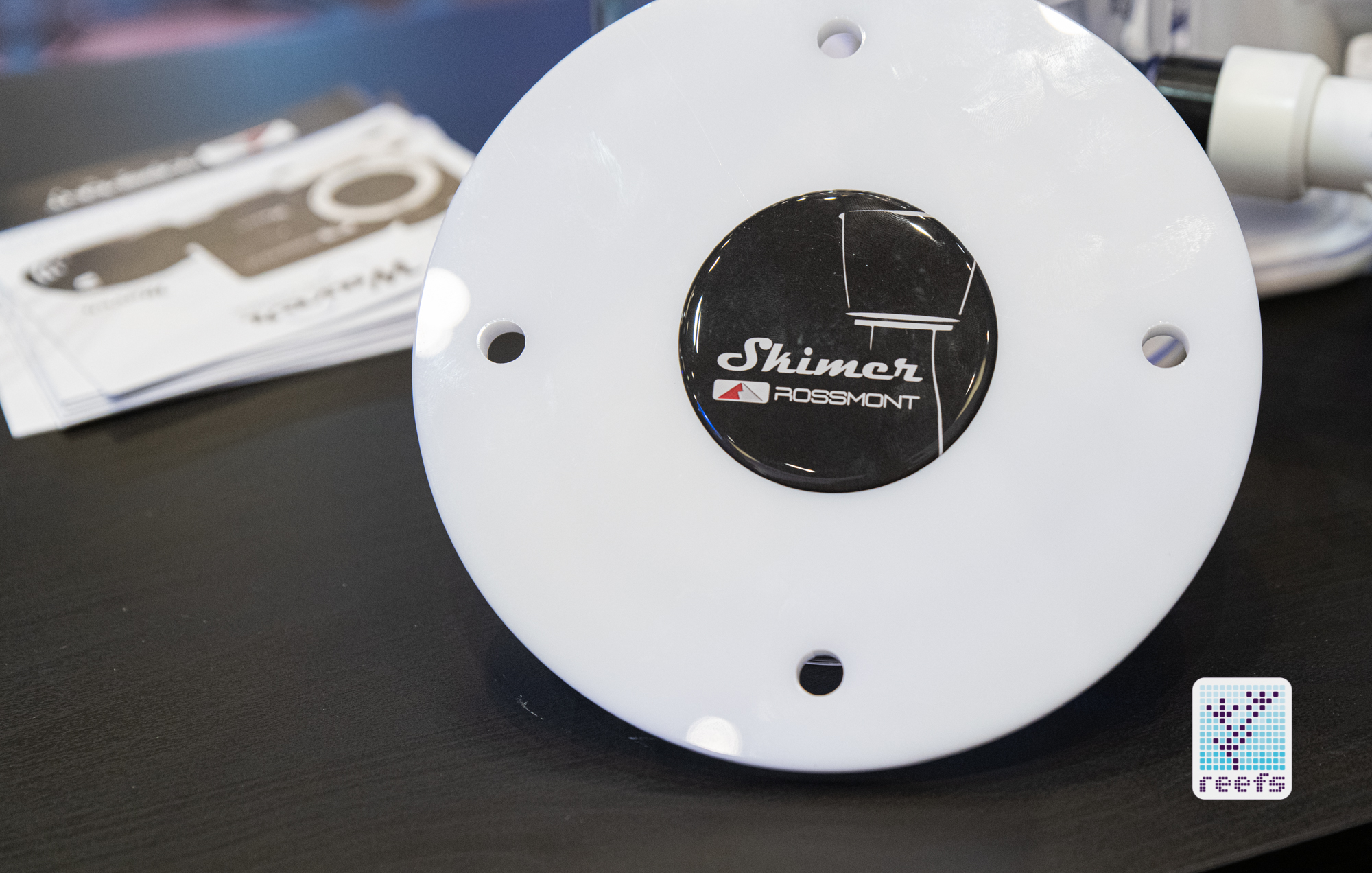 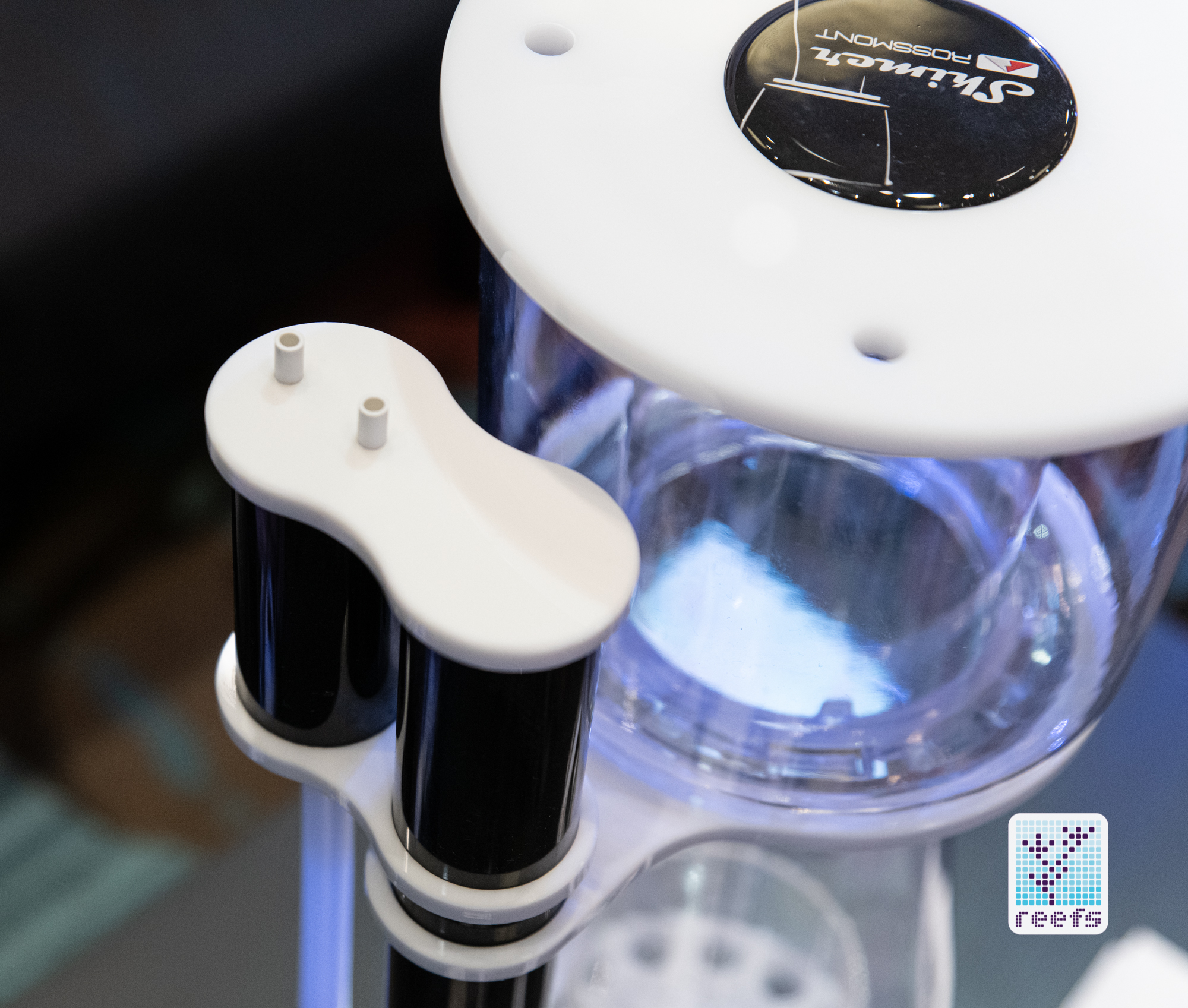 I’ve also been told that Rossmont is currently working on expanding the skimmer line with two new models- a small X150 model that will serve tanks up to 150g and a large, yet unnamed model rated for something around 750-800g tanks.

In other news, Mattia told me of an idea he has to manufacture a Rossmont sump that would include the skimmer and return pump, along with complete plumbing. That would be a cool thing to see for sure. I guess I’m gonna have to come back next year to see that new equipment.

Meanwhile, stay tuned for even more MACNA articles and as always, big thanks for your support. 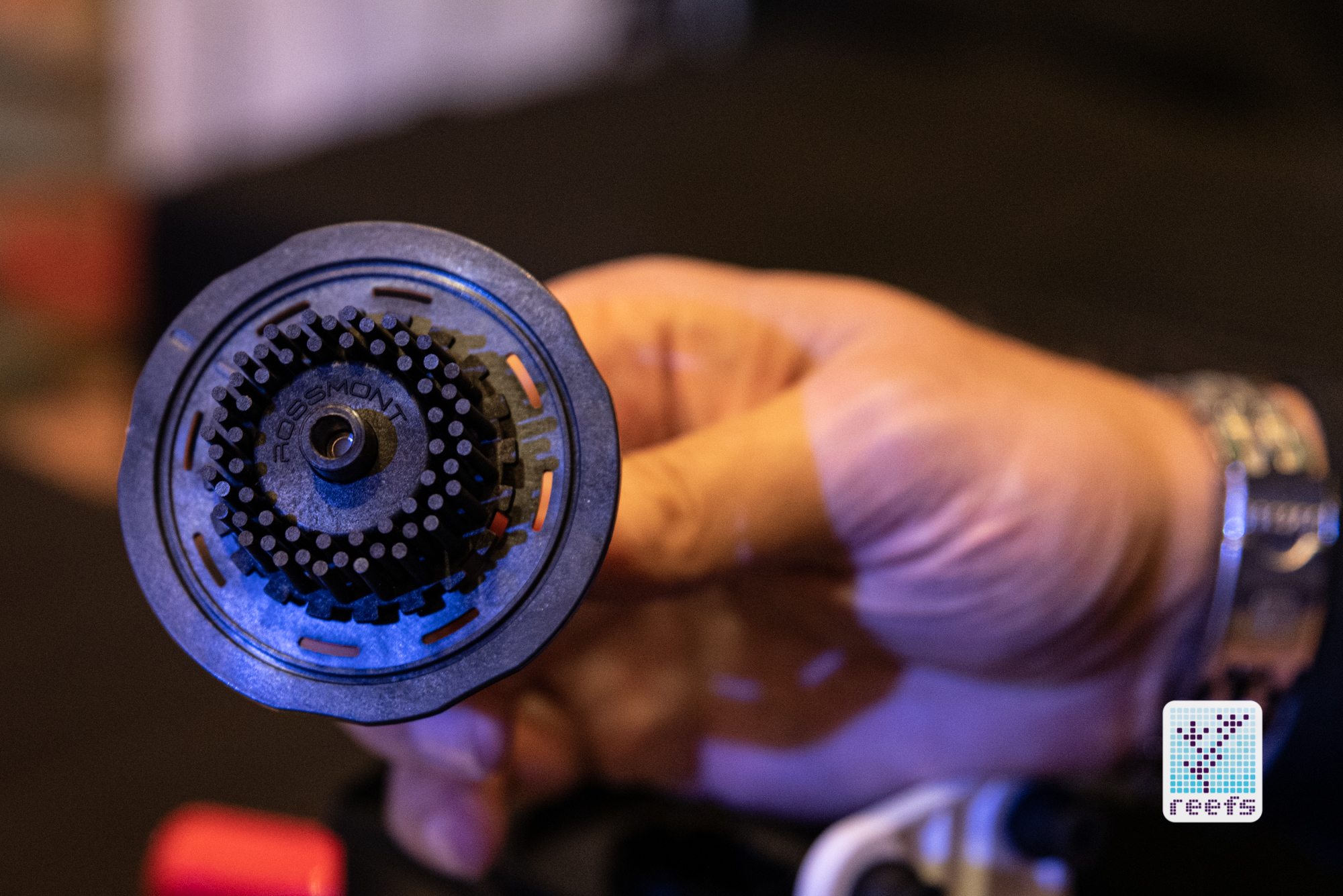 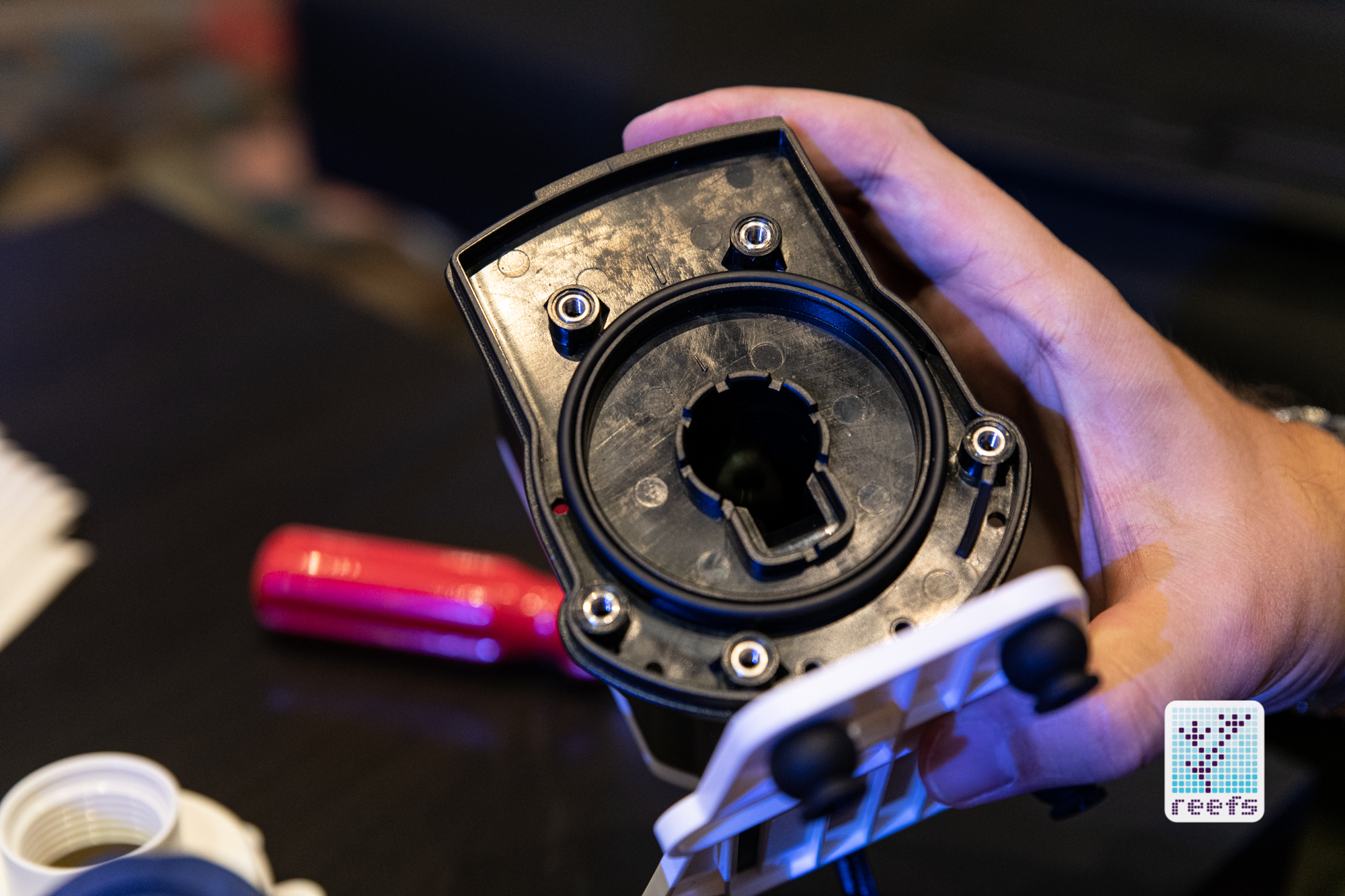 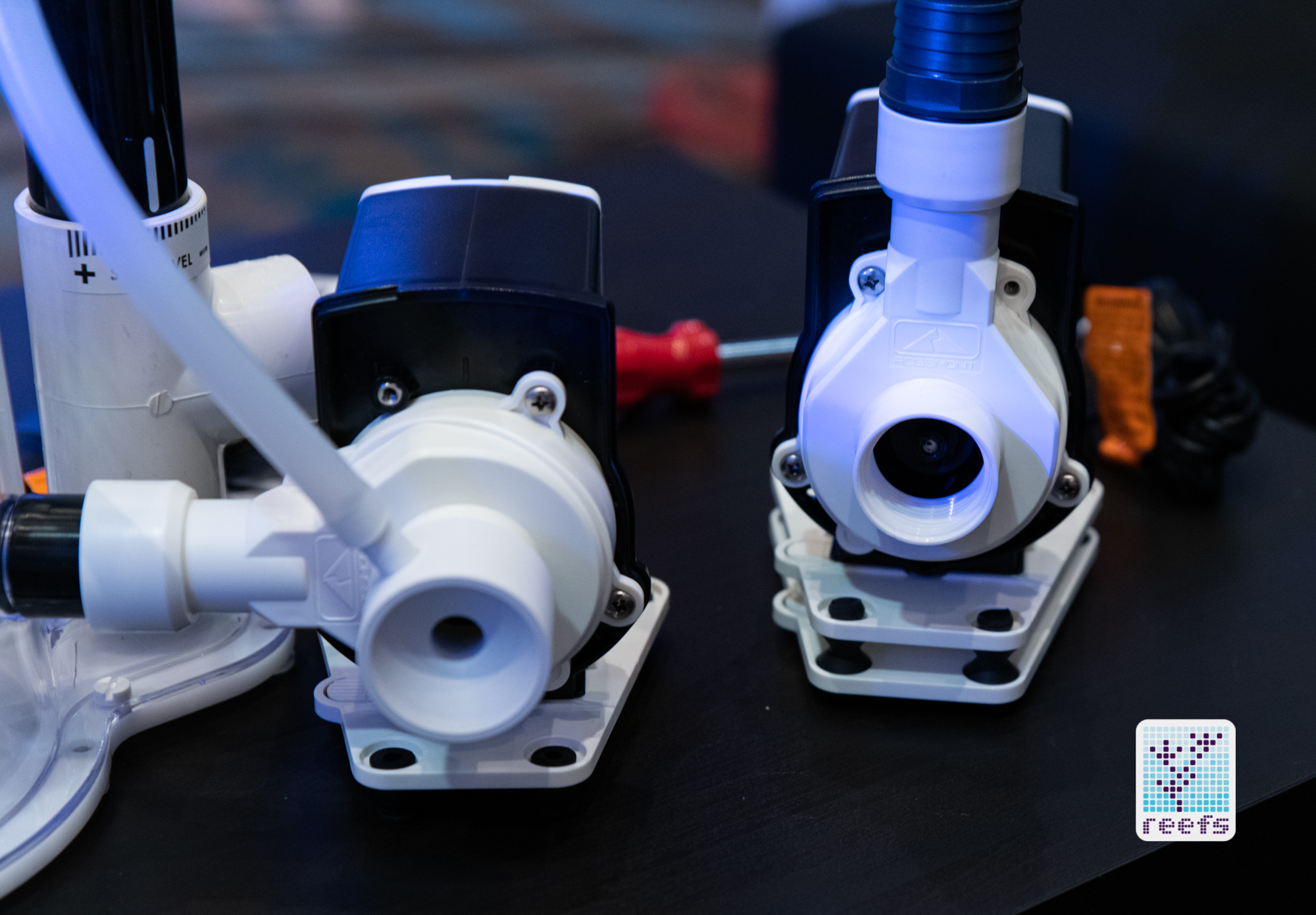 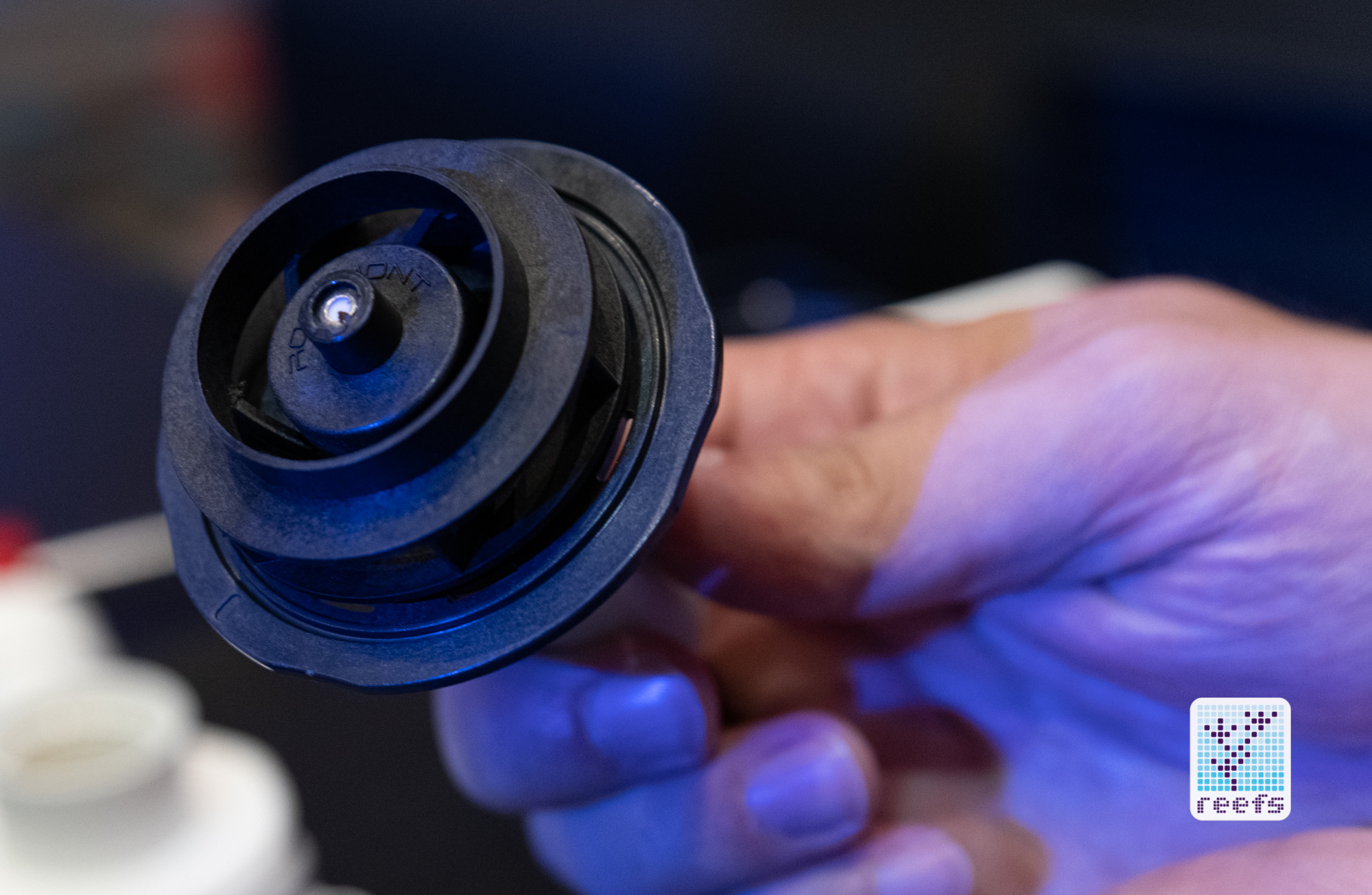 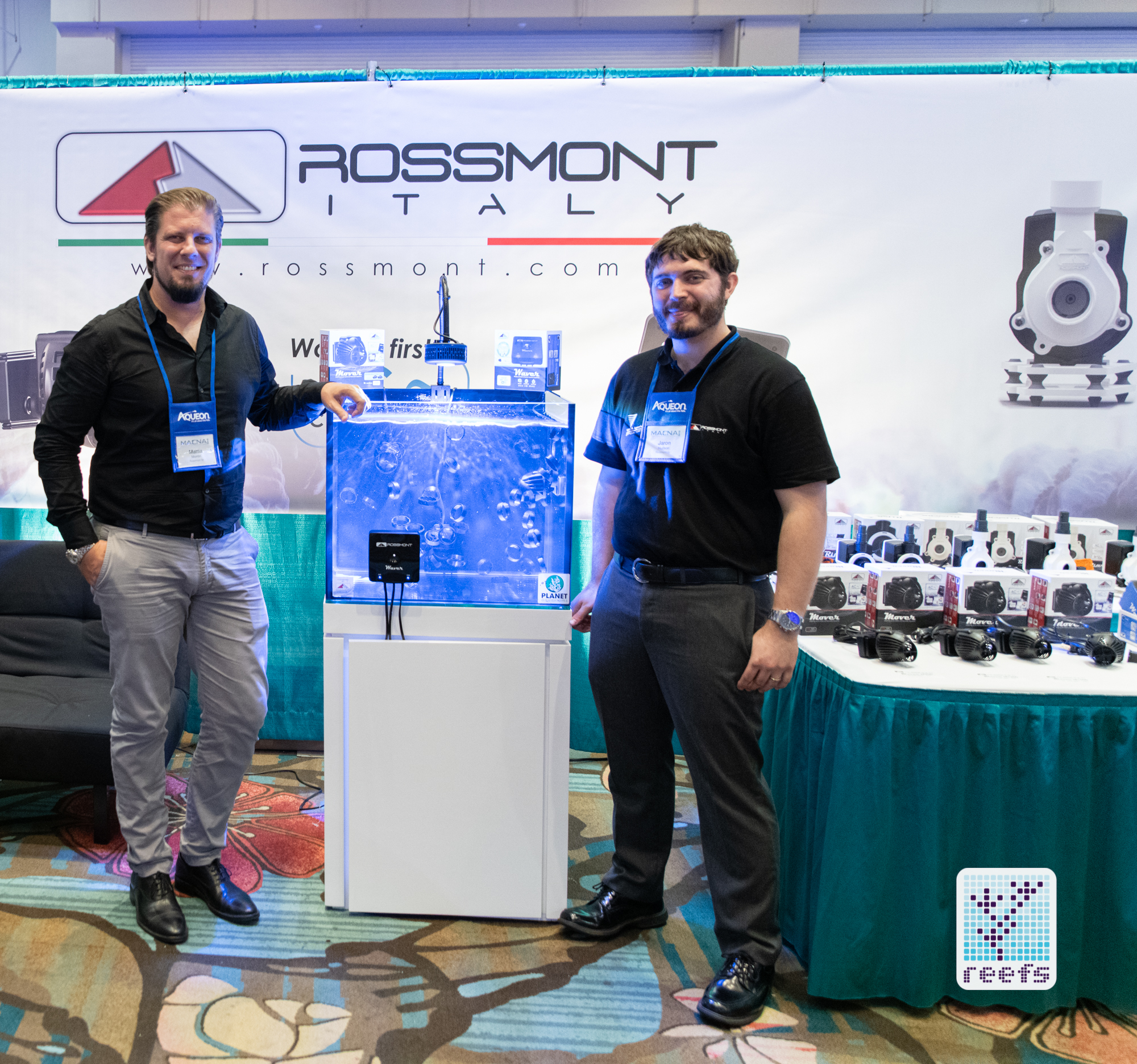