Very few groups of tropical marine fishes can boast such a multicolored body pattern like the butterflyfish. This marine family – scientific name Chaetodontidae, from the ancient Greek, it means “brush-teeth” – includes 114 different species belonging to 10 genera, of which the genus Chaetodon is the most abundant in terms of number of species. The majority is found in the Tropical Indo-Pacific, while only four species occur in the eastern Pacific, and 13 species in the Atlantic. 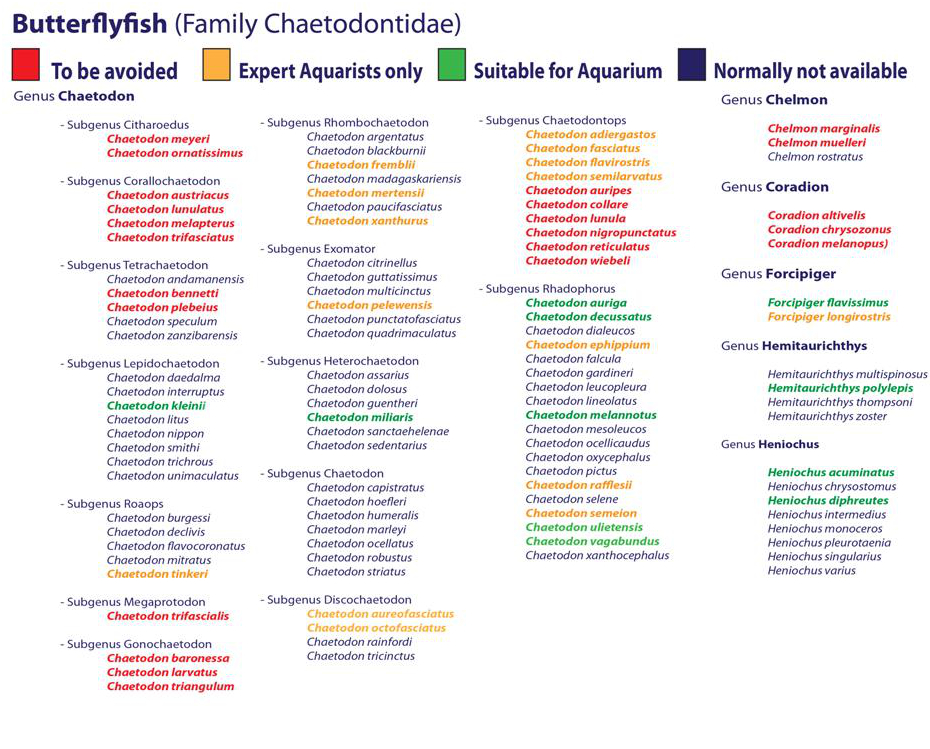 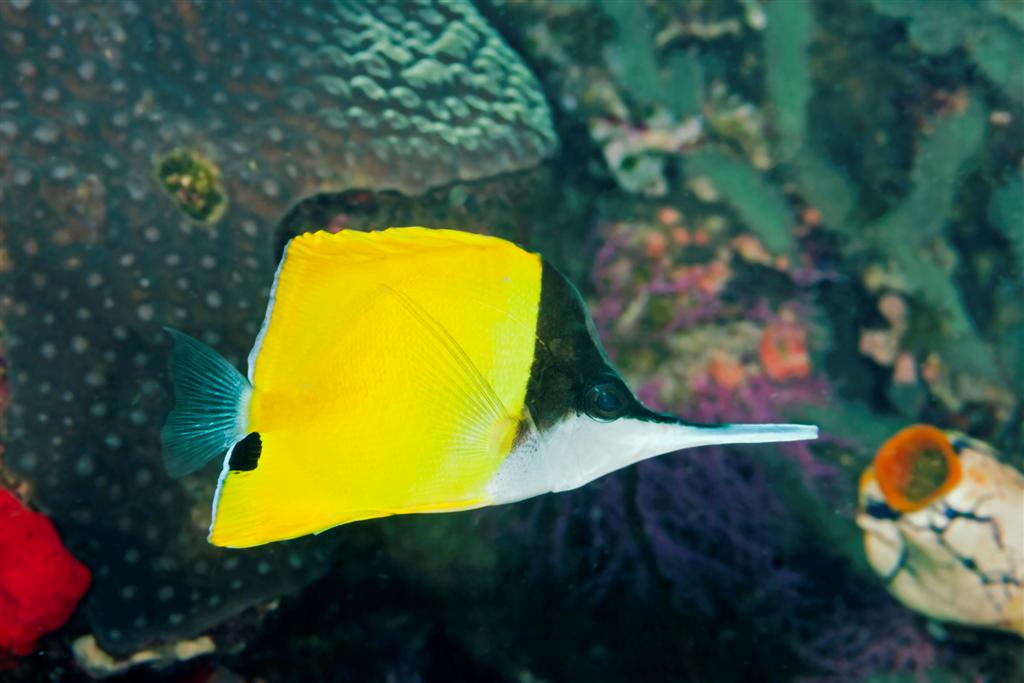 Fig 1. The Big Longnose Butterflyfish (Forcipiger flavissimus) is one of the most common species available in the aquarium trade.

The common name makes reference to the brightly colored body (mainly yellow, white and black but with many variations in terms of patterns) of many species. They typically have an “eye-spot,” often located at the basis of the caudal fin, probably an anti-predatory adaptation (predators, especially in the confusing sensory world of coral reefs, may be induced to think that the fish is far larger than is it in reality. The eyespot can even reduce the probability of being bitten on the fins by small predators like fang-tooth blennies). Their disc shaped body, highly compressed, allows them to move easily through the cracks and crevices of the reef, and even if they are not particularly fast swimmers, are difficult prey for reef hunters.

The majority of species is about 20 cm long, with a pronounced jaw, which in some species like Forcipiger flavissimus can be about the 25% of the total body length. If the fish preys only on coral polyps, normally the snout is reduced, while for invertebrate feeders, due to the need to insert the mouth in very small holes or narrow crevices, becomes long and thin. Planktivorous species normally have protruding jaws to catch small, free-swimming prey. 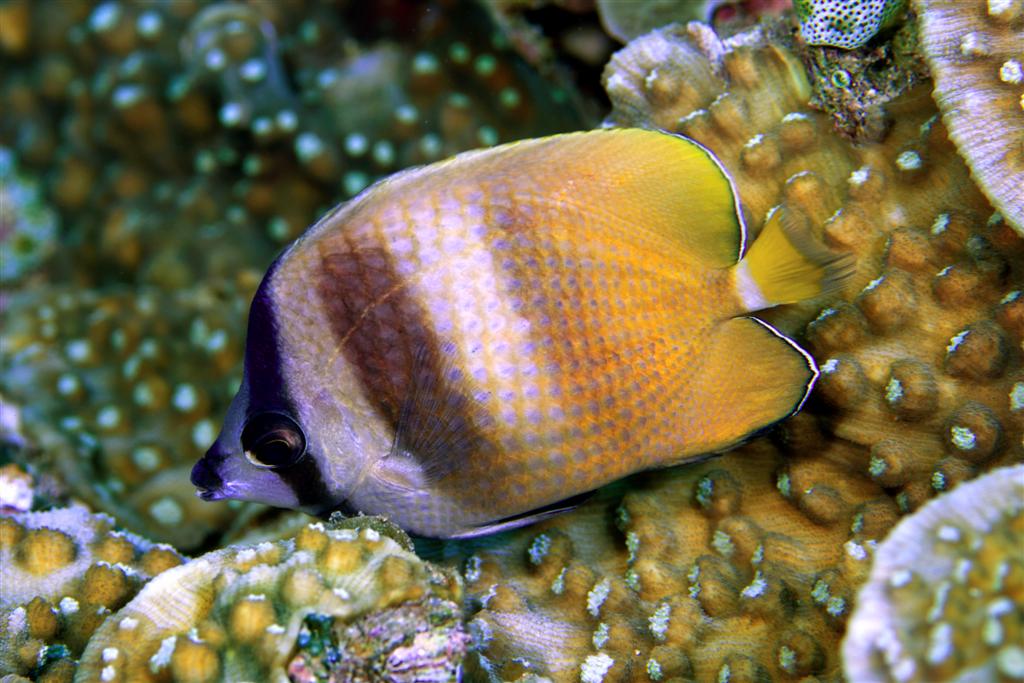 Fig 2. The Brown Butterflyfish (Chaetodon kleinii) is a good tank mate for aquarium beginners, thanks to the easy adaptation and feeding habits.

Butterflyfish are present in tropical seas worldwide, often associated with coral reefs, many of them being obligate or facultative coral-feeders (‘obligate’ means they are able to feed only on coral polyps, while the facultative ones can even rely on other kind of food like algae, plankton or small invertebrates).

Coral feeders are strictly territorial, normally living in pairs that last for their life time, in a prolonged monogamy not so common in the animal world. There is not an evident sexual dimorphism: males and females generally look alike, even if sometimes the male is slightly bigger.

Butterflyfish reproduction starts with external fecundation, at least for the few species studied, and normally occurs at dawn, after some complex courtship behavior. Fecundated eggs will be released in the current, where they will remain until hatching. The presence of a drop of oil in their yolk sac guarantees that the newly hatched larvae will remain floating on the surface. When the larva arrives at around 5 mm of length (in a stage called ‘tholichthys stage’, unique among reef fishes) a bony armor covers the head, extending to form spines dorsally and ventrally. These pelagic larvae remain planktonic for two or more months, and after that period the armor is absorbed and the larva can settle at night, quickly transforming into juveniles. 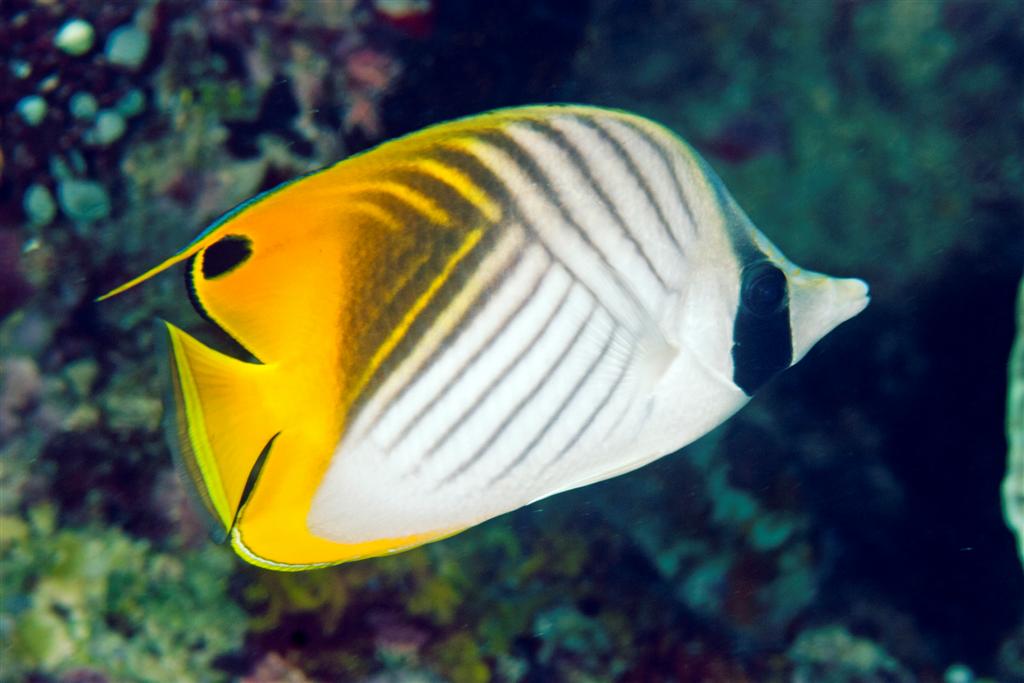 Fig 3: The Threadfin Butterflyfish (Chaetodon auriga) is another good member for big aquaria. Being territorial, if kept in small tanks, it may become aggressive.

Juvenile butterflyfish can live in different habitats than adults, normally shallower areas inside branched corals, or mangrove roots. Some of them, at a later stage, form large groups living together, but normally are solitary, and some of them act as cleaner fish. Sexual maturity is reached after about 1 year of life. Butterflyfish lifespan is about 3 or more years, with bigger species living longer.

The home range of butterflyfish depends on the species, varying from a few square meters to very large territories, which is mainly dependent on food availability. Marine biologists use some obligate corallivores like butterflyfish as indicators of the health of a coral reef. If the reef is healthy and in good conditions, it can support the coexistence of many different species of butterflyfish, so their presence is evidence of the good overall status of the ecosystem.

Butterflyfish are commonly kept in aquaria even if some species are quite hard to maintain. For this reason, a deep knowledge of the particular species you are willing to host is necessary both for it health and for the safety of the whole aquarium. The knowledge especially of the feeding habits of each species is vital to avoid bad surprises. 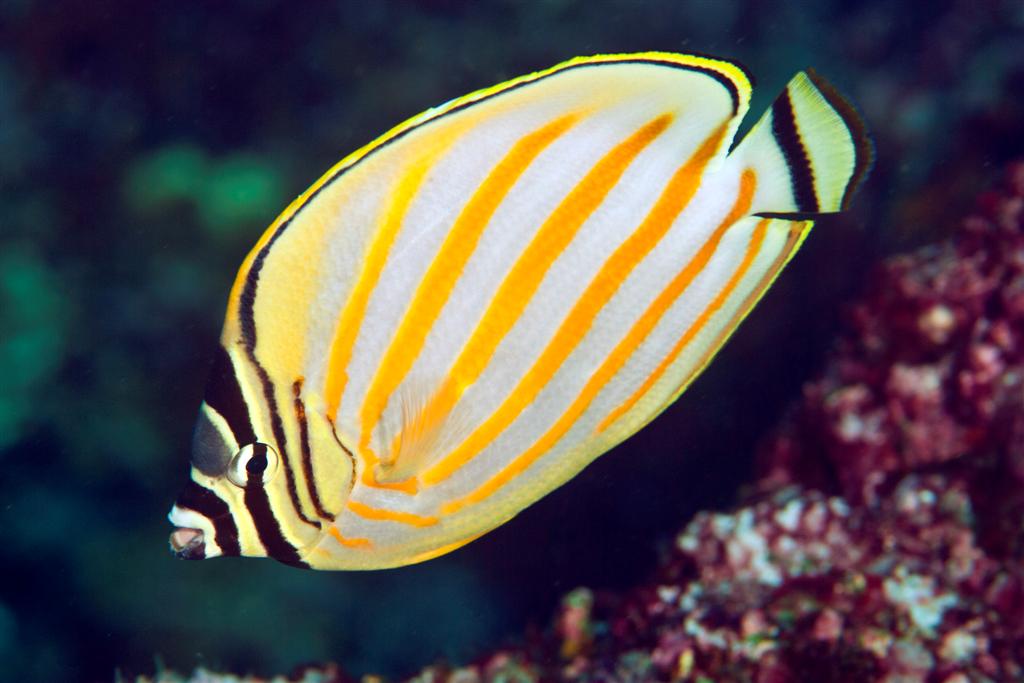 Fig 4: An exemplum of a butterflyfish to be avoided. The Ornate Butterflyfish (Chaetodon ornatissimus) be cause it is an obligate coral-feeder.

Let’s have a quick look on some of the most common species present in the aquarium trade. 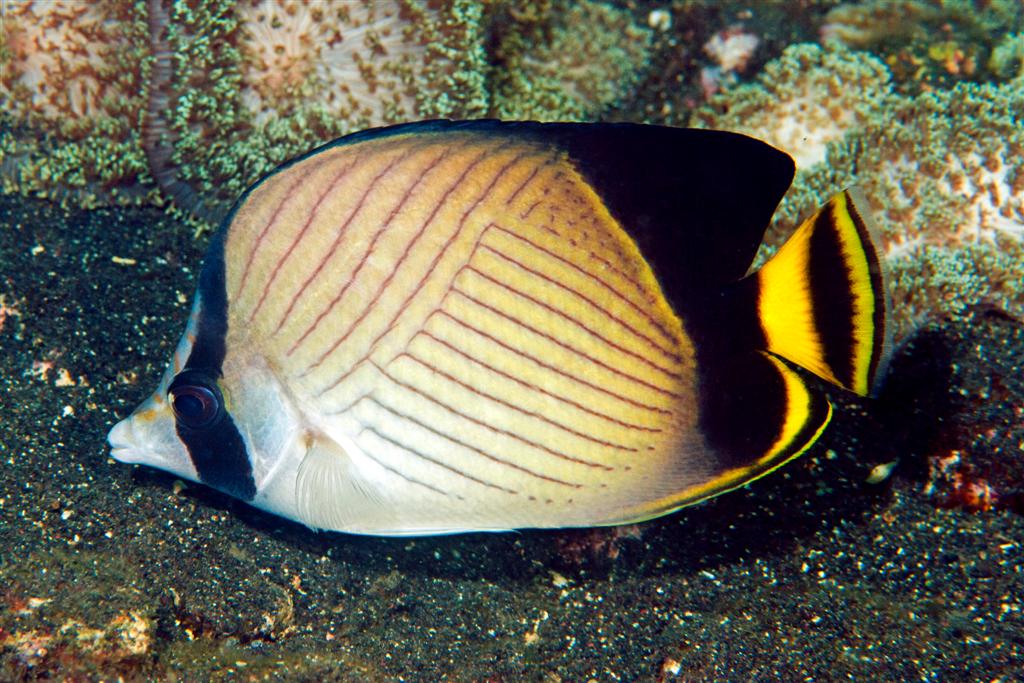 Fig 5: The Blackened Butterflyfish (Chaetodon decussatus) is a possible good tank mate, even if it needs good water conditions and a large aquarium.

Genus Heniochus: also known as “Bannerfish” due to their long dorsal fin. Heniochus are easily kept in aquariums. In the wild, some juveniles act as cleaners, so sometimes in the aquarium they might bite the other fish’s fins. One of the most common species is Heniochus acuminatus (and not acuminata, as sometimes proposed). Adults normally swim in pairs and are planktivorous. Heniochus need a large aquarium, but can easily tolerate meaty and algae dried food.

Subgenus Chaetodontops (includes the Raccoon Butterflyfish, Chaetodon lunula, the Pakistan Butterflyfish, Chaetodon collare, and 7 more species: C. auripes, C. fasciatus, C. flavirostris, C. nigropunctatus, C. reticulatus, C. semilarvatus, C. wiebeli). Most of these species feed on invertebrates and algae, but some others feed on coral polyps so they should be avoided. Have a look at the snout: the more rounded and less pointed it is, the higher is the probability that it is a coral-eater. In general, this group should be avoided or carefully evaluated before purchase. 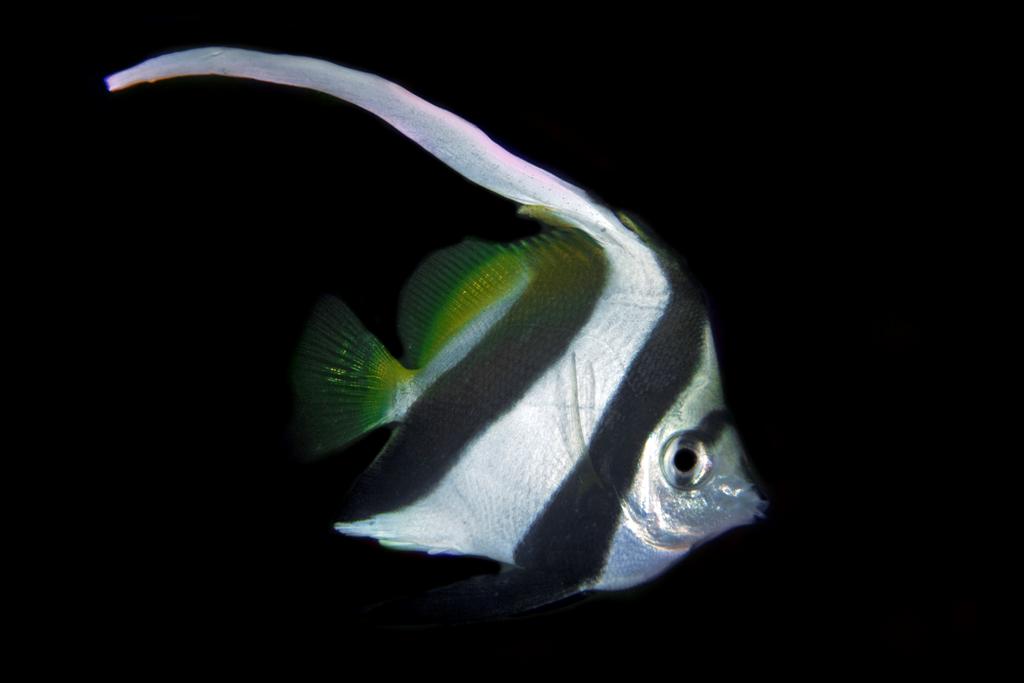 Fig 6: The Longfin Bannerfish (Heniochus acuminatus) is a peaceful butterflyfish and is easily kept in aquarium.

Subgenus Rhadophorus. A large group of butterflyfish composed of 19 species, inhabiting shallow and coastal reefs. They feed normally on invertebrates or algae, and can tolerate captivity, depending on the species and type of feeding. They can become aggressive if the tank is too small. Very popular and good tank mates belonging to this group are the Auriga Butterflyfish (Chaetodon auriga), the Black-Backed (C. melannotus), the Double-saddled (C. ulietensis), the Vagabond (C. vagabundus), the Saddleback (C. ephippium) and the Latticed Butterflyfish (C. rafflesi). Members of this group can be kept in aquarium but only with the right tank size and conditions, and many of them can be kept in fish-only tanks. 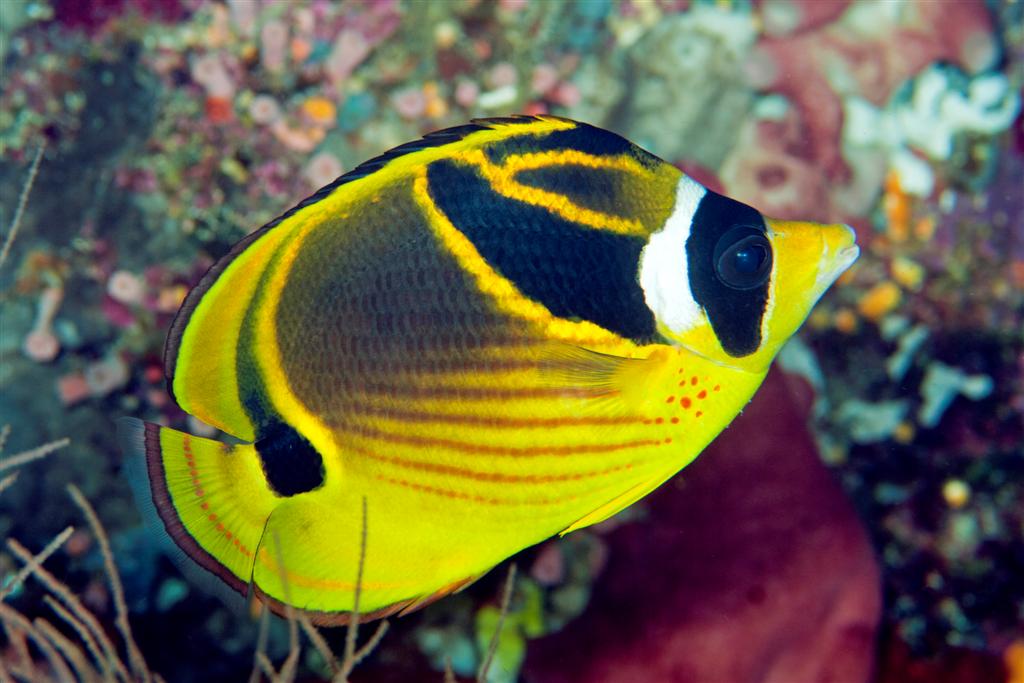 Fig 7: Another example of a Butterflyfish to be avoided, due to its dietary requirements: the Raccoon Butterflyfish (Chaetodon lunula)

Subgenus Lepidochaetodon. Members have arounded body and slightly pointed snout, and feed on a variety of invertebrates whereas some of them are planktivorous. Belonging to this group are the Brown Butterflyfish (Chaetodon kleinii), which is probably the easiest butterflyfish to maintain in an aquarium, but unfortunately its color pattern is not so spectacular like that of other species. In the wild, it feeds on invertebrates and algae, in aquariums it may accept dry or frozen food. However, it may feed on leather or soft corals if present in the tank.

Genus Forcipiger. This group includes very few species (just 2, but a new species has recently been discovered in the Indonesian Papua, but it’s not yet officially described). One is the very common Long-nosed butterflyfish (Forcipiger flavissimus). The long pointed snout is used in the wild to catch small invertebrates from their tiny holes or crevices. In the aquarium, if kept in large tanks and correctly acclimatized, live peacefully feeding on a variety of dried or frozen food. 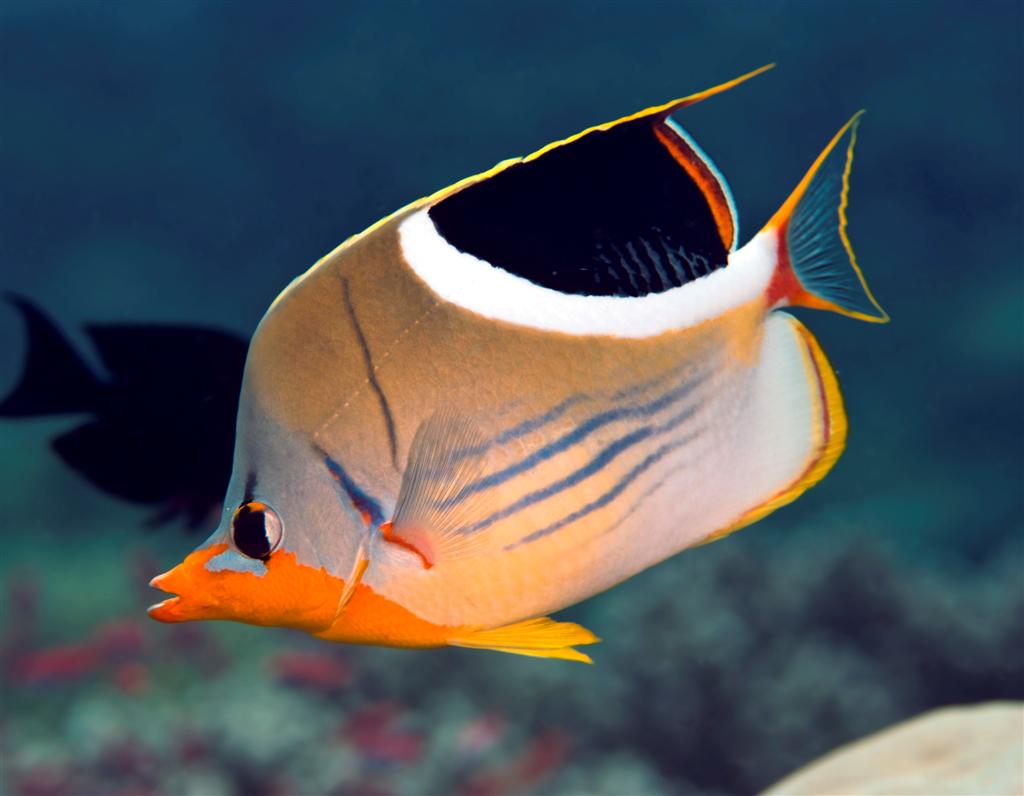 Fig 8: The Saddled Butterflyfish (Chaetodon ephippium). It’s possible to keep in it aquarium but it requires very good water conditions and a large aquarium (it’s a good swimmer and needs space to move). In the wild it feeds on coral and invertebrates, so a fish-only aquarium could be the better option. 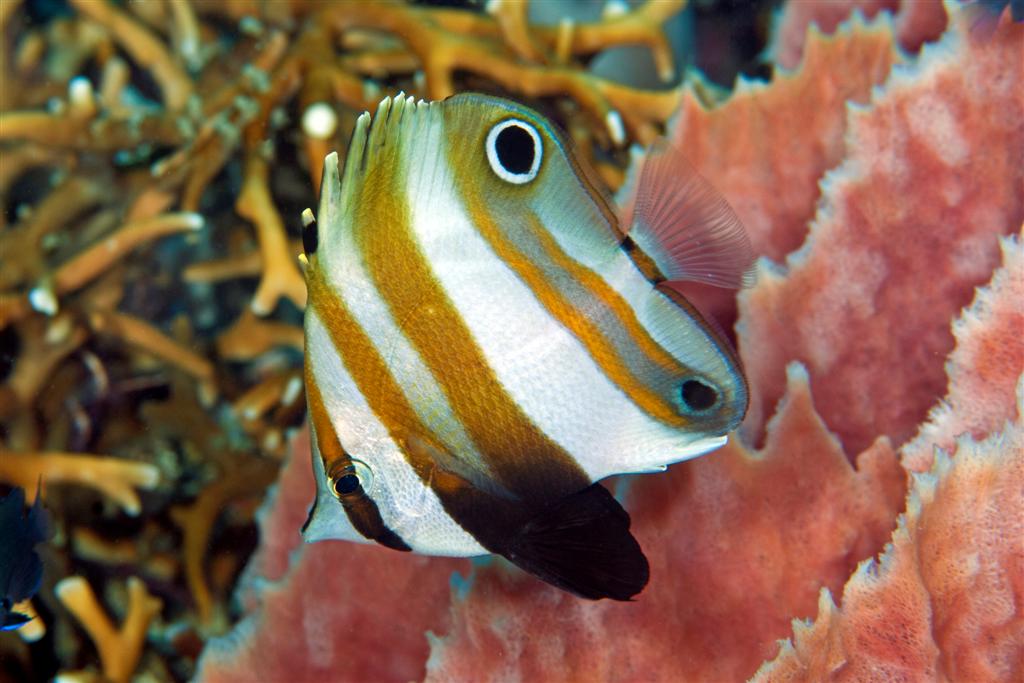 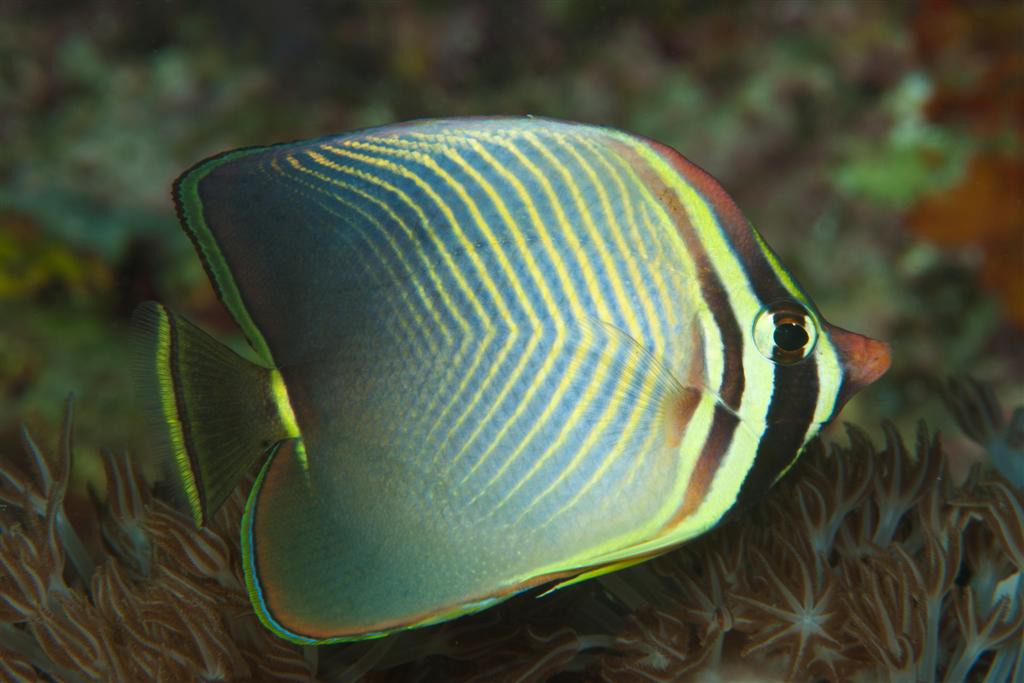 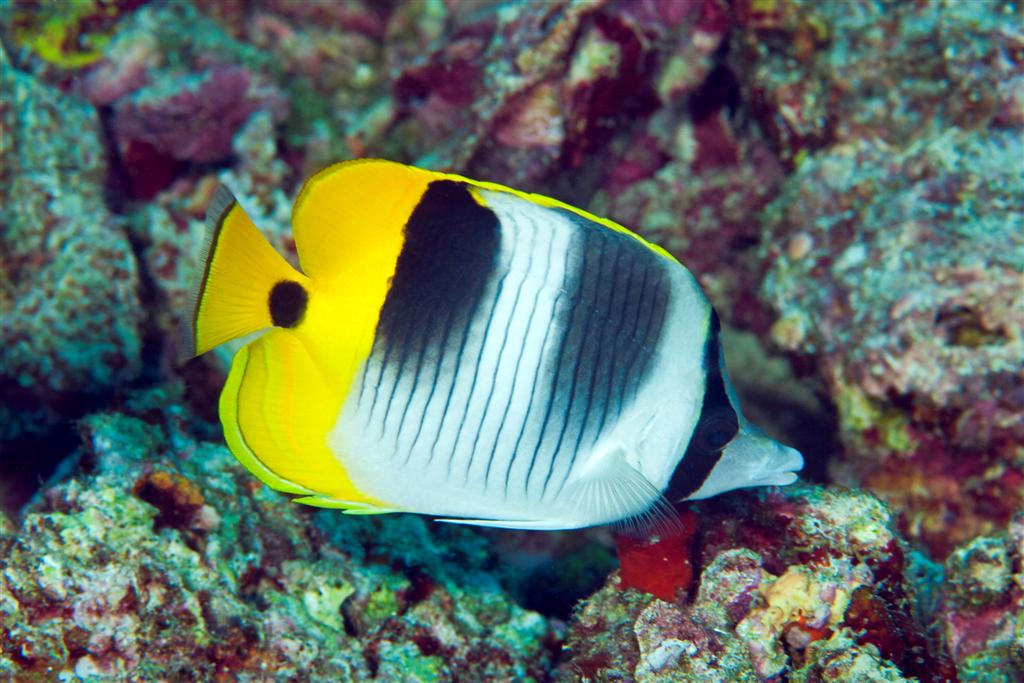 Fig 11: The Pacific Double-Sadded Butterflyfish (Chaetodon ulietensis) is a good tank mate, if proper conditions of space and nutrition are accomplished 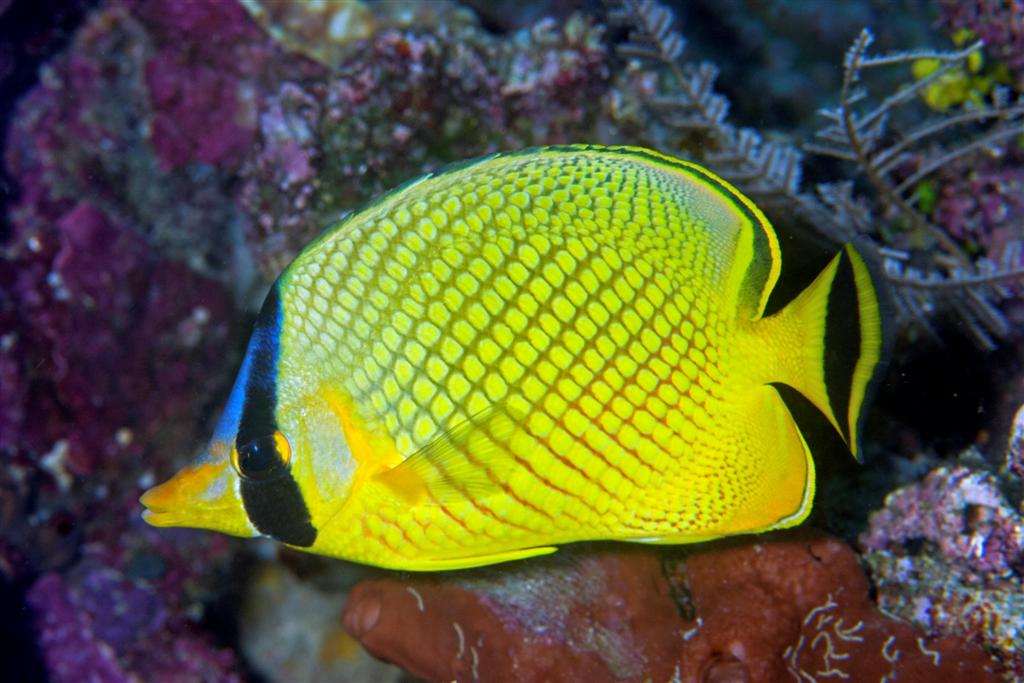 Fig 12: The Latticed Butterflyfish (Chaetodon rafflesi) presents many difficulties and should be kept by advanced aquarists only.

Aquarium Review: Behind the Scenes at the Deep – Part 2