I am really pleased to be able to bring you an update on the status of “Pratt Reef” the 210-gallon reef system located on the campus of Pratt Institute in Brooklyn, NY. The project’s conception and development was the subject of an article I wrote for the 2001 Marine Fish and Reef USA Annual. At its core, the idea was to build a thriving, beautiful captive reef in as environmentally friendly way as possible. To this end, I can claim with confidence that the rock work is almost entirely of aquacultured origins, the corals are over 90% tank raised, and the fish population is carefully chosen to include as many aquacultured and responsibly harvested species as possible. As the accompanying photographs will show, the system has gone through several changes over the past three years, but I hope you will agree that the integrity and promise of the original ideal has been maintained and realized.

Editors Note: There are additional photos of this month’s Feature Aquarium in its Photo Album.

I’d also like to take the opportunity to thank Abbey Braden for the use of some of her beautiful photographs, and to acknowledge the considerable time commitments of my College Work Study students, Samantha Lopez, Tristan Wilson and Dan James, without whose help, “Pratt Reef” would not be what it is today.

A custom made 210 gallon acrylic aquarium and stand ( 84″x 24″x 24″) with built in over flow from Aqua Clear Aquatics. A 40-gallon acrylic sump from ETS is plumbed directly below the main display.

Skimming is provided by an ETSS Evolution 750 downdraft skimmer driven by an Iwaki 40 RLT water pump. Together they provide for very productive waste removal and easy maintenance. Carbon is run continuously in a Magnum HOT canister and is changed roughly once a month.

The main system pump is a Gen X Mak 4. It circulates at a rate of 1190 gallons per hour and returns water to the main display via two flexible modular hoses in the center overflow. Two tunze Turbelle Stream 6060 pumps located at opposite ends of the aquarium provides additional current.

All water used in this system passes through a Spectrapure Spectra+ 2000 75GPD RO/DI unit.

Alkalinity and Calcium are maintained via daily additions of ESV B-Ionic in combination with a rather sporadic dosing with Kalkwasser. Even more sporadic additions of iodine and strontium are used.

There is a roughly 4″ layer of ESV fine aragonite sand covering the bottom of the aquarium. This bed was initially seeded with 10 pounds of live sand from the Florida gulf coast.

The rockwork in the system is comprised of 100 lbs. of aquacultured rock from Florida that was supplemented by approximately 30 lbs. of Indo Pacific rock. 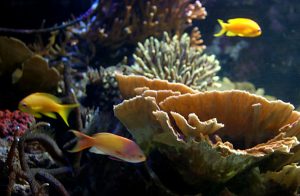 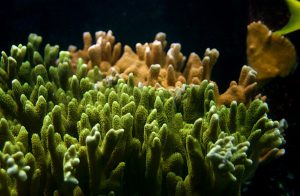 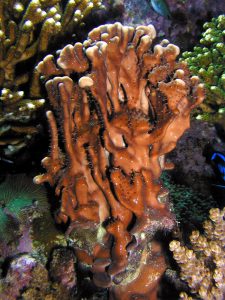 The skimmer is cleaned weekly. Approximately 45 gallons of water exchanged monthly using Instant Ocean salt mix. All other tasks are done as needed.

Coral colonies are numerous and varied with over 90% originating from aquacultured or home propagated sources. 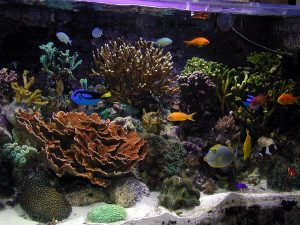 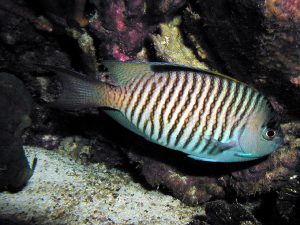 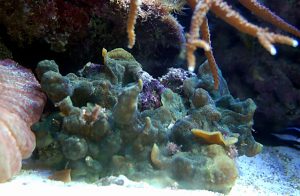 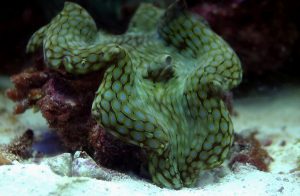 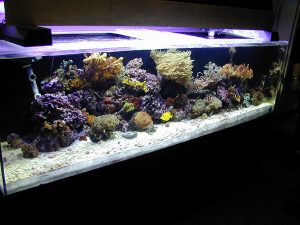 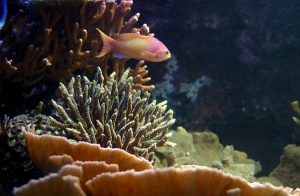 Aquarium Fish: News from the Warfront with Cryptocaryon irritans: Part One of Five

Product Review: Eductors For Water Motion In A Reef Tank