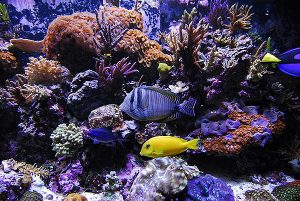 I would like to thank Advanced Aquarist for this opportunity to be the featured tank for the month of November – I would have never thought that after 16 months of receiving animals that my tank would be mature enough to glean that honor. Special thanks to all the reefers who have supported me at www.manhattanreefs.com and to Randy Donowitz for having the confidence in my system to submit the entry. Photos were taken by Jonathan Hale.

My 180g mixed reef was set up in May 2005 and received animals from my 92g corner bow front in July 2005. Since then, the system hasn’t changed much from its original design with the exception of my lighting and skimmer. My initial calculations put me 75 gallons short on my skimmer capacity and with the lighting, so I went from 3-250w XM 10k SE Halides supplemented with 7’ URI VHO super actinic over to 4-250w DE Reef Optix III Pendants with 14k Phoenix bulbs and NO supplementation – the fixture hanging above the tank with the SE’s was too cumbersome to allow ready access to the tank for maintenance and livestock additions or adjustments or fragging. 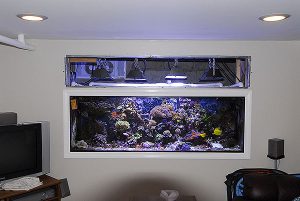 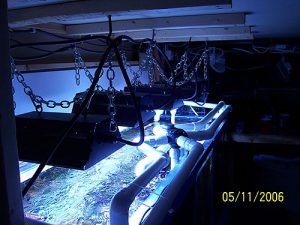 
65g custom Life Reef 3/8” acrylic with dual filter sock drains and baffles. All the mechanical equipment including auto top off float switch, PH and Temp probes, heater, circulation pumps for refuge, frag tank, Phosban reactor and calcium reactor are housed here. I also have 25’ of RO tubing that goes in between the sump baffles to heat up the feed to the RO/DI unit – higher output for $2 of RO tubing. 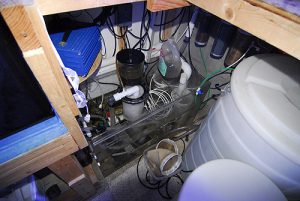 My refugium is an AGA Standard 29g tank that gravity feeds the display tank. This was done purposefully because I wanted all organisms to live when going from the fuge to the display. The refuge houses my deep sand bed – I designed it with a remote DSB so that in the event of a crash, I could take it offline in a second and replace it (DSB) without complication. There is also about 50lbs of live rock, rubble and acres of Chaetomorpha. 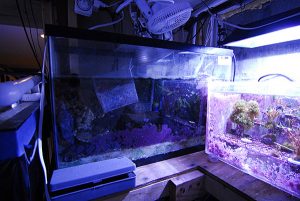 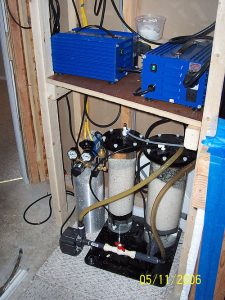 GenX PCX-55 (1100g per hour pressure rated) – There are two returns that get regulated by ball valves – one of the returns is again split into two ¾ penductors. The second return has an Ocean Motions 4 way on it with lock line to direct the flow. The OM alternates to opposite outlets so there is a front to back wave effect. The in tank circulation is powered by: 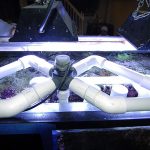 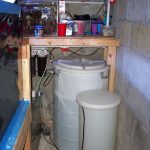 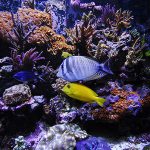 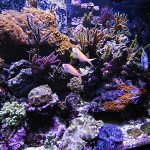 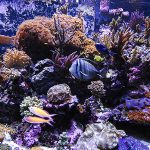 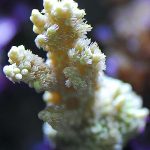 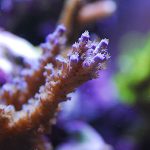 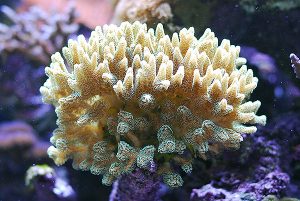 I do weekly water changes of 15g with the 4th week of the month doing a 30g change. After the water change, I dose up B-Ionic 2-part and Magnesium to bring my levels up to: 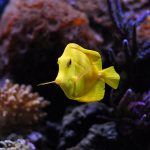 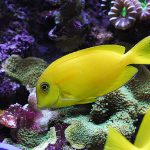 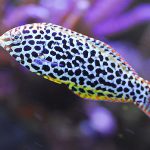 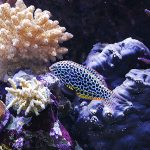