Scrubbing Bubbles-1, Aquarium-0
Or, No Matter How Prepared You Are, Sometimes Things Just Don’t Work

I have moved house a few times over the past few years, and being the dutiful obsessive reefkeeper I am, I read about how to successfully move a tank, what it would entail and how to ensure the process would go smoothly. As the tank is only 29 gallons, the challenge was not in the physical moving of heavy fragile glass, but in moving the livestock and keeping everything healthy for the transition. For each move I prepared the new tank site with more than enough new SW, warmed and aerated, lots of old towels, plastic garbage bags to spread on the floor to catch drips, more airstones to drop into the livestock holding buckets—everything I could think of that I might possibly need. And each time it was a success—I never lost a single fish or coral—until …The Disaster.

Last year I was moving into a new house, so of course the tank had to be moved again. This move was over a fairly decent distance and I only had help for a little while so I decided to move all of my belongings and the tank in the moving truck. After the truck was packed with all my regular stuff, I drained the tank, put all the fish in one bucket, the corals in another, the rock in a bin, and left the sand bed in place. Tank, stand, and canopy went in the truck followed by the buckets, which I left uncovered to allow oxygen exchange over the hour drive (um…yep.).

I drove the truck to the new house uneventfully, got the truck backed in to the front door and went in to do a last check of the tank’s new site before I brought everything in (the tank was getting set up before I moved any of my other things in—I’m sure everyone does it that way, right?). As I was standing admiring my forethought and planning with my nice mixed water, towels, et cetera, my brother came in and said “Uh, Chris, I think we have a problem.” He then handed me the fish bucket, which had a fine foam floating on the top and reeked of some familiar chemical smell that I couldn’t immediately place.

“What the %*@#$?” I dug through the foam, but all the fish were near death. I scooped out the few which still had signs of life and got them into clean SW with aggressive aeration…which of course just made the fish foam up even more. I had little dying bubble-balls drifting with the current. I then got the coral bucket, and while less foamy, it was clear this one got dinged as well. In an attempt to save something, anything, I set up the tank with the rock and clean water, put the corals in the tank with lots of flow, kept the fish in a clean aerated bucket and sat down to watch the carnage. Hours later it was clear it was a total loss—the only thing that had helped the situation was ethanol, in the form of Merlot, with which I toasted my departed pets and drowned my sorrows.

So what had happened? In the moving truck there had been a crate with a can ofScrubbingBubbles (a foaming bathtub cleaner), with the top on firmly in a crate up high and sort of near the back of the truck. Somehow, during the drive, the can jumped out of the crate (which hadn’t fallen), tumbled end over end, the cap came off, and the can landed in such a way that the aerosol nozzle depressed, discharging the entire can directly into my buckets. Nothing else in the truck was wet.

If I spent the rest of my life trying to replicate that fateful fall I know I never could. In the words of Kurt Vonnegut, “So it goes”— words that ring all too true for aquarists.

The moral of the story? When moving a fully stocked tank be prepared, plan ahead and plan wisely, but also realize that sometimes all the planning in the world can’t prevent a disaster. 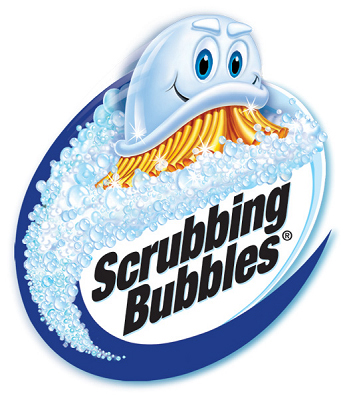