Lateral Lines: The Sun Is A Mass Of Incandescent Gas

The sun is a mass of incandescent gas, a gigantic nuclear furnace -They Might Be Giants

The sun is very important. The sun is so important that my entire life has revolved around it. This article is intended to bring attention to that magnificent ball of burning gasses above our heads. It is important to understand what the sun is and does, because upcoming articles will be comparing the differences between using sunlight to using common aquarium lighting in the home aquaria. 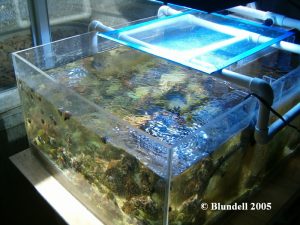 Coral Farmers often use sunlight as their primary source (and often only source) of light.

Let me start describing the sun by saying this… it is big. Really big. The sun is 870,000 miles in diameter. By comparison that is 109 times larger (in diameter) than the Earth. This means over 1 million Earth’s could fit into the sun! And you thought this world was a big place?

The sun is also very important. It may take eight and a half minutes for the light and heat from the Sun to reach our planet, but it vital to Earth. If it wasn’t for the heat coming from the Sun’s surface (which is roughly 10,000 degrees F) our planet would be frozen-cold tundra. The Sun is responsible for our atmosphere, our water cycle, photosynthesis, and simply put all life on our planet.

So how do we use the Sun for our aquariums? 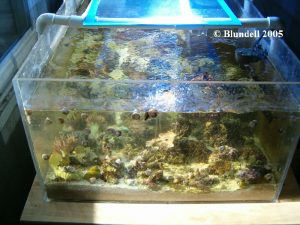 And that is a shame.

Here are ways that a few people do capitalize on the awesome power of the Sun. Green house aquariums are growing in popularity. The attractiveness of “natural light” which is also cost free is enticing to the hobbyist.

In addition to greenhouse efforts sunlight can be used by skylight systems. These are typically not flat panels but are instead light cylinders used to transfer and direct sunlight from a rooftop directly into the aquarium.

Another way in which some use sunlight for home aquaria is by indirect methods. Having a window by an aquarium allows at least partial illumination by sunlight. 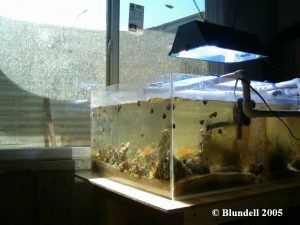 I recently took PAR (Photosynthetically Active Radiation) measurements of several aquariums using sunlight, as well as several areas were sunlight is found. These readings were all taken with an Apogee Quantum Meter, model QMSS (Elec). Last month in The Advanced Aquarist Magazine there was a wonderful article written by Dana Riddle which describes these instruments (http://www.advancedaquarist.com/2005/7/review). I have always been a big fan of Dana Riddle and I can safely say that his analysis of the instrument is far better than I could ever do; so I am directing readers towards his publication for further information.

Sunlight measurements are incredibly fickle. That is the technical term I’ve come to know. For instance, standing outside in the middle of the day under direct sunlight PAR values of 1600 µmol·m²·sec are typical. Move just under the shade of a tree and the PAR is significantly cut to around 90 µmol·m²·sec. Now close the blinds on your windows and just sit in your living room with ambient light; that is around 5 µmol·m²·sec. Needless to say the human eye is just not capable of qualifying light. 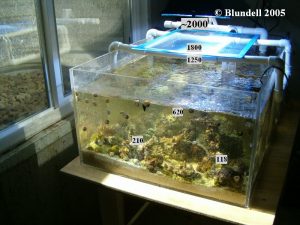 These two pictures show representative values of PAR readings with a halide bulb, compared to the halide plus afternoon sunlight.

Most of the findings presented here and in future publications follow the format presented by Mike Kirda in The Advanced Aquarist Magazine (2003). Mike’s article kicked off a great interest in this field and he is to be commended for those efforts. All values are in µmol·m²·sec units.

Unfortunately I have only been able to take PAR readings of a handful of aquariums using sunlight. What are described here are just the beginnings and initial examples. The tank shown below is my original tide pool testing aquarium. The current setup uses one 400 watt 10K AB halide bulb, and the effects of direct and indirect sunlight.

The numbers represent the PAR readings taken with the halide on during the late night hours (to remove sunlight measurements). After the readings were taken the light was turned off and readings were taken again (which was challenging to do in complete darkness). These readings were undetectable verifying that the only light being read by the meter was in fact halide light and not ambient or window light. 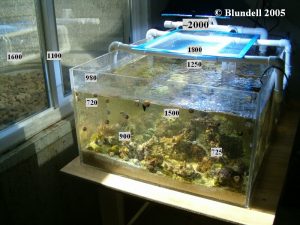 A couple of quick observations regarding these measurements. The halide bulb itself approached and surpassed 2,000 µmol·m²·sec, which unfortunately is the maximum value reported by the meter. The light was cut to about 1,800 µmol·m²·sec at a distance of 6 inches. The light then passed through a standard 1/8″ picture frame glass. The light was then filtered to 1,250 µmol·m²·sec before hitting the water’s surface. In other words about 30% of the usable light was
filtered out by my glass shield!!! The PAR just below the water surface is 620 µmol·m²·sec, again another huge cut by now another 50%. 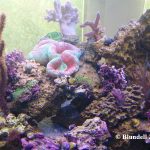 Pictured here is Mark Peterson’s aquarium. This 75 gallon aquarium is dependent upon sunlight as its primary source of light. 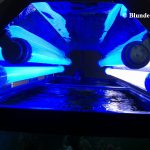 The next aquarium shown here is owned by Mark Peterson. This aquarium only uses four 110 watt vho bulbs, and of course window sunlight. Mark’s aquarium is labeled here with values taken without direct sunlight. What was noteworthy to me were the lower values taken right on the clams. These readings were actually being taken in regards to a project relating to clams themselves, but are still of great interest here. For an aquarium like this, the sunlight would generate a larger portion of the light being used.

The data shown here was measured with only indirect sunlight, and not direct sunlight. These values are well below the reported ideal values. This giant clam (apprx 10 inches long) is most likely thriving due to the direct sunlight it acquires in the morning hours.

In conclusion sunlight is super important. It is certainly capable of lighting a home aquarium. How much sunlight can we use and how well can we use it? We still don’t know… but we’re on the way to finding out. 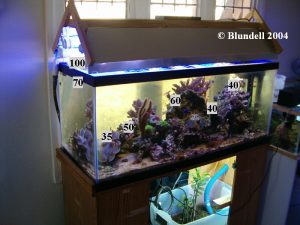 The sun is not a place where we could live, but here on Earth there’d be no life without the light it gives -They Might Be Giants

This article is an ode to the Sun in appreciation for the instrumental role it plays in life on Earth. I would also like to personally thank They Might Be Giants for their efforts to enlighten the masses on the great fiery mass that we are blessed to see on a daily basis. I would like to give a special thank you to Dana Riddle for being an inspiration and mentor. I appreciate all he has done to help me (and all other hobbyists) learn what he knows so well. Finally, this project and further tests would not be possible without the support and partnership of my dear friend Corey Kruitbosch. Corey, I am indebted (and so very thankful) for your participation and contributions. 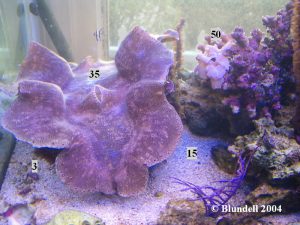 Without the Sun, the Earth would be a dark, cold, dead place. -Nasa Observatorium