Podcast: Interview With a Sponge Scientist

The following recording is an interview with Dr. Joseph Pawlik, a marine ecologist at the University of North Carolina in Wilmington (UNCW) who focuses his research interests on the chemical ecology of reef sponges. Joining me for the interview is Chris Jury who is a recently enrolled graduate student at UNCW. Some of the topics discussed in the 45 minute podcast are the basics of how sponges function, the ecological significance of sponges, how sponges interact with corals and some of the symbiotic relationship between sponges and other organisms. The program is filled with anecdotes and stories about sponges so even if you’re not that into sponges, I hope that this audio presentation will be entertaining nonetheless. Enjoy. 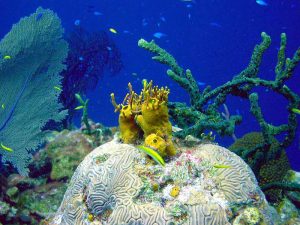 Figure 1. Aplysina species are a highly variable group of sponges. This is an example of a specimen growing in shallow water. Photo courtesy of Joseph Pawlik.

Listen to it now! 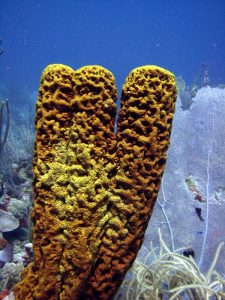 Figure 2. This specimen of Aplysina is growing in a much deeper and calmer environment than the example pictured in figure 1. 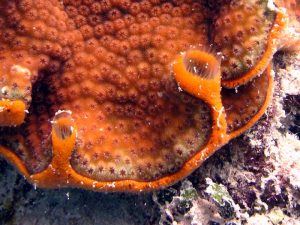 Figure 3. This Mycale species is known as the orange icing sponge. It is commonly seen growing underneath plating morphs of Carribean corals, especially Montastrea sp (pictured). Although the sponge might seem detrimental, it actually protects the undersides of plating corals from the boring sponges which weaken coral skeletons. 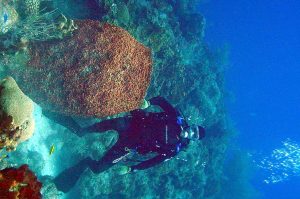 Figure 4. Some barrel sponges grow so large that they can easily hold a full grown person. Although it is tempting, divers should resist the urge to climb in for fear of damaging such a delicate and slow growing creature. Photo courtesy of Joseph Pawlik 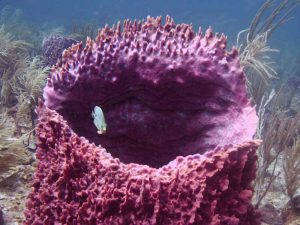 Figure 5. This is another example of a giant barrel sponge. It appears as if it could engulf the full grown four eye butterfly fish in the fore ground. 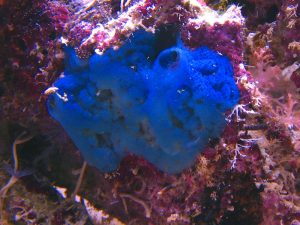 Figure 6. Although the husbandry of sponges in captivity is poorly understood, this blue sponge species has grown out from Fiji live rock in the soft coral aquarium of Teresa Donelan.