This is how marine biologists go fishing 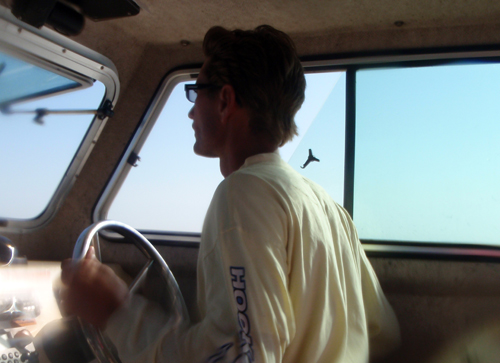 If you live on Long Island and you want to hire a charter boat to take you out in search of a trophy shark, tuna, striped bass, or anything else they think they can promise, there’s no shortage of captains ready to take your money. If, on the other hand, you just want to have the best day of your life out on the water enjoying our local marine life, one outfit really stands out. 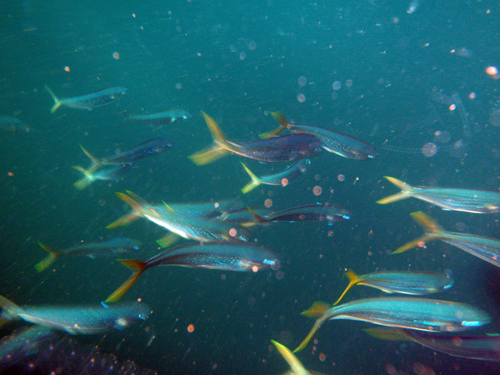 A school of young Mahi-mahi. Captain Greg patiently waited while I jumped in to photograph them.

Whether you want to see whales, dolphins, sharks, or turtles, Captain Greg Metzger of Reel Science Charters knows where to find them. Whether you’re a graduate student who needs more data points for your shark-tracking research, or an aquarium nut who wants to spend the day scooping up sargassum weed in search of marine life for your tank, Captain Greg delivers. Want to jump in the ocean with a Mola mola? Captain Greg is okay with that. One time he even let me jump in, right in the path of a school of bluefin tuna. Here’s the video:

Of course, if you just want to fill your freezer with enough tuna for a year’s worth of sushi parties, Greg can arrange that too. 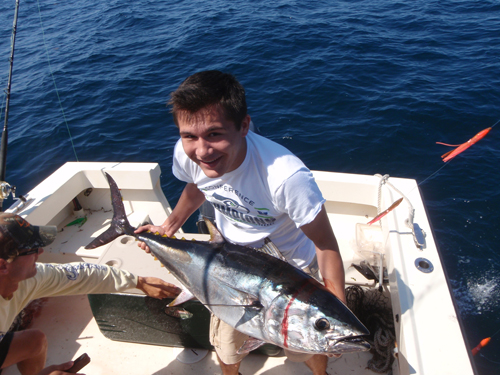 For Zachary Zublionis, the day was more about reeling in this guy – a 54-pound yellowfin tuna.

Metzger, a marine science teacher at Southampton High School who can’t get enough time on the ocean, is currently involved in research projects with scientists at the New York Aquarium, tracking sand tiger and mako sharks, as well as NOAA scientists working to define the local nursery grounds for white sharks.

This past weekend, Ashleigh and I went out with Greg and encountered so much awesome ocean life, that it will take weeks worth of posts here to properly showcase all of it – so stay tuned.  At the end of the day, we had enough tuna and mahi-mahi for a week’s worth of seafood feasts, and a spectacular array of creatures, scooped from sargassum weed and drifting buoys. 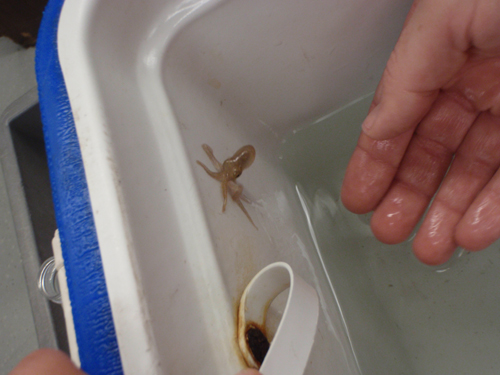 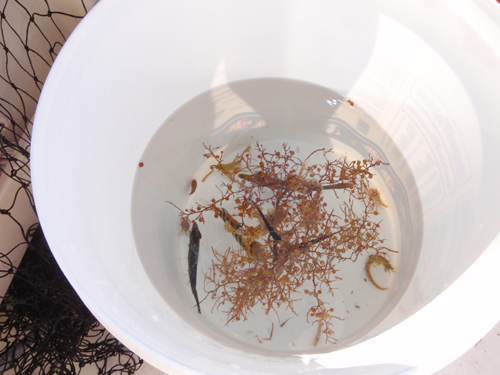 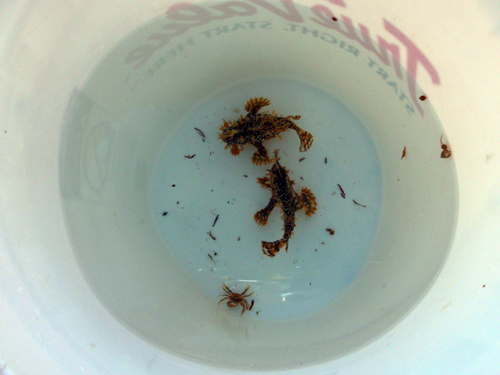 Some more of the day’s catch, including a baby octopus, scrawled filefish, and a mated pair of sargassum fish

Reel Science Charters doesn’t have a website, but if you’re interested in hiring him out, Greg can be reached at (631)988-6305.