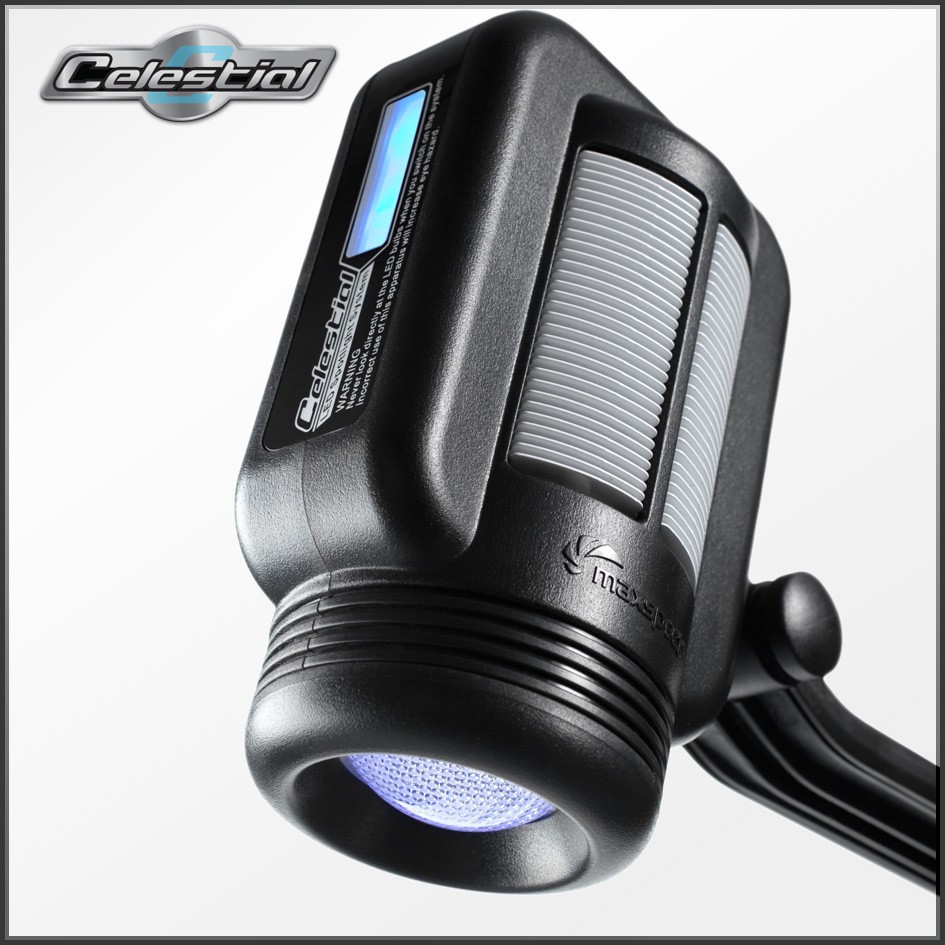 It’s been almost a year since it’s MACNA 2013 debut to the aquarium keeping world, but the Maxspect Celestial LED spotlight is finally close to a public release and its announcement is being accompanied by a whole bunch of new information. What we already known over the past several months was that the Celestial was a pendant-style LED light that incorporated the tiny Maxspect controller right into body of the light. What we weren’t expecting, however, was the fact that it would be available in three different models. The Celestial C35, so named for its 35watts of power consumption, will come in a full-spectrum RGB model that has a total of four channels of independent control, along with a dual-channel actinic version and a dual-channel algae friendly version for growing algae in a refugium. The flagship model, in all likelihood, will the be Celestial C35-F, the full spectrum version. The full-spectrum nature of the light will make it a great choice for illuminating just about every marine aquarium out there, and the robust control will let users fine tune the color to their liking. Across its four channels, this multi-chip LED light features: Channel A: Super Actinic (x2)410nm, (x2)420nm, (x2)430nm Channel B: Blue (x2)445nm, (x2)465nm, (x2)485nm Channel C: White (1)5000k Cool White, (1)3000k Warm White, (1)660nm Hyper Red Channel D: White (1)5000k Cool White, (1)3000k Warm White, (1)500nm Cyan The other sure-to-be popular model is the Super Blue Actinic C35-S. As its name suggests, it emits a whole bunch of blue light MORE: Maxspect Celestial C35 Spotlight Announced in Three Colors