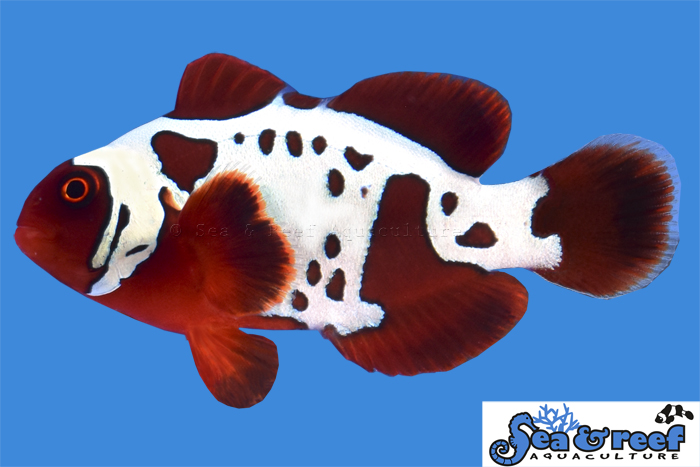 The offspring from this unique crossing display a variety of interesting patterns. The Gold Lightning Maroon (Premnas biaculeatus) reaches a maximum size of about 6″ (15 cm) in length. A remarkable feature about the Gold Nugget Maroon is that they start out white.  As the fish matures, the color changes from MORE