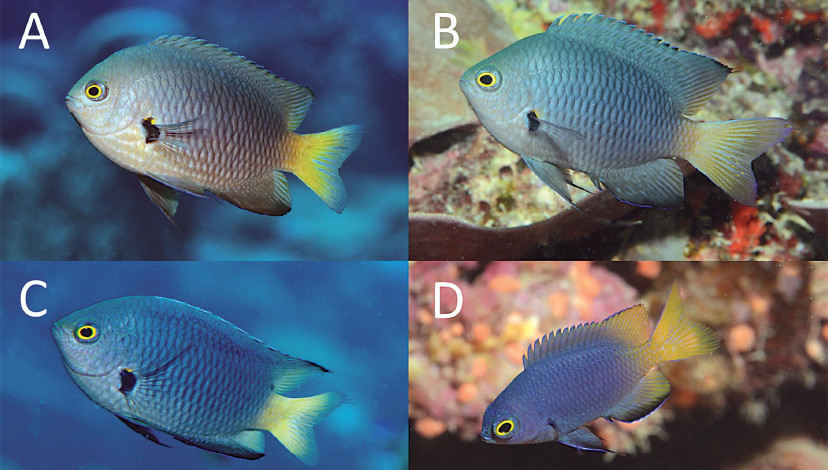 Back in February, we welcomed into the world four new species of damselfishes from the Pomacentrus philippinus group, and now there’s a new member to meet: the Yelloweye Damselfish (P. flavioculus). It’s easily recognized in this species complex thanks to its namesake yellow eye, and it’s honestly a bit surprising that this fish could hide in plain sight for so long. Sure, it’s not the most vibrant or charismatic of species, but it has a bright yellow eye… how did that get overlooked?

P. flavioculus is reported from both Fiji and Tonga, but previously it had been confused with another member in this group, P. imitator from the Coral Sea. The two are, however, quite different… P. imitator has a dark eye and white tail, while P. flavioculus is yellow in both. And genetically these are easily told apart, indicating a fairly lengthy period of isolation from one another. 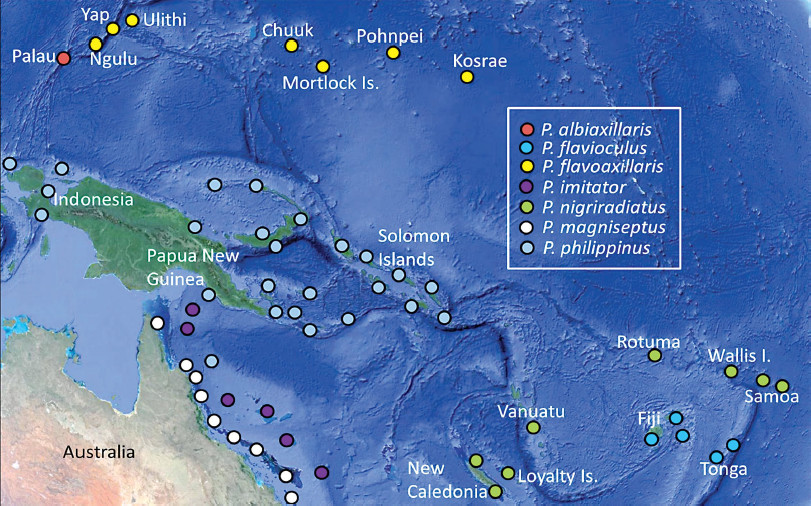 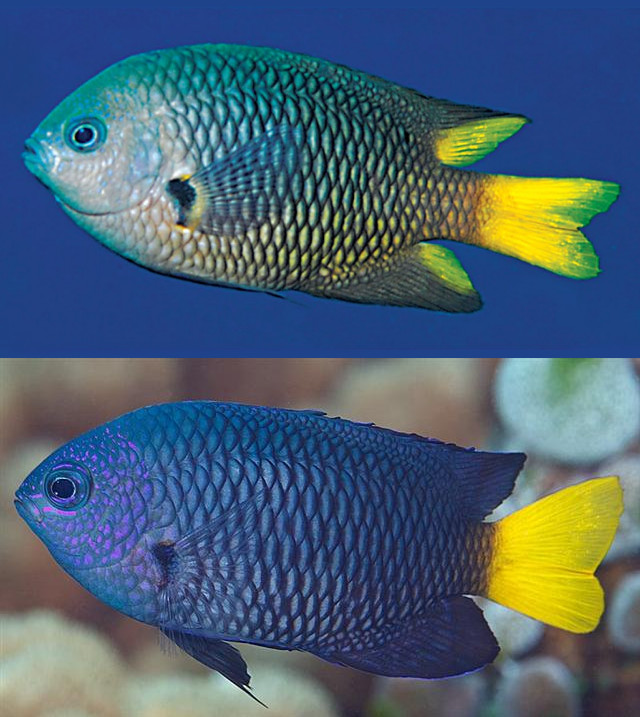