I recently upgraded my tiny 3 gallon reef vase to a 9 gallon reef bowl. Even though I am a terrible person for almost never feeding the corals, I still struggle with Bryopsis hair algae. I used some old rock that I’ve been carrying around with me for about 10 years, and when these rocks were in a 6 gallon nano, I used to grossly overfeed that fish to entertain my toddler. We can talk about more natural methods of algae removal like maintaining low nitrates and phosphates, manual removal, and clean up crew critters, but at the end of the day, we all know Bryopsis is a pain to get rid of once it takes hold. There’s no shame in looking for chemical help as long as it’s reef safe and you’re willing to learn from your mistakes. 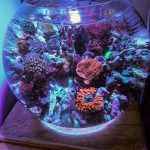 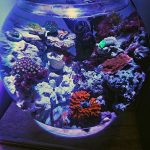 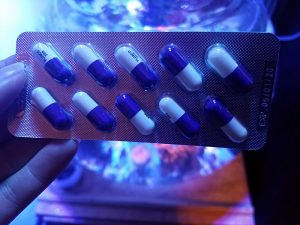 Using Fluconazole to kill Bryopsis is still pretty experimental, but its use has been well documented on several online forums, and users are reporting no side effects. If used properly, it seems to be completely harmless to corals, fish, inverts, and all other algae types except Bryopsis. Fluconazole is an anti-fungal drug. Bryopsis and fungi share a similar ergosterol (similar to cholesterol in animals) producing process, and the drug Fluconazole works by blocking necessary ergosterol which is needed to maintain the structure of the algae’s cell walls.

My friend Justin recommended a website to buy the Flucon from. I went on a trip to visit my sister for a week and instructed my boyfriend not to do anything to the reef bowl except to top it off. Up until now, I’ve just been manually removing the Bryopsis. When I got back from my trip, the tank was overrun with Bryopsis, but the Flucon had arrived in the mail. I removed as much Bryopsis as I could by hand, then dosed the Flucon. I followed the instructions kind of loosely. I didn’t dose it on consecutive days because I’m a time optimist who is always running late. Still, each day I could see the Bryopsis dying. Did Fluconazole work to kill my Bryopsis hair algae? 100% yes. The Bryopsis I’ve had for years is completely gone. It’s been a few weeks, and there are no signs of it coming back. Some users reported Flucon may kill bubble algae, but it did not affect the bubble algae in my tank at all. 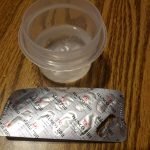 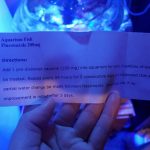 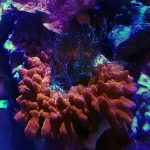 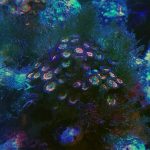 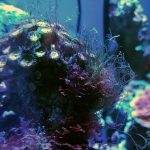 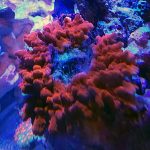 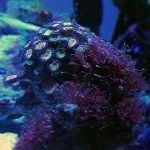 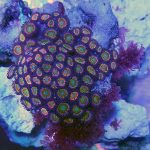 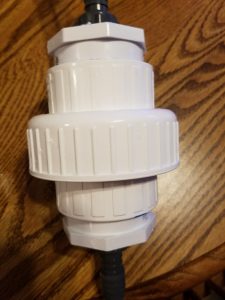 I don’t have a filter on my reef bowl, just a powerhead for flow. After the Flucon treatment and several 50% water changes, I wanted to add some chemical media to remove any remaining medication. I built a tiny canister filter out of some PVC pipe and a tiny fountain pump and stuffed it with polyfilter.

I was curious to see if there would be any side effects in my tiny tank. My hermit crabs seemed to be more sluggish on Flucon, but my peppermint shrimp, inverts, macrolagae, and corals are fine. My corals are doing great, actually. My M. setosa has always had a large hole in the middle and it struggled to compete with the algae that grew there. Since the Bryopsis has been killed, it is already growing over the hole and looks much healthier.