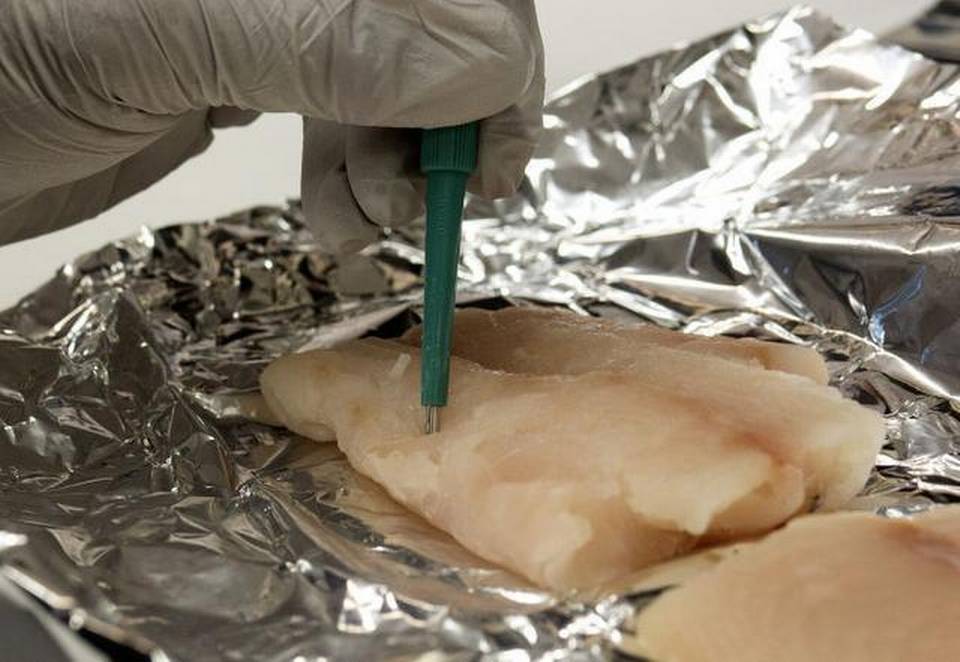 Scientists at the University of South Florida have come up with a device that will allow users to determine if that pricey restaurant fish is actually what is purports to be. The average diner probably would be unable to tell the difference between a pricey grouper versus an inexpensive fish presented as grouper. It is estimated around 30 percent of the seafood entering the U.S. is mislabeled. Add to that the average restaurant mark ups, and what you get on your plate may not be what you paid for. The ‘Grouperchek’ is a hand held device that can be used by anyone who purchases the fish for re-sale, to make sure it is legit. The whole testing process takes about 45 minutes and only costs $30.00. That is a big improvement to the previous tests which could take up to a couple of days for results and cost much more money. The test can also be performed anywhere, and used on raw or even cooked fish. I think you should get what you pay for and this device sounds like an awesome quality control device to make sure you get what you pay for. Because really, isn’t that what everyone wants and deserves? MORE