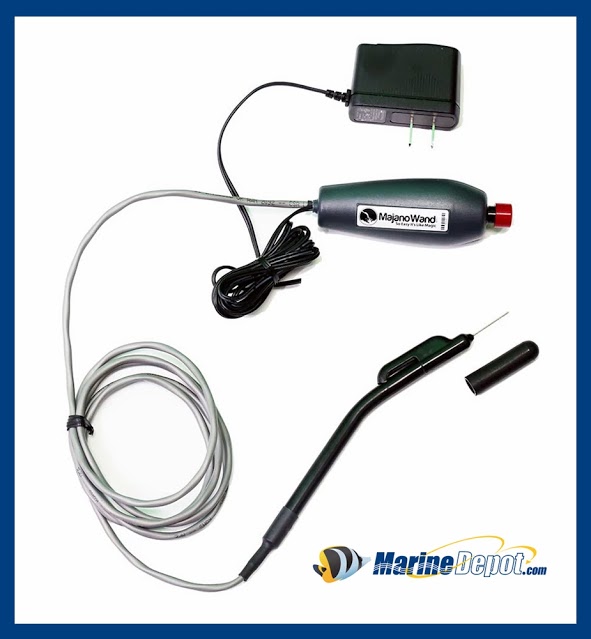 The Majano Wand, Paul Baldassano’s DIY solution to inflict death upon pest anemones that eventually became a mass produced death dealing device, quickly became a favorite among aquarists seeking to indulge their sadistic side. For once, saltwater hobbyists had a nearly surefire way to eradicate Aiptasia and Majano anemones, and now there is a more compact model hitting the store shelves. The Mini Majano Wand, as it is called, sports all of the same features that made the original so popular, but has a shorter staff that is a mere 5″ long. This length gives the shorter wand a little more flexibility for nano aquarists, preventing them from having to use too big a tool for the job. The Mini Majano Wand is priced at $110, which is just $5 less than its bigger brother, the original Majano Wand. Considering that the only difference between the two is the length of the wand, the price point isn’t much of a surprise. The mini version isn’t quite available, though Marine Depot has them listed with an expected availability within the next few days MORE: New Shorty Majano Wand Packs All the Punch in a More Compact Version