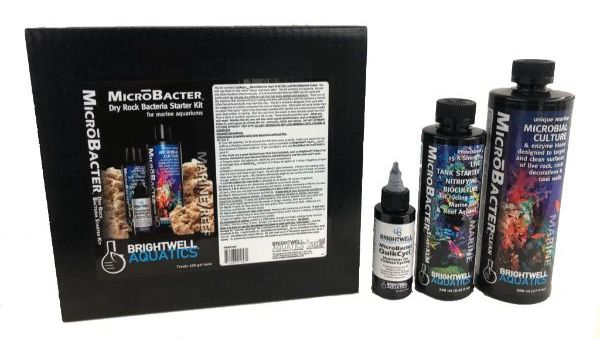 I’ve had many tanks. More than I ever needed. I simply could not decide if I want a small tank, a mid-size tank, an as large as the floor structure can handle tank, or no tank at all. I went through all these phases until I settled on the reef aquarium I currently own, pictured below. One thing that links all these aquariums I went through was the use of so-called live rock. Every saltwater aquarium (unless you’re going for that open ocean theme) needs rock for corals to grow and for bacteria to multiply and help in biological filtration.

Back in the day, the actual live rock i.e. rock that has been pulled from the ocean, was the gold standard in the hobby but that trend was later replaced with dry rock (rock harvested from an ancient reef that’s now part of the landmass) and man-made ceramic rock as a safer, eco-friendly alternative. While there is no argument in favor of using live rock today (unless it’s from another reef tank) , dry and artificial rocks have one major disadvantage- they are essentially dead, devoid of any life that would establish biological filtration in a newly established saltwater aquarium. Again, the number one solution most reefing aficionados implement is to take a piece of live rock from somebody else’s tank or aquacultured rock from a local fish store. This is a perfectly acceptable method that I myself used to start the current reef aquarium I have, but I have to admit that if I could go back in time and do it again, I wouldn’t take a rock from another tank to “seed” my own. Why? Well in my opinion, no matter how well maintained and clean the reef tank you are sourcing your piece of live rock from is, it always turns out to be a mini aragonite Pandora’s box. An Aiptasia anemone here, a flatworm or a parasite there… In my case, it was not something that would harm my corals or fish, but rather an ugly type of fast-spreading GSP-like coral that competes rather aggressively with other inhabitants of my reef for space. In other words, I hate it with a passion. 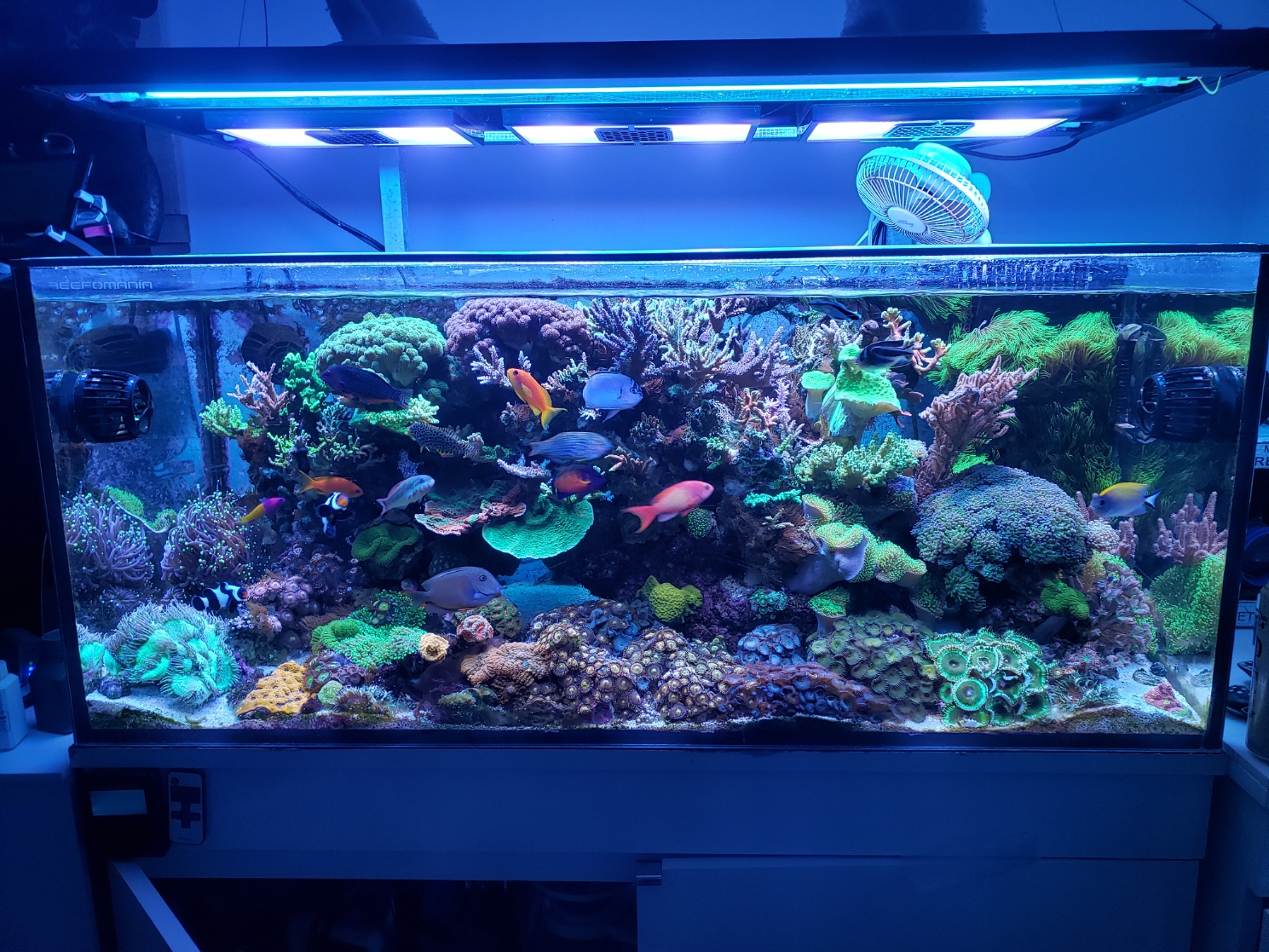 The ideal scenario would be to have a tank furnished exclusively with dry rock that can be brought to life without the use of live rock. That brings me to this new product from Brightwell Aquatics called MicroBacter Dry Rock Bacteria Starter Kit. While there are and have been for some time products designed to “seed” new reef tanks with beneficial microorganisms, what Brightwell Aquatics offers with this new kit looks like the most complete reef tank biological starter to date.

The first two products,  MicrōBacter QuikCycl and MicrōBacter StartXLM, are to be used in conjunction as a cycling “initiator”. In essence, Start XML contains a blend of live nitrifying bacteria, and QuickCycl, the source of energy for that bacteria. There’s more to it, of course, but I bet you don’t need me to bore you with technical details when you can go get that info directly from the manufacturer (links to all three products in the kit at the end of this article). 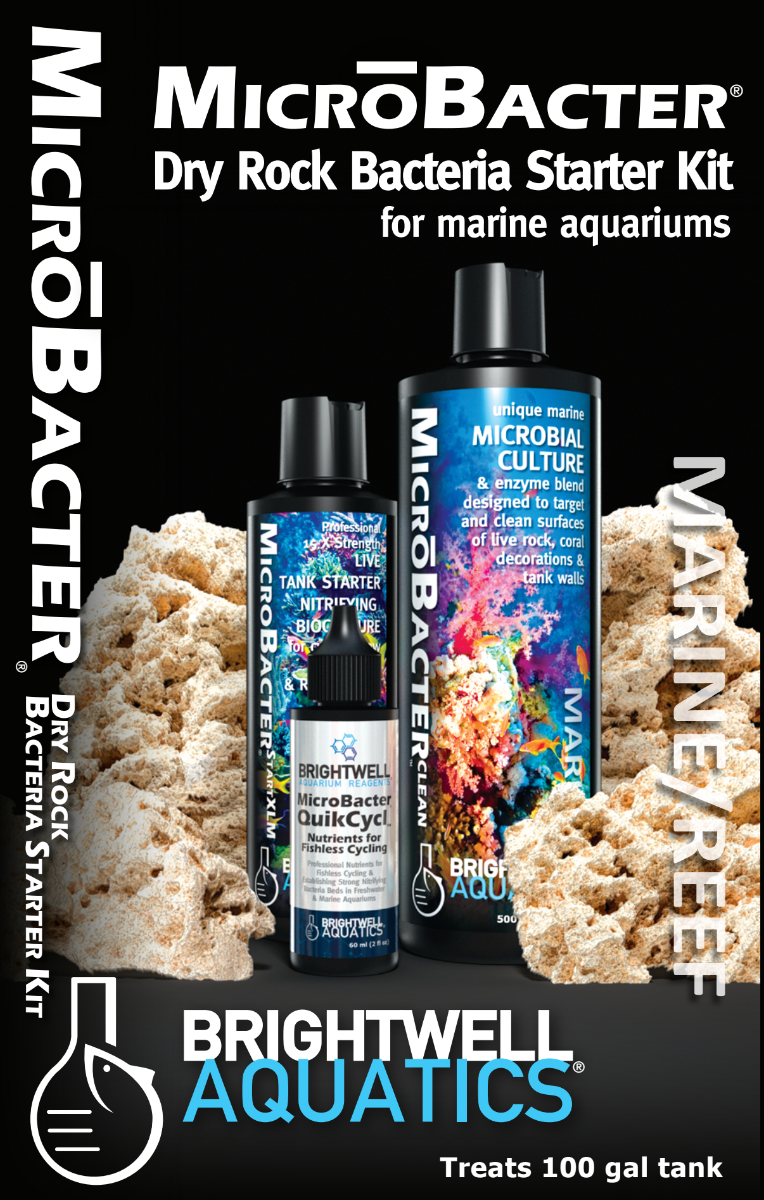 After the initial cycle phase, which with the use of the two earlier mentioned liquids, Brightwell estimates takes 5 to 7 days (although in my personal opinion, it varies heavily depending on one of the many million variables that make every reef tank unique), the third liquid, MicrōBacter Clean comes in. It’s used to ease the so-called “ugly phase” every tank goes through, where everything is kinda safe for fish and corals, but nuance algae and cyano take turns to mess with your confidence as an aquarist.

One MicroBacter Dry Rock Bacteria Starter Kit provides for a tank up to 100g and retails for around $36. 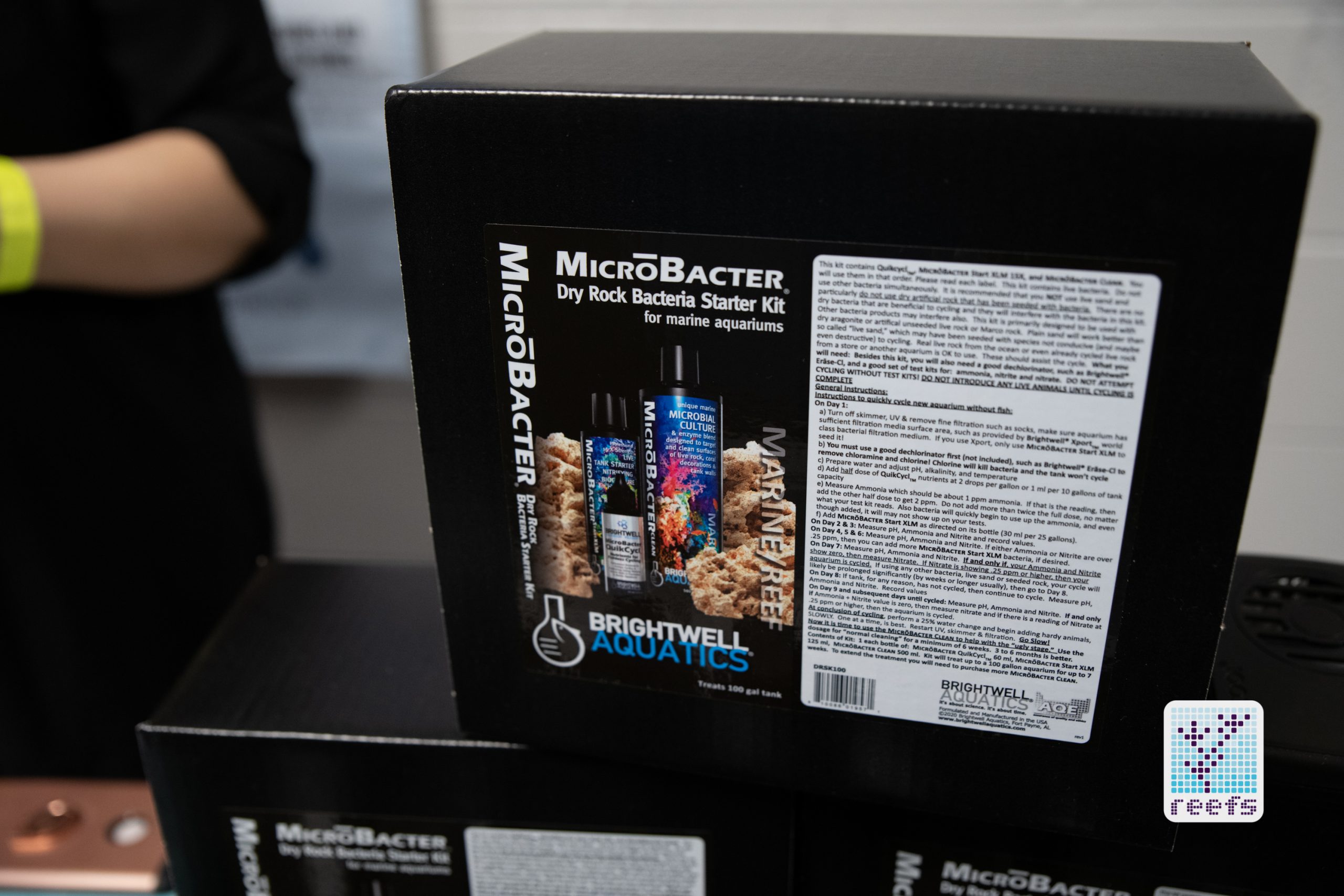 You can learn more about each product in the kit by visiting their respective product pages:

Brightwell Aquatics makes tons of good stuff for both the marine and freshwater aquaria and I bet this saltwater tank starter kit will not disappoint either, so go get it for that social distancing aquarium startup you are secretly putting up.