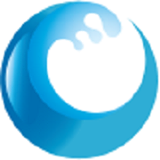 Deepwater Aquatics, the full service marine aquarium distribution company, is known for offering some of the most premium brands on the market to local stores; they have distribution deals with AquaIllumination and Aquaforest, as well as (50) more specialty brands. 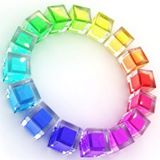 Pacific Sun is a leading European Aquarium Lighting and specialty Manufacturer. It was founded in 2002 and began dealing with the import and breeding of marine animals and propagation of hard corals, and in 2009, their first mass-produced fixture gained worldwide attention.

Recently, the Pacific Sun LED and T5 aquarium lighting fixtures have captured the public’s eye; the largest in the line comes with six LED panels at 150 watts each, and has an additional six slots for 54-watt T5 bulbs. The mid-level model has 145w LED panels and the lowest has a 75w cluster. But all are configured and controlled wirelessly through Bluetooth or Wi-Fi interface, with a clear and easy-to-use application that is run on a PC-based computer(Windows or Mac OS).

Deepwater Aquatics expects to begin shipping orders to retailers across North America within the next few weeks.